BJP’s Distortion Of Indian History For The Upcoming Generation

While exploiting history to further nefarious ends may impair social harmony and peace in our society, history can be used to help plan for the future.

For the average person, history has become highly intriguing under India’s current political system. Odd assertions about Indian history, particularly the medieval era, are made by the RSS and other Hindu right-wing organizations. These claims are used to widen the gap between two populations in India. Unbiased historical research reveals that a number of kings attacked and conquered what is now known as the Indian subcontinent in the past.

The subcontinent has historically drawn occupying armies from central Asia because of its abundance. Mahmud of Ghazni repeatedly invaded and pillaged India for the same reason. Prithvi Raj Chauhan was defeated by Muhammad Ghori in the second battle of Tarain. Qutb ud-Din Aibak succeeded Ghori as monarch of the recently established kingdom, which subsequently evolved into the Delhi sultanate. Zahir-ud-Din Ibrahim Lodhi was defeated by Muhammad Babur in the first battle of Panipat, and Muhammad Babur thereafter founded the Mughal Empire. 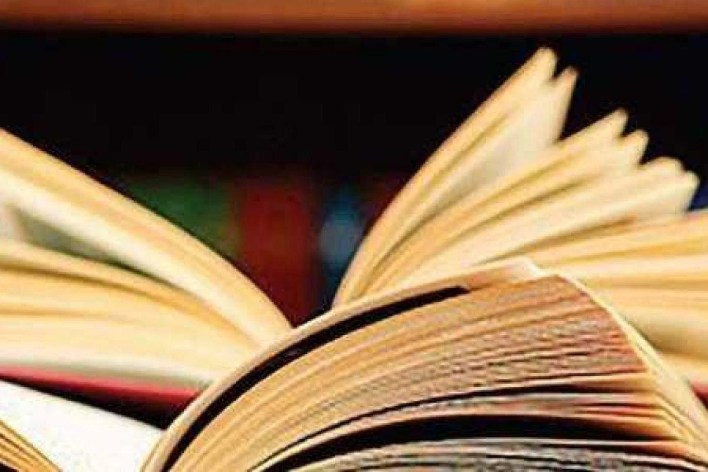 The Sangh Parivar makes hazy statements concerning India’s former Muslim past. They claim that hundreds of Hindu temples were demolished, turned into mosques, and Hindus were coerced into becoming Muslims. Because of Islamic brutality, Hindu towns were pillaged, and the subcontinent’s civilization became filthy.

Violence was introduced into a tranquil culture by Muslim rulers. The majority of these assertions are inflated lies. Despite the fact that many temples were destroyed throughout the Sultanate and Mughal periods, we must carefully consider these specific historical facts.

We should consider if the desecration of the temples was intentional or whether anything else other than what the Hindu right-wing refers to as “Islamization” was behind it. I have a question: Did just the Mughal Sultans destroy temples? It was a long-standing custom in the ancient and medieval eras to demolish the temples built by the vanquished king or queen. Due to their political, not religious, significance, pious places like temples were frequently destroyed in that culture.

No matter what “religious colour” their adversaries are, rulers always define success as defeating them. However, the right-wing in India has made it their overt policy to portray exclusively the Muslim rulers as antagonistic, a narrative that supports their religiopolitical interests. 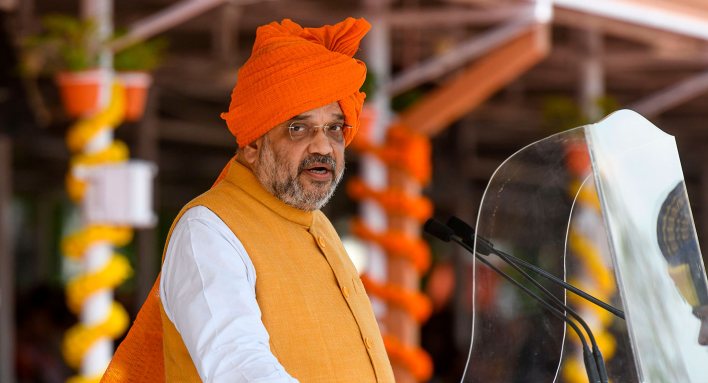 When we reflect on the pre-demolition period, we discover the phrase “Abhi to sirf jhanki hai, Kaashi Mathura baaqi hai,” which suggests that Hindu right-wing forces are preparing to “take back” Gyanvapi Masjid in Varanasi and Shahi Eidgah Masjid in Mathura (This is only a trial, kaashi and Mathura are in the pipeline).

It is obvious from these and other similar Rath Yatra campaign slogans that the agenda is carefully thought out, deeply ingrained, and has nothing to do with religious beliefs but is only a political ploy. In Haryana and Punjab, a number of masjids were transformed into temples and Gurudwaras during the partition.

See also  Make sure you’re not investing in zombie AI

A remarkable book about the practice of temple sacrilege in ancient India has been compiled by renowned historian professor Sunil Kumar. Destroying Myths Or Mosques And Temples? is a book by Kumar. Several renowned historians contribute papers to the book Readings On the History of Temple Desecration in Medieval India. Despite the fact that this topic has been covered in a number of publications, these works have not been translated into any local tongues.

Because of this, it is exceedingly difficult to change the public’s perception of the problem of temple destruction in medieval India. Several significant questions were posed by Sunil Kumar in the book’s introduction “The Supreme Court appears to have entirely disregarded key issues in its investigation into the evidence necessary to determine whether the Babri masjid was built on top of a Hindu temple. Can a reportedly sixteenth-century incident be considered a grievance and resolved in the twenty-first century?” What about the numerous Buddhist temples that were either demolished or turned into Hindu temples in the past? Empires did exist in India before the present. Empires include people from many different countries.

The empires of the Mughals, Safavids, and Ottomans are home to many different ethnic groups. Invasion and conquest have occurred throughout human history. Ancient and Medieval times do not fit the criteria for territorial sovereignty used today.

Richard Davis investigates the issue of temple plundering and explores its significance in the context of Middle Ages State formation and invasion. Davis attempted to comprehend especially the looting and robbery of deities by Hindu princes in his piece Indian Art Objects As Loot. We frequently hear phrases like “Islamic iconoclasm” used since temple destruction is typically connected with Muslim regimes. It is a little-known truth that victorious Hindu Rajas plundered, smashed, and even erected some of their competitors’ effigies as war monuments in their own temples.

The systematic iconoclasm and pillaging of one another’s temples by Hindu kings, according to Davis, “was fundamental to their claims of global authority conferred by God.”

Additionally, he affirms that plundering and conflict were components in the formation of medieval governmental authority. We must keep in mind that the Chandella Raja Yasovarman specifically ordered the later-built Lakshman temple at Khajuraho to house the solid-gold Vishnu statue he had stolen from the Pratihara kings. A major public announcement of the coming of a new political ruler and master of the area was made during the occurrence.

There was a distinct pattern of temple degradation across hostile boundaries when invading armies encountered opposition, according to Richard M. Eaton, one of the best historians of medieval India. Temples were destroyed, and uprisings occurred there. It served as a tool to punish adversarial monarchs. Eaton posed a straightforward query: Did Muslims ruin all temples if they were intrinsically iconoclastic? Eaton’s study indicates the opposite.

The only temples desecrated were those built by political allies or royal benefactors. When a monarch was defeated, the winning army made him publicly humiliated by removing his power symbols. Temples were protected and provided governmental patronage if they did not threaten the authority of the state. It is a blatant example of Muslim tyrants in the Middle Ages displaying State generosity. The evidence of such patronages is the numerous farms.

On religious grounds, medieval Persian literature frequently denounced idolatry [but – parasti], but since the sixth century AD, assaulting symbols favoured by rival rulers has been deeply ingrained in Indian political behaviour. Royal temples were the preeminently political institutions due to the mutual dependency of kings and gods as well as the mixing of the divine and human monarchy.

The Pallava monarch Narashimhavarman 1st looted the picture of Ganesha from the Chalukyan city of Vatapi in AD 642, according to local tradition, according to Richard M. Eaton’s magnum opus Temple Desecration and the Muslim States in Medieval India. He adds that Bengali soldiers desecrated what they believed to be the image of Vishnu Vaikuntha, the state god of Lalitaditya’s realm in Kashmir, in an effort to exact revenge on the monarch in the ninth century.

Additionally, there is historical proof that Hindu rulers participated in the desecration of royal temples by their political rivals. Early in the tenth century, the Rashtrakuta king Indra III not only demolished the Kalapriya temple—located at Kalpa near the Jamuna river—that was frequented by the Rashtrakuta’s deadliest adversaries, the Pratiharas, but he also took great pleasure in documenting the event.

Persian chroniclers sometimes attribute instances of temple devastation to early Muslim kings despite the lack of contemporaneous proof in an effort to exalt their religious fervour. Because of this, we are unsure of the precise number of temples that were destroyed throughout the Sultanate and Mughal eras. Eaton claims once more that one may identify eighty cases of temple sacrilege whose historicity looks pretty definite by relying on evidence found in contemporaneous or neo-contemporary epigraphic and literary material covering a period of more than five centuries (1192–1729).

Hindu right-wing organizations said that at that time, about 80,000 temples were vandalized. Though there is no historical support for these statements, many individuals nonetheless held onto them. It makes historians’ jobs more challenging. History is genuinely connected to facts and memory, and how is it possible to doubt the collective memory of a group of people? Generation to generation, these tales are passed down.

We have noticed a trend of court applications asking for the excavation of mosques or other structures to determine whether they were built after destroying Jain or Hindu temples. The Babri Masjid ruling by the Supreme Court has created a brand-new Gordian knot. 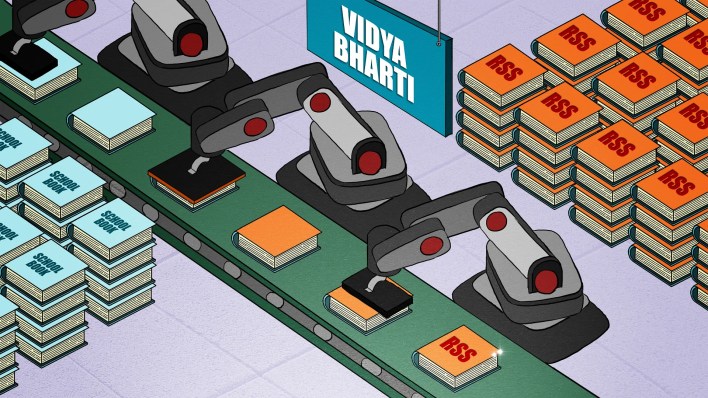 The Sangh Parivar has made allegations regarding the Taj Mahal, the Qutub Minar, and several other historical heritage sites, alleging that they pose a threat to other ancient mosques, monuments, or structures. These monuments or mosques are historical places. Millions of people visit just the Taj Mahal alone. The Hindu right-wing spread false claims through WhatsApp and electronic media, which are now working as a mouthpiece for the current administration, instead of arguing their own interpretations of history in colleges. These statements made in TV studios are uncontested.

These petitions concerning Gyanvapi and Shahi Eidgah should not be separated from India’s ongoing onslaught on civil rights and religious freedom. A highly politicized Hindu nation with an 84 per cent Hindu population satisfies every ingrained category stereotype.

The party achieves everyday success by spreading the same wounds and advocating sneering, insulting words, which serve to further the othering of Muslims. In the past eight years, there have been strides toward the Hindu Rashtra, an overtly majoritarian political notion, including legislation against so-called “love jihad,” the CAA Act, and the repeal of Article 370 in Jammu and Kashmir.

A well-known proverb states that people who do not study history are destined to repeat it. It has an impact on the political and social stability of India when history is distorted for current political purposes. History may help us plan for the future, but utilizing it to further evil ends will undermine societal harmony and peace.

Persian chroniclers and all other literary sources are records; one should not consider them as the modern press. Islamic or other period literary materials should only be understood in the context of history. The past, present, and future are like the strings on a musical instrument; if we don’t know how to play them, the melody will fall into the abyss of unsettling and irritating chaos instead of producing a calming tone. To protect democracy, one should always be prepared to deliver a hard slap to fascist supporters. Otherwise, the Muslim community would disappear from both the history books of Islam and of India, a secular democracy.

Reliance to launch British Sandwich and coffee chain Pret a manager in India.

US recession fears grow, what do Indian IT employees and shareholders need to know?