The Government has made HSRPs mandatory for every vehicle owner to get their number plates updated. As the main point is that HSRPs will control the stealing of vehicles, but does it serve its purpose?

High-security registration plates (HSRPs) are a new type of number plate made of aluminium, which is tamper-proof and comes with two non-reusable locks. To remove the number plate, one must first unlock the lock; If the HSRP is damaged, the new plate should be updated. Laser encoding makes the vehicle identifying numbers to read and challenging to manipulate.

The HSRP was introduced in 2012–13, and after an order from the apex court, HSRPs have become mandatory from October 2018. The Government mandated it for older vehicles in Delhi in April 2019. Before July 2022, all vehicles, including two-wheelers, must be equipped with an HSRP.

People who purchased or registered their vehicles before April 2019 must acquire HSRP as soon as possible because the number plates of cars sold after April 2019 already have HSRP.

The HSRP is tamper-proof, constructed of aluminium, and includes non-reusable locks, which is how they vary from the old ones. Locks cannot be easily removed and must be replaced if they are broken, according to the officials. A chromium-based Ashoka Chakra with the letter IND is also present on the left side of the HSRP, and the vehicle identification number is laser-encoded, making it simple to scan and challenging to tamper. 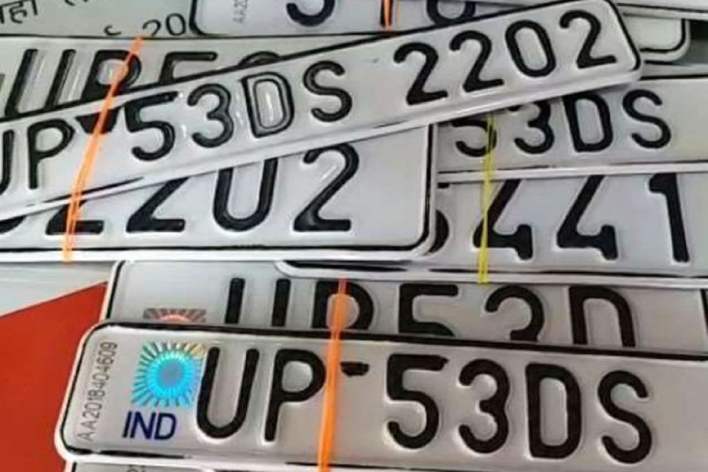 The engine, chassis, and registration numbers are also listed on the number plate, which allows police to identify the owner quickly. The officials claim other license plates can be replaced, which makes them simple to tamper with and hard to trace if stolen.

The main reason HSRPs are mandatory is that they help to locate stolen vehicles. Old number plates come with number stickers that are simple to remove and allow you to modify the vehicle identifying number. Mostly, all stolen cars end up with replaced number plates, which makes it challenging to track them. HSRP prevents counterfeiting of number plates.

A plan for fitting vehicles with a High-Security Registration Plate (HSRP) was conceived in 1989 in India to reduce vehicle theft and robbery, but the implementation process has long been delayed for many reasons.

As a result, the Indian Government revised rule 50 of the Central Motor Vehicles Rules, 1989 on June 1, 2005, making it necessary to use new, tamper-proof High-Security Registration Plate (HSRP) number plates.

The old number plates are relatively simple to tamper with and may be pulled out or exchanged quickly, which is the main reason for this requirement. The HSRPs come with a non-removable snap-on lock and are pretty tough to replace, yet, a stolen car always ends up with a replaced registration plate, making it impossible for the police to find it.

See also  Will Netflix survive in the competition? 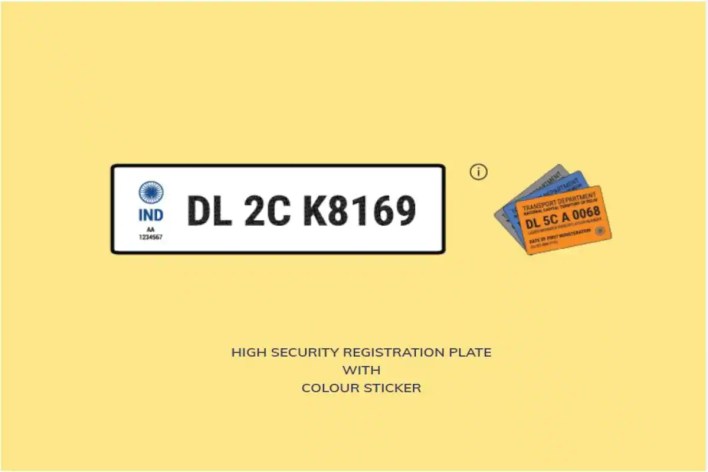 In one incident, within the supervision of Gandhi Nagar police station, Jammu and Kashmir police arrested an interstate group of thieves by detaining four people, including a Regional Transport Office agent and some technical staff, together with five stolen cars, among them a police department gypsy.

However, the HSRP installed in the vehicles had not helped the police locate them, although human intelligence and other police networks had helped find the stolen vehicles.

How can we assume that GPS will help track the vehicles when their HSRP has failed to do so, especially since the lost HSRP has merely served to make all the registration plates uniform? The vehicle’s information is contained in the hologram in the HSRP, but it cannot be traced.

What type of security are they providing if HSRP-fitted vehicles were not tracked? If these are simple number plates, then why are rupees 400 charged to the customer?

–Approximately 4.50 lakh of the district’s 7.87 lakh registered vehicles are not equipped with HSRPs. All automobiles sold in India before April 2019 must have HSRP installed, according to the Ministry of Highways and road transportation (MoRTH).

HSRPs are already included for those people who registered after the given date. Information such as the engine number, chassis number, and other pertinent facts are needed to issue such number plates.

The government website boomyhsrp.com requires the following vehicle details to book the HSRP and colour-coded stickers:

Since it is a long process, the whole procedure from the registration to getting the HSRP is cumbersome as it is very time-consuming; people have to wait for months to get it registered and wait for a long time till HSRP reaches them. Many people have claimed that they had a worse experience with HSRP. It is considered a half-baked scheme and has such a poor execution from the start, and it only harassment the public at large.

–The HSRP typically costs between Rs 400 and Rs 1,100 for two- and four-wheelers, depending on the category. For Rs 100, colour-coded stickers can be installed on cars having an HSRP. A vehicle is penalized between 5,500 and 10,000 INR if it lacks HSRP. 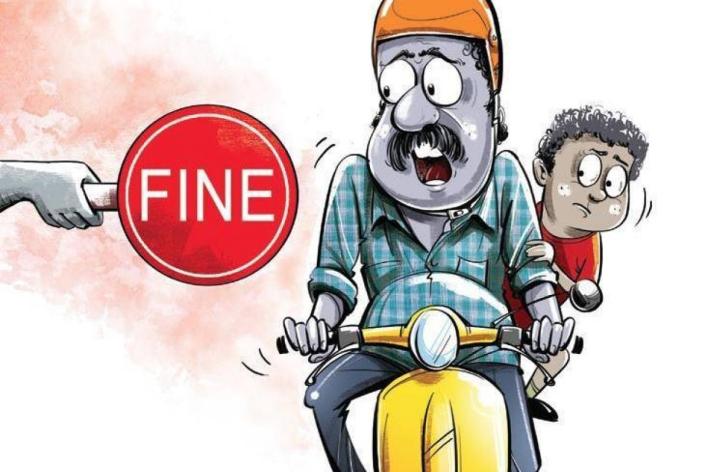 People are not only required to pay such fees but also RTO and other charges, which costs them a lot. RTO fees often vary according to the category, fuel, and vehicle CC. There are also fees, such as those for the smart card, green tax, and tax clearing certificate.

We live in such a dark area that out-of-no-where the vehicles are concerned, and the decision is made one day and forced on the general people the other day. I hope common sense prevails here. Even if number plates need to be tightened, this HSRP operation is way over the top. HSRP appears to have been an overreaction. The law was then so desperately passed; were any commissions involved?

As it was said, High-security registration plates add security features that make vehicles theft- and tamper-proof; they used to standardize size and font on number plates, as many people are already financially and morally drained after the Covid-19 pandemic. Punishing them by slapping a fine of ₹5,000 and ₹10,000 is not logical. The HSRPs are fitted to check the theft and counterfeiting of vehicles. However, there is no assurance that the HSRP-equipped cars won’t be stolen.

Vehicle theft has gotten worse in the nation since HSRPs were made necessary.

HSRPs have not been a fool-proof method of deterring vehicle theft, and this process is leading nowhere as it is only a pavement towards vehicle stealing.

Many agencies trying to mould the minds of the general public by throwing its benefits and stating it will make it easier to track down stolen vehicles, right? People see it as an advantage, but still many people claim their vehicles got stolen even after fitting HSRP in their vehicles.

What is the benefit, then? Nothing to the general public. Except for the point that police cannot issue a fine for driving without HSRP plates. There is no guarantee that the so-called high-security registration number plate HSRP-equipped cars are less likely to be stolen. Nor has the crimes of vehicle theft or other related crimes come down due to the introduction of this accessory.

To put it simply, this is yet another money-making scam.

The Government began issuing high-security license plates in 2005, but their implementation has been very inconsistent. Only the Government authorities benefit much from these new regulations. With their ability to prevent tampering, HSRP license plates are quite possibly the biggest advantage for car thieves as they can still steal the vehicles very easily, and this condition is prevailing even after the years of its amendment.

Just as earlier reforms made by the Government, like demonetization, were the opposite of reform, It was ruined. As it drained the system of liquidity, the Government failed to print new notes before demonetizing the old ones. The Indian economy stagnated, which affected small enterprises that relied heavily on cash for operations.

The question is, why was there such a rush? Why is so much of a hurry if the administration is not equipped enough to handle it? Doesn’t this sound familiar? The poor management and planning of the Government have long been a source of conflict for the people. There is nothing new or unusual about the Government’s sudden decisions.

See also  Whose fault is the second wave of covid? 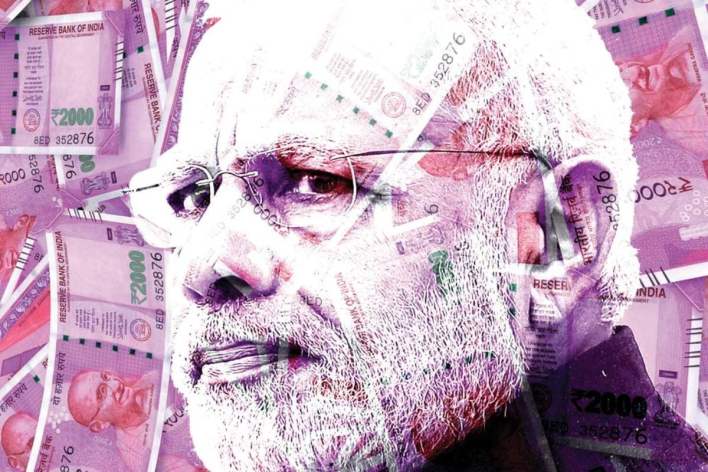 According to Narendra Modi, the goal of demonetization was to eradicate black money. Still, when it didn’t work, the Government kept changing the statements. Demonetization was a failure. The power is being asserted in this situation.

According to what was previously said, introducing HSRPs will stop persons from using fake license plates, reducing thefts and the situations in which they are used to commit additional crimes. The HSRPs are also meant to bring about uniformity in font and number systems and aid in vehicle tracking.

Numerous articles cover the advantages and essentials of HSRP; however, there is one issue that is not covered. Is the Government equipped to deal with such a situation? Is the Government prepared to handle the rapid increase in HSRP registrations and requests?

When a movement begins, the public follows it. And once people start acting, the Government must give them the tools they need to do their civic responsibility. Does the Government have the necessary infrastructure to serve the public with the goods and services it is forcing us to buy? So how can they expect us to pay a fee when they aren’t ready?

There is just one portal available to apply for HSRP number plates. If we estimate the number of people in Delhi and Uttar Pradesh who own vehicles, it may be more than 50 million. In other words, only one website is used for all applications. The billing deadline is three months after the applicant submits their application. 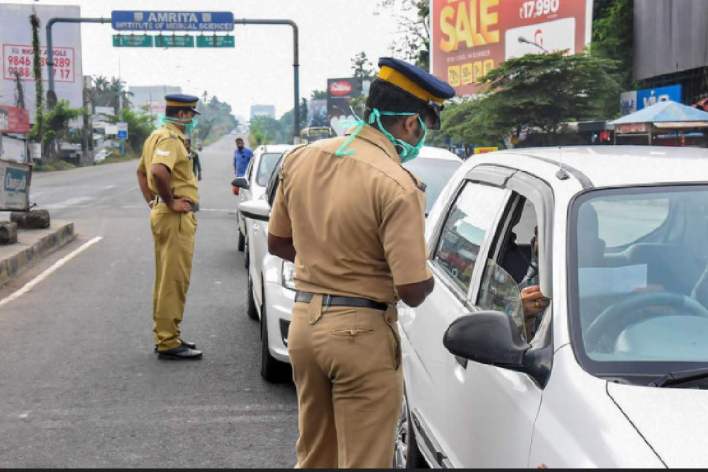 So, to receive HSRP after three months, one must apply NOW to get the number plate. Isn’t that utterly ridiculous? Why is the gap so wide? When a person can apply online and obtain a response in 4-5 days and is penalized 5,500 INR for failing, the necessity of it becomes obvious. However, because the Government does not possess the necessary infrastructure to issue us with vehicle plates, why is it forcing us to register in the first place?

Why did the Government make it mandatory when it first lacked the infrastructure not to provide the HSRPs plates? Then the process is long and cumbersome, and people had to wait months after registration.

Moreover, the prominent reason behind this mandatory rule is that the earlier used number plates were relatively easier to be damaged, tampered with, and could be changed or taken out quickly. It always becomes difficult for the authorities to find and track the vehicles that are robbed as most of the stolen vehicles are exchanged with duplicate registration plates.

But the HSRPs are still getting stolen, and the situation is still the same as vehicles are getting robbed. Then what is the point of making HSRP mandatory and taking a fee from the people?

These High-Security Registration Plates can be replaced easily on vehicles even after affixing the windshield registration mark. All in all, this is an awful move by the Government.

They only poorly streamlined the process of acquiring a High-Security Number Plate by implementing these rules. We should relook at the flaws prevalent in the implementation of the High-Security Registration Plate (HSRP), or else it will be too late to do what is required.

According to a report, Shiprocket is India's Most Valuable Gazelle and is set to become a unicorn in two years