Due to the land being granted to the Adani Group, the Gujarat government has lost thousands of millions of rupees, and the PAC (Public Accounts Committee) has proposed recouping those funds. In addition, it has been advised that action be taken against the officials who have improperly benefited the Adani Group in the land allocation.

The Public Accounts Committee (PAC) noted in its fifth report, which was presented to the Gujarat Assembly on Wednesday that Adani Chemicals paid the state government Rs 58.64 crore less than it should have because the forest and environment department incorrectly classified forest land transferred to the company in Kutch for Mundra Port and SEZ.

The Gujarat government lost Rs 58.64 crore as a result of providing property to Gautam Adani’s company, the world’s second-richest individual. On Wednesday, the Gujarat Assembly heard the report of the Public Accounts Committee (PACsixth). According to the PAC report, the Forest and Environment Department has granted land to Adani Group business “Adani Chemicals” in Kutch for Mundra Port and SEZ, which has not been adequately classified. As a result, the Gujarat government has not collected the entire Rs. 58.64 crore owing to them.

The PAC has recommended pursuing legal action against those in charge of the officials’ incorrect classification of the land, which cost the state government money and gave the corporation an “undue” profit and retrieving the whole amount from the company within three months.

The PAC, led by Congress MLA Punja Vansh, highlighted an audit report from the Comptroller and Auditor General of India in its findings, noting the corporation received an “undue” advantage of Rs 58.64 crore as a result of the incorrect property categorization.

According to the PAC report, the Central government granted in-principle clearance for the allocation of 1,840 hectares and 168.42 hectares of land in Mundra and Dhrab villages, respectively, in the Kutch district in 2004 in conjunction with a proposal by Adani Chemicals Limited. In a decision dated March 28, 2008, the Supreme Court divided India’s forests into six situational groups and set their net present value (NPV). 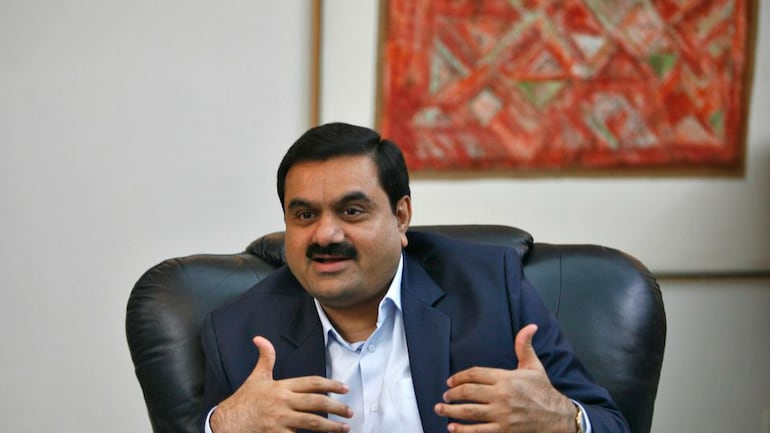 The Conservator of Forests, Bhuj, stated in his December 2008 inspection report that the land in question was a mudflat with mangroves covering the stream area. Despite this, the region was classified as Eco Class IV by the deputy conservator of forests (Kutch East), and the company paid Rs 87.97 crore for the net current value of its 8.42 hectares of wooded land.

The PAC report further mentioned that the forest & environment department has confirmed that the transferred land falls within Eco Class IV in a written response it gave to the committee.

The report also refers to a meeting that took place on September 25, 2019, during which a departmental official disputed the idea that the issue area comes within Eco Class II. Additionally, it noted that the NPV of the property, which is classified as Eco Class IV, was determined following the 2008 Supreme Court ruling that was recovered from the corporation after receiving central government approval.

The PAC reports that the department has collected NPV as per Eco Class IV from Messrs. Adani for the change of purpose of forest land for Mundra Port and SEZ. The department’s decision has reduced the government’s recovery by Rs. 58.67 crores. It has been suggested that you take legal action against the relevant officer(s) or authorities for the incorrect land classification, collect NPV from the corporation within three months of recovery and notify the committee.

According to the Public Accounts Committee report, the Central Government approved Adani Chemicals Limited’s petition for a land allocation in 2004. This included 1,840 hectares in the Kutch district of Mundra and 168.42 hectares in the hamlet of Dhrab. According to the report, the state administration made a revised request to the central government for approval in January 2009. In response, in February 2009, the central government granted it in principle.

With his inspection report dated December 2008, the Conservator of Forests Bhuj reportedly found that the Adani Group’s land was covered in stream mangroves. Even after that, the previous Deputy Conservator of Kutch’s Forests assigned this region an Eco Class IV classification and set a price of Rs 87.97 crore for a total of 2008.42 hectares of forest land.

LIC shares are hitting the all-time lowest level since their listing: 32% fall from the issue price.