How to make RBI’s digital rupee successful in the budget for 2023. India’s developing digital payments ecosystem has brought a lot of new users into the fold, it has also paved the way for a more straightforward adoption of digital money. Millions of Indians have already shifted to contactless digital payments as a result of the Covid-19 epidemic.

What would the much anticipated CBDC deployment imply for India, though? The Finance Minister stated in her budget address from the previous year that the Central Bank Digital Currency (CBDC) launch will significantly strengthen India’s digital economy.

Simply said, CBDC is the presence of digital money. One does not require a bank account analogous to a cash account to hold a digital rupee wallet and accept payments. To load the wallet, one must connect it to a bank account, though. Both the wholesale CBDC (CBDC-W or e-W) and the retail CBDC (CBDC-R or e-R) with CBDC-R were introduced by the RBI in 2022 for the Indian market on a pilot basis.

According to information gathered from state-owned banks, since the wholesale pilot’s inauguration in November, deals totaling Rs 7,140 crore have been concluded using the digital currency. Every participant in the system, including banks, NBFCs, government-owned PSUs, and the judiciary, must cooperate to increase customer confidence and trust to improve the effectiveness and efficiency of the adoption of the digital rupee.

Digital currency: Creating the payments environment of the future

The Indian payment sector is currently in a phase where the economy is preparing to implement safe, convenient, reliable, and transparent digital payment methods. The CBDC implementation demonstrates that the sector is now at the cutting edge of technology, continually stifling innovation in the payments sector.

Even though various attempts have been made, spreading awareness about CBDC-based transactions will be the most important aspect in determining if the correct form factor is adopted. The government must provide a supportive climate, particularly in rural regions where low literacy rates, a lack of knowledge, and poor connections make it difficult for digital payments to be accepted. The main reasons why individuals are less inclined to adopt digital currencies are a lack of information and worries about data security.

To get over any obstacles or discomfort with transactions without the use of actual money, we must first build confidence in the system. Additionally, community-based organizations might provide training sessions to raise the percentage of people who are financially literate and help others who are less skilled at utilizing digital tools.

People who are more equipped with financial knowledge and decision-making abilities will be better able to adjust to the adoption of the CBDC and traverse the quick evolution of payment options.

The CBDC must be created in a way that it can identify and respond to the unmet needs of the majority of people in a payments landscape that is rapidly changing. Understanding customer demand may be achieved by analyzing certain market segments and user personas. These findings may affect public consultation and messaging on CBDC and assist the central bank in incorporating user requirements by creating a flexible core system. CBDC can be created to incorporate cutting-edge features into a single product as the world of payments continues to change in the digital era. For instance, anonymity is highly valued by people. Similar to real-world cash transactions, middlemen are unable to see the details of customer transactions, and this anonymity feature, which promotes consumer privacy, is another benefit of digital money.

This will accelerate the use of CBDC as a secure payment method that offers the distinctive benefits of central bank money, such as settlement finality, liquidity, and integrity. Assuring the safety of the data and resolving privacy concerns are the main motivators in this situation. Digital currency must have regulatory and compliance mechanisms to secure the data and allow it to exist and develop. Only if their privacy concerns are resolved will people accept CBDCs.

Penetration of smartphones and the internet is rising

Improving the current payment infrastructure and internet connection throughout semi-urban and rural India would be another important step for CBDCs to empower people. To create a reliable and inexpensive internet infrastructure, governments and commercial internet companies must work together.

In low-bandwidth locations, this will make it possible for consumers to utilize mobile wallets for CBDC-based transactions. The adoption of lightweight front-end user apps, for this reason, becomes more important. CBDC payments may become accessible on current networks if merchants can incorporate CBDC into their current payment capabilities through new solutions.

For consumers to access their accounts, swiftly download apps, and set up their accounts, cell carriers must improve smartphone penetration. India has had a ten-year exponential surge in smartphone adoption, technological enablers, and quick, affordable internet access. The development of digital tools will significantly increase the accessibility of CBDC-provided technology adoption.

In India, the basis for digital money has already been established by the extensive usage of offline digital payment methods. Since the epidemic, India has seen an increase in digital payments made with cards, wallets, and mobile devices. But in places with weak internet connectivity or no internet access, digital payment uptake was limited. Even though smartphones are widely used in the nation, 30-35 percent of consumers in both urban and rural India still use feature phones.

In light of this, the RBI suggested a pilot program for small-value payments in offline mode. Three pilot projects were successfully carried out in India from September 2020 to June 2021. 2.41 lakh low-value transactions totaling Rs. 1.16 crore were engaged. The RBI has announced the creation of a national framework to support the growth of retail digital payments in offline mode in light of the positive outcomes of this experiment. 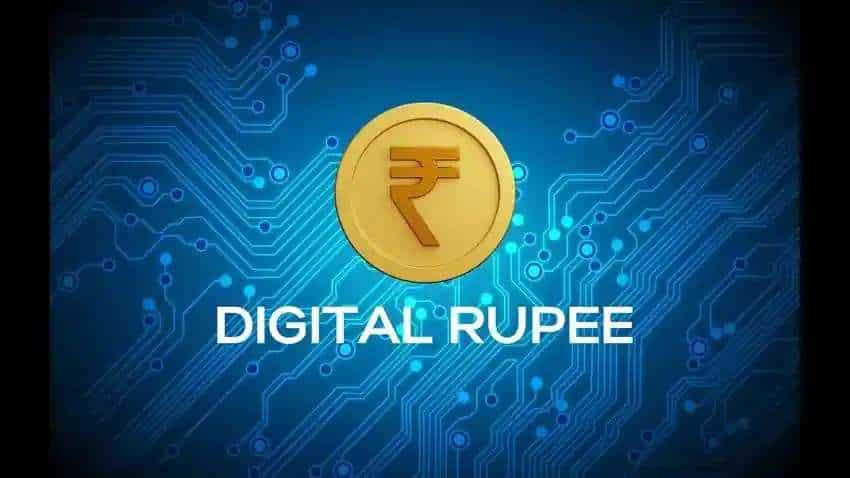 The RBI also introduced UPI 123Pay in March 2022 and UPI Lite in September 2022 to improve the efficiency of offline payments. While UPI and UPI Lite need a smartphone from the user, UPI 123Pay may be used with a basic phone. The launch of initiatives like UPI Lite and UPI 123Pay would enhance payments in locations with poor network and internet access and significantly increase financial inclusion in India’s rural areas.

Similarly, if we incorporate components of offline digital payments infrastructure into it, the adoption of digital currency would be much higher, especially in rural India. The central bank must devise strategies to provide a safe and dependable digital form of money with the introduction of CBDC, regardless of whether a user has an internet connection. This may be accomplished by investigating offline modes with built-in security measures to protect users’ interests. It is essential that CBDC is generally accessible to everyone and links the populace to the government’s goal of bringing financial services innovation to life.

A 2021 paper by the World Economic Forum noted cybersecurity vulnerabilities that might harm future platforms like CBDCs, including credential theft and loss, digitization, counterfeiting, and fraud. These privacy issues need to be addressed, and the government and central bank must make sure the CBDC system complies with the highest standards of reliability, dependability, and security.

As an illustration, the Bank of Canada is experimenting with quantum computing as a means of addressing difficult security issues. The next-generation technology that poses cyber security vulnerabilities to the current electronic payment systems is quantum computing. The CBDC can establish the groundwork for expanding financial inclusion, lowering fraud and money laundering, increasing market efficiency, and also bringing about financial and economic stability as a new monetary policy tool. Consumers won’t adopt it widely, though, unless they are confident that digital payment systems will be friction less. We shall then be able to fully realize the government’s goal of establishing a society that is empowered by technology.

Challenges faced by the Automobile industries in 2022