Many ed-tech companies looked to have had difficulty in 2022, as these businesses battled to become profitable beyond their value. Companies announced huge layoffs, reorganized to save operating costs, and some closed their doors as a result. Furthermore, according to statistics provided by private investment tracker Tracxn, financing for ed-tech businesses decreased by almost 45% to $2.2 billion. Due to worries about profitability and the impending economic slump, investors lost faith in unicorns. Most significantly, as kids went back to school, it appeared as if the ed-tech bubble had burst. Numerous internet businesses that had flourished during the COVID-19 outbreak suffered as a result.

According to regulatory documents seen by business intelligence platform Tofler, losses for Ronnie Screwvala’s ed-tech, upGrad, increased by 180% to Rs 568.62 crore in FY22 from Rs 202.37 crore in FY21.  In FY22, the firm recorded a loss of Rs 513.56 crore in Earnings before Interest, Taxes, Depreciation, and Amortization (EBITDA). UpGrads’ net worth decreased as a result, from Rs 306.38 crore in FY21 to Rs 246.61 crore in FY22. The losses are said to be related to the background of annual advertising and promotional costs.

All things considered, 2022 was a difficult year for the ed-tech unicorn Byju, which was surrounded by controversy. The government fined the corporation for submitting its financials 18 months late. From Rs 231.69 in FY20 to Rs 4,588 crore in FY21, Byju’s net loss more than quadrupled. Byju Raveendran, the company’s founder, and CEO claimed that the significant increase in losses was brought on by deferring 40% of revenues to later years. He asserted that losses will decline in FY22, the financials for which had not yet been formally disclosed.

Additionally, it is said that the firm was required to refund a portion of the $1.2 billion loan it received from a group of investors that included Blackstone, GIC, and Fidelity, among others. According to reports, 12,000 people, or 25% of Byju’s employees, were let go.

Vedantu, a unicorn firm sponsored by Tiger Global, is another ed-tech company that suffered losses. Vedantu recorded a combined net loss of Rs 604.three crore in FY21, up from Rs 150.1 crore in FY20, according to the company’s filings with the Ministry of Corporate Affairs (MCA). This increase was caused by an increase in staff expenses of 363.6%.

It’s interesting to note that Physics Walla, who just entered the unicorn club, is the only player to generate a profit this year. Operating revenue for the business expanded by 845.76% to Rs 232.47 crore in FY22 from Rs 24.58 crore in FY21, and net profit soared by 1312% to Rs 97.75 crore from Rs 6.92 crore in the prior year. With announcements like the introduction of UPSC Walla and Buniyaad Series to broaden its verticals, the firm is predicted to sail strongly forward. 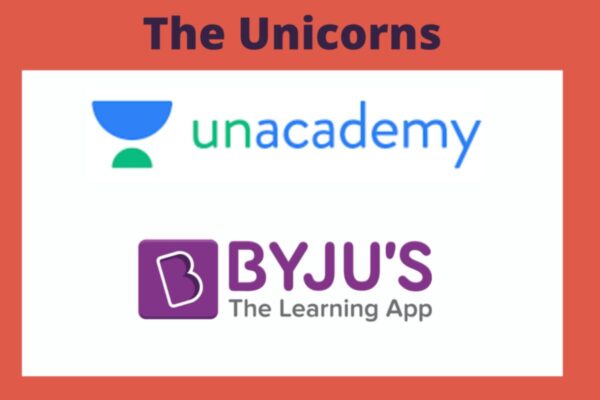 Following are some of the big ed-tech companies that cut employees in 2022:

Byju’s, a leader in ed-tech, is thought to have fired 12,000 workers, or 25% of its staff, to reduce costs. Byju Raveendran, the CEO of the firm, explained the action in an “apology” letter to the staff as the result of unfavorable microeconomic variables and an endeavor to survive during a difficult time.  Contrary to what the media had reported, Raveendran asserted that the action will only affect 5% of the workforce and described the layoff as a brief “time off” before the business can return to profitability.

Unacademy, which was led by Gaurav Munjal, Hemesh Singh, and Roman Saini, made news this year for some rounds of layoffs. The business cited difficult economic conditions for cutting 10% of its personnel. The company’s shredder may have resulted in 600 workers losing their jobs.cited Munjal as saying that the business sought to prevent the layoffs by reducing its spending on marketing and operational expenditures, but it was insufficient.

To deal with its “slow growth,” MOOC provider Coursera CEO Jeff Maggioncalda also announced in an email to staff that the firm has decided to cut its staff. The communication did not specify how many people will be let go, though. Over 1,100 individuals are employed by the firm. Vedantu, another unicorn in ed-tech, is said to have fired nearly 1,000 employees in four waves of layoffs so far. 385 people were recently let go by the corporation, and 624 were let go in May of last year.  Vedantu, nevertheless, declined to respond to the report. To save costs, the firm has chosen to fire some of its employees because it plans to launch its IPO in FY26.

UpGrad, a leading provider of ed-tech for higher education, is also anticipated to reduce a significant portion of its employee staff as the layoff winter intensifies.  IANS, a news organization, reports that the corporation may fire up to one-third of its employees. According to the agency, this might result in the firing of hundreds of workers shortly. In a public statement denying the reports, upGrad claimed, “We reject any budget cuts over team strengths at ‘One upGrad’. We have increased our team size by more than 2,000 during the past 60 days, and only in the previous two weeks, we have maintained a net hiring rate of 200. We have also entered into new locations across India totaling over 100,000 square feet to bolster our company footprints, as we formally announced last month. This is to confirm that between now and March 2023, “One upGrad” will recruit another 500 workers to its team strength across India. As we consolidate our M&As, there will always be a continuous evaluation of both profile redundancy and performance. Therefore, we explicitly refute any vested interest or rumors of layoffs of any size.

Tata's Bigbasket plans to go public by 2025 after raising $200 million.