India is likely to Surpass China to be the Most Populous Country in 2023.

According to a United Nations evaluation released on Monday, India will surpass China to be the world’s most populous country in 2019. According to the World Population Prospects 2022 report by the UN, United Nations Department of Economic Affairs, Population Division, India is expected to overtake China as the world’s most populated country in 2023. 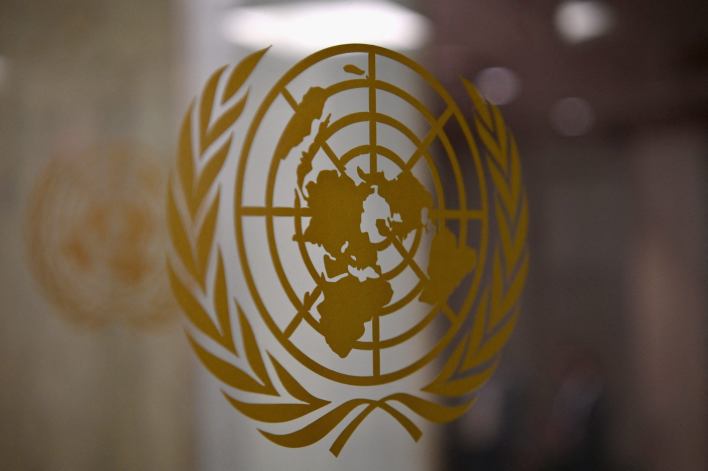 The UN predictions are higher than those made in July 2020 by a professional panel arranged by the National Population reference Bureau (NCP), a government sector in India. According to that research, India’s population will reach 1.37 billion in 2022, 1.39 billion in 2023, and just 1.41 billion people will live there by 2025.

“Our model was quite reliable as far as population forecasts were concerned”, according to Amitabh Kundu, a former member of that panel and current member of the association at the World Resources Centre. “We have exercised extreme caution. The professional group’s projections are more trustworthy than the UN’s World Population Prospects”.

Macroeconomic factors more heavily influence the forecasts made by the United Nations, but Indian demographic predictions are much more reliable.

He did know that by the following year, India’s population would surpass that of China. Since India is presently experiencing a big pace of population growth than China, he stated, “It is not surprising.” “We believed that India will undoubtedly surpass China in the year and or at the start of next year when the committee was writing its report. It exists as fact”. Implications for the development of India’s economy

According to Business Standard, Pronab Sen, a former chief statistician – the more a country’s population, the more people it must sustain

According to him, this means that at any level of per capita income, the productivity of the population must rise. The part of persons who are working age in the entire population, however, is more important.

Sen, who is currently the program director at the International Growth Centre, stated that India is anticipated to experience a demographic dividend since it has a majorly higher percentage of day-to-day workers than China. 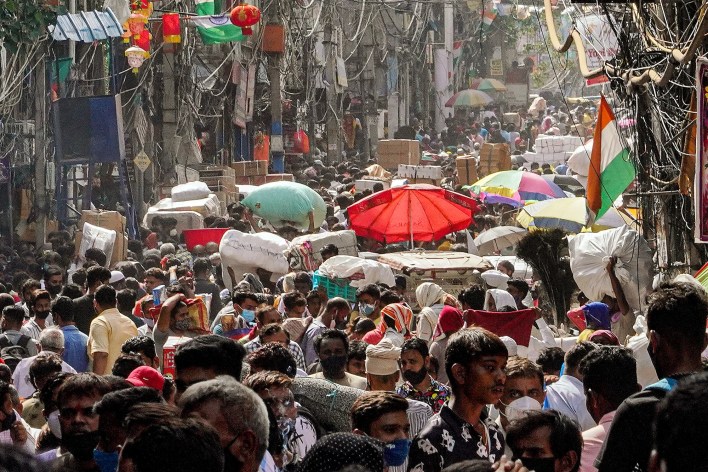 The workforce participation percentage (LFPF), which measures how many working-class members are willing to work, is significant. According to Sen, the LFPR in India is 42 percent, compared to nearly 65 percent in China. This is primarily due to India’s poor female LFPR, which is barely around 25%.

Because of this, policies will need to be carefully considered. “A few men will inevitably be unemployed if policies are implemented that increase female LFPR without motivating total employment…”

“Therefore, you need policies to create more jobs, and then you need to get women to enter the workforce,” Sen added. The UN research stated that by mid-November 2022, the world’s population is expected to reach eight billion. According to the report, the population growth percentage globally is at its lowest level since 1950 and will decrease by less than 1% in 2020.

See also  China Under Food Crisis: Is the Situation So Worse in China That They Are Forced To Import 100,000 Tons Of Rice From India After 30 Years?

With more than 1.4 billion people apiece, China and India had major populations in these areas in 2022.

Just eight countries—the Democratic Republic of the Congo, Egypt, Ethiopia, India, Nigeria, Pakistan, the Philippines, and Tanzania—will account for more than half of the predicted growth in the world’s population by 2050. 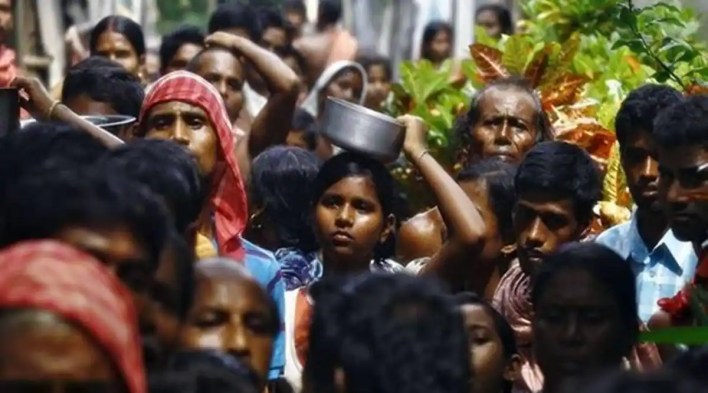 The UN has predicted that Pakistan will have the fifth-highest population in 2022.

According to the analysis, between 2010 and 2021, there was a net exodus of more than 1 million migrants from 10 countries.

According to an earlier World Health Organization showed, the COVID-19 pandemic is estimated to have killed 14.9 million people between January 2020 and December 2021, according to the United Nations report. The pandemic primarily brought on this decline in global life expectancy from 72.8 years in 2019 to 71 years in 2021.

According to the United Nations, eight nations — the Congo, Egypt, Ethiopia, India, Nigeria, Pakistani, the Philippines, and the United Republic of Tanzania — would account for more than half of the expected rise in the world’s population by 2050. And over half of the growth forecast through 2050 is expected to come from sub-Saharan African countries. 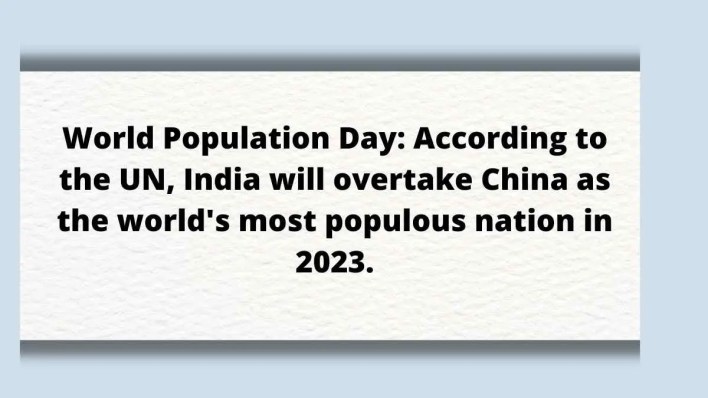 In 2019, the life expectancy was 72.8 years, an increase of about nine years from 1990. It is imagined that further mortality declines will lead to an average global lifetime of roughly 77.2 years in 2050. But in 2021, the least developed nations‘ life expectancy still remains seven years behind the average globally.

The Institute of Health And clinical Excellence has conducted alternative long-term population estimates (IHME). According to IHME’s most recent predictions, the world’s population will total 8.8 billion people by the year 2100, ranging from 6.8 billion to 11.8 billion. The assumptions made for the level of future fertility are where the projections issued by IHME and the UN diverge most.

According to the analysis, IHME forecasts that global fertility will drop more quickly than the UN method scenario predicted. IHME predicts that by the end of the century, the number of children born per woman will be 1.66, compared to the United Nations’ game of prediction of a fertility percentage of 1.84. 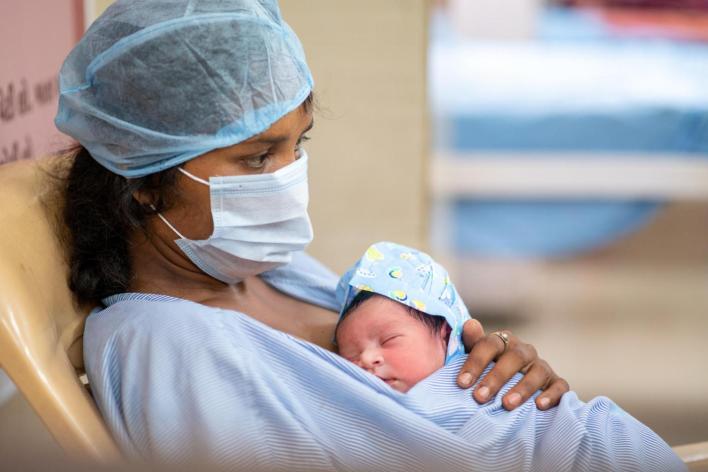 IHME estimates that India’s total fertility percentage will be 1.29 births per woman in 2100, which is against the United Nations’ medium scenario’s 1.69, resulting in a demographic that will be 433 million lower than expected by the UN by the end of the century.

The percentage of people in the world over the age of 65 is again expected to increase from 10% in 2022 to 16% in 2050. At that time, it was observed that there would be rough because many people in the world were over 65 because there were under 12 and more than twice many over 65 as those under 5.

The report recommended that “countries with aging populations should take measures to adjust public programs to the growing numbers of older citizens, notably by developing universal health care and long-term healthcare system and by motivating the sustainability of state pension and pension systems.”

Americans are getting tons of new credit cards to keep up with inflation.