If the first lesson from Sri Lanka is about how politics affects the economy, the second is about how flawed economic policy affects the prospects of an economy. The country first came to international attention in the 1950s, when its economic policies were hailed for social welfare programs like subsidized rice. However, not everyone was happy at the time.

In fact Sri Lanka, distribution seems to have exceeded what national sources could provide. This newspaper previously carried the slogan “Produce or Die” from previous political campaigns in the country. This would be wise advice not only for the three Sri Lankan economists now in charge of leading their country out of the crisis, but also for the Indian political class. 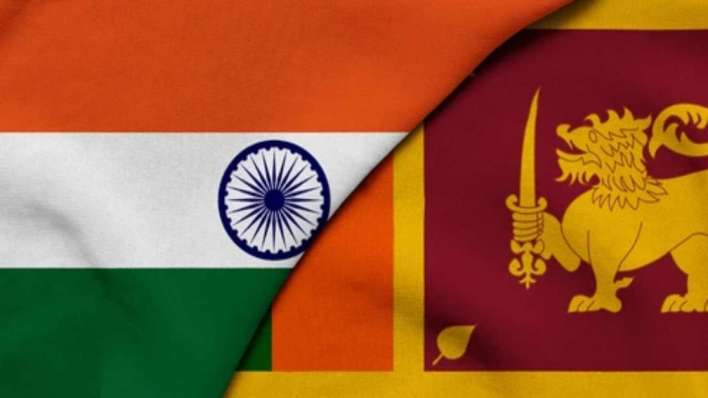 With the expansion of the Indian economy, many states have increased their social spending. Some distributed bikes to girls, while others distributed televisions to families. Although no form of social protection is intrinsically prohibited, public finances are subject to an accounting constraint.

When revenues are limited, free bicycles and televisions crowd out spending on measures that increase an economy’s productive capacity, such as endowment of schools, hospitals, and production infrastructure. There is also the matter of ethics to consider.

Future generations will pay for our consumption when welfare is funded through borrowing rather than taxes. A third lesson from Sri Lanka is that openness to the global economy is not a panacea. Sri Lanka liberalized trade and capital flows in the 1970s, abandoning avowedly socialist economic policies. 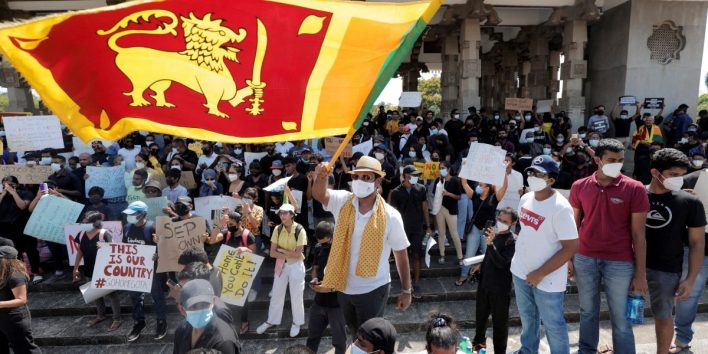 It is debatable whether this policy reorientation would have worked had a decades-long civil war not intervened, but the reliance on global markets that it resulted in has not aided the country.

The theory of comparative advantage, a well-known economic theorem, encourages a country to specialize in its production and rely on foreign trade for goods that it does not produce. This assumes that the country’s products will continue to be in demand. The case of Sri Lanka shows why a country’s reliance on trade in essential consumer goods can be detrimental.

In comparison, India’s food-deficit states benefit from membership in the Indian Union. Unlike Sri Lanka, they do not need to earn foreign currency to receive food from the national breadbasket, with Kerala being a prime example. 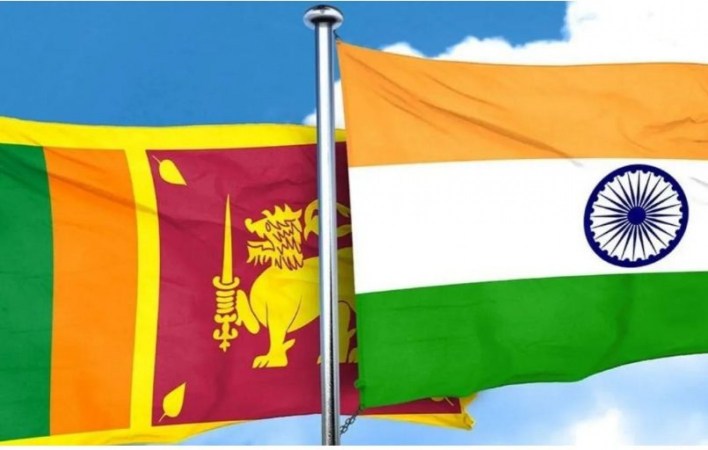 Sri Lanka’s first priority would be to revitalize the food production sector. India, for its part, must learn from its neighbor’s mistakes and increase domestic production in a variety of sectors, from oil seeds to renewable energy and defense equipment. Consider the following two extremes: Sri Lanka, with a population of 21.5 million (less than 80 million in Tamil Nadu and 34 million in Kerala), imported dairy products worth $333.8 million in 2020 and $317.7 million in 2021.

When reconstituted with water, one kilogram of WMP may produce about 8.5 liters of toned milk with a 3 t and an 8.5% solids-not-fat content. In 2020, the 89,000 tons of imported dust would have “generated” more than 2.1 million liters per day (MLPD) equivalent of milk.

This compares to the 1.3 MLPD produced by cows and buffaloes in Sri Lanka. It leads to a more than 60% reliance on imports for a country with very little foreign exchange to purchase anything, much less milk powder.

On the opposite end of the spectrum is Saudi Arabia, which has over 35 million people (including immigrants) and the world’s largest vertically integrated dairy enterprise. The Almeria Company operates six dairy farms in the Desert Kingdom, which house 107,000 Holstein Friesian cows and generate more than 3.5 million liters of milk each day.

The animals are imported from the United States and Europe. The whole feed (about 1.5 million tons per year of corn, soybean meal, cottonseed expeller, and other substances) and the feeds supplied to them are imported. The company has even acquired hundreds of acres of land in California, Argentina, and Romania to grow alfalfa hay, which is then sent back to feed livestock.

Consider the difference between the two models: one country imports WMP and adds water; the other country exports WMP and water. The other produces all of its milk domestically, but the animals, feed, fodder, and even the technicians who work in the dairies are all imported.

Saudi Arabia is going to such lengths to create its own milk from cows maintained in shelters with ceiling misters spraying water droplets and fans to shield them from desert temperatures of 50 degrees Celsius.

When it comes to securing the supply of a fundamental item like milk, the Saudis are willing to pay any price. Other Persian Gulf countries have also imitated the Almeria model. This is despite the fact that it lacks the land, water, and climate essential for green fodder farming, as opposed to Sri Lanka, which has all of the natural resources to become a dairy giant rather than a super importer.

There are lessons here for India, countries that, like Sri Lanka, rely heavily on imported edible oils. India imports 13,514.5 million tons of vegetable oil each year, or nearly 60% of total consumption. This didn’t appear to matter until lately. Because of low worldwide prices, the import expense declined from $9.85 billion in 2012-13 to $9.67 billion in 2019-20. In 2019, Indian customers spent about the same on imported palm, soybean and sunflower oil as in 2012.

However, the situation has changed in recent years, with retail prices for most oils more than tripling. In 2021, the value of vegetable oil imports from India reached a new high of $19 billion. It has highlighted the dangers of over-reliance on imports of key food supplies.

See also  What the E-Trade deal says about Robinhood

User industries were delighted, believing that RCEP would provide them with inexpensive imported ingredients. When the agreement was signed in November 2020, world prices for skimmed milk powder and anhydrous fat were respectively $2,700–2,800 and $4,000–4,200 per ton. However, the government opted to withdraw from the deal, possibly due to the harm done to India’s edible oil sector by a previous FTA with the Association of Southeast Asian Nations. (ASEAN).

Today, when powder and fat prices are over $4,100 and $6,000 per ton, respectively, and have even exceeded the $4,600-7,100 mark, the wisdom of that decision has been shown. Despite the fact that the era of cheap frying oil is over, Indian consumers have not seen dairy inflation. 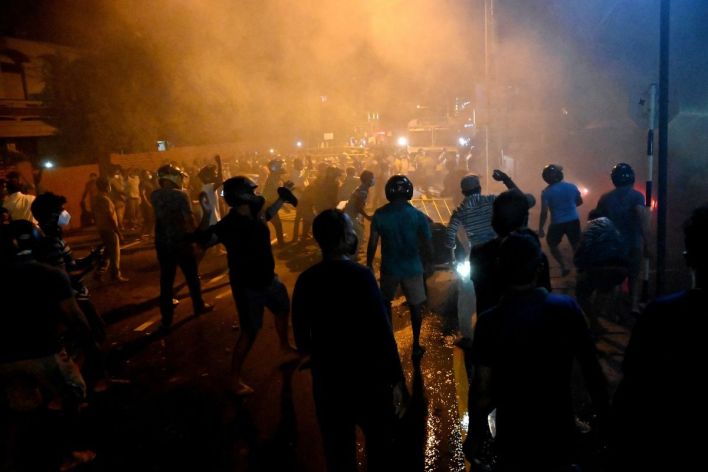 Prices would not have halted at $10,000 per ton if India had become an importer of dairy goods, as it is in edible oils. The global dairy trade accounts for less than a quarter of India’s annual milk production. Even if it wanted to, the world could not provide for us.

What lessons can India take from other countries?

The Indian food grain picture has evolved dramatically over the previous five to six decades. In the 1960s, India was a food-deficit country that had to import food grains to feed its people.

The scenario was ship-to-mouth: the food grain unloaded at the port had to be delivered to customers as soon as feasible. However, the situation has changed; there has been a significant rise in food grain output.

With varying degrees of effectiveness, both state and federal governments have increased food availability for disadvantaged segments of the population. So, is it time to be proud of what you’ve accomplished? What else do we have in store for us?

Sri Lanka has previously faced serious food shortages and food inflation. Chemical fertilizers have been critical in increasing agricultural output. However, relying on chemical fertilisers to improve agricultural productivity has major long-term consequences. Their reliance must be eased off over time.

The Sri Lankan government has chosen to switch to organic farming without taking the necessary precautions. It opted to employ organic manure instead, of chemical fertilizer, which is used by 90% of farmers in the country. The ban on the import of chemical fertilizers resulted in a sharp decrease in food grain production and severe price inflation.

As a result, rice reached Rs 115 per kg and wheat reached Rs 100 per kg. At the same time, the price of a cylinder of liquefied petroleum gas surpassed Rs 2,500 per unit.

Countries whose economies rely heavily on tourism must exercise caution when using their foreign reserves. During the novel coronavirus disease (COVID-19) pandemic, there has been a sharp decline in the number of foreign tourists visiting Sri Lanka, as well as a corresponding decline in foreign reserves.

The government’s debts were paid off using the government’s limited foreign reserves. The agricultural sector has been impacted by the ban on the import of food and agricultural inputs. In short, rash and irrational decisions have contributed to the country’s food shortages and inflation. To address Pakistan’s food crisis, a central minister suggested that people reduce their consumption of wheat and sugar.

Such advice is impossible to give to people who are malnourished or hungry. At best, it is a stopgap measure rather than a long-term solution.

It is better to teach someone how to catch a fish than to give them a free fish. Foreign entrepreneurs left the country due to a lack of workers and remunerative wages. Food inflation resulted from the decline in food imports caused by the depletion of foreign reserves. To appease the people, the government began recklessly printing currency notes, resulting in hyperinflation. Zimbabwe experienced similar hyperinflation as a result of reckless currency printing.

Providing people with food security entails not only providing major cereals but also a well-balanced food basket. To that end, some countries have diversified their agriculture. Uruguay, for example, focuses on improving dairy products in addition to traditional crops. The country’s population is only 3.3 million, but it has 12 million cows. There are approximately four cows for every individual. 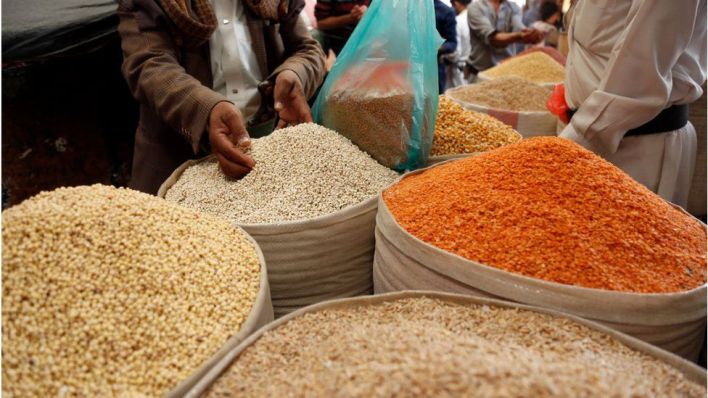 Every cow has an electronic chip in its ear to track its movements. Milk, curd, butter, and ghee are all exported in large quantities. Previously, a household’s wealth in India was measured in terms of herds of cattle. Cattle are important in a paternalistic tropical country.

If the rains fail in a monsoon-dependent country, it could be disastrous for a household that relies solely on land. However, a household with some cattle and land can easily survive. 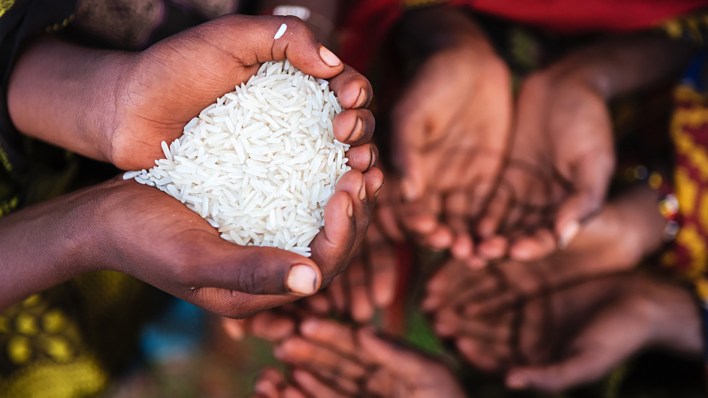 The cultivation method must be environmentally friendly and long-term sustainable. The soil must have at least three-sixths organic content. Unfortunately, in a state like Punjab, where food grain production is high, the organic content is less than 0.5%. Soil with low organic content is reduced to sand. If the current trend continues, at least a quarter of India’s cultivated land will become desert in the next 10-15 years.

Adding leaves from trees or animal waste to the soil can boost its organic content. If trees are cut down and animals are slaughtered, it may become difficult to increase the organic content of the soil. As a result, there must be a mandate to keep a certain proportion of land under trees. To achieve environmentally friendly and sustainable agriculture, excessive reliance on chemical fertilisers must be gradually reduced.

To prevent desertification, the organic content of the soil must be maintained in accordance with scientific standards by having an adequate number of trees and cattle herds.

What is an initial public offering (IPO)? What They Are and How They Work

Top 10 most Biggest Indian Scams of all times