We share a vision of an Indo-Pacific region that is free, open, fair, inclusive, interconnected, resilient, secure, and wealthy, with the ability to achieve sustained and inclusive economic growth.

We recognize that our regional economic policy goals are inextricably linked and that greater economic engagement among partners is critical for ongoing growth, peace, and prosperity.

We realize that the COVID-19 epidemic has highlighted the importance of collaborating closely to guarantee that economic recovery and progress are based on resilience, sustainability, and inclusion.

The pandemic has also highlighted the importance of improving economic competitiveness and cooperation, as well as securing critical supply chains, while also stimulating job growth and expanding economic opportunities, particularly for our workers, women, small businesses, and the most vulnerable members of our society. 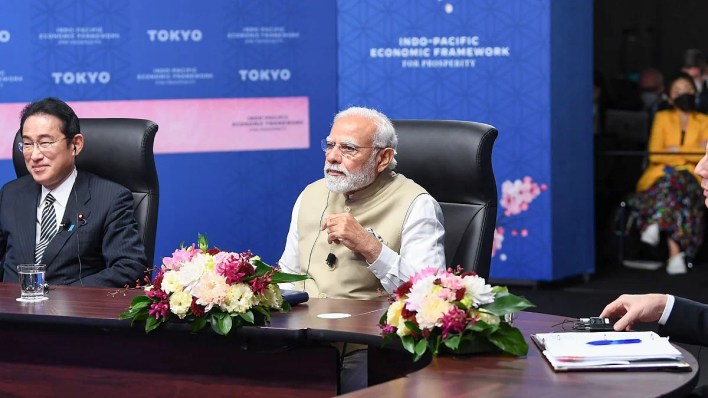 Trade, supply chain resilience, renewable energy and decarburization, taxation, and anti-corruption measures are the four pillars of the economic framework. According to a joint statement, the framework aims to help these economies “advance resilience, sustainability, inclusivity, economic development, fairness, and competitiveness.”

Mr. Modi defined the gathering as the result of a shared aim to make the Indo-Pacific region a global economic development engine by asking for common and innovative answers to the area’s economic issues.

According to a government statement, “India is eager to engage with partner nations under the IPEF and work towards improving regional economic connectivity and integration, and enhancing trade and investment within the region.”

Analysts at the East Asia Forum, on the other hand, believe that security, rather than economics, will drive US commercial participation in the area. “The United States continues to dominate international banking,” it stated in a separate context, “but China will soon have the world’s largest economy.” 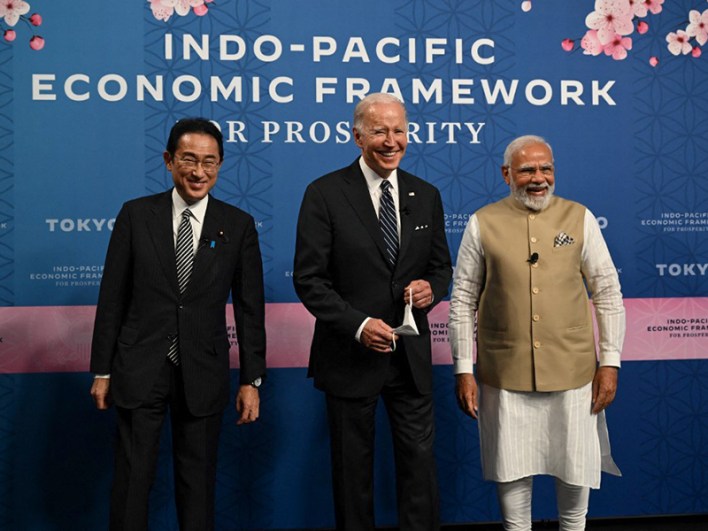 In the long run, our ability to harness technology, promote innovation, participate in the digital economy, justly transition energy systems, and achieve energy security depends on

We are beginning the process of establishing the Indo-Pacific Economic Framework for Prosperity to prepare our economies for the future.

Digital trade encompasses not just the online buying and selling of things, but also the data flows that allow global value chains and services, such as smart manufacturing, platforms, and apps, to operate.

The goal is to reduce organizations’ downstream costs, increase their capacity to use data processing and analysis, and improve cyber security outside their borders. 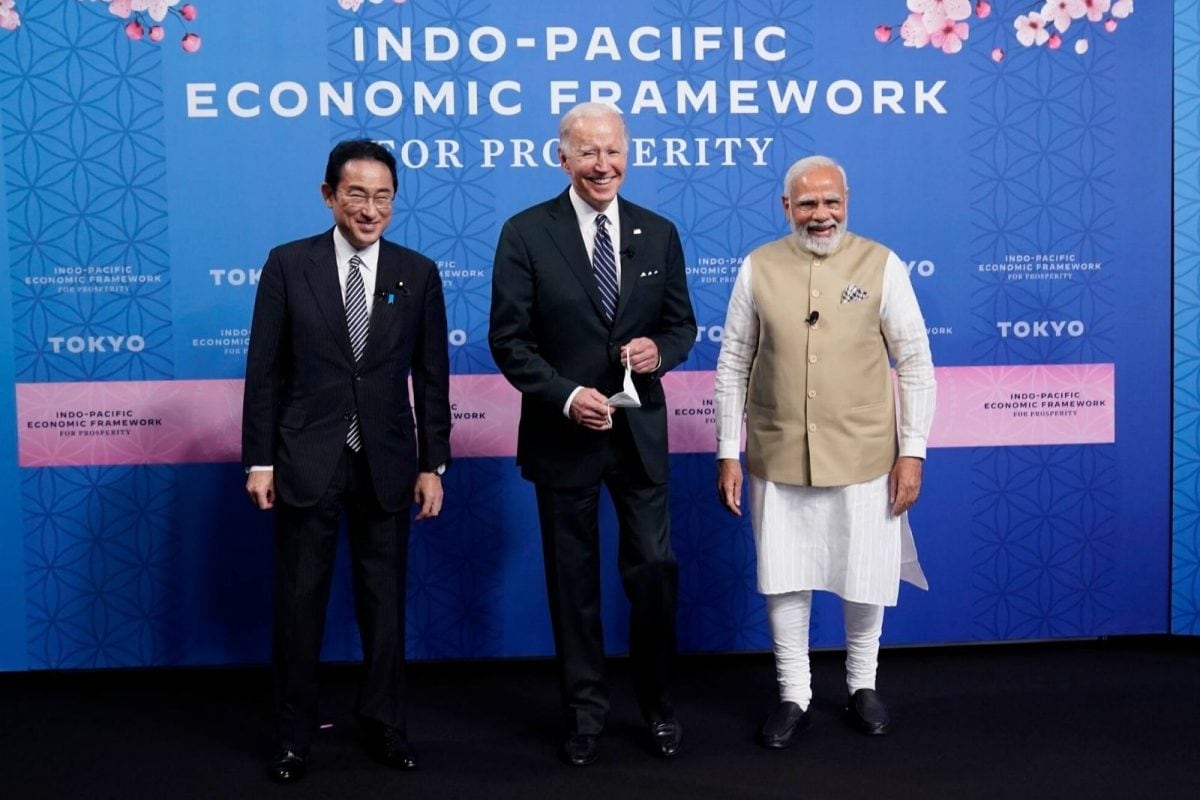 Following the Paris Agreement, the clean energy, decarburization, and infrastructure pillars would provide technical assistance and aid in the mobilization of finance, including concessional finance, to improve competitiveness and connectivity by assisting countries in the development of sustainable and long-lasting infrastructure for renewable energy adoption.

Renewable energy is less expensive than fossil fuels, but its high start-up costs relative to current infrastructure keep it from becoming mainstream. Regional partners would prefer the US to assist in bridging the gap through climate funding and expertise exchange, according to public policy researchers at the Centre for Strategic and International Studies (CSIS).

Our economies will benefit from this framework’s resilience, sustainability, inclusivity, economic development, justice, and competitiveness. We hope to contribute to regional collaboration, stability, prosperity, development, and peace through this project.

Additional All Indo-Pacific partners that share our aims, interests, and ambitions for the area are invited to participate. We are dedicated to working with our framework partners in a way that recognizes the value of technical help and capacity building, allows us to remain flexible, and provides demonstrable advantages to our employees.

Countries are allowed to join (or not join) projects under any of the pillars, but once enrolled, they must follow through on all promises. Following the introduction, negotiations will commence to identify and list the laws under each pillar, as well as provide nations the opportunity to pick their “commitments.”

The accords might be finalized within 18 months, according to CSIS, potentially before the Asia-Pacific Economic Cooperation (APEC) meeting in November 2023, which the US would host.

In addition, additional nations interested in joining the framework in the future would be welcome to do so as long as they agree to the aims and other requirements.

According to a recent Congressional Research Service report, after former President Donald Trump withdrew from the Trans-Pacific Partnership (TPP) in 2017, analysts say the US lacks an economic and trade plan to offset China’s growing economic power in the area. 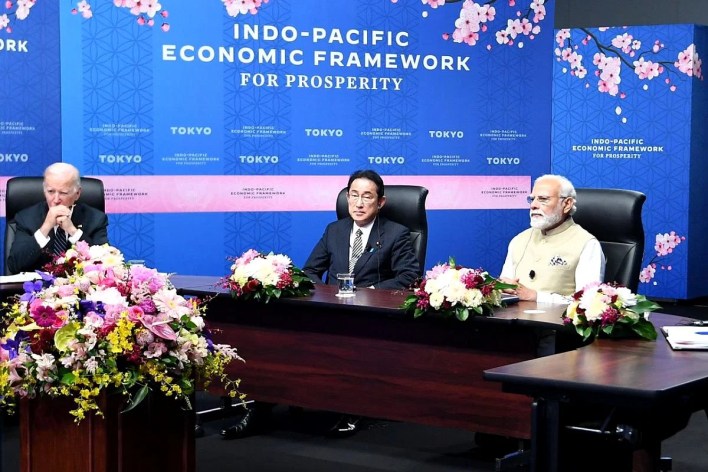 The TPP was signed by his predecessor, Barack Obama, to limit China’s dominance in the area. Former President Trump stated that the US would only strike trade agreements with specific allies.

China, on the other hand, is a member of the RCEP, which includes Australia, Brunei Darussalam, Cambodia, China, Japan, Lao People’s Democratic Republic, New Zealand, Singapore, Thailand, and Vietnam.

Chile, New Zealand, and Singapore have also indicated an interest in joining the TPP’s successor agreement, the Comprehensive and Progressive Agreement for Trans-Pacific Partnership (CPTPP), as well as the Digital Economic Partnership (DEPA). Neither of these agreements includes the United States.

Many American corporations are trying to move away from manufacturing in China, according to Secretary Raimondo. As a result, the IPEF would benefit member countries by allowing them to attract those enterprises into their countries.

Many American corporations are trying to move away from manufacturing in China, according to Secretary Raimondo. As a result, the IPEF would benefit member countries by allowing them to attract those enterprises into their countries.

Observers contend that Washington’s geopolitical prudence is demonstrated by the omission of US ally Taiwan from the agreement, despite its eagerness to participate.

Even though Taiwan may be qualified on economic grounds, “there is a clear risk that its inclusion will further politicize the framework and exacerbate China’s hostility to the initiative, forcing regional allies to choose between Washington and Beijing imperatives,” CSIS stated. Washington justified its position by stating that it plans to seek a “deeper bilateral relationship with Taiwan” that will assist both economies to grow.

What broad challenges are we looking at?

Trade: We aim to develop high-standard, inclusive, free, and fair trade commitments, as well as new and innovative approaches to trade and technology policy, to achieve a broad set of goals that boost economic activity and investment, promote sustainable and inclusive economic growth, and benefit workers and consumers. Cooperation in the digital economy is one of our endeavors, but it is not the only one. Critics have expressed doubts about the practicality of a grouping that, according to US officials, would neither be a “free trade pact” nor a venue for discussing tariff reductions or increased market access.

Supply Chains: To make our supply chains more robust and well-integrated, we are dedicated to promoting openness, diversity, security, and sustainability. 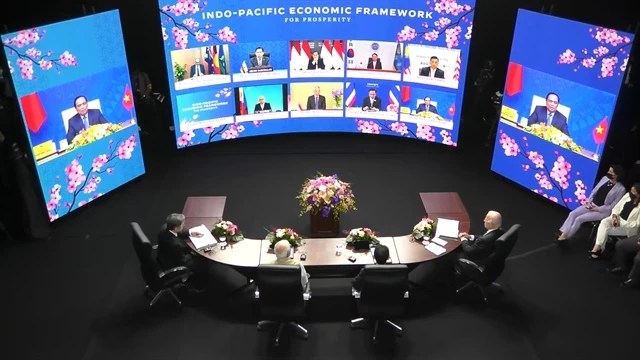 See also  The rupee is falling against the US dollar, but why? How it will impact the Indian economy?

Clean energy, decarbonization, and infrastructure: We plan to accelerate the development and deployment of clean energy technologies to decarbonize our economies and build resilience to climate impacts, in line with our Paris Agreement goals and efforts to support the livelihood of our people and workers.

Deepening collaboration on technologies, mobilizing funding, particularly concessional finance, and identifying methods to promote competitiveness and connectivity through supporting the development of long-term infrastructure and giving technical assistance are all part of this.

We are dedicated to encouraging fair competition in the Indo-Pacific region by implementing and enforcing effective and strong tax, anti-money laundering, and anti-bribery regimes that follow existing international commitments, standards, and agreements.

This entails sharing knowledge and looking for methods to help with the capacity building that is required to promote accountable and transparent systems.

We are continuing to find more areas of collaboration based on talks among partners to further regional economic connectivity and integration and promote our common objectives. We look forward to working together to create favorable conditions for more trade, investment, and commerce among our economies, as well as higher standards and greater access to opportunities for our workers, businesses, and people in our combined markets.

Unlike a regular trade deal, the IPEF will not require legislative approval before the US government can act, avoiding a politicized debate about domestic repercussions, according to CSIS. This also casts doubt on its readiness to make major compromises under the agreement among possible partners.

According to Washington, the IPEF will allow countries to collaborate closely with the US, allowing for better transparency, coordinated supply chains, and shared technical skills.

This is also projected to boost the digital economy, infrastructure development, and investor acquisitions. “The United States will be a preferred partner on all aspects of this framework, even if traditional tariff liberalization is not a consideration,” National Security Advisor Jake Sullivan said.

Concerns concerning IPEF’s long-term viability have been expressed due to the turbulence of domestic politics. 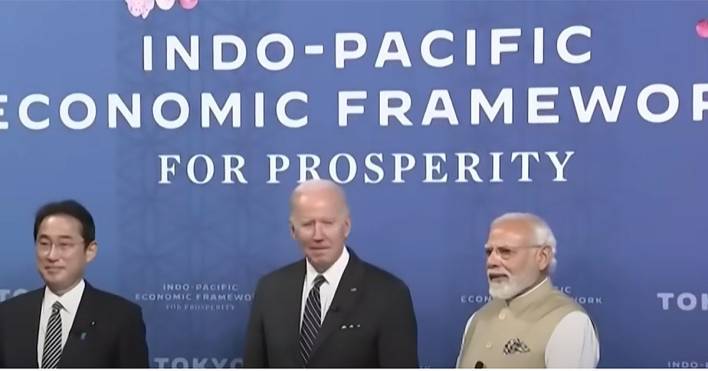 “The memory of strong US leadership on the TPP, followed by an abrupt withdrawal from the agreement after presidential candidates Hillary Clinton and Donald Trump distanced themselves from it for domestic political reasons,” haunts many regional partners, according to CSIS, “as do the Trump administration’s tariffs and general mercantilist stance.” It goes on to say that the Biden administration would have to build and maintain strong bipartisan support for the IPEF.