Indonesia has decided and announced to ban the export of its crude palm oil to India from April 28. The timing could not be any worse than this; the ban comes at a time when edible oil prices are already surging.

Indonesia has made the decision to stop all the exports, which is driven by the ongoing political situation going on in the nation. Inflation is on the move, and President Joko Widodo’s rivals are winning the popularity battle. Indonesian President Joko Widodo has imposed the export ban citing because of the rising inflation and wanting to ensure the availability of food products at home following Russia’s invasion of Ukraine. The exports of palm oil, which is the most widely used edible oil, whose raw material is widely used in a range of products from cosmetics to cakes, have been stopped by the world’s top palm oil producer, Indonesia. Malaysia and Indonesia count for more than half of the global palm oil supply.

What does the ban mean in India?

India gets 50% of its crude palm oil from Indonesia. It imports around eight million tonnes of palm oil every year, accounting for about 40 per cent of the share in total edible oil consumption. With the ban, edible oil prices, which are already at an all-time high, will go through the roof. 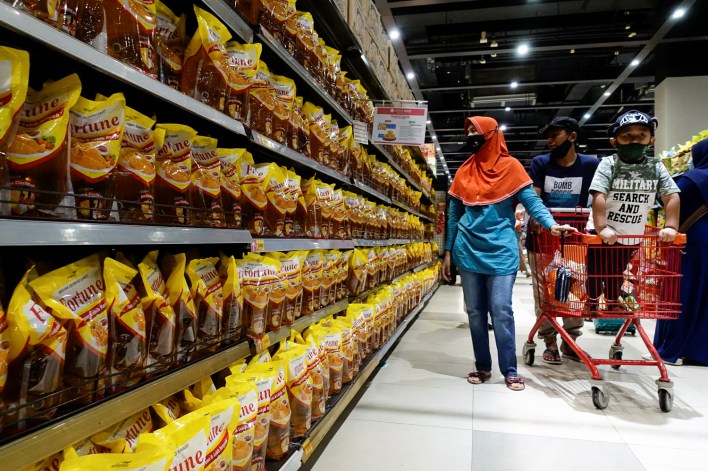 The invasion of Russia to Ukraine has forced many nations to switch to palm oil as a substitute for soybean or sunflower oil. Ukraine and Russia are called the world’s largest exporters of sunflower oil in the world as nearly  46 per cent come from Ukraine, and 25 per cent comes from Russia.

According to the report received from the Observatory of Economic Complexity, a data visualisation site for international trade. India is also the world’s largest importer of vegetable oil. 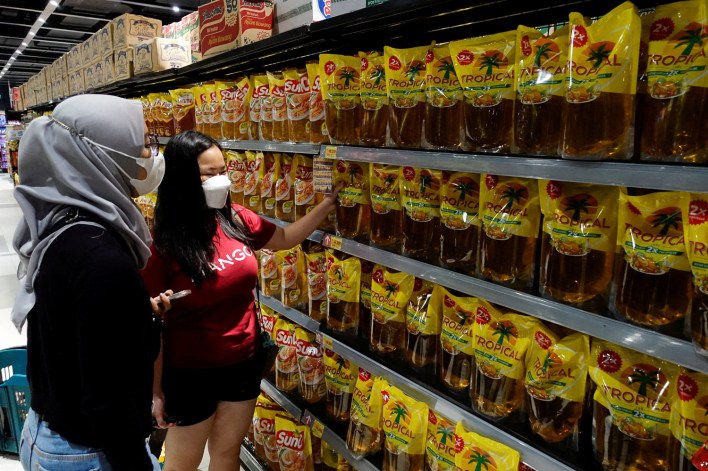 New Delhi: The decision from the Indonesian government to ban the export of palm oil from April 28 has come as a huge setback for India, which is already reeling under the impact of high prices for edible oil since the Ukraine-Russia has started. Indonesia is regarded to be the world’s largest producer and supplier of palm oil.

The decision has already created a sensation in the Indian market, with most the traders wary of the impending shortfall and price hike. India imports roughly around 80 lakh tonnes of palm oil from Indonesia, Malaysia and Thailand every year.

India is the largest importer known of vegetable oil. The Palm oil prices rose nearly 5% over the weekend over the fear of shortages in the coming time.

Countries like Bangladesh, India and Pakistan are in a fix as they import most of the palm oil from Indonesia. While Malaysia is known to be a strong second, it is unlikely to be able to fill the gap created by Indonesia. 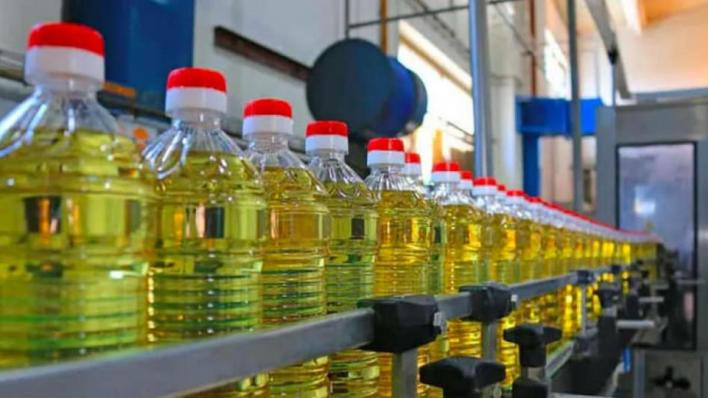 India has been getting nearly half of its palm oil imports from Indonesia, while Bangladesh and Pakistan have been importing nearly 80 per cent. Just like in India, prices in Pakistan and Bangladesh have also increased.

Rasheed JanMohd, who is the chairman of Pakistan Edible Oil Refiners Association (PEORA), said, “Nobody can compensate for the loss of Indonesian palm oil. Every country is going to suffer,” as mentioned in a report in Reuters.

This move taken by the world’s biggest palm oil producer, Indonesia, to ban exports from Thursday will increase prices of all major edible oils, including palm oil, soy oil, rapeseed oil and sunflower oil, industry watchers have been predicted. That will have an extra strain on cost-sensitive consumers in Asia and Africa, hit by higher fuel and food prices. 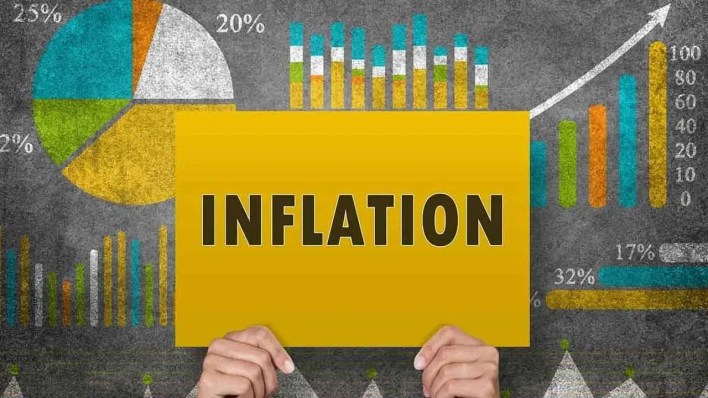 The shortage thus created is of importance concerning the sunflower oil supply disruption from the Black Sea region.

Indonesia has allowed its loading till April 28, but consuming countries are likely to face a shortage after the first half of May.

The president of the trade body of the Solvent Extractors Association of India (SEA), Atul Chaturvedi, has called the move unexpected and asserted that the export ban would be hurting customers in India as well as worldwide.

The trade body has urged the government to put the initiative in the immediate government-to-government discussions with Indonesia. 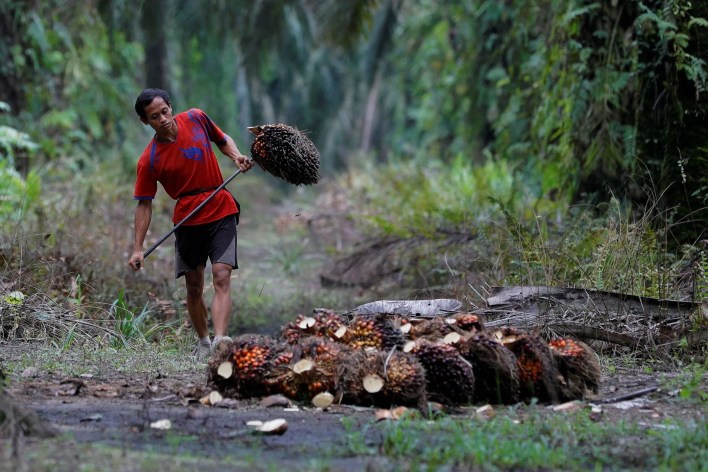 “This will have some serious repercussions in our domestic market as half of our total imports of palm oil is from Indonesia, and no one can fill up this void,” said SEA director-general BV Mehta as mentioned in a report in PTI.

How Will the Ban on Palm Oil Will Impact India?

The latest decision taken by the Indonesian government is likely to have a big effect on India as it is the largest importer of edible oils. India has been importing more than 50% of palm oil from Indonesia.

Soybean and Sunflower oil prices have seen a sudden increase because of the Russia-Ukraine war. Russia and Ukraine are called the largest sunflower and soybean oil-producing countries found in the world.

The supply has been greatly affected because of the war. At the same time, the ban on the export of palm oil from Indonesia will have a direct impact and effect on the supply to India. For such a situation, pressure can be observed on the prices of oil in the domestic market rising. Earlier in January, Indonesia banned the export of palm oil. However, the ban was lifted in March.

Uses Of Palm Oil in India 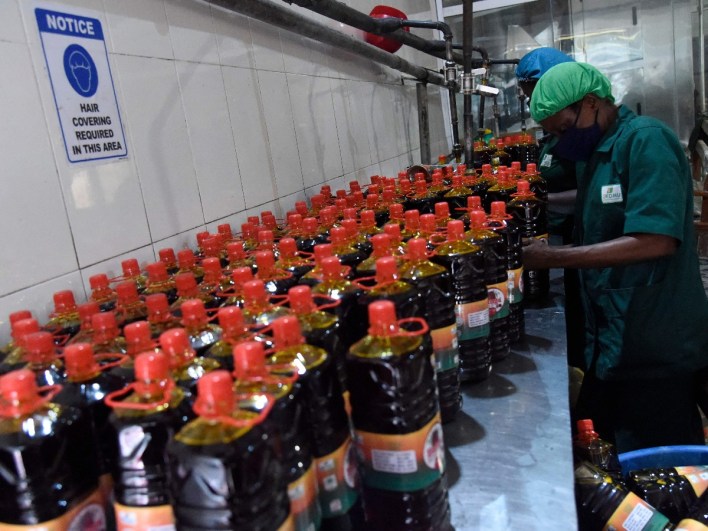 Palm oil is the most consumed vegetable oil in the world. About 50 per cent of the products the average urban Indian is in the habit of using daily contain palm oil.

In India, it is generally and mostly used as a cooking oil and as an ingredient in a wide range of customer merchandise. Ice cream, Shampoo, cooking oil and lipstick, all of these contain palm oil.

Palm oil and its subordinates are used for manufacturing several daily consumption goods like soaps, margarine, shampoos, noodles, biscuits and chocolates. So, any amount of rising in palm oil prices will push up the input costs across all of the major industries. 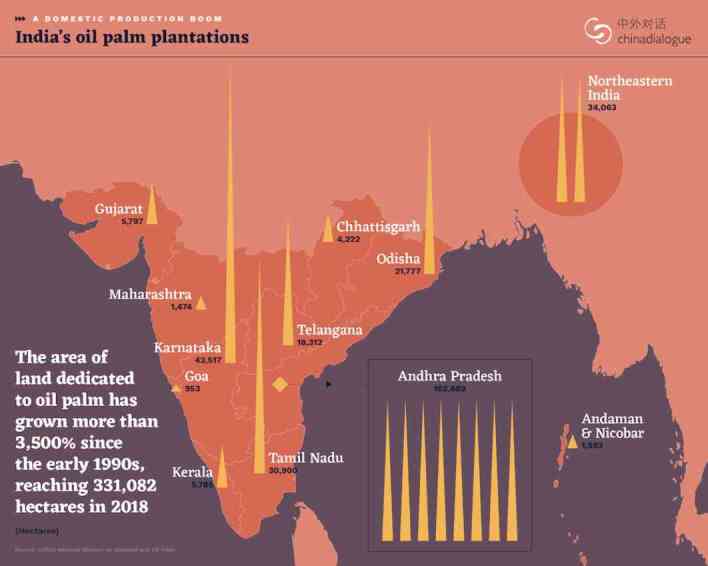 The Central government has spent Rs 50,000 crore annually on the import of palm oil. A report that was published in The Hindu Business line mentioned that Indian consumers should gear up for the difficult times that are coming.

According to a report found in the Indian Express, traders in India may see a sudden increase in the price of all the edible oils by Rs 3,000 to 5,000 per tonne.

Which Of the Commodities May See A Rise In Prices?

Because of the ban on the supply of palm oil, oil prices in the domestic market may experience some changes. In such a situation, there may be some losses for FMCG companies, like Britannia, ITC and HUL. 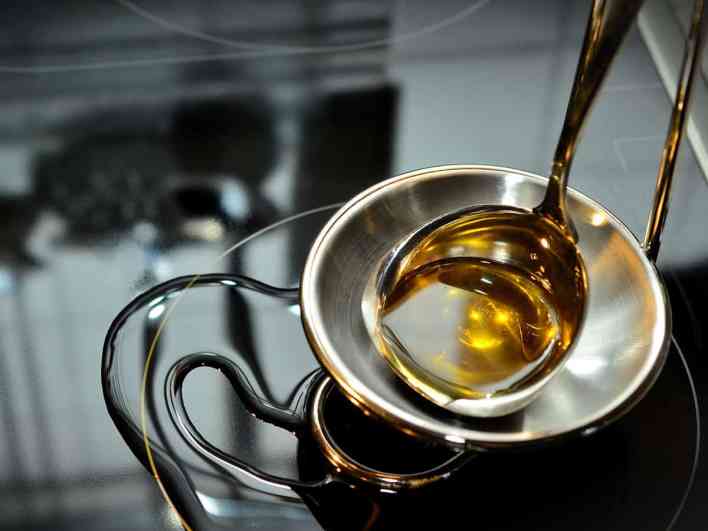 “We have suggested the government to initiate dialogue with Indonesian counterparts with the highest diplomatic level on the cooking oil export ban. This will have serious repercussions in their domestic market as half of our total imports of palm oil is from Indonesia and no one can fill up this void,” was stated the Solvent Extractors Association of India (SEA) director-general, BV Mehta, as mentioned in a report in PTI.