ITC Ltd. reported a 38% increase in standalone net profit for the quarter ended June 30, 2022, compared to the same period in the last year, thanks to stronger performance across many industries, including agribusiness, hotels, cigarettes, FMCG, and paperboards.

In the reviewed quarter, operational revenue climbed by approximately 41% to 18,320 crores from 12,959 crores during the same period last year.

The global conglomerate’s stock reached a 52-week high of $308.80 on the BSE on Monday after it released financial results that exceeded market expectations. On the BSE, the company’s stock ended the day at 307.55, up 1.52 per cent.

Market sources claim that the company’s hotel division recorded its highest quarterly sales and earnings in more than 14 years. The FMCG and agricultural industries both recorded their highest-ever quarterly revenues.

During the reviewed quarter, the other FMCG business—which includes branded packaged foods, education and stationery, personal care and safety matches, and agarbattis—grew by 19% to 4,451 crores ($3,726 crores).

The discretionary/out-of-home categories saw major growth, while staples and convenience items showed resilience during the quarter. As educational institutions reopened, the market for education and stationery products recovered. 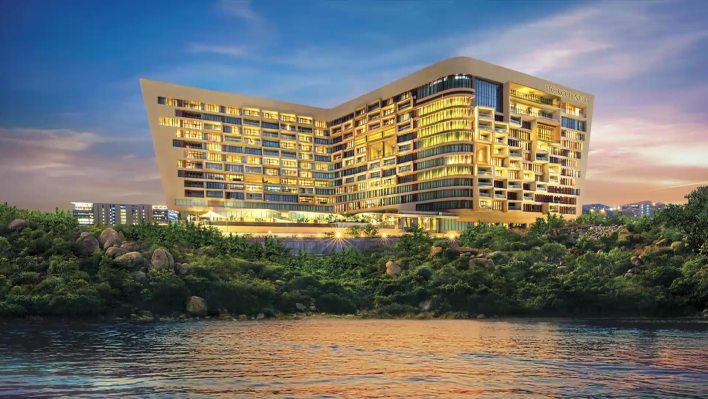 The hotel sector’s revenue increased by 337 per cent to 555 crores (127 crores). Both occupancy and the average room rate exceeded pre-pandemic levels. According to the report, the segments driving growth have been retail (packages), leisure, weddings, and MICE.

EBITDA margins are increased to 32.5% from 17.5% in Q1 FY20 by structural interventions and higher RevPAR (revenue per available room).

With segment revenue increasing by about 83 per cent to $7,473 crore (from $4,091 crore), the corporation maintained its high growth trajectory in agribusiness. Wheat, rice, and leaf tobacco exports were the main drivers of this increase.

The company used agile execution, a strong sourcing network, and strong client relationships. ITCMAARS was introduced in seven states, encompassing more than 200 FPOs, and has so far registered more than 75,000 farmers.

The market for paperboards, paper, and packaging grew 43% to 2,267 crore ($1,583 crore). Demand has been high across all end-user categories. The company keeps expanding its line of environmentally friendly items. 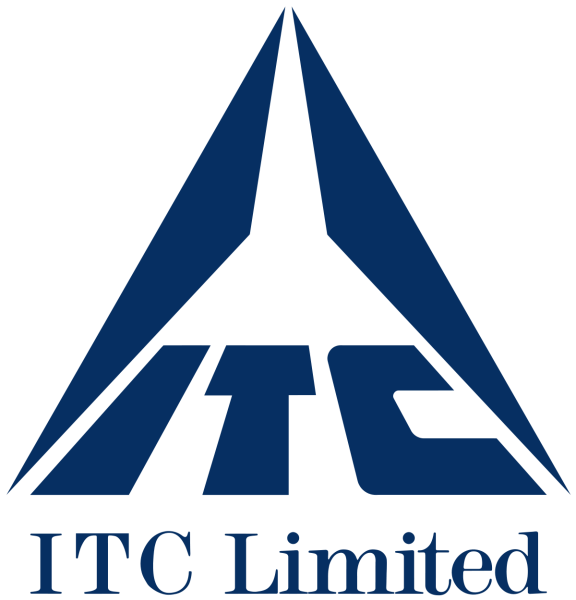 ITC Limited is a multinational with its main office in Kolkata. ITC is present in many sectors, including agribusiness, FMCG, hotels, software, packaging, paperboards, and speciality papers. 13 enterprises across five market areas make up the organisation. It exports to 90 different countries. Its goods are sold in six million retail establishments.

The 1910-founded Imperial Tobacco Company of India Limited later changed its name to the India Tobacco Company Limited and finally, in 1974, to ITC Limited. ITC is no longer an acronym for the company; it is now known as ITC Limited. As of 2019–20, the company has a market value of US$35 billion and annual revenue of US$10.74 billion. It employs 36,500 people and operates more than 60 locations across India. 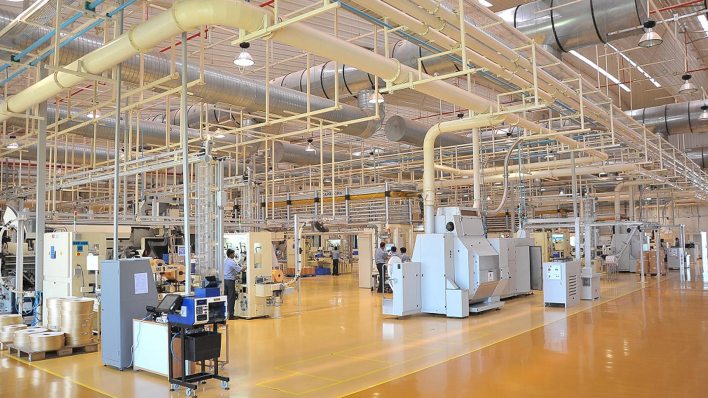 Imperial Tobacco Firm of India Limited was the original name of the British-owned, Kolkata-registered company that succeeded WD & H.O. Wills on August 24, 1910. It later changed its name to “ITC Limited.” To get leaf tobacco, the corporation entered into relationships with farmers from the southern region of India in 1911 because its business was mainly founded on agricultural resources. In 1912, the “Indian Leaf Tobacco Development Company Limited” was established under the corporate umbrella in the Andhra Pradesh district of Guntur. The company’s first cigarette factory opened in Bangalore in 1913.

Construction of the company’s headquarters, the “Virginia House” in Calcutta, started in 1928. To expand its footprint, ITC purchased the Kidderpore factory of Carreras Tobacco Company in 1935. To drastically lower import prices, ITC assisted in the establishment of an indigenous industry to produce cigarette tissue paper in 1946. In 1949, a printing and packaging facility was established in Madras. In 1953, the company bought the manufacturing operations of Tobacco Manufacturers (India) Limited and Printers (India) Limited’s related lithographic printing operations. 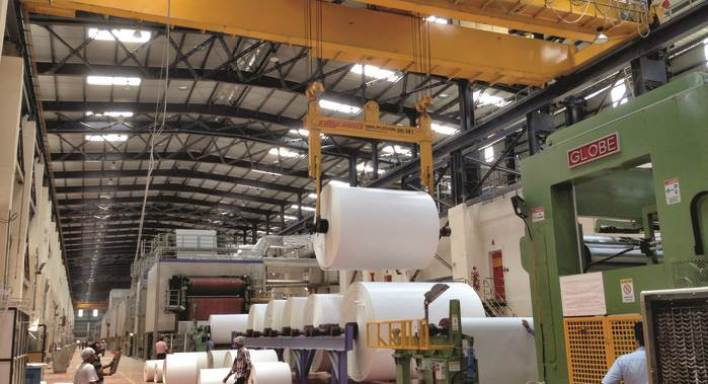 Towards Indianisation and Business Diversification

On October 27, 1954, the business became a public limited corporation. With 6% of the company’s Indian shareholders, the first step toward Indianization was made in the same year. ITC entered the consumer research market for the first time during this period in India. To achieve self-sufficiency in the production of cigarettes, technology was more heavily focused on throughout the 1960s when establishing cigarette machines and filter-rod manufacturing facilities.

See also  These noise-cancelling headphones are 50% off right now

The establishment of the company’s Indian management was greatly aided by Ajit Narain Haskar’s appointment as the first Indian chairman in 1969. The corporation’s name was changed from “Imperial Tobacco Company of India Limited” to “India Tobacco Company Limited” in 1970 as Indian ownership of the company increasingly increased.

ITC became the first business in India, to begin with, the Scissor’s Cup in 1971. The 1970s saw the beginning of cutting-edge marketing efforts and electronic data processing.

To diversify and venture into newer companies through research and development, the company established its integrated research centre in Bangalore in 1973. In 1974, the firm’s name was changed to “ITC Limited” to reflect the developing diversification aspirations. During this time, the Indian shareholding increased further to 40%. The company entered the hospitality industry in 1975 when it bought and renamed the ITC Welcomgroup Hotel Chola in Madras. The company selected the hospitality industry due to its potential to produce major amounts of foreign exchange, develop tourism infrastructure, and produce a major amount of direct and indirect employment.

In 1976, the company’s ownership reached over 60%, and the following years saw additional hotels opening. In 1977, the ITC Sangeet Research Academy was founded in Calcutta. ITC promoted ITC Bhadrachalam Paperboards Limited in 1979 to enter the paperboard industry. After J. N. Sapru was elected company chairman in 1983, Surya Nepal Private Limited was bought in 1985, marking the beginning of the company’s global expansion. The establishment of an Indian restaurant in New York, the purchase and renaming of Vishvarama Hotels to ITC Hotels Limited, and the establishment of two new businesses under its umbrella, ITC Classic Finance Limited and ITC Agro Tech Limited, all occurred in 1986.

When the Sundrop brand of cooking oils debuted in 1988, ITC joined the edible oils market. In 1990, Tribeni Tissues Limited was purchased. ITC Global Holding Private Limited was founded as an international trade business in Singapore in 1992, and K L Chugh was appointed chairman in 1991. All of the company-owned hotels were transferred to the publicly traded subsidiary ITC Hotels Limited in 1994. ITC sponsored the 1996 Cricket World Cup through the company Wills.

The corporate governance structure was revised in 1996 under the leadership of Y.C. Deveshwar to enable the efficient operation of several firms. ITC got out of the financial services and edible oil sector; in 1998, it sold ITC Classic Finance Limited to ICICI Limited and turned over the Sundrop business to ConAgra Foods Limited. In Madhya Pradesh, an innovative programme for farmers known as “e-Choupal” was launched in the year 2000. The Wills Sport line of casual clothing by ITC was introduced in the same year, along with ITC’s debut into the stationery and gifting industries with the introduction of the Expressions range of greeting cards and Classmate notebooks.

In 2000, ITC Bhadrachalam Paperboards Limited was integrated with ITC Limited, and a wholly owned information technology company, ITC Infotech India Limited, was established. In 2001, the company’s name was modified to “ITC Limited,” with the dots removed, and the slogan “No stops for ITC” was adopted. The first employee stock option programme was introduced, and the company’s web portal became live. ITC Infotech established subsidiaries in both the UK and the USA. 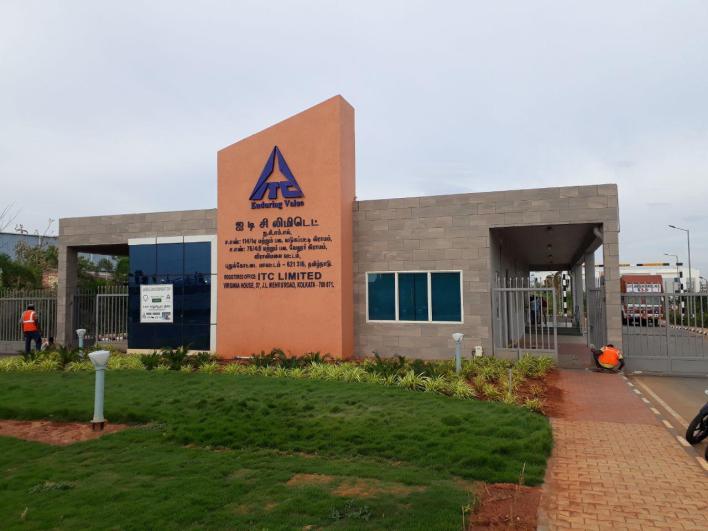 The Calcutta Stock Exchange, the National Stock Exchange of India, and the Bombay Stock Exchange all offer equity shares of ITC for trading (CSE). The corporation’s Global Depository Receipts (GDRs) are traded on the Luxembourg Stock Exchange.
ITC is a part of both the BSE SENSEX and the NIFTY 50, two of the most significant stock market indices in India.

The company’s Chairman Yogesh Chandra Deveshwar (deceased 2019) received many honours, including the Padma Bhushan from the Indian government from 2005 to 2009, according to Boston Consulting Group, and was ranked as the seventh-best CEO in the world by Harvard Business Review.

In 2012, Meera Shankar, who served as India’s ambassador to the United States from 2009 to 2011, became the company’s first female director ever to join the board of ITC Limited. She is the company’s additional non-executive director.

Higher rate of taxes, more number of taxes, Now higher interest on loans: It seems Modi and Sitharaman have decided to suck the last drop of blood from Indians

The Enforcement Directorate raids WazirX, and bank assets worth Rs. 64.67 crores are frozen