Our Indian judiciary and system are so bad that they cannot even help their own people. Not only are they corrupt, but they are also harassing. They use their power of manipulation to play mind games with ordinary people, affecting their lives. Ordinary people in India are suffering more and more as a result of them.

For example, if one of your electronic appliances is damaged and you call the service centre, they send you a worker who, instead of replacing the appliance, repairs it, and it stops working again, and so on, and you file a lawsuit against them, the total cost of the legal process will be more than five to ten times the actual cost price of the appliance.

You will face harassment not only from the court but mostly from the Corporates. The following example exemplifies the judiciary’s slow and deafening procedure. They only worship one GOD, and that is money.

An example of a lethargic and harassing judiciary

Former Chief Justice of India N V Ramana said on Saturday that businessmen from all over the country have complained to him about the “misuse” of the criminal laws to threaten and harass them as the country’s trend of criminalising civil disputes gains traction.

“When I spoke to the businessmen across India, they all certainly mentioned that the main criminal law is sometimes misused to threaten and also harass them — from complaints about bounced cheques under Section 138 of the Negotiable Instruments Act to FIRs registered under Section 420 of the IPC,” Justice Ramana said at a Confederation of Indian Industry (CIISouthern) Region Council meeting in Hyderabad. They now appear to be concerned about criminal prosecution under a number of laws, including the Benami Prohibition Act, the Money Laundering Prevention Act, and criminal penalties under the Companies Act and tax laws.”

“He claimed that the country has numerous investigative agencies, including the Enforcement Directorate, the Central Bureau of Investigation, the Directorate of Revenue Intelligence, and the Serious Frauds Investigation Office, and questioned whether “all of this is necessary?”

“Is it really necessary for the government to intervene at every stage and in every aspect?” is a question that we as a society must ask. Before laws are passed, there should be more debate, dialogue, and consultation. “The impact of the law must be assessed before it is passed,” he said.

The former CJI stated that the Indian judiciary is “extremely aware of its place in society, of its relevance to the people and to the nation,” that it is independent, and that it is filled with high-calibre women and men who want to do justice to the parties before them.

He did, however, acknowledge that the judicial system is dealing with a number of crises that are affecting people’s, businessmen’s, and investors’ faith in the country. “Delays and ongoing legal proceedings harm the country’s business.” The longer a court case takes to resolve, the less certain the business environment becomes.

This destroys trust and confidence, discouraging business and industry. “The situation is dire right now, and the system is on the verge of collapsing,” he said. According to Justice Ramana, the main causes of delays in justice delivery are large vacancies in the judiciary, poor infrastructure, poorly drafted and ill-conceived legislation, an increase in the categories of cases filed due to ambiguity in laws, and unnecessary litigation by governments.

The individual ego is another important factor that contributes to a series of lawsuits. “I believe that much litigation is driven by emotion rather than logic and reasoned strategy.” “Rather, it’s because one side believes it can’t lose.” “This is why, even when the stakes are low, cases are fought tooth and nail all the way to the Supreme Court,” he explained.

During his tenure as Chief Justice, he filled a large number of vacancies on the Supreme Court and in lower courts, according to the former Chief Justice. He also stated that his top priority was to use technology to speed up the delivery of justice and to encourage the widespread use of alternative dispute-resolution mechanisms. “While my vision for the National Judicial Infrastructure Authority did not come to fruition,” he said, “I am pleased that I was able to generate significant debate on the subject.”

Significant issues with the legal system-

Despite its legal independence from official and authoritative bodies, India’s legal system faces numerous challenges. We’ll now take a look at some of the issues that the Indian legal system is dealing with.

The major issues confronting the judicial structure are as follows: pending legal action, Corruption, a lack of transparency in criminal trials, and a lack of information among citizens and courts are all issues that must be addressed as a misunderstanding of the law.

In the Indian legal system, the pending status of cases is a critical issue. If the opportunities are filled, the pendency will decrease, making the equity conveyance framework productive. According to a 2015 report, nearly 400 judicial positions were available in the country’s 24 High Courts. The number of pending Supreme Court cases has risen to around 60,000.

There are approximately 25-30 million cases in various courts. Legal services account for only 0.2 percent of GDP. The number of judges per million people is 10.5-11, when it should be 50-55.
Several cases pending in the Supreme Court and other lower courts have rendered the purpose of the legal framework null and void.

As the saying goes, “equity delayed is equity denied.” Because of the disparity in pay between brilliant young legal advisors and legal officers, legal will never again attract the best legal talent. To attract people with genuine potential to the legal framework, the administration conditions of the framework must be improved, particularly those of preliminary court judges. When a victim is not financially fortunate, they frequently have to suffer because they lack financial power and thus cannot afford the cost of prominent legal counsel who can quickly win the case. The wealthy can then easily manage the costs of high-priced lawyers and change the equity allocation to support them (not really evident if the legal advisor takes after moral gauges).

This also creates a significant barrier for international financial experts and businesses interested in establishing operations in India. According to a report, the courts in Mumbai, India’s financial capital, are plagued by an age-old land dispute that is preventing the city from modernising. The Indian legal framework is being tested as a result of pending cases and a lack of legal counsel and judges.

Officials, administrators, and lawyers, to name a few, have all been found to be complicit in undermining the vote-based system. There is no accountability system in place. Due to legal procedures, even the media cannot provide an accurate and clear picture of the debasement situation.

According to all accounts, the media is more concerned with exposing corruption in various fields, particularly government. A priest taking a fix or distributing money in the middle of a race may become a feature, but a court assistant taking a reward and changing the preliminary date goes unnoticed.

According to the established procedure, no FIR has been filed against a judge who has exercised influence without the consent of the Chief Justice of India. Going to the CJI and requesting permission to file an FIR is clearly not something a poor man would do. Aside from the court and legal fees, this will be more expensive and time-consuming for him.

The judges’ professional ego, which causes them to fail to complete their work and make critical decisions while ignoring points of reference or legal guidelines, delays equity and contributes to preliminary spam. Sumatran Sen., a former Calcutta High Court judge, was the first judge in India to be reprimanded for asset misappropriation by the Rajya Sabha in 2011. 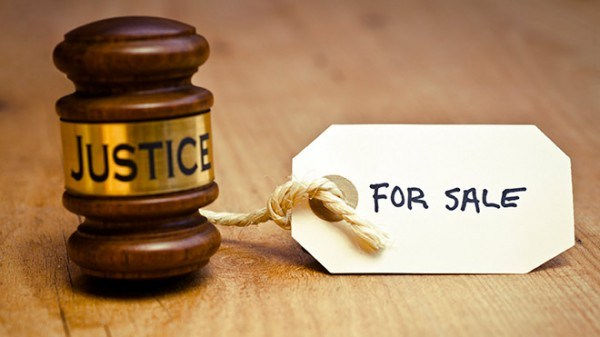 There is no openness.

Throughout the country, there have been numerous civil debates about the Collegiums framework and the new framework that the administration must present for the arrangement of judges, the NJAC. Overall, neither the collegiums framework nor the NJAC appear simple enough to persuade judges to follow a clear and reasonable procedure to the basic open.

All majority-rule systems are rapidly moving toward open government and the right of citizens to know, a global trend that is increasingly being supported by legal decisions. Furthermore, the right to know is a component of the right to free expression and articulation, and the current undercover framework, as implemented by the collegiums framework, disregards this basic right. The open preliminary and equity standard are critical for proper equity organisation.

According to Prime Minister Modi’s administration, the NJAC presentation will be more straightforward in terms of the judicial arrangement. The reality, however, was rejected by the Supreme Court of India, which stated that a significantly higher level of law is required for the appointment of judges because the NJAC isn’t “great.” According to the Supreme Court, the bar chamber is free to change the NJAC, but the advisory group must include the Chief Justice of India and four senior judges from the incomparable court.

Consider the administration and the Supreme Court stand up close and personal on this issue, but the truth remains unanswered whether the stated change or even the current proposition gets the choice of judges straight and makes the structure obvious to the general public.

The accused is on trial.

Another disadvantage that stems from the aforementioned disadvantages is that the charge is under preliminary investigation. It is appropriate for those who have done wrong; however, is it reasonable for someone who has done nothing wrong to spend more time in prison just to await his preliminary hearing? People serving preliminary sentences are crammed into Indian correctional facilities and will remain there until their cases are resolved. 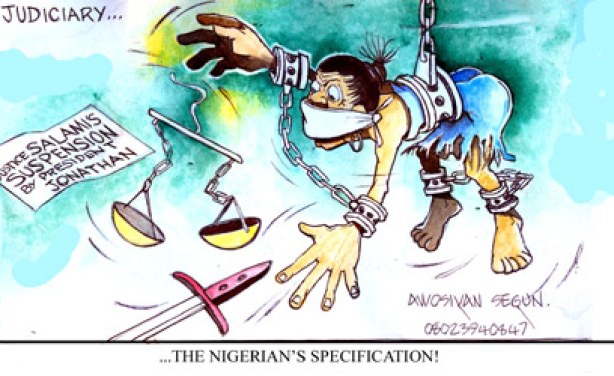 Most of the time, they end up putting in more effort in prison than the actual term they would have received if the case had been settled on a period and they expected it to be ruled against them. Furthermore, the costs, agony, and desolation they face in defending themselves in court are far worse than serving the actual sentence. Preliminary offences do not carry any penalties until they are sentenced. The rich and powerful, on the other hand, can exploit the police, and the police can harass or silence the oppressed and poor while their cases are heard in court.

People and the court are not interacting or exchanging information.
In order for any Judiciary to be effective, the general public must understand the mechanics of the legal system. The public is expected to attend the court proceedings. In any case, it is the open’s responsibility to ensure that they are sufficiently engaged to receive legal information. The law officer and creators must maintain open lines of communication with the general public and solicit feedback on specific laws or judgments.

China's economic strength is outpacing its military force. War is in fact a new epoch.