Ambani asserted that the current year ushers in India’s Amrit Kaal, which is regarded as the current most auspicious time to begin anything new, and predicted that the nation’s economy will reach $40 trillion by 2047.

According to Mukesh Ambani, who is the chairman of Reliance Industries, India’s economy is projected to increase by a factor of 13 from its current size to reach $40 trillion by the year 2047. According to him, the digitalization and clean energy revolution will be the main driving forces behind this.

The country’s economy is currently the fifth largest in the world, behind the US, China, Japan, and Germany. Mukesh Ambani’s projection for the economy is more optimistic than that of Asia’s richest man, Gautam Adani, who predicted last week that India’s economy would reach $30 trillion by 2050 as a result of rising consumption and socio-economic reforms.

In 2047, India’s economy will grow to 40 trillion dollars, placing it among the top three main economies in the world, according to Ambani, who was speaking at the main Pandit Deendayal Energy University’s 10th convocation.

He predicted that as the ‘Amrit Kaal’ — the decade from now until India celebrates 100 years of independence — develops, the nation will experience an unprecedented explosion in economic growth and opportunities.

According to Ambani, “the digital revolution will enable us to consume energy efficiently while the clean energy and the bio-energy revolutions will produce energy sustainably.” “All three revolutions working together will help India and the world stop the climate crisis from destroying our beautiful planet.”

“Be a big-hearted dreamer. Every great thing that has ever been constructed in this world began as an impossible dream. You must possess the courage to own your dream, to nurture it with conviction, and to realize it through bold, methodical action. You can only accomplish the impossible through this, “said he. He urged students to be mindful of nature and also devise ways to harness its energy without endangering it. Assuring that “we leave behind a better and also a healthier planet for the current future generations” is the goal of “Think Green,” he said.

He added that technologies like artificial intelligence, robotics, and the Internet of Things (IoT) are potent change agents and will play a force multiplier role in the mission to make India a leader in clean energy.

He instructed the students, “Use them to your advantage.”

He went on to say, “These three mantras will be your astras in your main mission to make India a global leader in clean energy.

Ambani added that the Covid era was a “trial by fire” that imparted priceless lessons, molded better professionals, and hardened people from the inside out.

“No mountain will be so high to climb or river too wide to cross if you have these lessons stored away. Roll up your sleeves then proceed “Added he. 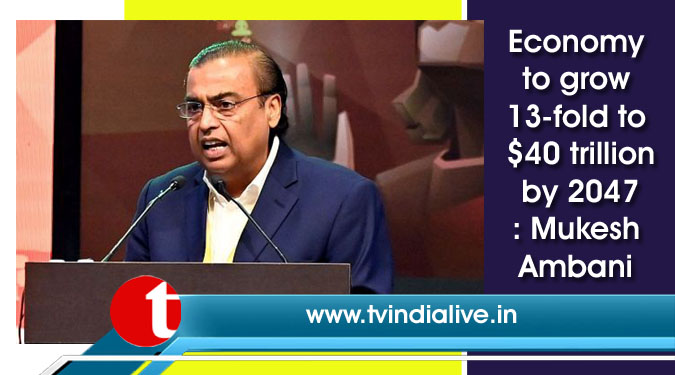 The National Assessment and Accreditation Council have given Pandit Deendayal Energy University (PDEU) the highest grade of “A,” making it the first and only private university in Gujarat (NAAC).

The university’s Board of Governors is presided over by Ambani.

More than 6,500 students and research fellows are currently enrolled in classes at the university to pursue their interests in engineering and cutting-edge renewable energy technologies like wind, solar, biofuel, geothermal energy, and green hydrogen.

What drawbacks exist in the current economic system?

The economy’s shape is unsteady. Too few people have access to social security and decent jobs. Not everyone can afford quality education and medical care.

As long as the current pattern of economic growth persists, the government will find it more difficult to address concerns about the equitable distribution of opportunities and the need for subsidies.

Even in wealthy nations, there has been an increase in economic inequality. Governments are battling to balance competing demands for a favorable business environment and a decent standard of living for the general populace.

Populism is gaining ground. On the left, populism calls for equal rights for all workers, regardless of their race or religion. Right-wing populism seeks to defend racial and religious majorities against competition from immigrants and minorities for scarce economic opportunities.

What opinions does Thomas Piketty hold regarding inequality?

He explains how historically, societies have been divided into three classes: the working class, the noble and warrior class, and the religious class. Later, the merchant and financial classes emerged and took control.

Every human society is required to defend its disparities. If it doesn’t, social and political instability will result.

Everyone has equal access to the market and to property, according to the argument that modern inequality is justified. It automatically reaps the benefits of the wealth amassed by the richest people. How did the financial industry come to rule the economy?

War financing gave the wealthy class control over governments. Another opportunity for the financial class to expand was through international trade. Money became the master after neo-liberalism defeated welfare. In order to mainly protect the stability of the currency, central banks gained independence from democratically elected governments.

What effects does the financial sector’s hegemonic position have?

The fastest way to increase personal wealth also evolved into creative methods of making money from money. Because a larger portion of wealth is being drawn into the financial sector, inequality has increased.

The richest people now determine the rules of the economic game. They have the greatest impact on governmental policies. They can choose the prices for small businesses and the wages they will offer employees.

The lives of regular people have become unstable. With the evolving nature of the contemporary, post-industrial economy, formal jobs in large businesses are decreasing.

What should be done in this situation?

So that the majority gains much more quickly than a tiny minority at the top, the economic pie must change shape. Reforming institutions and economic ideology will be necessary for this.

More than big business lobbies, the government needs to pay attention to and act upon the needs of regular citizens.