Mukesh Ambani has served for 20 years in Reliance. Here’s his journey through the data and his success tale

Reliance Industries Ltd. (RIL) has been led by Mukesh Ambani for the past 20 years, during which the company has experienced a 17-fold increase in revenue, a 20-fold increase in profit, and has grown into a major global conglomerate. Mukesh Ambani succeeded his illustrious industrialist father, Dhirubhai Ambani, who abruptly passed away from cancer.

However, the brothers’ power struggle resulted in a split, with Anil receiving the telecommunications, electricity generation, and financial services companies through a demerger, and Mukesh taking control of the gas, oil, and petrochemicals units as RIL. 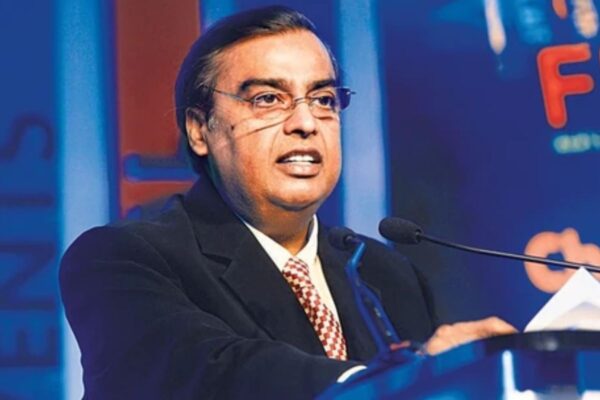 During the 20 years that Mukesh, a 65-year-old Stanford University dropout, has led RIL, the company has re-entered the telecom industry, diversified into retail and new energy, and generated a record-breaking 2.5 lakh crore through the sale of minority stakes during the Covid lockup.

Here are the details of his tenure as CEO of RIL in numbers:

RIL increased investor wealth by 17.4 lakh crore, or on average $87,000 crore yearly, throughout these two decades.

According to Motilal Oswal’s 26th annual wealth creation research, the business has become the top wealth creator for 2016–21, surpassing its last record and generating money to the tune of about 10 lakh crore.

Reliance established different new businesses throughout these 20 years, including its telecom arm Jio in 2016, its retail division in 2006, and its new energy division in 2021. Jamnagar, which only had one oil refinery in 2002, is now home to the largest single-location refining complex in the world.

During this time, RIL increased oil refining power by double and added the special ability to turn the worst crude oils into the best exportable fuels. Additionally, some of the biggest downstream units ever built were added.

In the last two decades, its traditional petrochemical company has thrived and multiplied greatly. In late 2002, the oil and gas exploration (E&P) division of Reliance made the first hydrocarbon discovery; production followed in 2009. In 2011, the company booked bp plc of the UK as an investor in the exploration and production division. In recent months, the company has brought the second batch of finds into production. 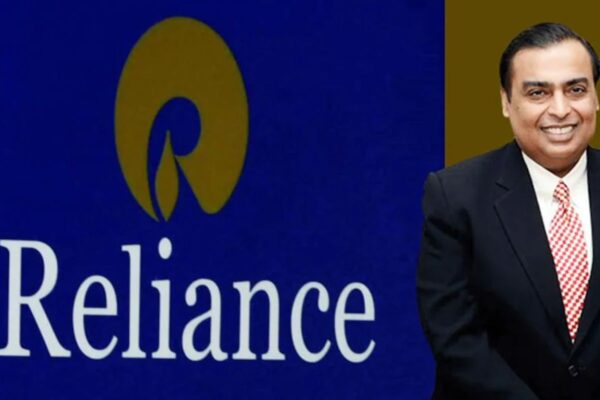 In its Indian fuel retailing sector, RIL partnered with bp, one of the giants in the world petroleum market. Through the Jio-bp brand, Reliance Mobility Solutions has introduced the most recent products and services to users at petro-retail locations. With top-notch customer service and facilities for charging and battery swapping, it wants to provide a novel fuel-buying experience.

Reliance laid the groundwork for the New Energy Industry by investing more than Rs. 75,000 crores over three years to build five technologically developed, completely integrated Giga Factories in Jamnagar. A unique “quartz-to-module” solar panel plant will be present here. The highest purpose is to become the most affordable solar energy and green hydrogen producer in the world.

Reliance has established a plan to reach net carbon neutrality by 2035, supporting India’s effort to achieve net carbon zero. By 2024, a solar PV cell and module plant will begin operations, and by 2026, it will have grown to produce 20GW. RIL plans to entirely rely on captive solar power plants by 2025 to provide both its continuous (RTC) and sporadic energy needs for Green Hydrogen.

For capital raising in FY21, Reliance achieved a record. Through a rights problem and minority interest sales to renowned international investors like Facebook and Google, it raised more than 2.5 lakh crore. Reliance generated the most foreign direct investment (FDI) for India during FY2021.

The price of data/GB dropped from 500 to 12 after Jio’s opening, making India the world’s capital of data. Due to Jio, India’s position in terms of broadband data consumption rose from 150 in 2016 to 1 in 2018.

However, he left the school in 1981 to join the family firm. There, he strove to diversify the business by entering markets like as infrastructure, communications, petrochemicals, petroleum refining, polyester fibre manufacture, and oil and gas extraction.

He achieved the first trillion-rupee wealth in India in 2007. He has recently lost the title of richest Indian to Gautam Adani, a fellow businessman from Gujarat.

Under the direction of his wife Nita, Reliance Foundation, supported by Reliance Industries, was established in 2010 to manage the company’s charitable endeavours. It is effective in the fields of sports, education, environmental preservation, and rural empowerment.

According to both reach and expenditure, Reliance Foundation is India’s largest CSR project. 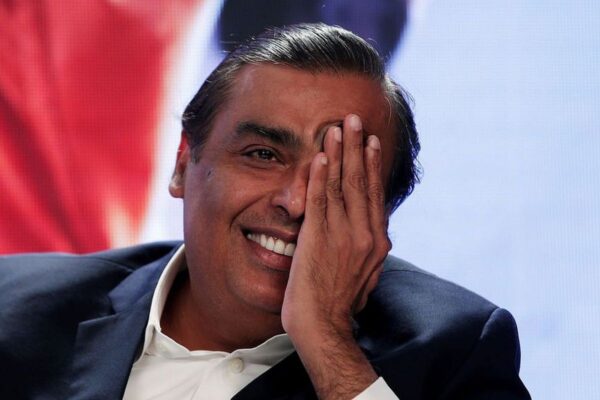 The Face of Modern Indian Industrialists is Mukesh Dhirubhai Ambani, a True Champion and Legendary Entrepreneur. Reliance Industries Chairman and Managing Director, running Ambani’s authentic heritage, is an “excellent model for Young Entrepreneurs.” The owner of the largest private sector in India as well as the Fortune 500 Company, Mukesh, has successfully paved the road for the development of Modern India.

Young entrepreneurs might know how to take advantage of opportunities by meeting some hurdles in daily life by watching the ongoing announcement of the largest outside experience by Saudi giant Aramco and Japan’s Softbank in Reliance Jio and Reliance Industries’ refining and petrochemical sector.

His meticulous plan to reduce firm debt by selling stakes shows his leadership ability. Mukesh always embraces the adage, “Investing in greatness is investing in the future.” As he pursues his goals and confines a model for his workers to follow, Mukesh’s business practises and systems give the idea that he is walking in his father Dhirubhai Hirachand Ambani’s footsteps.

The son of a wealthy, honourable family inherited from his father business management skills, a progressive outlook, confidence in teamwork, and a helpful personality while learning from his mother Kokilaben Ambani, to whom he was the closest relative, assurance and a Nationalist mentality.

For the reason that we never receive what we need, we all, in a sense, fight ceaselessly. The most important lesson I’ve learnt is to never give up because you can never succeed in the main attempt. Ambani, Mukesh

He was vibrant about business and entrepreneurship since he was a teenager, even though he only gained the respect of the business community in 2000 when he was named Ernst and Young Entrepreneur of the Year. He is renowned for being “modestly rejected” despite being the richest person in India.

When it came to juggling her several roles as a wife, mother, bhabhi at home, educationist, philanthropist, sports envoy, and a few other things, Mukesh always had the support of his powerful other Nita Ambani.

The Ambani family lived in a two-room bungalow in Bhuleshwar, Mumbai, up until the 1970s. However, Dhirubhai eventually bought the Sea Wind, a 14-story building in Mumbai’s Colaba neighbourhood, where Mukesh and other members of the Ambani family spent a considerable amount of time. Currently, Mukesh Ambani and his family reside in South Mumbai’s “Antilla,” a 400,000-square-foot building that is the most expensive on earth.

Mukesh’s Reliance Industries company has operations in a variety of sectors, including refining, petrochemicals, oil, gas, and retail. In addition to the company, he owns the cricket team Mumbai Indians Twenty-Twenty which competes in the Indian Premier League (IPL). Being open-minded, he welcomes fresh perspectives and newcomers.

In addition to his company, Mukesh Ambani has occasionally served on several councils, executive teams, and leadership groups of reputed organisations. Additionally, he has acted in the power of Chairman of the Board of the Indian Institute of Management Bangalore, the foundation for top executives in India.

Anil Ambani’s elder brother Mukesh is the descendant of the late Dhirubhai Ambani, the founder of Reliance and head of the Reliance Anil Dhirubhai Ambani Group. On April 19, 1957, in Aden, Yemen, MR. AMBANI showed up. Anil Ambani, an Indian business tycoon and chairman of Reliance Group, is his younger sibling. He also has two sisters named Dipti Salgaoncar and Nina Kothari. To find life inspiration, he kept his family and friends close by all the time.

At Hill Grange High School in Mumbai’s Peddar Road, Mukesh completed his primary education. Anil Ambani, the younger brother of Mukesh, was also thinking right now. Anand Jain was a close friend and classmate of Mukesh. He was always a typical person who thought ambitiously and welcomed challenges.

Mr Mukesh D. Ambani, a Chemical Engineering graduate of the Institute of Chemical Technology in Mumbai, enrolled in Stanford University’s MBA programme in the US. Reliance also made its case for the licence and won when it came to obtaining licences amongst Tata, Birla, and 43 more veterans in 1980, when the Indira Gandhi government launched the PFY (Polyester fibre yarn).

Amid his MBA research, Dhirubhai Ambani phoned Mukesh to discuss the creation of a PFA (Polyester fibre yarn) production line. In 1981, he quit his exams and moved to India, where he started constructing the production line while assisting his father in running the family-run business.

At the very beginning of the construction of Jamnagar (Gujarat), the largest oil treatment facility in the world, Mukesh took on a crucial role. The daily cap for this processing facility in 2010 was 660,000 barrels (30 million tonnes). The treatment facility, built with an investment of about Rs 100000 crore, has a connected framework for petrochemical, power generation, and ports.

Intensely speaking, Mukesh Ambani, the foundation of successful Indian companies during the preceding four decades, paints an image of the Indian business sector that is global, forward-thinking, and innovative. He will continue to be the best business teacher in the country as well as the inspiration for all young Indian entrepreneurs who want to imitate his success and make a name for themselves in the competitive business world.

The Next Decade in Indian Tech Investment

On January 2, the first day following winter break, the Supreme Court will rule on appeals against the note ban.