Following the sudden death of his illustrious industrialist father Dhirubhai Ambani, Mukesh Ambani assumed control of Reliance Industries Ltd (RIL). During his 20 years in charge, the company has seen a 17-fold increase in revenues, and a 20-fold increase in profit, and has grown into a multi-national conglomerate.

The company has re-entered the telecom industry, diversified into retail and new energy, and generated a record $2.5 lakh crore by selling minority stakes during the Covid lockout in the 20 years that Stanford University dropout Mukesh, 65, has been in charge of RIL.

With his uncanny ability to predict the future, he has helped transform and grow the company from being primarily a petrochemical and refining player into a well-diversified conglomerate with interests ranging from brick-and-mortar businesses to new-age technology businesses. He has also assisted in the transformation of the company from being an India-focused company into one that now has its footprint in many different countries.

Change in the company‘s structure Almost 97 percent of the company’s earnings were coming from the refining and petrochemicals sector when Ambani took over the helm of the business in 2002, following the passing of his illustrious father, the late Dhirubhai Ambani.
Four years after taking the helm, Mukesh Dhirubhai Ambani took his first daring move out of retail. To envisage a business-to-business behemoth as a consumer-facing one couldn’t have been simple.

However, he understood the potential for employment development and business prospects that would meet the daily requirements of every Indian and deliver service to their door. He established Reliance Retail in 2006 as a result, and Reliance Fresh grocery outlets were introduced. Consumer electronics, fashion, lifestyle, groceries, and pharmaceutical segments are now included in Reliance Retail.

Some of the most recognizable lifestyle brands in the world, including Emporio Armani, Armani Exchange, Jimmy Choo, Brooks Brothers, Diesel, Gas, Superdry, Steve Madden, Salvatore Ferragamo, and Replay, are sold exclusively by Reliance Brands, a division of Reliance Retail. The oldest and largest toy company in the world, Hamleys, was acquired in 2019. The same year, the corporation announced cooperation with renowned US-based luxury jeweler Tiffany & Company to develop a line of stores in India. 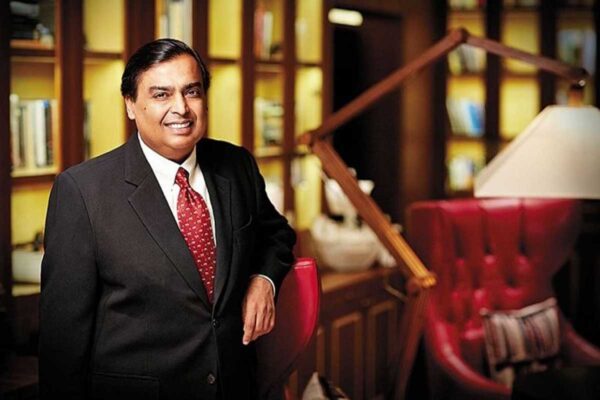 With gross revenues of about Rs 2 trillion (net revenues of Rs 1.75 trillion) as of March 2022, an EBITDA of Rs 12,000 crore, and an EBITDA margin of more than 6%, the conglomerate’s retail operation is currently India’s largest player in the sector. The company’s net profit for FY22 was Rs 7,055 crore, and it currently operates more than 15,000 stores across more than 42 million square feet.

According to Deloitte research from 2022, the retail vertical has more than 3.5 lakh employees and holds the distinction of being the second-fastest expanding retailer in the world. Ten years after starting in retail, he made the decision to place a greater, riskier wager—this time in telecom.

Under its flagship telecom company, Reliance Jio Infocomm, Reliance invested heavily in establishing a cutting-edge connectivity business in India, and in 2016 the company started providing mobile services. The company developed numerous creative, “impossible to ignore” efforts with the goal of offering affordable, dependable voice and data services to all Indians, and it successfully cornered a sizable portion of the telecom market.

It was evident when Reliance started down this road that telecom penetration was still relatively low and that there was a wide expansion window. Despite some early disappointments and losses, Mukesh Dhirubhai Ambani never wavered in his commitment to Reliance’s goal of dominating its industry. By 2020, Jio has achieved its goal of being the third-largest mobile network provider in the world and the top telco in India, with 420 million users.

As of March 2022, the company had gross revenues of Rs 96,000 crore (net revenues of Rs 82,000 crore) and an EBITDA of Rs 39,000 crore. The company produced a net profit of Rs 15,500 crore in FY22 and has one of the greatest EBITDA margins in the sector at 48%. It just received approval to roll out “5G” services across all circles, making it the only provider to accomplish this.

The goal is only increasing, even though the telco and retail sectors are currently operating well and may eventually become self-sustaining. With a contribution of about 22% of total revenues, organized retail is currently the second-largest enterprise under its umbrella. Nearly 11% of its sales are currently produced by digital services businesses, which include the connectivity business and digital platforms and are a part of Jio Platforms.

The group’s next step is its desire to build a digital platform that, given the winner-takes-all nature of digital industries, may shatter all previous records. The group has established the largest and most technologically advanced concentrated solar power (CSP) facility in India near Jaisalmer. Other new enterprises include investments in solar energy production and media (Network18 group), which includes relationships with CNBC, MTV, CNN, and Nickelodeon in India.

Even now, the oil-to-chemical (O2C) business is still the company’s backbone, although its share of overall income has decreased to 59 percent. For a company whose group revenues total almost Rs 7 trillion, the fact that the remaining 41% comes from new businesses founded during the previous 20 years is no small feat. 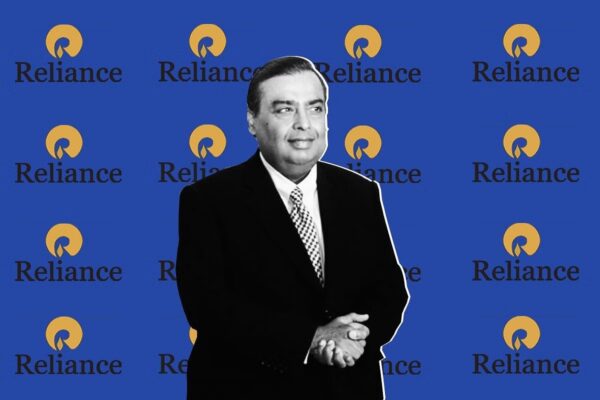 The Reliance Group’s income has increased dramatically over the past 20 years, from Rs 42,000 crore in 2002 to an astounding Rs 7 trillion as of March 2022, expanding at a compound annual growth rate (CAGR) of 15%. The expansion in both its core and new sectors helped the group’s net profit over the period outpace revenue growth, which soared by an annualized 16.3 percent from Rs 3,200 crore to Rs 67,500 crore.

The group’s ability to raise stock consistently and at fairly attractive valuations has ensured that the group’s gearing has improved and is comfortably at a low level of 0.34 compared to 0.76 in 2002, despite the group’s debt ballooning to Rs 2.67 trillion in 2022 from Rs 19,000 crore.

Therefore, it is not surprising that despite its size, the stock has continued to be a darling of the financial markets and has produced returns that outperform the market. The stock has produced a CAGR of 23.5 percent over the past 20 years, from March 31, 2002, through March 2022. (stock price Rs 2,545). RIL’s stock price is currently Rs 2,537, and it has a market value of over Rs 17 trillion.

While Reliance has been able to take advantage of huge value-creation opportunities every few years, one of the company’s biggest difficulties will be to safeguard its core O2C business for the long term, given that it is susceptible to ongoing de-rating. The businessman Mukesh Dhirubhai Ambani is aware of this. He has already begun to exert intense pressure on the corporation to use green energy.

Ambani outlined a new vision for the organization in 2020 and set the audacious goal of reaching net-zero carbon emissions by 2035. It plans to invest more than $10 billion (about Rs 75,000 crore) in creating India’s most complete ecosystem for new materials and energy.

The business is determined to take the lead in the field of renewable and green energy. In light of this, it has been making significant investments in a variety of businesses, many of them start-ups, that are working to create enhanced batteries, green hydrogen, sustainable mobility, and other technologies.

According to Gagan Dixit, Senior Vice President of Elara Securities India, “Hydrogen business has potential to become as lucrative as current refining/petchem sector over next 10 years, but it’s subject to success on decreasing green hydrogen cost to $1/kg from present $4-6/kg.” By CY50E, he predicts that India’s potential hydrogen (H2) demand might be at least 33 million tonnes, requiring 445 GW of electrolyzer capacity by that time and, consequently, at least 30 GW of annual electrolyzer manufacturing capacity by CY30E.

Under Mukesh Dhirubhai Ambani, the Reliance story has mostly been one of success and honor. But there were also some misses. The transaction with Saudi Aramco was terminated, which was one of the significant ones. The $15 billion transaction was scrapped by the firms in November 2021 on valuation issues. The two businesses’ negotiations over how much to value Reliance’s online-to-consumer (O2C) business fell through as the globe aims to quickly transition away from fossil fuels.

The leading petroleum exporter in the world, Aramco, and Reliance, earlier this year agreed to a legally binding $15 billion deal for Aramco to purchase a 20 percent strategic position in its O2C arm. This contract valued the O2C division at a staggering $75 billion. Ambani has developed a thorough succession plan in an effort to put new leadership and ideas in charge of his major commercial companies. He has chosen his daughter Isha to lead the retail empire and his older son Akash to lead the telecom venture. Both have taken on leadership positions at these enterprises, though he still offers the group hands-on guidance as he did before.

Anant, his younger son, has been given a functional leadership position within the company and has been picked to oversee the group’s new energy operations.

Under Mukesh Dhirubhai Ambani, Reliance significantly increased shareholder value, and investors are optimistic that the company would continue to generate outstanding returns under the new generation of leaders.

Demand for BNPL and house loans is anticipated to increase in 2023; student loan demand might decline.