Mukesh Ambani launches his campaign against Tata, ITC, and Britannia in the FMCG industry. Reliance’s Independence is ready to take on FMCG giants on their own turf with products ranging from packaged water to wheat flour and biscuits.

Multi-billionaire Mukesh Ambani has started his next campaign after upending the telecom services industry. The country’s sizable fast-moving consumer goods (FMCG) market, which is currently already the fourth-largest in the world, is where he is focusing his attention this time.

Ambani’s Reliance forayed into the market today with a variety of fast-moving packaged food and beverages (F&B) under the Independence name. To begin with, it selected Gujarat as the market for the products’ launch today. Ambani and his family are actually from a western Indian state.

Director of Reliance Retail Ventures Isha Ambani made the announcement, saying, “I am happy to announce the launch of our own FMCG brand called INDEPENDENCE which brings a very wide choice of high quality and reasonably priced products including edible oils, and pulses, grains, packaged foods, and other daily need products.

In addition to running the conglomerate’s retail division, RRVL also runs the recently launched FMCG division. RRVL is by far the biggest retailer in India, with more than 16,500 locations, 2 million merchants, and a turnover of close to Rs 200,000 crore annually.

The idea of Mukesh Ambani-

While Ambani has been actively planning his entry into the FMCG market, Reliance’s sudden expansion into so many different categories has now put it in direct competition with the nation’s top producers of consumer goods, including ITC, Tata Group, and Britannia.

With over Rs 3,500 crore in the sales from the category, ITC is the market leader in packaged wheat flour, but Tata Consumer Product’s Sampann is placing a lot of money on packaged kitchen products like pulses and spices. In addition to ITC, Britannia and Parle dominate the nation’s biscuit market. According to sources, Reliance has launched the project to test the waters even though it plans to stick with the Gujarat market for a while and develop its F&B brand there. It eventually intends to expand its F&B portfolio throughout all of India. Reliance Consumer Products also has an advantage over other FMCG manufacturers because RRVL is its parent company and already owns a sizable network of contemporary retail stores.

Nearly 200 million retail customers were served by RRVL last year, an increase of 23% over FY2021, and its e-commerce platforms (like JioMart and Milk Basket) processed an average of 600,000 orders per day.

Isha claims that the two-year-old merchant partner initiative of RRVL now has over 2 million merchants on board. She stated at the Reliance Industries annual general meeting in August that “we add about 150,000 partners a month and also are on course to [reach] 1 crore merchants (partners) as we expand our main presence to cover the entire country, serving over 7,500 towns and over 500,000 villages in the next five years.” Further supporting it, it has partnered with Meta (previously Facebook) to make it possible for customers to place orders through WhatsApp.

The senior Ambani claims that even though RRVL is already a dominant force in contemporary retail and digital platforms, the business has set a goal to expand its reach in the hinterlands, which are still underserved.

“In this endeavour, we plan to collaborate with millions of small retailers…The goal is to make them a crucial component of the country’s broadest distribution portfolio so that they can offer their customers the same options as those found in major cities, he said at the AGM.

Additionally, according to Mukesh Ambani, RRVL is working to improve its supply chain capabilities so that it can provide services in the “most efficient manner” across the vast Indian geography. By doing this, the business will be able to pass along the savings to its customers, effectively enabling it to provide goods at competitive prices. This will not only help it reduce waste.

Mukesh Ambani and Gautam Adani, two of the wealthiest people in India, are about to engage in a titanic battle for control of that nation’s sizable consumer goods market. Despite the fact that the two have long been vying for the top spot on the rich list, this will be the first time their paths will cross in the area of business development.

Reliance’s move includes almost all significant F&B categories, including branded rice, biscuits, and packaged water in addition to wheat flour, crystalline sugar, besan, and toor dal. Analysts, however, predict that its competition with AWL, in addition to another business behemoth like the Tata Group, will be more fierce given the makeup of its recently introduced portfolio.

Although Ambani’s Reliance has also targeted that market, AWL has long held the top spot for packaged edible oil. Reliance Consumer Products (RCPL) has introduced numerous edible oil products, including groundnut oil and sunflower oil, in addition to branded cereals and pulses. As of September, AWL controlled nearly a fifth (19.5%) of the Rs 200,000 crore branded edible oil market in India.

Adani’s recent moves in the packaged kitchen commodities space have intensified the conflict. The company that has long held the top spot in the edible oil market has quickly increased its market share in branded rice, wheat flour, and sugar.

The company has been expanding its retail reach in order to take up more shelf space. According to research by Ventura Securities, AWL’s food and FMCG division is anticipated to grow at a CAGR of over 31% to reach Rs 4,340 crore in revenue by 2025, as opposed to industry essentials’ growth of 12.2% and edible oils’ growth of 14.3%.

“We have been focusing on expanding our food selection. The goal is to be extremely strong in daily staples that are considered basic or essential. The value-added portfolio will follow after we champion this first stage, AWL’s chief executive officer and managing director Angshu Mallick previously told Business Today. 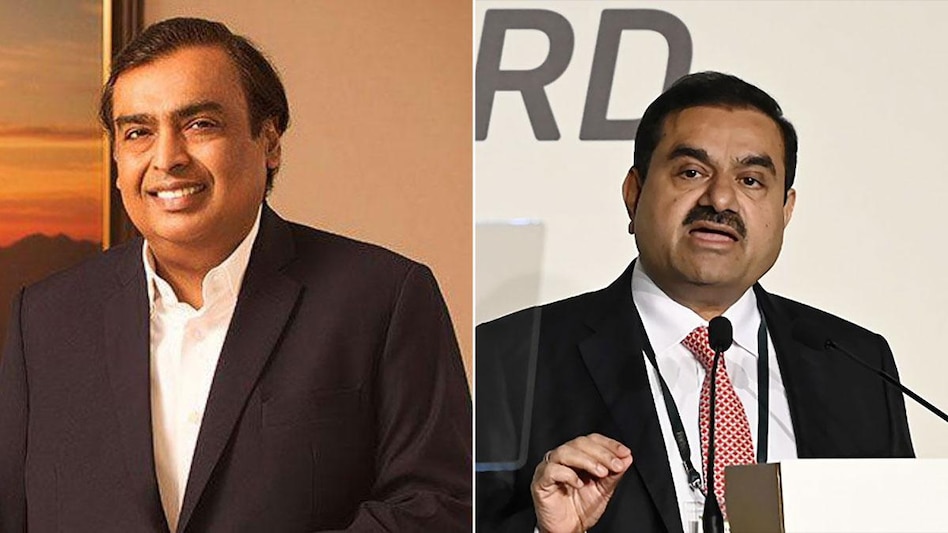 According to Abneesh Roy, executive director-institutional equities at Nuvama Wealth Management, “An interesting battle between Adani, Reliance, and Tata seems to be brewing up slowly.” Smaller and regional players may suffer as a result of the fierce competition between the three largest business groups in the nation for kitchen shelf space in Indian homes, he added.

The fact that Adani, Ambani, and Tatas have been planning for rapid expansion for the past few years and are increasingly concentrating on the kitchen commodities market makes this battle special. Before entering the battlefield, the Reliance Group cleaned house by promoting Isha Ambani to lead the FMCG and retail businesses, expanding its FMCG distribution business, and beginning to build warehousing capacities and supply chain efficiency.

Reliance Retail, which owns the FMCG arm of the group RCPL, is already the dominant force in contemporary retail and digital platforms, but Ambani claims that the company has set a goal of expanding its reach in the hinterlands, which are still underserved. During the Reliance Industries annual general meeting, he stated, “In this endeavour, our strategy is to integrate with millions of small merchants…the main aim is to bring them to become an integral part of the current widest distribution portfolio across the main country so that they can also provide the same choices to their customer that are available in big cities.” It will also be able to provide products at competitive prices when measures to increase supply chain efficiency and reduce waste are combined with them.

With a net worth of $125 billion, Gautam Adani has firmly established himself in third place on the global rich list, surpassing Anil Ambani earlier in 2022. Ambani has consistently ranked among the top billionaires worldwide and currently occupies the ninth position in the Bloomberg Billionaire Index with a US$ 88.2 billion net worth. However, that only tells the first half of the story.

India to add 1.4 crore high-net worth individuals by 2030