In the middle of the possibility of a power crisis due to a coal shortage, the Indian Railways has abandoned around 42 passenger trains to ensure a faster delivery to and from coal-producing regions of Chattisgarh, Odisha, Jharkhand and Madhya Pradesh.

Even though the Railway sector has asserted that this is an ‘interim measure’ and cancellations have mostly been made in non-priority industries and all of the less busy routes. Of the trains that have been cancelled to facilitate the movement of freight trains carrying coal, 34 are from the coal-rich South East Central Railway (SECR) and eight from the Northern Railways region, where many of the power plants are located. 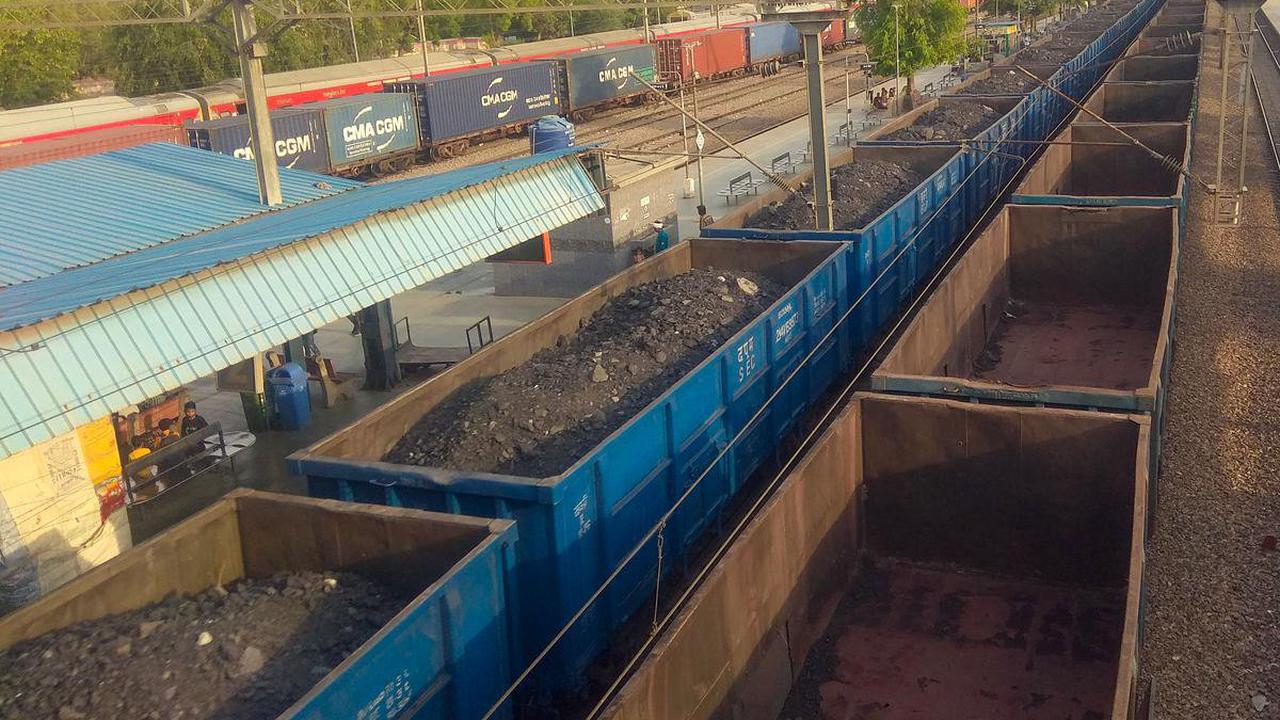 The cancellations of so many trains have resulted in protests and anger from the people. The Chhattisgarh State Congress has been threatening, other things, to block the movement of coal from the different local mines, which may add to the tension in the power sector.

Sushil Anand Shukla, the State’s Congress Media Cell Chairman, has claimed, “…It is not possible for just seven trains to cover all the routes and even bear the load of the passengers. So we have decided to continue to protest and do whatever it takes to resume the normal routine of the trains. It’s the mostly the poor who are the most affected by these kind of resolutions.”

Following the number of cancellations, the Railway sector has raised the average daily loading of coal to over 400 per day. The Railway officials said the national transporter had put 533 rakes for coal duty daily in the mines, with as many as 427 rakes loaded on Thursday, carrying 1.62 million tonnes. 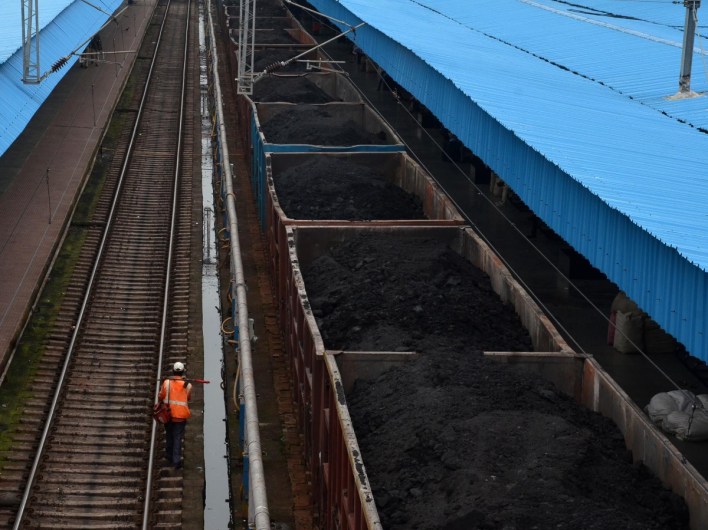 The officials added that about 753 trips involved 363 mail/express trains and 390 passenger trains in SCER. The NR railway zones were cancelled.

A travel operator in Chhattisgarh, who chose to hide his identity, told the reporters that because of the rise in COVID-induced disruption in the last two years, there was a lot of pent-up demand created during the summer holidays, and many weddings were scheduled in April and May. There are fewer trains, or travel plans will either get cancelled, or people will be forced to change many trains or use different modes of travel.

Similarly, Jonny Krishnani, a mobile shop in the State capital, said his family members were scheduled to leave for Jalandhar on April 27. Still, the situation forced them to cancel the trip. As it turned out, the Chhattisgarh Express in which they had reserved their seats was cancelled, but later it was resumed and with a few other trains as well.

“So eventually, the train departed on its scheduled time on May 27, but by then, we had cancelled. To cancel another ticket on Friday evening, one can’t help feeling short changed,” said Mr Krishnani, who was at the Raipur railway station. Apart from the long-distance commuters, many daily commuters who come to the bigger cities for work or to find a job will be affected by suspended services.

According to the data shared by Power Ministry, coal production by CIL has increased by 27.2% in April 2022 compared to the same period of last year, and coal despatch has risen by 5.8%. The coal stock at CIL is 56.7 Mt. At the(SCCL)Singareni Collieries Company Limited is 4.3 MT, and at the captive, coal blocks are about 2.3 MT. “Thus, sufficient coal stock with coal companies is present,” the Ministry noted.

Around 42 passenger trains have been cancelled in India to have faster movement of coal carriages across the region and tackle critically low stocks at power plants that happened in the middle of outages in many of the states. These trains have been abandoned indefinitely. Railways officials have said that coal stocks are depleting rapidly in thermal power plants today. The Railways is still trying to take more significant steps “at war-footing” to transport coal and cut down the time it takes to move coal to power plants, officials said.

The move (to cancel trains) is temporary. Passenger services will be in operation as soon as the situation normalizes, Gaurav Krishna Bansal, an executive director at Indian Railways, told Bloomberg.

As per the Central Electricity Authority’s (CEA) daily coal-stock report, 56 of 165 thermal power plants are left with 10 per cent of coal or even less. At least there are 26 which have less than five per cent stock left. This could cause blackouts and interrupt services like the metro and government hospitals.

“The situation in entire India is dire. We have to collectively come up in full coordination with a solution soon. Concrete steps are immediately needed to resolve this situation,” tweeted Delhi Chief Minister Arvind Kejriwal.

Blackouts and power cuts have hit life and industry in several parts of India in the middle of an unprecedented heatwave. Some industries are cutting output due to coal shortage, threatening economic recovery when the government is tackling high energy prices fueled by Russia’s invasion of Ukraine. 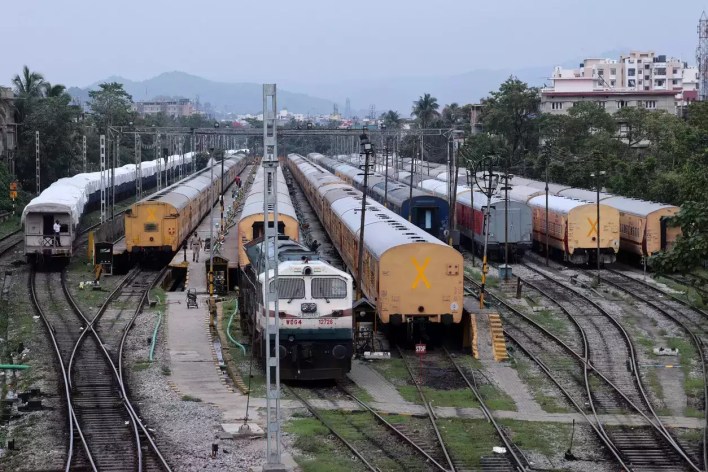 Since this month, coal reserves at India’s power plants have declined almost 17% and are barely a third of the required levels. Last year, a similar crisis saw coal stocks plunge to an average of four days, which led to blackouts in several states.

Electricity demand has spiked in the record heatwave. About 70% of India’s electricity is generated by coal. The lack of carriages makes it challenging to carry coal over long distances, and routes congested with passenger trains often delay shipments.

Here is the complete list of trains/services that have been abandoned:

Over the last few weeks, the total electricity shortage in India has been around 623 million units (MU), surpassing the absolute deficiency all of March. The low coal stocks at thermal power plants have led to power cuts across states, including Jharkhand, Uttar Pradesh, Rajasthan, Punjab, Maharashtra, Madhya Pradesh, Andhra Pradesh, Bihar and the Union Territory of Jammu and Kashmir.

The increasing demand has been there because of the economic recovery after the pandemic. The lower power supply from imported coal-based power plants has increased pressure on thermal power plants using domestic coal. According to senior government officials, the delayed payments by some states to coal companies are also a significant reason for low inventories at thermal power plants.

The Delhi government said Thursday that the growing power crisis could lead to power cuts in essential establishments in the capital, such as Metro trains and hospitals.

New COVID Cases in India Go Above 3,600 As Infections Continue to Surge in Delhi.