No one needs an introduction to Rolls-Royce, the world’s most exclusive automotive manufacturer. If you think luxury, you think Rolls-Royce. It has now forayed into the electric car segment and unveiled its first electric vehicle – the Spectre.

Rolls-Royce, the BMW-owned brand, plans to turn itself into an all-electric brand and aims to do so by 2030, and the Spectre is the first footstep in this path.

The car came into the news for the first time in 2021, and now it is production ready. Finally, when the vehicle was unveiled, it took the breath away of most car lovers, and the ones who are Rolls Royce patrons, for the car is super luxurious, with a purely stunning design. 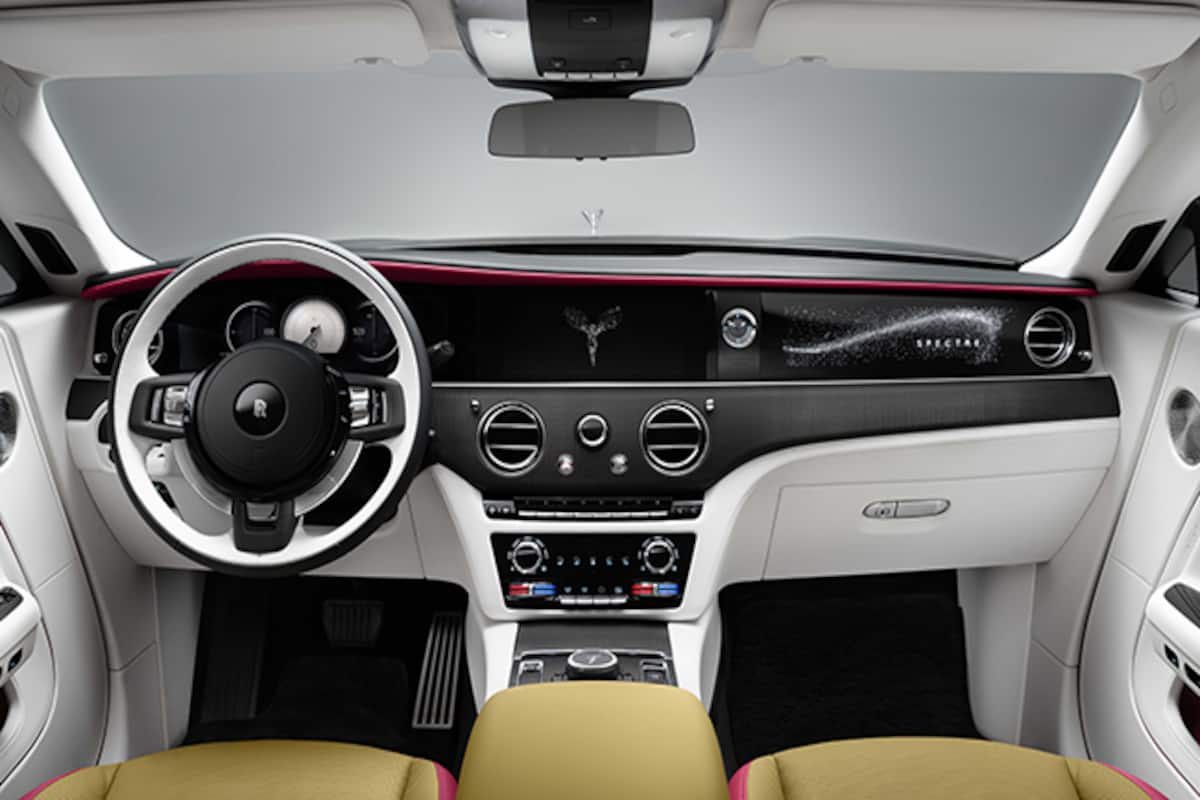 Design – when one thinks of Rolls-Royce, one pictures the car to have a very classic typical Rolls-Royce design, with a long bonnet, a sleek profile, and a fastback tail. The Spectre has the same exterior; however, it is much larger than a full-size SUV.

Like other cars in the EV segment with a radical design, Rolls Royce has instead decided to make the car with their conventional form, making it a successor to the Phantom Coupe.

The Spectre – rides on the largest aero- optimized ever installed on a two-door Rolls Royce coupe, with 23 – inch wheels. Although Rolls Royce has shown restraint when designing the Spectre, both the interior and exterior of the car are in the contemporary design of the Rolls Royce, which still continues to have the traditional shape inspired by the coachbuilding era of the cars.

The result is that the car does not have a sizeable pillar-to-pillar touchscreen; instead, the car’s architecture is two decades old; however, as per the car manufacturer, the architectural design was built with the electrification of vehicles in the future in mind. 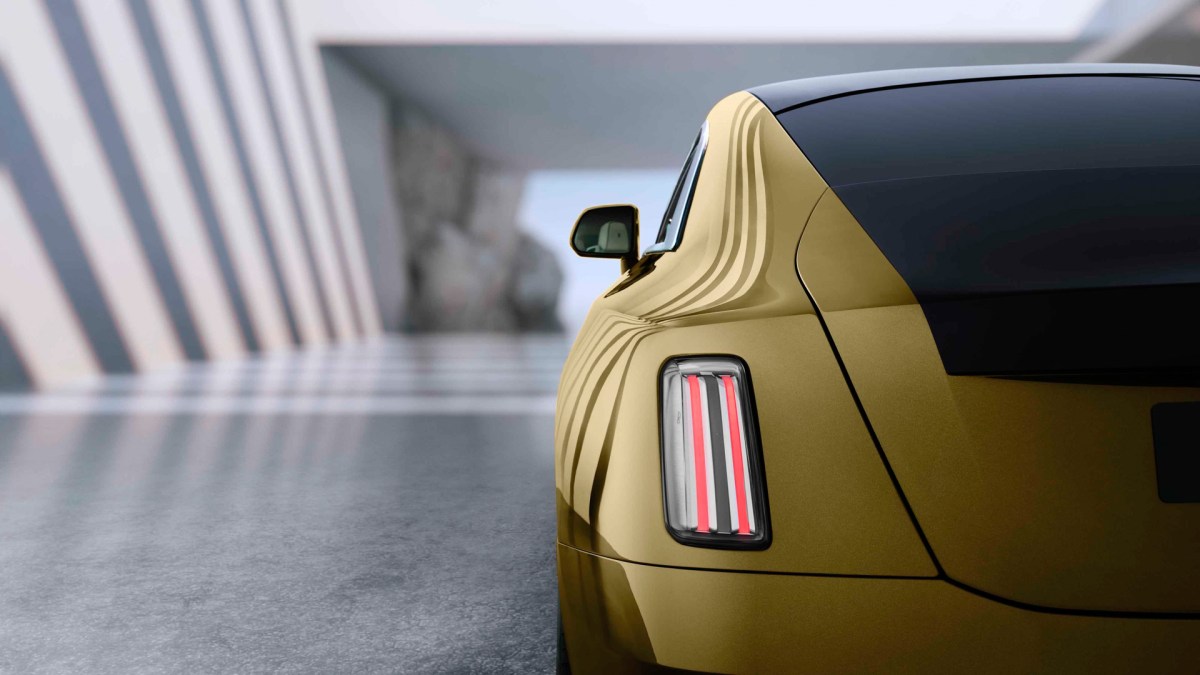 The Spectre- is larger as compared to the four-door Mercedes EQS; the car measures 5.45 meters in length and more than 2 meters in width and will have the biggest grille ever seen on any of the cars manufactured by Rolls Royce to date.

There are also several features in the car that are traditional to Rolls design – the wide albeit opaque grill and the spirit of Ecstasy perched above it; still, the car weighs nearly three tonnes and will be 30% stiffer than any previous Rolls Royce manufactured.

What has also been borrowed from the Phantom is the split headlamp design. Moreover, the car also has starlit door pads and a screen on the dashboard, housing Rolls’ latest software platform called “the spirit.” It will feature connected car tech and be the proprietary interface for all Rolls Royce automobiles.

Power & Engine – a V12 engine powers the Spectre; this car can travel 520 kilometers on a single charge. The electric powertrain generates 585hp and 900Nm of torque, transferring power to all four wheels and accelerating the Spectre from 0 to 100kph in an impressive 4.5 seconds.

The car’s drag coefficient of 0.25 Cd makes the car the most aerodynamic Rolls Royce in history.

It is also revealed that the car will have a range of between 520 kilometers as per the WLTP cycle; therefore, it is a little less compared to Tesla and Mercedes.

The cost – the car, in India, will be priced at upwards of Rs. 6-7 crore, and according to the company, the vehicle can be commissioned effectively immediately.

The deliveries for the Spectre are said to begin in the second half of 2023, and the car major is in the process of putting the Spectre through an extensive 2.5 kilometers to gauge the electronic car technology and that it lives up to the standard of Rolls Royce.

The Future of Electric Cars

If we look into the future, it is pretty evident that almost all car makers and manufacturers are looking to go green.

And with this aim, almost all have upped their game by constantly releasing new – all-electric cars. While electric cars are more expensive than the usual petrol or diesel vehicles, the carbon-cutting initiatives by different governments in all significant countries have also led car manufacturers to reinvent themselves in the electric versions.

The government and tax benefits have also led to many choosing to buy electric cars, and perhaps this will be the norm in the next ten years.

Although in the beginning, some teething problems abound electric vehicles, today, they are much more efficient and easy to maintain.

Each year, many automobile manufacturers release speedy and stylish EVs; hence, one doesn’t need to choose between comfort, speed, and sustainability. 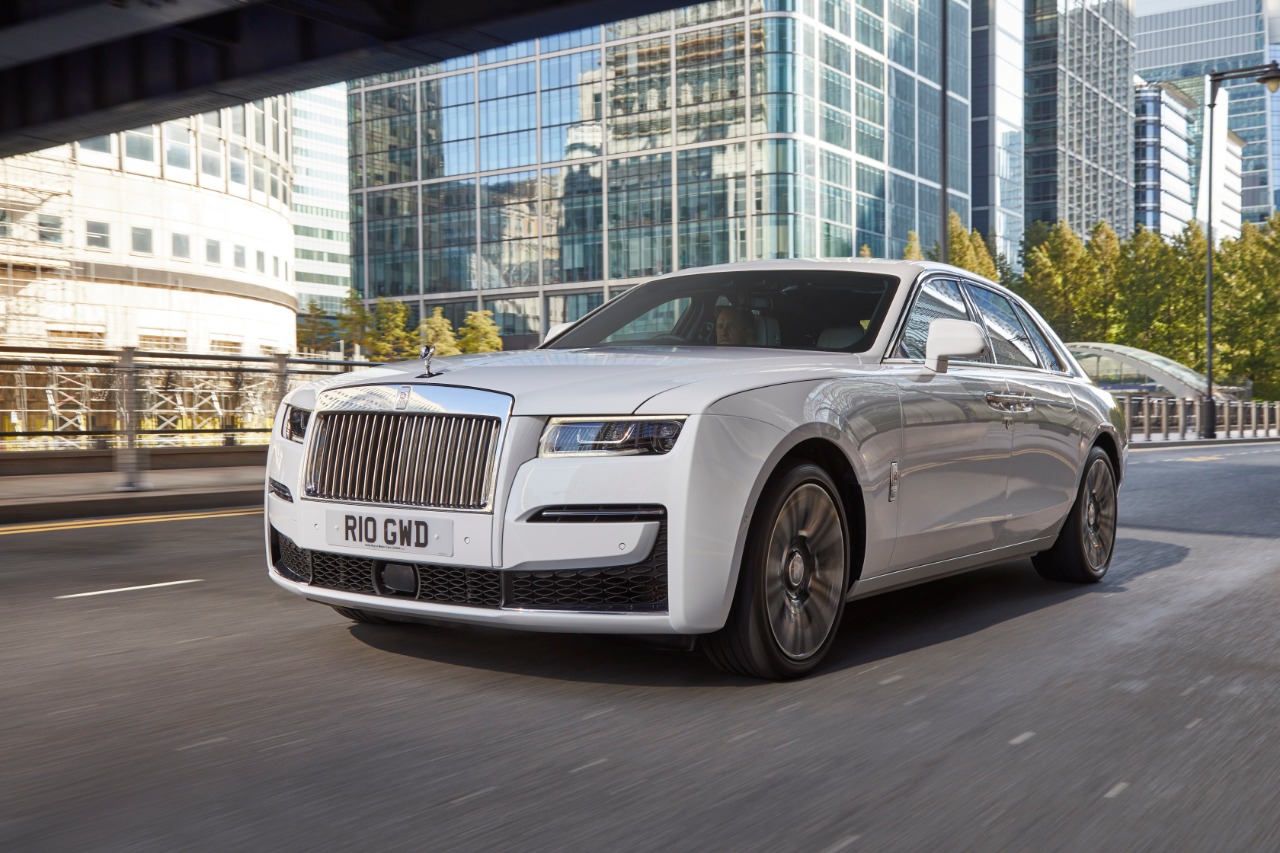 In fact, 2022 saw the release of the best luxury EV vehicles – Here are the top 15 in the segment.

Conclusion: Electric cars are no longer a niche market today, as all major automobile manufacturers around the globe are ramping up to-scale EV production. Hence electric revolution is here to stay.

While the concept of EVs has been around for over 150 years, which is more than the number of years for the petrol and diesel versions, it is only now that car makers have realized the potential since we are headed towards the electric car revolution.

Today technological advances in the segment have made battery construction and rapid charges a possibility; hence the electric car revolution is set to take on fossil fuel as the driving force around the world.

2018 itself saw one of the most extensive growth at 70% while replacing billions of fossil fuel-backed cars won’t be in an instant, but many predict that all-electric cars will be the norm in the future.

Many European countries have signed ambitious EV targets into law, with France and the UK aiming to ban the sale of fossil-fuelled cars by 2040; this has led to a considerable demand surge for and in electric vehicles.

For years, electric cars were available from only a handful of companies – Tesla, the BMW i3, the Nissan Leaf, and Toyota’s Prius, the most famous examples. But now, almost every car company on the planet is stepping into the ring.

Another advantage they have is that EV engines are much simpler than internal combustion engines. This means an EV service and maintenance costs are almost half of a petrol car.

However, the most significant advantage remains in the area of the cost of fuel, which works out to roughly 3p per mile, compared to about 13p per mile for the average petrol car – more than four times less expensive

Therefore, if one were to take the lifespan of a car, this difference in the cost of fuel could save drivers tens of thousands of money.

Hence we are at the cusp of the electric revolution, and those days are not far when we all will be driving electric cars.