The Indian Rupee closed at its lowest level against the US currency on Wednesday, tracking strength in the dollar index as the US central bank prepares for a sharp rate hike to tame inflationary pressures.

Down from 79.75 per US dollar earlier, the Rupee closed at 79.9750 per US dollar. The Rupee opened slightly lower at 79.79 and continued to toil lower during the session. The Russian President Vladimir Putin’s troop mobilization added pressure on the rupee, already weighed down by a rising dollar index.

The dollar index climbed to a two-year high of 110.87. Weak risk appetite and the outlook for Fed interest rates boosted demand for the dollar. The Fed is expected to raise rates by 75 basis points later in the day, the third hike of that size in a row.

There is a small possibility that the Fed could decide to hike by 100 basis points. In addition to rate decisions, investors will be watching Fed Chairman Jerome Powell’s press conference and policy makers new projections for the likely course of interest rates.

Analysis of Experts On fall of the Rupee

“Look for Fed Chairman Jerome Powell to reinforce the message that the fight against inflation is far from won,” DBS Group Research said in a note.
The research house pointed out that it is encouraging for the Rupee that it has consistently moved in the middle to the upper quotient of the Asian forex pack in terms of year-to-date performance, outperforming many regional peers. Ahead of the decision, traders raised their expectations for a Fed rate hike, given a growing surprise in US inflation data.

See also  Rupee surges 21 paise to 74.63 against US dollar in early trade

The journey of the Indian Currency was not easy in these 75 years. It has seen various kinds of downfalls. But, there was a time initially when one Rupee was equivalent to 1 Dollar. So, it is oblivious that the fall of the Rupee is mainly because of the governing mistakes of the leaders and the authorities.

From almost 4% at the end of August, the terminal rate forecast has now reached almost 4.50%. Indian shares fell on Wednesday, but again the losses were modest compared to other Asian benchmarks. The fall of the Indian Rupee is a concerning topic and the government needs to find a permanent solution for it.

Sugandha commented that the comprehensive outline of risk hatred on new worries over the day-by-day increasing struggle in Ukraine and durable improvements observed by the dollar pushed the Indian Rupee to an inferior course ahead of another predictable noteworthy rate hike by the US Fed.

Others were more optimistic, focusing on the Rupee’s strength against its regional peers. “The rupee has been one of the strongest emerging market currencies,” said Anindya Banerjee, vice president of currency and interest rate derivatives at Kotak Securities Ltd. It expected the Rupee to remain better in emerging markets.

The dollar index climbed to a two-year high of 110.87, Reuters reported, as weak risk appetite and the Fed’s interest rate outlook boosted demand for the greenback. The U.S. central bank was expected to raise rates by 75 basis points during the day, the third hike of that size in a row.

Response of the Market after the Fall of the Rupee

Asian markets all slid on Wednesday as investors remained concerned about a slowing economy as they await a widely expected interest rate hike by the Federal Reserve to tame the highest inflation in a decade. Putin’s call for the mobilization of troops caused a sharp rise in oil and gold prices. Indices remained cautious on Wednesday as Sensex and Nifty fell 262 and 98 points respectively. 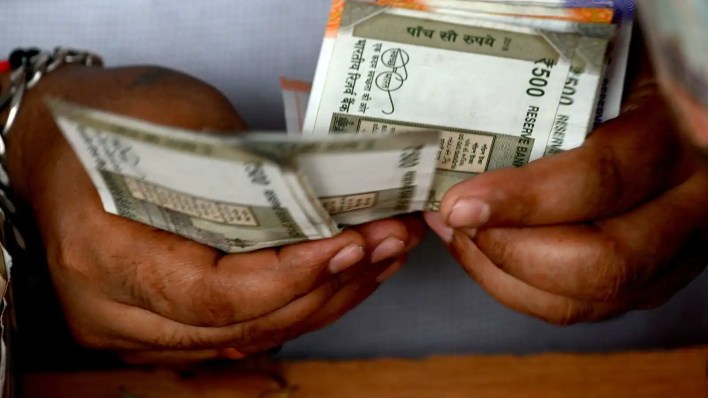 India’s benchmark indices joined their global counterparts to lose on Wednesday as traders await the Fed’s decision on raising interest rates. Not even Putin’s call to escalate the war in Ukraine helped the mood.

The Sensex fell 262 points to close at 59,456 and the Nifty closed at 17,718, down 98 points. Shree Cements lost 6% while Adani Ports, Powergrid, and IndusInd Bank also lost 3% in value. Companies like ITC, Britannia, and Hindustan Lever benefitted from the interchange. Most indices ended in the red, with Metal, Pharma, Realty, and Oil & Gas falling more than a percent. FMCG remained steady and closed in the green with gains of over percent.

Asian stocks fell on Wednesday as investors braced for another interest rate hike by the Fed. The market expects an increase of 75 basis points, but there is an outside chance that the increase could be as high as 100 basis points.
Japanese stocks hit their lowest in more than two months as investors braced for key policy meetings this week from the Fed and the Bank of Japan. The Nikkei stock average settled 1.36% lower, its lowest closing level since July 19.

Chinese blue-chip stocks closed at their lowest in more than four months on Wednesday. Hong Kong’s chief stock standard fell to its lowermost level since mid-March.
The CSI 300 ended down 0.7%, while the Shanghai Composite Index fell 0.2%. The Hang Sang Index fell 1.8%.

Rupee Has Hit All Time Low Of 80.47 & Modi Is Busy In Bringing Cheetah & Fun Loving Games