Equity markets buckled under selling pressure on Monday as an intense sell-off emerged in IT, tech and banking stocks amid a bearish trend overseas following hawkish comments from the US Federal Reserve. On the other hand, Maruti, Nestle, Asian Paints, ITC, M&M and Hindustan Unilever were among the gainers.

It has earmarked Rs 2 lakh crore investment for a 5G network and plans to launch the high-speed services in key cities by Diwali.

In addition, RIL will also invest Rs 75,000 crore in the next five years to expand its petrochemical capacity.

In the broader market, the BSE midcap gauge declined 0.80 per cent and smallcap index fell 0.57 per cent.

Among the BSE sectoral indices, IT fell the most by 3.34 per cent and teck declined by 3.14 per cent. The other laggards were bank, finance, metal, realty, and basic materials. Energy, FMCG and oil & gas ended in the green.

“Global stocks fell, treasury yields climbed and global currencies lost ground against the dollar on Monday as investors took fright following hawkish comments from some of the world’s most powerful central banks.

“European Central Bank board member Isabel Schnabel warned over the weekend that central banks must now act forcefully to combat inflation, even if that drags their economies into recession,” Deepak Jasani, Head of Retail Research, HDFC Securities, said.

Stock markets in Europe were trading lower during mid-session deals. The US markets had ended significantly lower on Friday. 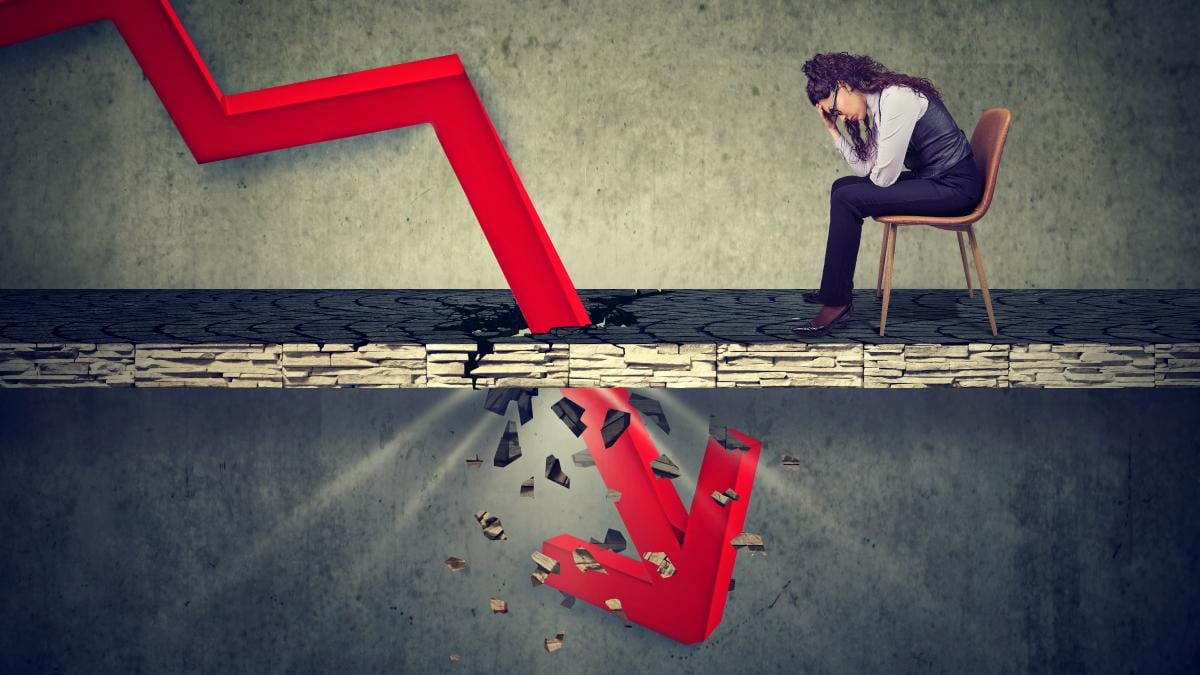 “Jerome Powell’s hawkish tone during the Jackson Hole symposium pointed towards a stricter rate hike while investors were expecting a milder policy action post the release of the softer July inflation reading. This has increased concern about an economic slowdown, which has caused a significant sell-off in the US market and spillover effects on markets around the world.

“The sell-off in emerging markets like India was exacerbated by concerns over the possible withdrawal of foreign funds, which was the backbone of the recent market rally,” said Vinod Nair, Head of Research at Geojit Financial Services.

After hitting an all-time low, the rupee recovered some of its losses to settle 10 paise down at 79.94 (provisional) against the US dollar.

Meanwhile, the international oil benchmark Brent crude climbed 0.79 per cent to 101.8 per barrel.

“Investors had already got the wind of bearish undertone for the start of the week after the US Fed chairman’s speech on Friday talked about further rate hikes going ahead to tame inflation. The overall structure is bullish. Therefore, this correction is a buying opportunity because the market may try to approach a fresh all-time high near Diwali. In terms of sector, Banking, Capital goods, Infra, Auto, and Consumption may continue to outperform while IT may also see buying interest from lower levels, Santosh Meena, Head of Research, Swastika Investmart Ltd, said.