According to a technical indicator that has consistently anticipated downturns for more than ten years, the stock rises of Gautam Adani‘s firms, which increased his fortune at a rate that outpaced all other billionaires internationally, are about to reverse.

According to TD Sequential, the stock continued to reverse its much more than 100% gain for the year last week. This widely used DeMark technical signal has correctly predicted Adani Enterprises Company limited declines three times since 2009. It also raises the possibility that Adani Total Gas Ltd and Adani Ports and Special Economic Zone Limited shares would see losses. Adani, who began the year in position 14 on the Forbes List, had risen to position two before last week’s stock market crash partially undid some of his wealth gains. Last month, stocks of his flagship company, Adani Enterprises, reached a record high. Some of his businesses, such as Adani Total, have experienced two-year growth rates of more than 1,000%.

“Technical indicators point to severe headwinds for these three Adani group companies, “said Kunal Kansara, a strategist and co-founder of Curl Capital, located in Mumbai. “Based on market movement, some of these equities are also severely overbought and ready for a deeper decline.”

The TD Sequential research predicted a reversal of the rise in the three Adani shares, timing the market indicator that employs a system of counting coupled to chart patterns. Adani Total’s trend reversal signal from August is the initial one since the stock’s first public offering in 2018, while Adani Ports’ most recent trend reversal signal, flashing in 2021 and still current with a downward forecast, is the second ever since IPO in 2007. 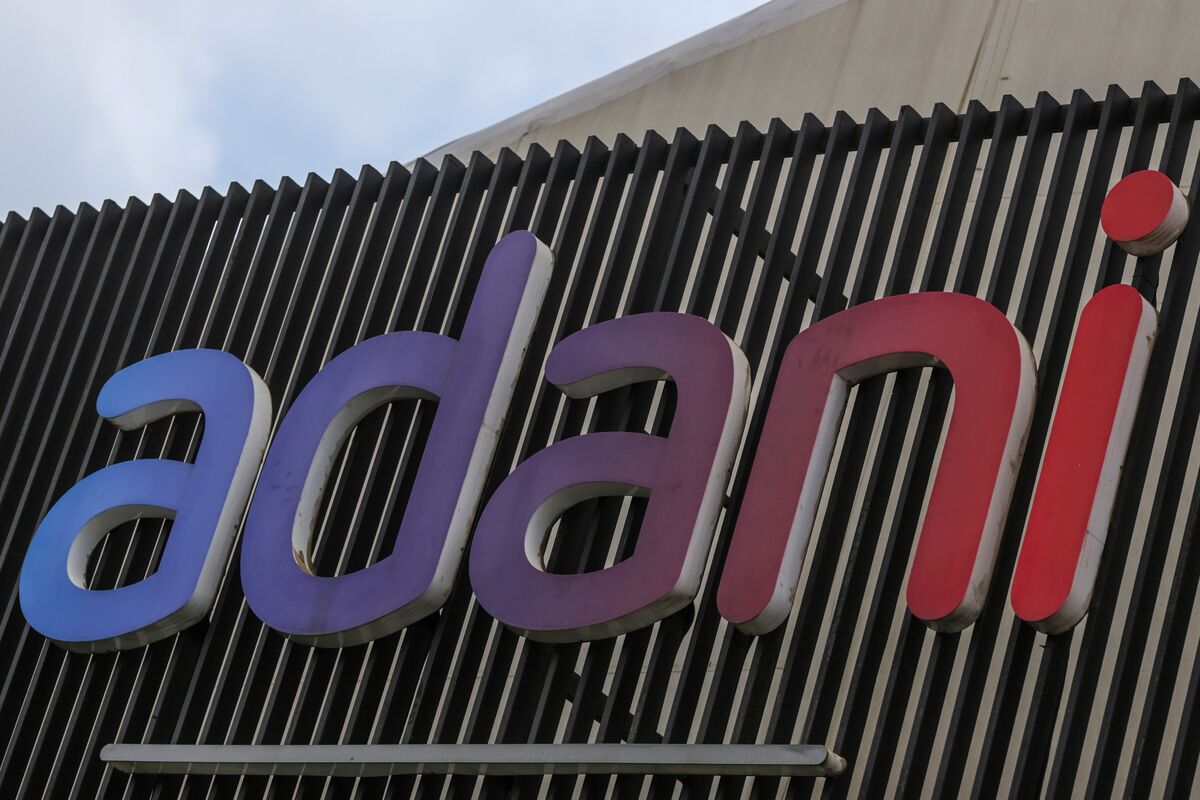 The last time TD Quant predicted a gain in the shares of Adani Ports was in 2015; a 55% decline ensued. However, individuals who entered trades after the indicator’s first sell signal for Adani Enterprises since its 1999 debut on the public market in 2007 suffered losses.

Some investors had been uncomfortable with the group’s ports-to-power conglomerate’s debt-fueled expansion and the narrow scope of research analyst coverage. Due to the conglomerate’s rapid development into the media and renewable energy industries, its leverage is excessive and “a subject of concern,” according to CreditSights, a Fitch Group entity.

The company has played down the worries, claiming that its credit indicators have improved recently and that it has received stock infusions from international investors. An email requesting a comment about the quantitative measure indicating a turnaround in share price growth received no response from Adani Group.

The TD Sequential research, a market timing tool that counts patterns on charts, predicts a reverse of the rise in all three Adani stocks. Adani Ports, which initially emerged in 2021 and continues to operate with an unfavourable prognosis, is showing a trend change for the second time since its offering in 2007, while Adani Total is showing a trend shift for the first time since the stock’s first public offering in 2018.

When TD Sequential previously proposed a reversal to reclaim Adani Ports shares, a 55% decline ensued. However, once the Adani Enterprises indication issued its first sell signal since it originally appeared on the public market in 1999 in 2007, those that traded suffered losses.

Some investors had expressed concern over the ports-to-energy conglomerate’s debt-fueled growth and the narrow scope of research analyst coverage. The company has a level of influence that the Fitch Group subsidiary CreditSights defined as high and “an issue of concern” as a result of its rapid development into industries including media and renewable energy.

The organization has allayed worries by claiming that its credit indicators have improved recently and that it has received money infusions from international investors. An email requesting comment on the analytical signal indicating a reversal in stock price growth did not receive a response from Adani Group.

According to Kunal Kansara, co-founder and analyst at Curl Capital in Mumbai, technical indicators point to significant headwinds for these three Adani group companies. According to market movement, a few companies are also critically overbought and ready for a more profound decline.

Over the last three months, shares of numerous Adani Group companies have fallen precipitously. The second-richest man in the nation has seen a decline in his private fortune as a result of the up to a 52% decline in the share prices of six of his businesses.

Notably, the Adani Group’s stock reached a 52-week peak three months ago. At the time, it seemed impossible to halt Adani. But everything was abruptly altered by a single event. For example, Adani Power fell more than 55%, from a price of roughly Rs 167.1 on June 9 to Rs 77.30 on August 18. 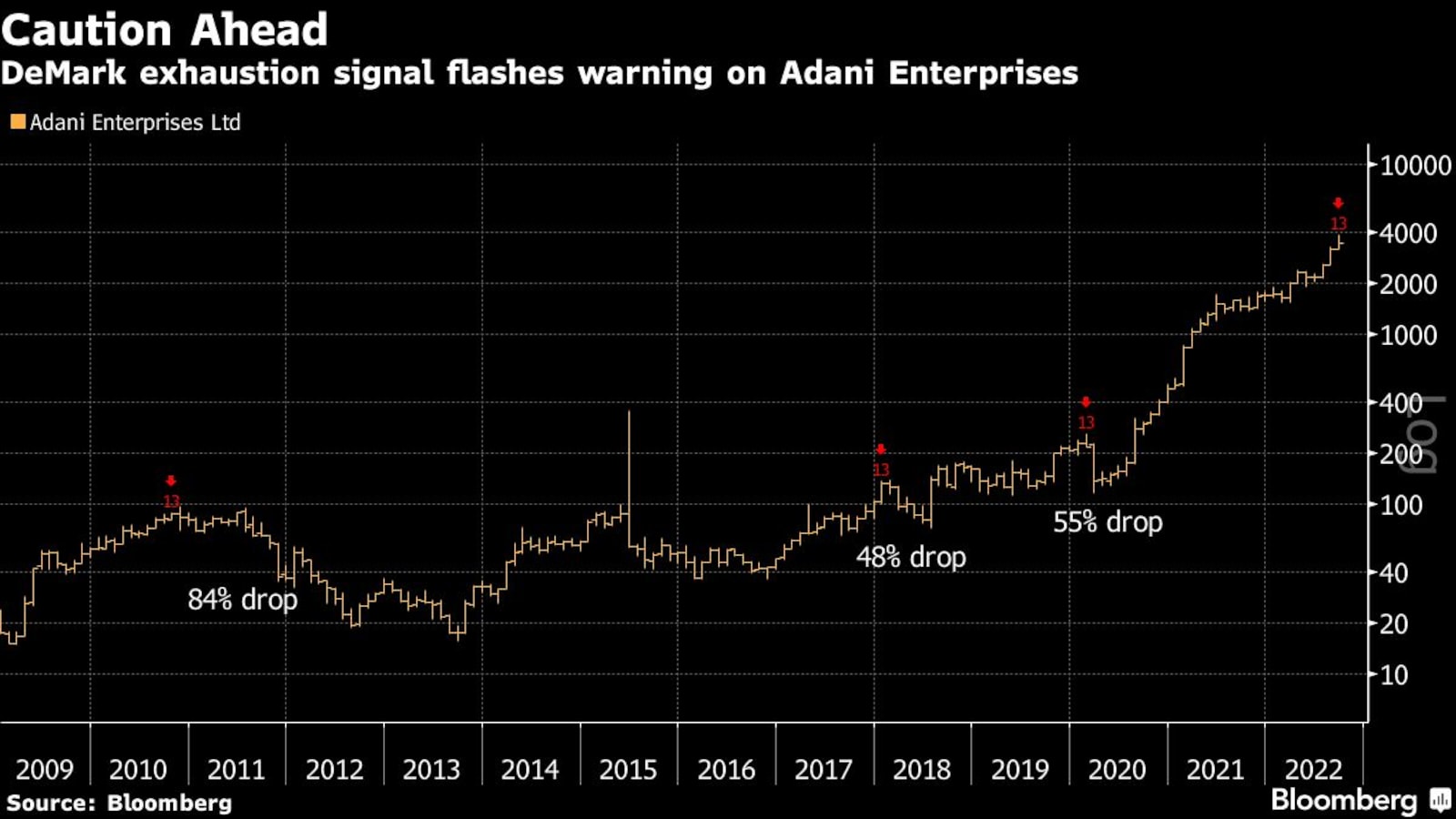 Stocks of the Adani Group are down.

Why are shares of the Adani Group falling? 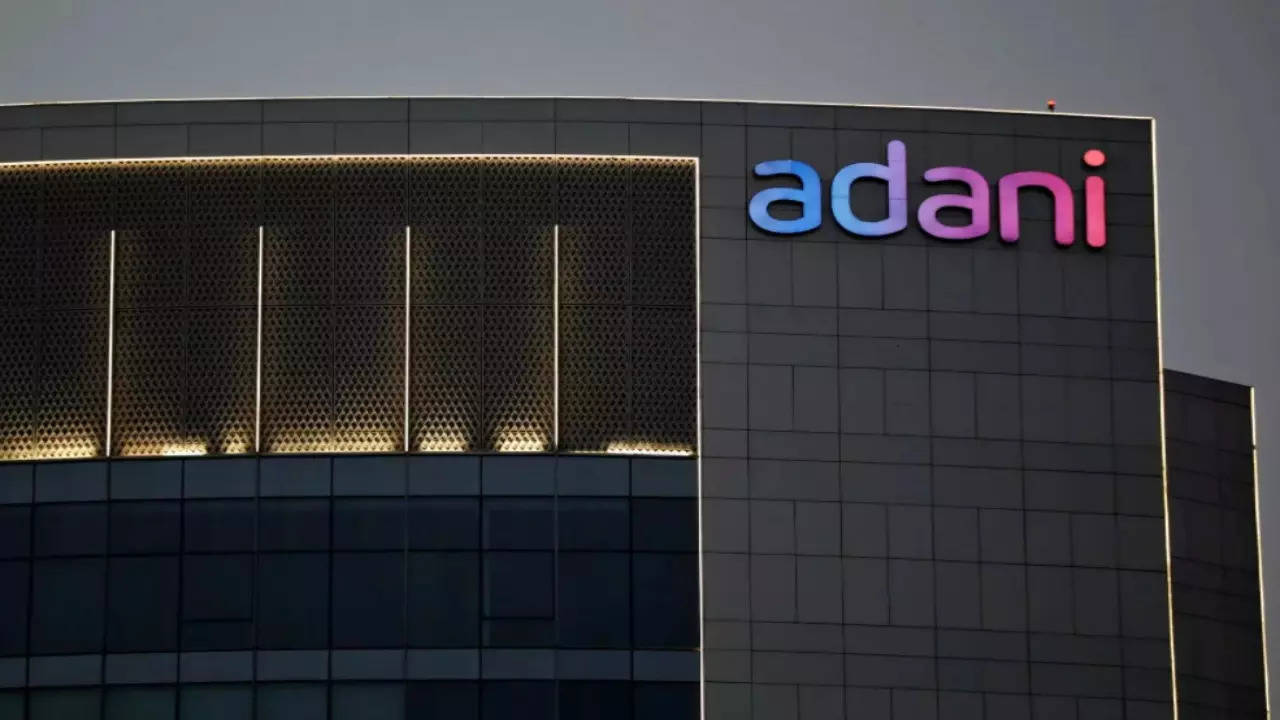 The media reports that the National Securities Depot Ltd. had frozen the account of three foreign money that had made significant investments in the equities of the Adani Group were the cause of the turn of events. Despite denials by the National Securities Depository Ltd., numerous reports have shown the opposite. Since then, four Adani Group companies have lost more than Rs 43,500 crore. Succumb to Adani’s wealth

Gautam Adani’s fortune has been harmed by the decline in the share value of the Adani Organization firms. His estimated net worth as of June 14 was $77 billion. He is currently valued at about $54.5 billion, though.

CCI Approves Adani's Acquisition Of DB Power: What Does Adani Gain From This Agreement?