In September’s assessment of economic projections from the Federal Reserve, they did not predict a recession within the following three years. And Chair Jerome Powell still appears to believe that the economy may have a gentle landing. But in my opinion, a US recession in the coming 12 to 18 months is very likely. Why can’t I be as optimistic as the Fed?

The Fed governors’ predictions will always depict a positive image. They are told to base their opinions on the best possible monetary policy, which logically makes better results possible. Since the policy is frequently far from that ideal in the real world, as has been shown over the past year, actual outcomes are typically worse than predicted by projections. 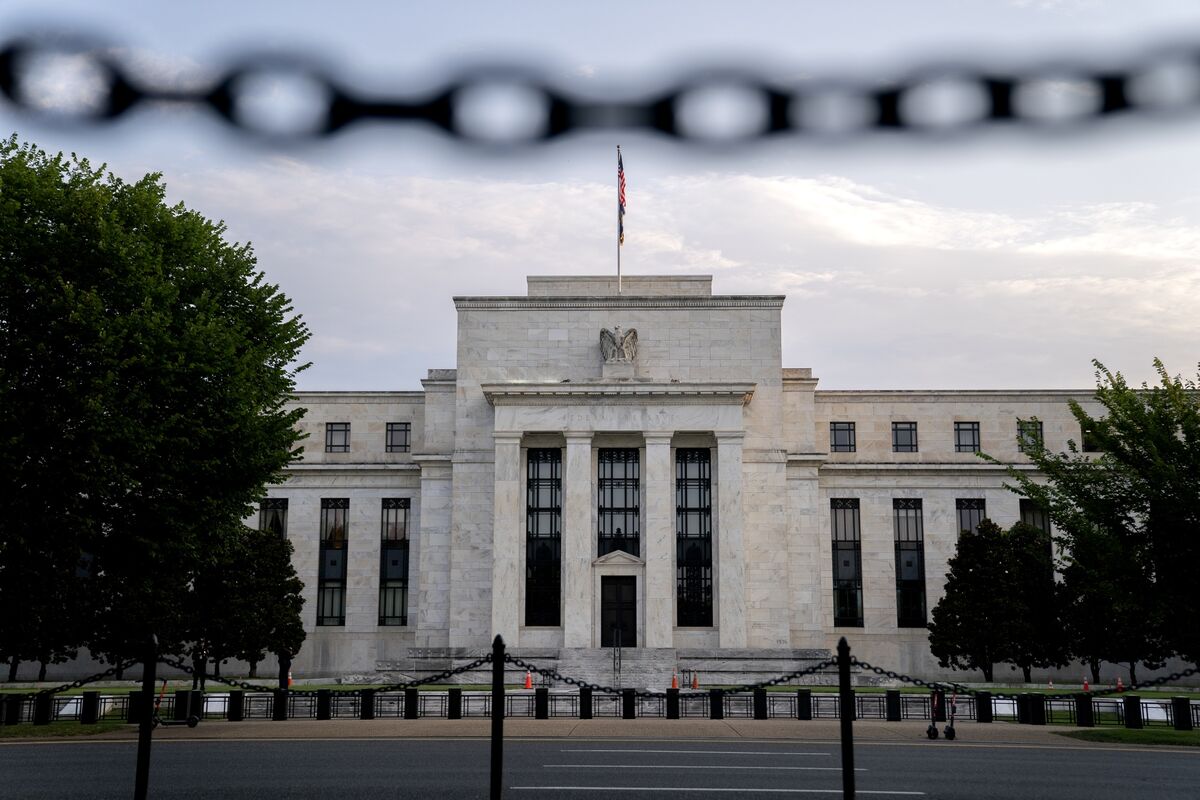 In a similar vein, the Fed model that serves as the foundation for its staff forecast contains hypotheses that help to produce more optimistic forecasts. They include the fact that households and businesses are aware that the Fed will continue to pursue the best course for monetary policy going forward (regardless of past mistakes).

These presumptions rule out monetary policy mistakes that continue to occur or a decline in household and corporate trust in the Fed’s commitment and capability to meet its employment and inflation goals. The Fed also functions under significant political and economic restrictions. A recession could be necessary to control inflation, which would undermine popular support for a stricter monetary policy.

Additionally, it may draw criticism against the Fed, which might eventually erode its independence or force Congress to restrict the Fed’s future power. Sugarcoating the costs of what the Fed must do may be seen as a necessary evil for it to effectively complete its mandate. However, there is also a chance that it will damage the credibility of the Fed.

Why do I think there will be a recession eventually? The Fed is dedicated to lowering inflation to its target rate of 2% first. Powell made it clear that this objective was “unconditional” in his remarks at the Jackson Hole conference in August, and he reaffirmed his commitment at his September news conference. Failure is not a desirable option because it would call for stricter monetary policy and worse long-term results as inflation expectations would rise. The US economy has entered a recession every time the unemployment rate has increased by 0.5 percentage points or more since World War II. The Sahm rule serves as a testament to this empirical pattern. The fact that there are no examples of an unemployment rate climbing between 0.5 and 2 percentage points from trough to peak at all emphasizes how difficult it is to make a smooth landing. Once the unemployment rate has risen slightly, it is difficult to reverse the trend. Thus, a jump in unemployment from its most recent low of 3.5% to 4.4% in the Fed’s Summary of Economic Projections for September would be unusual.

Recession risk will also rise as a result of Fed risk management. Powell has made it clear that failure to reduce inflation to 2% on a sustainable basis will have unfavorable consequences. Failure would result in unanchored inflation expectations, which would make the task of restoring price stability even more challenging, according to the lesson of the 1970s.

The Fed will also have difficulty since it is questionable if it has done enough. How high must short-term interest rates rise before the unemployment rate exceeds the level necessary to maintain stable inflation? How long must the unemployment rate remain high before the inflation rate returns to 2%? This means that monetary policy will likely be kept too tight for too long because, on balance, the negative effects of doing too little outweigh the negative effects of doing too much. This is reinforced by the lengthy and erratic lags between changes in the direction of monetary policy and their impact on economic activity.

Some contend—including Fed officials—that a gentle landing is still feasible. • Headline inflation will decline substantially as supply chain disruptions fade and the distribution of demand between goods and services normalizes. • As labor force participation increases, labor supply will rise. • Fed tightening can lessen the oversupply of labor without significantly increasing unemployment. These arguments can’t be discounted out of hand, but I fear they won’t be enough to prevent a hard landing. First, the fact that the inflation problem has expanded to include wages and service prices does not go away even if falling goods prices cause headline inflation to fall sharply in the upcoming year. The trimmed mean personal consumption expenditures deflator, an alternative inflation measure calculated by the Federal Reserve Bank of Dallas, and the median consumer price index, both of which have increased by 7% and 4.7% over the past year, respectively, show the breadth of inflationary pressures. These figures accurately reflect the situation for those goods and services that fall in the middle of the inflation distribution.

Similarly to this, the trend in pay inflation is far higher than the 2% inflation rate. For instance, the employment cost index for private industry workers’ wages and compensation has increased 5.2% over the last year, while the pay tracker index of the Federal Reserve Bank of Atlanta is increasing at a pace of 6.4% annually. Given the trend in labour productivity, wage inflation needs to be between 3% and 4% to be in line with the Fed’s 2% inflation target.

Second, a significant rise in labour force participation is unlikely to save the Fed on the front of labour supply. The unemployment rate is the best indicator of the state of the business cycle, according to labour economist Stephanie Aaronson, who made this observation during her remarks at the Fed Jackson Hole conference this year. She claimed that while an increase in labour force participation can be anticipated in response to a tight labour market, the process is slow and takes years to complete, making it ineffective for saving the Fed. Third, it is wishful thinking to think that the Fed’s strict monetary policy can be geared toward lowering the excess demand for labour without materially increasing unemployment. In contrast to industries where labour supply and demand are more evenly balanced, monetary policy cannot be targeted to reduce the demand for labour in industries where demand is out of control. It’s a crude tool that has an overall negative impact on the economy due to how it affects financial conditions. A soft landing would be ideal, but that ship has sailed. Today, a recession is all but certain.