The Reserve Bank of India increased the base repo rates by 50 bps on Friday, the fourth straight hike, as RBI kept trying to control the persistently high inflation.

The RBI has thus far increased the main repo rates by 190 bps, ever since its initial impromptu mid-meeting hike in May. This move is in synchronization with the global trend of strengthening monetary policies to curb inflation.

The central bank increased the repo rate by 40 bps in May and then by 50 bps each in June and August to bring it to its current level of 5.4%. The increase raised the repo rate over the 5.15 % pre-pandemic level. Increasing interest rates often reduces demand in the economy, which aids in a decrease in inflation.

The global scenario on repo rates

The Federal Reserve of the United States Chairman Jerome Powell announced that they had boosted the interest rates for the third time in a row, raising them by 75 bps to bring the target range to 3 to 3.25 %.

The Bank of England then raised the base rate to 2.25 % from 1.75 %, which is the highest since 2008. EU also used the concept of rate increases to control inflation. Therefore, in order to manage inflation, the Reserve Bank of India (RBI) has taken a cue from its global peers and has hiked the interest rates for the fourth time in a row.

In order to maintain target inflation while fostering growth, the MPC (Monetary Policy  Committee) of RBI had hitherto decided to stick to its “withdrawal of accommodative stance” approach. The MPC underlined that over the first three quarters of 2022–23, repo rates would be high, and 6.7% of retail inflation is projected, which is above the upper tolerance limit of 6%. Also, the earlier prediction of real GDP growth as 7.2% is now reduced to 7%.

The RBI set an aim to encourage growth while achieving the medium-term consumer price index (CPI) inflation target of 4% within a +/- 2% range. The marginal standing facility (MSF) rate and the bank rate were both adjusted to 6.15%, while the standing deposit facility (SDF) rate continues to remain at 5.65%.

Apparent reasons behind the inflation trajectory

The U.S. Federal Reserve’s notable hikes of rates this year have had an impact on financial markets all around the world, causing a spike in volatility and unavoidable sell-offs. The Indian economy has experienced this traumatic wave as well. Foreign currency reserves have decreased by 67% since April as a result of value changes brought on by a stronger US dollar and increased US bond rates.

According to the RBI, imbalances between supply and demand for goods and services are a result of the pandemic’s and the geopolitical conflict’s long-term repercussions. With hostile rate increases, central banks are forging new ground, even if it means short-term economic sacrifices.

The global economic and financial climate is already facing the effects of the ongoing conflict in Europe that has driven commodity prices remarkably to a zenith level, paving the way for inflation, and hence has become more unpredictable as a result of capital outflow and reserve losses.

The increase in the U.S. dollar index (DXY), which is still climbing to a two-decade high and has caused the Indian rupee to lose 8% in the current fiscal year as of September 30, is directly cited as the reason for the rupee’s weakness. According to RBI, prolonged geopolitical tensions, tightening financial conditions worldwide, and a potential drop in the external parameter of aggregate demand can all have a negative impact on GDP.

Due to a steep increase in food costs, India’s retail inflation increased to 7% in August from 6.71% the previous month, according to government figures. For the eighth month in a row, retail inflation surpassed the Reserve Bank of India’s tolerance zone.

According to the RBI, the country’s market was experiencing some stability largely owing to the southwest monsoon rains in the agricultural sector, carrying activity in the industrial and services sectors, strong urban and rising rural demand, moderate merchandise exports, and strong non-oil and non-gold imports.

What does the Indian government say?

The Union government has asked the RBI to keep retail inflation under control and ensure that it stays below 4%, with a margin of 2% on each side.

The RBI is on the verge of failing to reach its inflation objective as headline inflation rose beyond 6% for the eighth consecutive month. If the average inflation rate exceeds the 2–6% range for three consecutive quarters, the RBI is regarded to have failed in its objective.

The increasing cost of borrowings-A headache

The sector, already struggling with a slump in demand from important export markets, would face higher borrowing costs as a result of the consecutive repo rate increases. August showed a steep drop in exports of engineering items, indicating difficult times are coming.

An increase in interest rates on bank deposits is typically a good thing when the repo rate rises. Experts claim that consumers who have short- and medium-term investments, such as savings and fixed deposits (FDs), will gain from higher rates since they will receive higher returns on their investments based on how lenders pass on the new interest rate increase.

How does this affect the budgets and pockets of the common man?

The common man will be worst hit by this since loans, including house loans, personal loans, business loans, LAPs, and car loans, would become more expensive. Banks may raise loan interest rates in sync with rising repo rates. Therefore, the loan EMI may be greater. 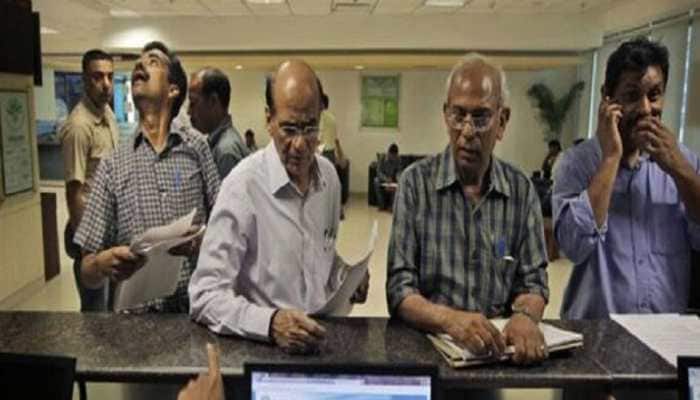 RBI raised the repo rate by 140 bps starting in April 2022, while house loan rates grew by an average of 80 bps, or more than 50% transmitted to date. Therefore, the flexibility of each bank will determine how the modification is transmitted. As a result of the increased demand for housing during the holiday season, it is possible that banks will also delay the transmission.

Homebuyers’ costs would rise as a result of the hike in repo rates, further impacting housing affordability. Mortgage rates have now increased or returned to pre-COVID levels. This will probably give the rental market more traction. Renting will become significantly more affordable due to increasing home buying costs and interest rates. Homebuyers will probably hold off until the present cycle ends.

It is advisable to focus on trying to prepay your loans in this situation with rising rates in order that would save money over the long run.

Is heading moving towards stagflation?

Some reports claim that the combination of high unemployment, slow growth, and ongoing inflation may result in stagflation in the Indian economy by the end of the following fiscal year.

Now that you are aware of the repo rate game. Just continue down the lane if you want to read more about the parameters we are functioning with.

A repo rate is defined as the rate at which the RBI (Reserve Bank of India) provides money to banks when such institutions are short on cash. Banks must always have a certain amount of cash on hand. If they run out of money to keep the limit in place, they borrow it from the RBI at the existing repo rate.

What is Retail Inflation?

Retail inflation, a factor which is considered for drafting bimonthly monetary policy by RBI, is measured by the consumer price index (CPI), which had begun to moderate since May, and has once more firmed up to 7% in August.

The MPC is a six-member body that is responsible for figuring out the policy interest rates necessary to meet the inflation target while also focusing on the goal of economic expansion. Currently, this committee meets every two months or at least six times in a fiscal year.

All the major currencies, including the Rupee, in developing and developed nations have been taken on a troll as a result of the Federal Reserve’s hostile hike in interest rates. The monthly derivatives expiry scheduled this week might cause volatility in the domestic stock market. The path of the rupee, which broke over the 81-mark versus the US dollar, will also serve as a market indicator.

RBI continued to be dedicated to keeping inflation under control and bringing it closer to the 4% comfort level by raising the repo rate and tightening the liquidity situation. Although the price of petroleum and other commodities has somewhat decreased on a global scale, the steep depreciation of the rupee and the recovery of local demand will continue to put pressure on prices, forcing the RBI to increase REPO Rate by an additional 50 BPS. Even while this is expected in tune with the general wave, it will have an effect on consumer mood across all shopping categories, more specifically in the aftermath of the current holiday season.

Banks will raise the interest rates on home loans in response to any further hike in repo rate. But with the strong demand for real estate, can we continue to believe that its influence won’t be felt much? Can it be predicted that demand will increase only throughout this holiday season?

Let’s see, with increased repo rate, what this festive season brings along with it for the common man in particular and the market and economy in general!!