Top 6 Stocks That Remain Strong Picks For The Festive Season. Here’s Why

The season of festivals has officially begun, with Ganesh Chaturthi being the most recent. Numerous holidays, including Karva Chauth, Navratri, Diwali, and Christmas, will be celebrated in the approaching months.

The demand for consumer goods is often high during these holidays. Currently, a number of catalysts have rekindled the passion surrounding these festivals. Having said that, you have the option of adding a list of six equities to your portfolio. Axis Securities‘ festive demand picks include these stocks. 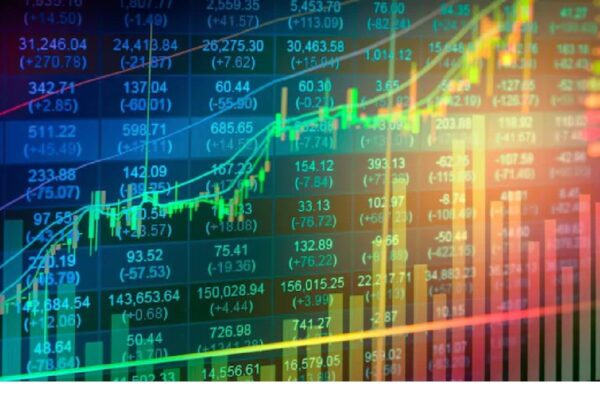 Axis Securities stated earlier this week in research that festivals are times that “bring life to a state of enthusiasm, creating mental space and good vibes among all of us and making the whole climate favourable for the demand generation, particularly for the consumer products in the economy.”

After two years of muted due to periodic Covid-19 disruptions, the festive spirit is back to pre-Covid levels. The government of India’s extensive immunization push (which reached the astonishing milestone of 213 Cr by 4th Sep’22) appears to have reignited the excitement this year, and economic activity is gaining steam, according to the study.

Axis Securities claims that a number of catalysts are bringing up a fresh sense of exhilaration. Which are:

Axis Securities’ statement stated, “Based on the above-mentioned themes, “We suggest the following equities because they will profit from strong festival demand: Maruti, Trent, Relaxo, SBI Cards, Bajaj Finance, and V-Mart.”

These six equities are thought to build wealth over the long run. The time horizon for these equities at Axis Securities is six to nine months.

In the holiday season, Axis Securities recommends these six equities as outstanding picks: The company reported a net profit of 1012.8 crores for the quarter ending in June 2022, an increase of 129.76% over the equivalent quarter of the previous year’s net profit of 441 crores.

The company has a buy recommendation from Axis Securities and a target price of 9,801 per share. The performance of Bajaj Finance shares has decreased by just over 3% since September 9 of last year as a result of the stock experiencing a tumultuous year. The shares have, however, made a significant comeback during the past three months, with gains of around 22%.

The stock’s target price was set by Axis Securities at 8,250 per share. Despite the stock’s over 15% year-over-year decline. However, the shares have made a strong rebound and increased by more than 22% over the last three months of this year.

1,050 has been set as the target price by Axis Securities. The shares have increased by almost 35% in a year.

In comparison to a loss of 138.29 crores during the same period last year, the company reported a consolidated net profit of 114.93 crores in the first quarter of FY23. Operations generated revenue of 1,803.15 crores, a significant increase over Q1FY22’s 491.99 crores.

The stock has a 1,530 per share target price set by Axis Securities.

The shares have increased by over 3% over the past three months.

The stock has a 1,120 per share target price set by Axis Securities.

The stock has a 3,350 per share target price, according to Axis Securities.

Are Railways Ready To Operate PPP-Mode Passenger Trains For The First Time? Here's What The National Transporter Said