Why is RBI sucking the blood of the common man in the name of economic upliftment?

The repo rate has risen 90 basis points in the last five weeks as the RBI strives to combat inflation with rate hikes and focus on exiting its accommodative stance. What does this mean for interest rates on bank loans, EMIs, and spending?

The Reserve Bank of India raised the repo rate by another 50 basis points in its bi-monthly review on Wednesday. As a result of this shift and the RBI’s focus on withdrawing its accommodative policy in response to growing inflation, interest rates in the banking sector are projected to climb further.

Why did the RBI raise the repo rate?

The Reserve Bank of India (RBI) wants inflation to fall to 4% (2%). The repo rate has risen 90 basis points in the last five weeks, bringing it to 4.9 per cent. The repo rate is the interest rate the Reserve Bank of India lends to commercial banks. When interest rates are raised, money becomes more expensive, reducing economic demand and lowering inflation.

Even as it seeks to aid the economy’s recovery from the pandemic’s effects, the RBI’s concerns about inflation have been the critical driver of rate hikes. “The war in Europe rages on, and we face new challenges every day,” it said in a statement on Wednesday, “exacerbating the existing supply chain problems.” As a result, food, energy, and commodity prices have remained high.

A large chunk of the increase in inflation is due to a series of supply shocks linked to the conflict. In view of these circumstances, we’ve started a gradual and orderly phase-out of the pandemic‘s unparalleled accommodations.”

What effect will it have on debtors and depositors? 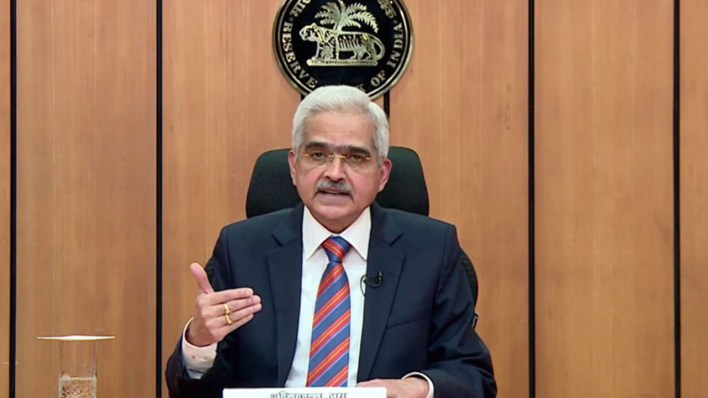 If the repo rate rises by 90 basis points and the lending rate rise by 100 basis points, it will significantly impact EMIs. Assuming the rate on your home loan increases 100 basis points from 7% in April to 8% in the coming weeks, your EMI on a principal balance of Rs 50 lakh over 15 years will rise from Rs 44,941 to Rs 47,782 – a monthly increase of Rs 2,841 if the term remains the same.

If rates rise by 150 basis points by the end of the year (as is projected given the RBI’s increased inflation concerns), the loan rate will rise to 9.5 per cent, and the EMI for the same loan will jump to Rs 49,236 – an increase of Rs 4,295 per month. Individuals whose salaries have already fallen below pre-Covid levels would be particularly hard harmed.

See also  "Simply Forget It": Why India May Have to Pass on Pfizer's Vaccine

So, do you think there will be additional rate hikes?

Given the RBI’s predicted inflation of 6.7 per cent for 2022-23 and increased concerns about it, market investors believe it would hike rates another 50-100 basis points in the year’s second half. Indeed, RBI Governor Shaktikanta Das has stated that future rate hike decisions will be based on inflation trends. “Given the great ambiguity of the situation, it is impossible to make a forecast on the advice… On Wednesday, Das informed the reporters, “We will deal with the matter as it occurs.”

“RBI’s aggressive stance is focused mostly on heightened inflationary worries,” Bank of Baroda said in a report released following the rate hike. It has increased the policy rate by 50 basis points. FY23, the CPI prediction was raised by 100 basis points to 6.7 per cent (our est.: 6.5 per cent). More crucially, the headline CPI will likely exceed the RBI’s upper tolerance band in the following three quarters… We foresee another rate hike of 50-75 basis points in the present cycle.”

What is the RBI’s opinion on inflation? 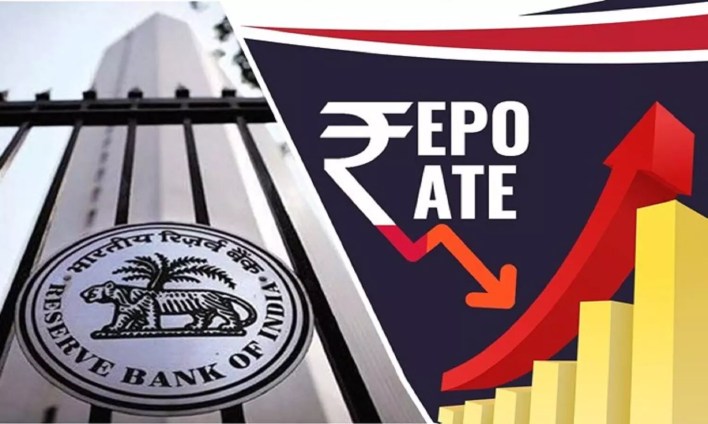 Inflation is predicted to rise around 7% in the first two quarters of the current fiscal year, much beyond the RBI’s comfort limit of 4% (2%). According to the RBI, inflation is expected to reach 7.5 per cent in the June quarter and 7.4 per cent in the September quarter. International crude oil prices are still high, and there’s a chance they’ll continue to trickle through to domestic pump costs.

Revisions in the price of power can pose an upside risk. Despite a recent adjustment due to the relaxation of an export prohibition by a critical supplier, edible oil prices remain under pressure due to weak global supply conditions. Early indications from manufacturing, services, and infrastructure enterprises polled by the RBI show that they foresee more input and output pricing pressures.

According to the RBI, inflation is expected to reach 6.2 per cent in the December quarter and 5.8 per cent in March 2023. The RBI is anticipated to raise rates further and drain liquidity from the system due to the elevated level for the calendar year 2022.

What will the consequences of ending the accommodative policy be?

The word “accommodative” was deleted from the policy position by the RBI. The RBI’s policy panel, chaired by the Governor, has decided to keep the focus on removing accommodations to keep inflation within the target range. To combat the pandemic’s impact, the RBI poured massive amounts of money into the economy in 2020. While this contributed to economic recovery, it was also the primary cause of inflation.

In May, the RBI’s market operations resulted in a decrease in liquidity. Nonetheless, overall system liquidity remained abundant, with average daily absorption under the liquidity adjustment facility (LAF) falling to Rs 5.5 lakh crore from Rs 7.4 lakh crore from April 8 to May 3, in line with the objective of progressive accommodation removal. Interest rates will also rise as a result of the pullout.

Will this influence consumer spending?

The policy shift and rate hike are expected to impact the economy’s consumption and demand. Consumer spending on non-discretionary items is expected to be more affected.

According to the RBI policy council, the projection of a regular monsoon should improve Kharif sowing and agricultural output. This will boost consumption in rural areas. Urban consumption is projected to be sustained by a resurgence in contact-intensive services. According to the RBI’s surveys, consumer confidence and household optimism for the coming year are improving.

“The RBI’s growth confidence is crucial because the economy’s performance in the first two months has been rather impressive. “An increase in interest rates will help to guarantee growth is not harmed since unmanaged inflation will influence discretionary expenditure, which in turn can affect GDP,” said Madan Sabnavis, Bank of Baroda’s Chief Economist.

As the RBI raises the repo rate, the markets become more volatile. 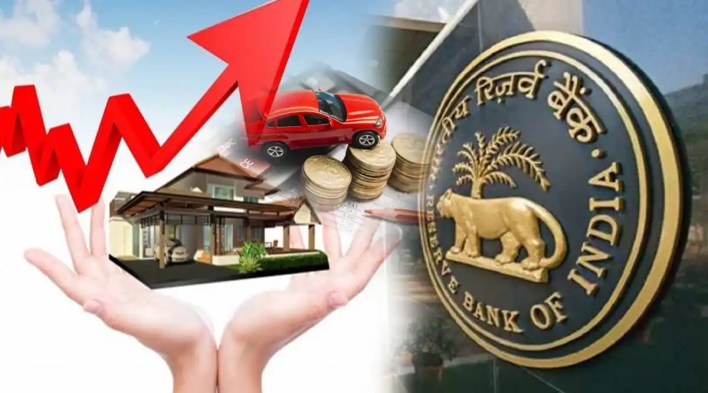 Nestle, Asian Paints, Reliance, Bharti Airtel, Britannia and Dabur were among the top losers today. Benchmark indices fell on Wednesday in response to the RBI’s decision to raise key rates by 50 basis points, with the Sensex losing 180 points in early trade.

ONGC, Tata Steel, Coal India, NTPC, Axis Bank, and State Bank of India, on the other hand, were among the winners.

Markets in Seoul, Tokyo, and Hong Kong were trading higher, while Shanghai was trading lower. On Tuesday, the stock markets in the United States concluded the day with gains.

Meanwhile, Brent crude, the worldwide oil standard, increased by 0.07 per cent to $120.66 per barrel. According to stock market statistics, foreign institutional investors sold shares worth Rs 2,293.98 crore on Tuesday.

How much would your EMI increase per lakh of the loan if the RBI raises the repo rate?

Borrowers will have to prepare for continuous interest rate hikes on their loans after enjoying low-interest decadal rates. This is because the Reserve Bank of India (RBI) chose to raise the repo rate from 0.5 per cent to 4.9 per cent at its monetary policy meeting on June 8. This comes just 36 days after the last repo rate boost of 40 basis points, which took place on May 4, 2022. Existing and new floating rate borrowers, such as home loan borrowers, would have to pay higher EMIs on their loans.

How much will your EMI rise?

The total rise in the repo rate after the current boost is 0.9 per cent. Because of the central bank’s rate hikes, lenders such as banks and housing finance businesses will raise their lending rates in response, which means your EMIs will also rise. Your EMI will increase by Rs 1,648 from Rs 23,259 to Rs 24,907.

See also  Power consumption grows 4.8% in first half of December

It’s possible that this isn’t the last rate hike.

The rate hikes do not appear to be coming to a stop with these two hikes in close succession. Inflationary variables have yet to show any indication of abating on a long-term basis. “We may have reached the pinnacle of inflation for the time being, but we may not have seen the end of it yet,” says Churchill Bhatt, Kotak Mahindra Life Insurance’s Executive Vice President & Debt Investments. It will be forced to use the interest rate hike option, among other inflation control tools, until inflation falls below the RBI’s comfort zone of 2-6 per cent.

The government has no choice but to use an unconventional method of lowering inflationary pressures: reducing taxes on fuel items. However, it has had only a minor effect on rising prices. Unless there is clear evidence that global inflation is declining, the rate rise cycle will be the RBI’s primary instrument for sucking liquidity out of the domestic financial system and containing inflation.

When the tenancy is extended rather than the EMI 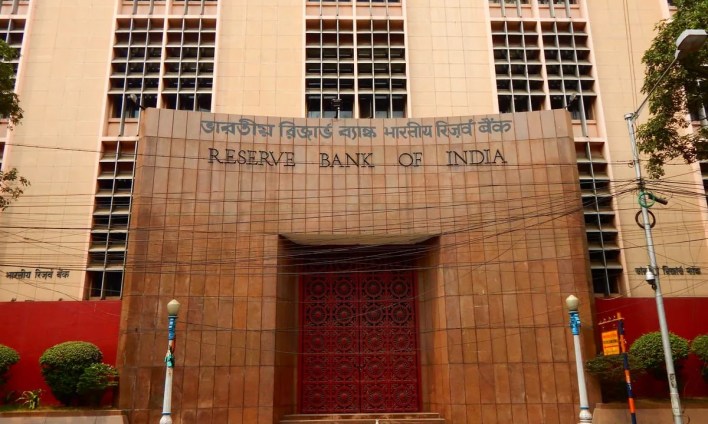 Most home loan borrowers go over their financial means while purchasing their dream home. Many of these borrowers may not be happy with the steep increase in EMIs at the start of the loan. Borrowers in this situation may want to talk to their lender about extending their loan term.

In many cases, rather than increasing the EMI amount, lenders prefer that the borrower chooses to prolong the term if it is possible. This is most common with home loans with shorter repayment terms. Lenders typically extend 15 or 20-year loans to 20 or 25-year loans if they are taken out for 15 or 20 years.

However, another aspect that influences whether your loan will be extended or not is how close you are to retiring, i.e., your age. If the borrower has a long time till retirement, the lender will most likely extend the term.

For example, if you are 35 years old and have a 20-year home loan, the lender can extend the term to 5 years, bringing you closer to the traditional retirement age of 60 years.