Trump Organization: Nine counts of fraud, conspiracy, tax fraud, and other offences have been brought against Trump Payroll Corporation and the Trump Corporation. We’ll elaborate.

On Thursday, the closing arguments in Donald Trump’s real estate company’s criminal tax fraud trial are scheduled to begin. The company is accused of planning to defraud tax authorities for 15 years. Here are responses to inquiries regarding the accusations made against the Trump Organization.

Who or what exactly is blaming the Trump Organization?

Two Trump Organization entities and the business’s chief financial officer, Allen Weisselberg, were accused by the Manhattan district attorney’s office of paying some executives’ personal expenses without disclosing the income and misrepresenting bonuses as non-employee compensation in July 2021.

Nine counts of fraud, conspiracy, tax fraud, and other offences have been brought against Trump Payroll Corporation and the Trump Corporation. They both entered a not-guilty plea. In August, Weisselberg entered a guilty plea and consented to give a witness statement at the trial in return for a five-month prison term.

He acknowledged hiding $1.76 million in company income, which included payments for a Manhattan apartment, the lease on two Mercedes-Benz cars, and tuition for his grandchildren at private schools. Some of his bonuses were also received from other Trump businesses, such as Trump International Golf Club and his Mar-a-Lago club in Florida, as non-employee compensation.

What specifically about those payments constitutes an illegal act?

Executives can report bonuses as self-employment income, which has tax benefits, by being paid as if they were independent contractors. 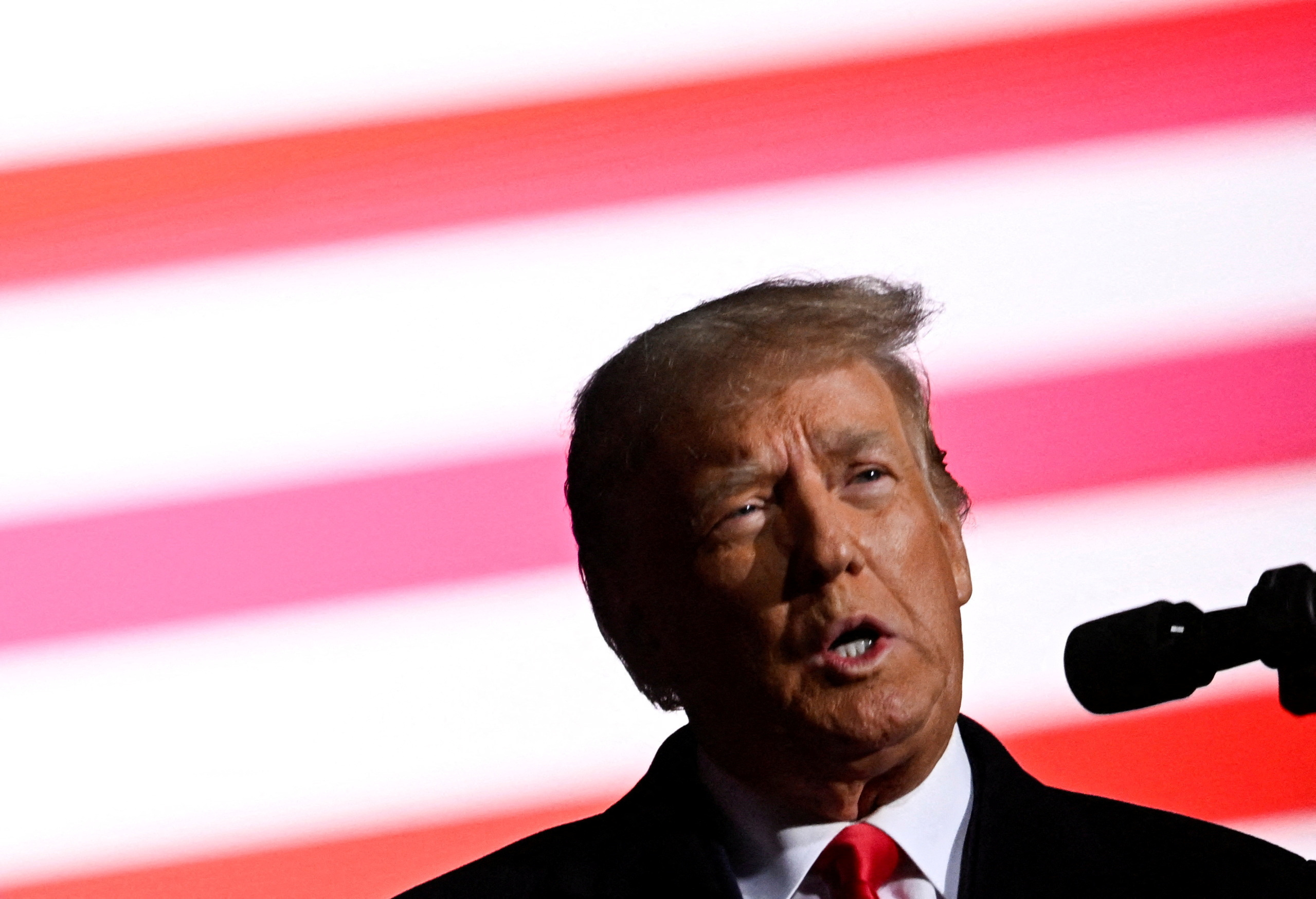 According to Jay Soled, a lawyer and also accounting professor at the Rutgers Business School in New Jersey, employers are not prohibited from paying employees in the form of benefits rather than salaries, but those benefits still need to be reported to tax authorities as income. The exception to this rule is small perks like complimentary coffee at work.

The companies are also charged with falsifying financial records. Weisselberg claimed in court that he asked the business’ controller, Jeffrey McConney, to claim payments for personal expenses against his pay on tax returns. He acknowledged that from 2005 to 2017, his income was falsely underreported on those forms.

McConney, who testified at the trial for the prosecution as a witness, is not facing any charges. He was given immunity from prosecution so that he could give a grand jury testimony.

What is the response from the Trump campaign?

The Trump Organization’s legal team has made an effort to place the blame on Weisselberg by alleging that he filed false tax returns in order to benefit himself rather than the business. To placate prosecutors, they asserted Weisselberg was under duress. Weisselberg testified in court that his own greed motivated him to commit tax fraud, which seemed to lend some credence to that contention.

Although the trial judge, Justice Juan Merchan, has stated that the company also cannot make that argument to the jury, the company has also asserted that Donald Bender, an outside accountant with the Mazars firm who handled the company’s tax returns, should have discovered the scheme and reported it.

Trump stated on Twitter that “the highly compensated accounting firm should have picked these things up on a regular basis – we relied on them.” Extremely unjust, Bender received protection from prosecution. Mazars severed ties with the Trump Organization this year.

Has Trump been charged with any crimes?

Trump has also not yet been charged with a crime. Mark Pomerantz, one of the two prosecutors who had been in charge of the investigation, resigned in February and advocated for the filing of felony charges against Trump, but Manhattan District Attorney Alvin Bragg expressed hesitation. Republican presidential candidate Donald Trump has criticised the investigation as being politically motivated. Democrats are represented by Bragg and Cyrus Vance, who oversaw the investigation’s inception.

Closing arguments will be made this week after the defence team for Donald J. Trump’s family business rested their case on Monday, ending the case’s tax fraud trial.

The majority of the defence time was spent questioning Donald Bender, who served as Mr. Trump’s and the business’s outside accountant for many years. Mr. Bender has been accused of allowing some executives to receive compensation in the form of off-the-books perks in order for them to evade taxes.

The defence attorneys made an effort to demonstrate that Mr. Bender shared some of the blame for failing to alert the business to the fact that executives, including the long-serving chief financial officer of the Trump Organization, Allen H. Weisselberg, were failing to disclose apartment rentals, luxury cars, and other company benefits.

On the other hand, the Manhattan District Attorney’s Office’s attorneys have argued that Mr. Bender would not have been held accountable for mistakes made in the business’s tax reporting under the terms of his agreement with the company. Since at least last year, Mr. Bender has cooperated with the prosecutors, who intended to call him as their own witness.

On Monday, Susan Necheles, an attorney for the defence, took Mr. Bender through financial records, including the business’ general ledger, in an effort to demonstrate that some benefits received by Mr. Weisselberg and other executives were openly apparent and that a diligent accountant would have noticed them. (Mr. Weisselberg, earlier in the trial, entered a guilty plea and gave evidence for the prosecution.)

According to Mr. Bender’s testimony, it was not his job to review the ledger line by line.

On Monday, Mr. Bender was questioned by William J. Brennan, another defence attorney, regarding the “numerous discussions” he claimed to have had with Mr. Weisselberg regarding the executive’s improper use of a tax form for independent contractors.

Mr. Brennan demanded an explanation from Mr. Bender after displaying an engagement letter in which the accounting firm for which Mr. Bender worked, Mazars, promised to “provide all professional advice in writing.”

Mr. Bender said, “I am a very conservative person, and there are many things I would not do.

In order to conclude, Mr. Brennan questioned Mr. Bender about his performance for the business.

I did a fantastic job, Mr. Bender said.

Judge Juan Merchan excused the jury until Thursday, when the attorneys will start making their closing statements, with the defence speaking first. Justice Merchan has stated that the jury’s deliberations will start on December 5 and that the prosecution’s case is anticipated to go into Friday. 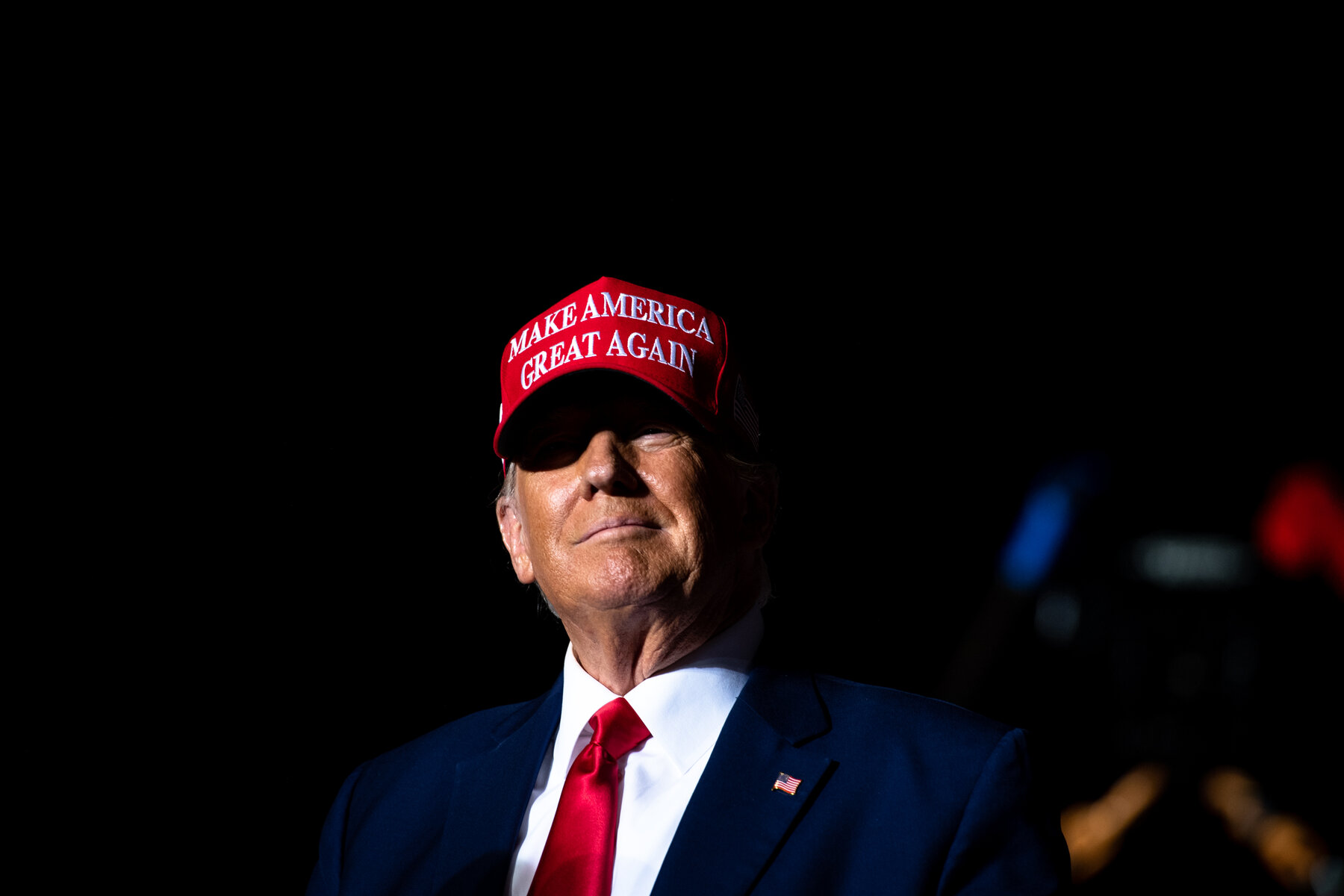 Whether or not jurors were persuaded that Mr. Weisselberg acted “on behalf of” the company determines the outcome of the case. The attorneys are anticipated to argue on Tuesday about what this language means and how the jury should be informed of that meaning the following week.

A majority of the United States House of Representatives supported legislation on Wednesday to also avert a potentially catastrophic rail strike, but the outcome of a different legislative proposal to require paid sick time is still up in the air.

After President Joe Biden warned of the current catastrophic effects of a rail strike that also could start as early as December 9, more than 250 members of the House voted in favour of imposing a tentative contract agreement reached in September on a dozen unions representing 115,000 workers. Voting is still going on. Later on Wednesday, there will be a separate vote on whether or not to mandate seven days of paid sick leave.

US Treasury Secretary Janet Yellen said she “practised and practised” writing the signature that will soon be found on US dollars in order to avoid the illegible scrawls of her predecessors Tim Geithner and Jack Lew. Yellen said on CBS’s Late Show with Stephen Colbert on Wednesday, “I knew this was something you could really screw up, and I wanted to get it right, so I practised and practised.”

A US House panel has access to Trump’s tax returns after a protracted legal battle.

A House of Representatives committee has gained access to Donald Trump’s tax returns after a protracted legal battle with the Republican former president, who has charged the Democratic-led panel with having political motivations. A Treasury Department spokesperson said late on Wednesday in an email that the department had complied with the court’s ruling from the previous week. According to the spokesperson, the committee has not yet had access to the documents. The news was first reported by CNN.

Republicans in the House prepare for a leadership contest as Democrats choose Pelosi’s successor.

While Republicans prepared for a fight over Kevin McCarthy’s bid for speaker, which could leave the chamber without a speaker in early 2023, Democrats smoothly transitioned to a new leader in the US House of Representatives. When the new Congress convenes on Jan. 3, McCarthy, the Republican leader who was nominated for speaker by 188 of his colleagues last month, may struggle to receive the 218 votes necessary because of opposition from a number of ardent conservatives in the House Freedom Caucus. 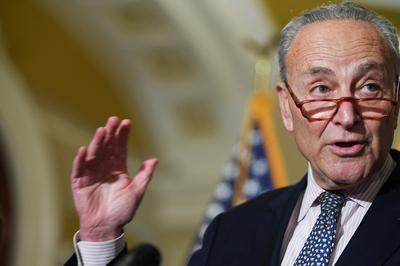 Over American subsidies, Biden and Macron argue during their state visit.

A disagreement over new American subsidies has incensed Europe, despite the fact that US President Joe Biden and French President Emmanuel Macron will celebrate more than 200 years of US-French relations on Thursday. Macron is being hosted by Biden during his first state visit since the inauguration of President Donald Trump in early 2021. A vibrant welcome ceremony and a glittering state dinner are planned by Biden and his wife Jill. 200 live lobsters from Maine will also be flown in.

Biden’s attempt to revive the student debt plan has been rejected by a federal appeals court in the United States.

India's G20 Presidency: A 'Bright Spot On A Dark Horizon'