Yes, when we look at the figures and the trend that has come to be wherein we see mass layoffs as Indian startups are jumping on the bandwagon of a mass exodus of employees, there is still a long way to go.

Apart from geo-political upheavals, the main reason for this trend is attributed to a slowdown in the economy. Even as globally, the word recession has been gaining ground, India’s corporate sector, led by the startup sector, has now joined the elite group of multinational companies that are quick to open the doors for exit to the very employees that were once part of their growth and success story. Before we jump into the facts and what we really think happened here, we may as well sync up on some figures just to get a clear picture of what is transpiring at ground zero.

Now, going by the above points, it is easy to say that the recent and, by all means, just the tip of the iceberg of layoffs undertaken by Indian startups is due to the current unfortunate circumstances that the world and India have been engulfed with.

However, this may be only partially true. We will explore this bit further on in the article. 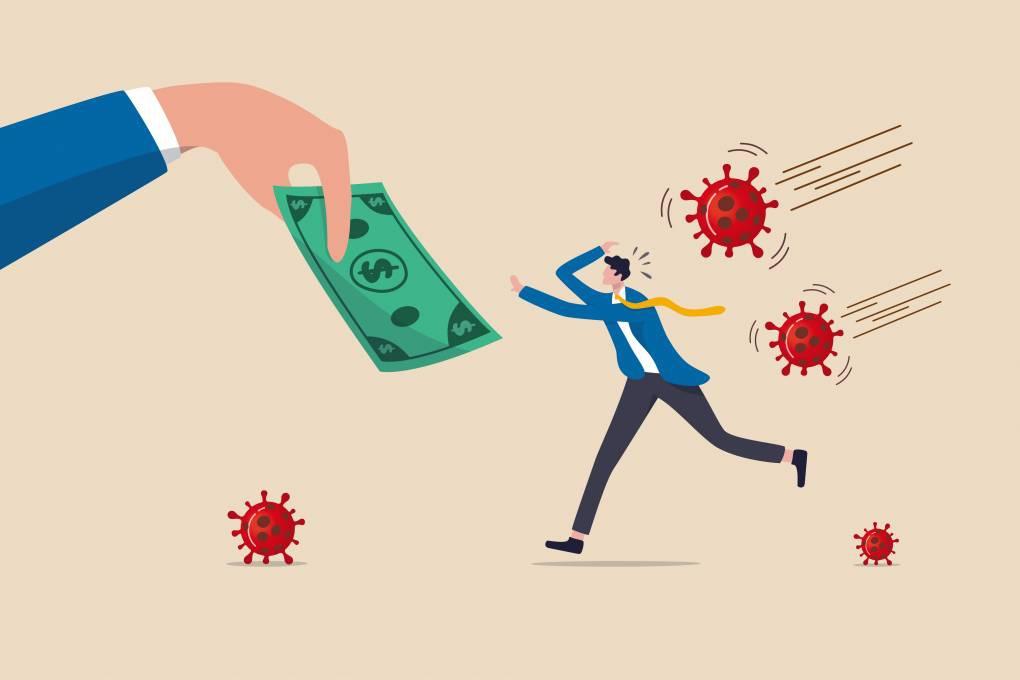 Let us look at startups, the numbers that have led to a mass exodus of employees, and the reasons cited by these companies.

1.HealthifyMe announced it was firing 150 employees due to global recession fears.

Reason: The management admitted that the “tough” decision to let go 15-20% of its staff since, like “all tech firms, growth hasnt kept pace with expectations and hiring”.

Note: The layoffs come a year and a half after the startup raised $75 Mn in a Series C round of funding, having raised $100 Mn to date.

IPO-bound hospitality chain fired 600 employees from tech roles in product and engineering teams. The layoffs came after the company decided to merge the two teams.

Reason: “The downsizing in tech is also happening in teams which were developing pilots and proof of concepts such as in-app gaming, social content curation and patron-facilitated content,” said the company.

Reason: We can confirm that we are ceasing operations of Jeet11 and have reorganized some of our functions, which meant movement of this talent within teams and a few employee exits,”.

Note: The layoffs 19 months after the startup raised $502 Mn in its Series E round, becoming the first social media unicorn.

Note: The layoffs came almost a year after the edtech startup raised $78 Mn in a Series B round led by new investors Rocketship. Vc and Vulcan Capital. Teachmint has raised $118 Mn in total to date.

The layoffs triggered several social media posts from employees that were fired, alleging high spending on social media influencers, non-payment of PF contributions and dues, and non-receipt of relieving letters. Others reported that the startup provided no severance package or job search assistance.

Note: Hirect has raised nearly $15 Mn across several rounds. Incidentally, the startup was reported to have raised $14.6 Mn in its Series A two days after conducting layoffs.

Note: The layoffs at VerSe come just a few months after it raised $805 Mn at a valuation of $5 Bn in April this year.

Note: the layoffs came after Poddar had said Plum would increase its employee count to 1,000 by FY23. The startup’s last funding round was its Series A round worth $15.6 Mn, which saw Tiger Global participate. In all, the startup has raised $20.6 Mn.

10. Edtech Startup Practically Lays Off Employees, Cuts Down Headcount By 190 In Three Months

Note: The layoffs at Practically come a year and a half after it raised $4 Mn in January 2021, after which it could not secure funding, resulting in the layoffs.

Reason: In search of profitability

Note: The layoffs at Udaan happened a week after it raised $120 Mn in debt, having raised $250 Mn in debt in January this year as well.

Note: The move comes seven months after BYJU’S announced raising $800 Mn in a funding round and just weeks after it published its financial report for FY21. The edtech major clocked up INR 4,588 Cr losses, almost 20X higher than FY20.

There are at least 25 more startups more that can be added to this list, and they will be many more that will follow. But herein is the conclusion of what really has made these startups start the firing spree.

The reasons are straightforward and point to how startups in India are entirely side-tracked regarding brass tacks.

Since most startups in India are from the ed-tech sector, they have been stuck in the pandemic days and have not made any changes sooner enough to fit in the post-pandemic world.

2. Excess spending on sales and marketing: Yes, marketing is an essential parameter for any and all business, but when it becomes the only tool to create a buzz in the market just to get enough mileage for the brand without any substance, then yes, unfocused and over budget spending on marketing alone will not save any business in the long run.

3. Cash Burn, Acquisitions: Another trend that Indian startups have followed is unnecessary or not well-thought-out acquisitions of business, even when it is a loss-making buying. Many startups went this route to outdo their rivals or to create an impact in the market. But many also burnt their fingers since it led to unnecessary cash burn and was not an ideal proposition.

4. Cult Following but no Business substance: We are a country wherein cult following is a phenomenon, and when business leaders start to enter this phase, they might get carried away by the accolades and the prestige that comes with being a leader of a Unicorn or startup that has gained enough limelight. But this may not work very well for the business itself as losing focus and deliberation may get lost in the process.

5. Entirely dependent on Funding: There is something far more prestigious about a startup and its founder or leadership that has grown, sustained and made profits without any funding. There are very few startups that have made it bootstrap – Zerodha and Zoho are two such examples.

6. Bloated valuations: Funding and the prospects of future growth potential have made this entire scenario of layoffs one of the biggest reasons.

The future growth potential is like the golden deer that either never gets caught or gets caught, but by then, it is too late.

As a result, Indian startups were and are under pressure, with many having high cash burn and prospects of low profitability.

Since March, the first signs of a slowdown prompted marquee investors such as Sequoia, KKR and Y Combinator to orient the startups in their portfolios on how to survive.

However, this time there was a clear message in common across all investors: cut costs and increase runway.

Having been handheld and blindfolded for so long only to realize the truth of stark funding days and the bitter truth which has triggered a string of time bombs where many of these startups seem to have interpreted this cautioning as a license to fire people as a “cost-cutting exercise”, disrupting thousands of livelihoods in the process.

So yes, It is Karma biting back indeed for startups in India.