Business news:India set an ambitious target of $400 billion of goods exports and achieves this target for the first time ever. I congratulate our farmers, weavers, MSMEs, manufacturers, exporters for this success. This is a key milestone in our Aatmanirbhar Bharat journey,” Prime Minister Narendra Modi tweeted on Wednesday. For the current financial year, India had set a $650 billion exports target. Out of $650 billion, the target for services exports was $250 billion.

In the April-December period the figure stood at about $300 billion. “In December alone we touched $37 billion goods exports despite the Omicron fear factor weighing high. This month, in 15 days till January 15, we have reached $16 billion,” commerce and industry minister Piyush Goyal said in January.

India has frozen plans to allow local firms to list overseas as it seeks to bolster its own capital markets, government officials and industry sources said, in a blow to foreign funds and stock exchanges seeking to tap into the country’s tech boom.

New Delhi’s decision marks a sudden reversal in policy after officials said late last year that the new rules for overseas listings would be announced in February.

Three senior government officials with direct knowledge of the decision told Reuters the plan had been put on hold as India believes there is enough depth in local capital markets for firms to raise funds and get good valuations. They declined to be named as the move has not been made public.

According to sources, the investigating team is in the process of seizing financial documents. The team is scanning the ledger accounts and looking into business transactions of the last three to four years. Statements of those present at the place where searches are being conducted will be recorded. The Income Tax Department is conducting raids on multiple premises of Hero Motorcorp as part of a tax evasion investigation, officials said Wednesday morning. Searches are being conducted on 25 premises, according to news.

India’s First Husband And Wife To Each Have A Unicorn:Top business news

Matrix Partners and Creation Investments also invested in Oxyzo in what is one of the largest Series A rounds in India’s startup industry.

Oxyzo founded in 2017 uses technology to crunch data and provide purchase financing to businesses, giving out cash-flow based loans in a credit-starved country where small and medium businesses struggle to get working capital.

Kalra, 38, and Mohapatra, 41, are alums of Indian Institute of Technology and met while working at McKinsey & Co. Both startups are profitable, an unusual feat for young growth companies. Kalra is the chief executive officer of Oxyzo while Mohapatra is the CEO at OfBusiness.

Matrix Partners and Creation Investments also invested in Oxyzo in what is one of the largest Series A rounds in India’s startup industry.

Key triggers that can bring 20% upside to this Jhunjhunwala stock:Business News

Motilal Oswal Securities had last week initiated coverage on the stock with a target of Rs 750. The fresh target by ICICIDirect is still below Rs 900, at which its IPO shares were issued in December last year. 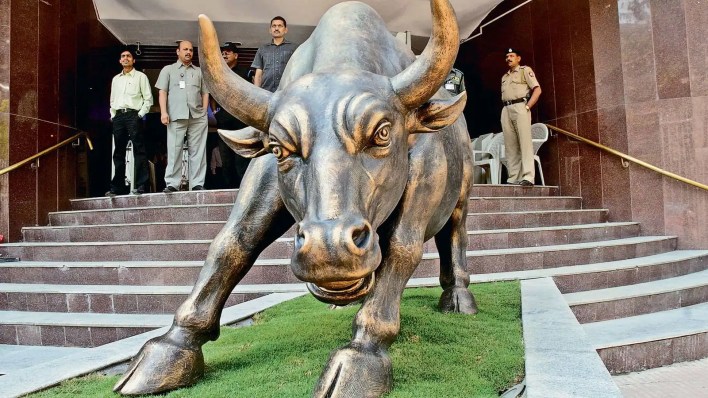 Rekha and Rakesh Jhunuhnwala held a 17.51 per cent stake in the standalone health insurer as of December 31.

HDFC, Kotak Bank, Bharti Airtel, Cipla, Britannia, Sun Pharma, Maruti, and Bajaj Auto were the major drags today, falling between 1.5 per cent and 2.4 per cent. On the contrary, Divis Labs, Hindalco, Dr Reddy’s Labs, and Tata Steel rose over 2 per cent each.
In the broader markets, the BSE MidCap index closed 0.4 per cent higher while the BSE SmallCap index slipped 0.2 per cent.
Among individual shares, One97 Communications, the parent company of digital payments major Paytm, hit a new low of Rs 520, down over 4 per cent on the BSE in Wednesday’s intra-day trade. The stock fell despite the company’s clarifications to exchanges that its business fundamentals remain robust.

Is the West's impotence a reason of the Ukraine war 2022?