Why Is the Indian Edtech Market Under Heavy Loss in 2022?

BYJU, a leading name in Indian edtech, recently let go of 500 employees. Similar to Unacademy, Vedantu, and Whitehat Jr., several well-known Edtech companies have given pink slips to hundreds of their employees in the most recent Edtech crisis.
Is the Indian market for educational technology really nearing its end? What are the causes, and when did it start to crash? Which of the brands will survive the situation?

EdTech will grow at a 15.3 per cent compound annual growth rate over the next seven years, virtually tripling its current size to reach over 200 billion by 2027. This market expansion can be attributed to a growing understanding of the benefits of edtech, especially in light of the ongoing COVID-19 pandemic.

When computer gear and/or software are incorporated into the educational sector to facilitate learning, this is known as e-learning or EdTech. This broad concept includes everything from language learning apps for smartphones to Zoom classes.

EdTech in the classroom can take the form of interactive whiteboards, projectors, tablets for taking digital notes, and student response systems. Of course, there are more situations, but these are just a handful to help you understand how EdTech functions.

Technology should be designed to aid in students’ assimilation of the information being taught to them.

The internet will develop over time to become fast, more accessible, and less interrupted. Edtech will advance as long as smart devices rule the online world. 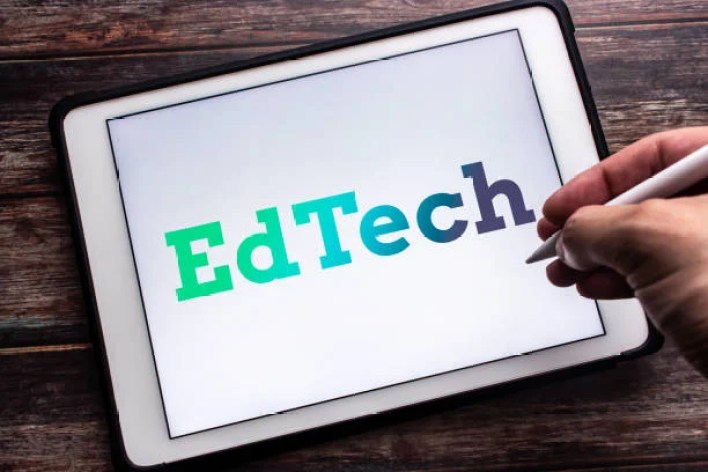 The Birth of the Indian Edtech Market

In India educational system has included coaching centres for a very long period. This business has come a long way from the tiny tuition classes with 5-10 students to the large coaching institutes with hundreds of students.

Most often, it is thought that the development and widespread use of these coachings are caused by the school curriculum’s incapacity to properly prepare students for competitive tests and the dearth of well-trained teaching staff.

Whatever the cause, the fact is that coaching facilities are now a key component of the Indian educational system.

To prepare students for many tests, these coaching institutes charge large fees—in some cases, even higher than the annual cost of attendance at the school. For the benefit of the students, they provide lectures, reading materials, question banks, exam series, and even housing options.

See also  Has EV industry found a lasting solution for its scooters?

Several places have become coaching hotspots for many exams, including Kota for IIT-JEE tutoring and Rajendra Nagar in Delhi for UPSC coaching.

Online coaching centres entered the scene due to the introduction of new technology. These Edtech enterprises have a major financial edge over traditional coaching facilities.
They provided the students with the same course as the offline coaching centre but at a major reduced cost. It was because this corporation needed less money to operate.

In addition, these coaching centres must manage their promotion through billboards, seminars, etc., which drives up their operating costs even more. In the end, the students are responsible for covering these costs due to the costly tuition levied by these institutions.

On the other hand, the online coaching centres are not needed to invest in additional infrastructure, personnel, or facilities. All they need are a few instructors who would record the lectures for them according to the subject.

Therefore, even the teachers had to be paid once rather than on a regular monthly basis. To arrange sessions for students to clear up their doubts, these businesses employ lecturers on a profit-sharing basis.

As a result, their operating costs decreased significantly. Additionally, digital marketing channels like YouTube or Instagram were more affordable when these businesses first began. As a result, they could reduce their marketing and advertising expenses.

However, this market did not experience major growth until 2017, when “Jio” entered the Indian telecommunications sector due to the skyrocketing internet costs. Jio completely changed how the Indian coaching sector operated with its incredibly cheap internet connection.

Growth of the Edtech Industry in India

This resulted in the growth of digital coaching establishments in India due to the accessibility of affordable internet connections. These institutions’ target audiences were not limited to a single region or city. Actually, they could approach any student in the nation.

Additionally, they provide students with individualised or topic-specific courses using pre-recorded lectures. A student was not needed to pay for other subjects if all they intended to study was physics. As a result, the Edtech market initially had a very low working capital requirement and was a high-profit margin enterprise with limitless growth potential.

Due to all these benefits, many investors approached these businesses with billion-dollar funding, turning many of them became unicorns.

The twist is that since there was a low barrier to entry for launching an edtech business, the level of competition started to rise. Making courses was inexpensive, and selling them was simple. Numerous others were enticed to enter the field by this.

Other changes in the digital industry followed this unexpected rise in competitiveness. The cost per conversion grew significantly due to the increase in identical product marketing.

Due to the narrowing of the profit margin between investment and profit, this mainly increased the cost of investment in the Edtech industry. Most of these businesses suffered losses as a result of this. 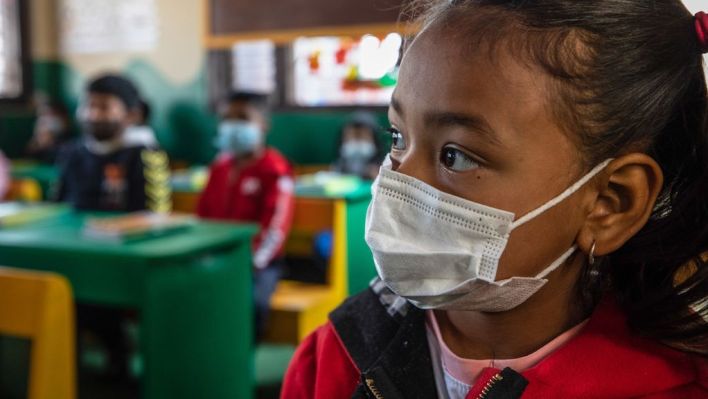 Pandemic’s Impact on the Edtech Market

Even though COVID-19 rocked the world and presented many challenges for the entire human race, Indian Edtech companies benefited greatly from this epidemic.

In 2020, the Edtech sector experienced a rise due to the closure of schools and offline coaching facilities. The edtech companies took advantage of this as a chance to introduce customers to online learning.

As a result, they hired more workers and raised more money for themselves while providing additional discounts, free sessions, and other free services to the clients.

Since all students were taking classes online at the time, these businesses expended all of their effort and resources to grow the Edtech sector.

Right now, the Edtech industry has taken off in ways no one could have predicted, attracting new competitors.

The Battle of Edtech Companies After the Pandemic

Schools, training facilities, and other institutions began to reopen as the pandemic started to fade away by the end of 2021 or the beginning of 2022. The resources obtained by the Edtech businesses were no longer required when the students returned to their different institutes.

The kids continued to participate in their offline activities, choosing a real classroom over a virtual one. This caused the Edtech sector in India to collapse severely.

Finally, the businesses started to experience major losses and were forced to let go of excess personnel, including the sales team and teachers. But is this Edtech crash actually happening?

Sadly, the reply is in the affirmative. Therefore, the following query arises: Who will endure it? We must be aware of everyone involved in this conflict to find a solution. 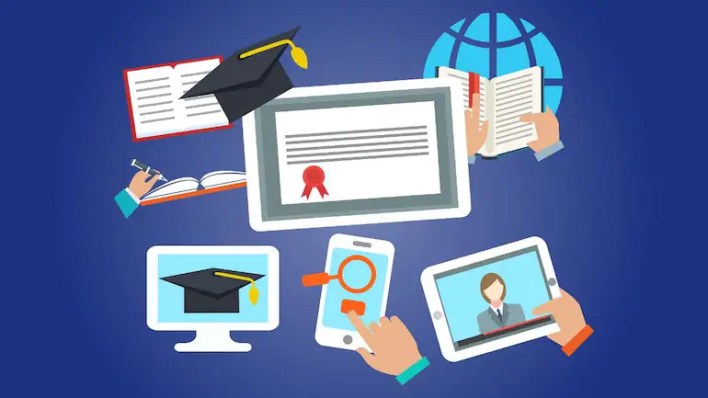 Who Will Survive the Edtech Race?

The Edtech market has three different sorts of participants. Super-brands like BYJU’s, Unacademy, and others come first. Customers highly value and regard the names and reputations that these businesses have established in the industry.

Second, there are businesses with substantial capital, helping them market and advertise their goods more successfully.

Personal brands like Study IQ, Physics Wallah, etc., come third. These are the companies whose brands have developed naturally due to their content rather than marketing. These players dominate the market and are the most successful.

The high-funding companies are the first to drop out of the competition among the three categories. Even when these businesses successfully draw customers through their marketing, the absence of content and inability to deliver results undermine customer trust. Due to early client defection brought on by this, these businesses suffer huge losses.

Undoubtedly, the top brands have established an unbeatable reputation in the industry and gained trust through their offerings. As a result, it is anticipated that they will continue to operate in the sector, albeit at a loss. The top competitors in the game, though, will always be personal brands. They will always be profitable, and if they continue in the correct direction, they may someday surpass the major brands in size.

They stand out from the competition regarding the brand value, which explains this. It sets them apart from the Edtech market’s commodity state. The least chance of collapse exists because they attained this position thanks to their high-quality content and client loyalty.

Additionally, they have fantastic avenues for dissemination, with their customers serving as the source of their PR. Their acquisition expenses are extremely minimal because they can connect students without even running any advertisements. They can operate without even finance, giving them an advantage over their rivals.

India’s Edtech market is now suffering from major losses. The sector is in dire straights and is experiencing a major crisis. The reopening of educational institutions like colleges and offline coaching facilities is the cause of this.
However, just like any other market, the top competitors who have earned the trust of their customers and developed a solid reputation will always be able to maintain a successful operation despite ups and downs.