It never rains, but it pours. And when retail investors or venture capitalists engage in any cryptocurrency business, the situation is never calm.

The market capitalisation of cryptocurrencies has fallen below $1 Tn over the last eight months, wiping out $2 Tn in investor funds. Popular cryptocurrencies like bitcoin and ether were unable to resist the downward pressure. Although it dropped from $70K in November 2021 to $17.6K in June 2022, Bitcoin still managed to achieve $22K. On June 18, Ether, an Ethereum network cryptocurrency, fell below its crucial support level of $1000, from $1,076 to $986 in less than two hours.

It was all about creating an ecosystem-wide chain reaction. Following the collapse of TerraUSD/UST, an algorithmic stablecoin, and its sibling currency LUNA, every block functioned simultaneously. Some cryptocurrency companies and funds, including Coinbase-backed Vauld, Three Arrows Capital, and Voyager Digital, have failed as values have fallen. Do you consider this a brutal comedown?

Think again. The situation became murkier a few days ago when Binance, the largest cryptocurrency exchange in the world, denied completing its acquisition of WazirX, once the face of the Indian cryptocurrency exchanges. Who owns WazirX has not yet been resolved as the corporation retaliated and a tweet war broke up. Interestingly, the unrest started after the ED recently cracked down on WazirX.

If the VC community tightened its purse strings earlier because a financing winter was starting, they must be baffled now. There has been a delay in delivering on financing commitments made following the crisis.

According to two Indian firms in the cryptocurrency industry that spoke with Inc42, the deals were at least two months late; therefore, they could not finalise the funding at this time.

Would the current scenario, a severe circumstance concerning adherence to the law of the land, worsen the situation? Or has the funding halt already compelled VCs to alter their approach to investing?

To grasp their viewpoint on the cryptocurrency winter, the market turbulence, and the latest taxes imposed on cryptocurrency earnings that may impede the transactions and growth of cryptocurrency firms, Inc42 has spoken to many VC. 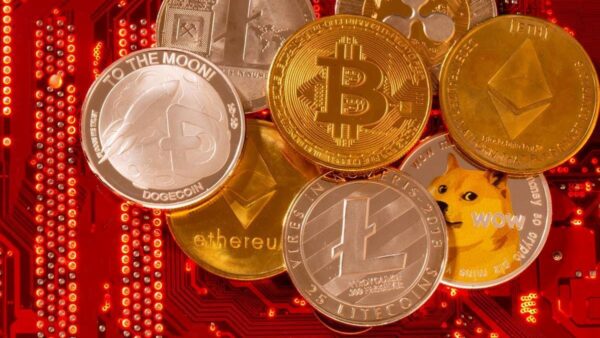 The Crypto Winter In India: Cyclical Or Crisis-Driven?

Despite a volatile market, VC financing for cryptocurrency businesses has not decreased globally. Investing in venture capital in this field reached $17.9 billion by July of this year, according to a J.P. Morgan estimate, and is expected to surpass the last high of $29.4 billion in 2021.

One of the most intriguing trends we have seen in recent quarters has been the record pace of VC investment into startups in the crypto and blockchain industries. While many of the ‘traditional sectors’, including software and pharma & biotech, continued to represent the majority of VC investment activity in 2022,” Steven Alexopoulos, an analyst at J.P. Morgan, wrote in a note.

Vatsal Kanakiya, the chief technical officer at 100X. VC explained why there was an investment frenzy despite the unstable market.

“The market is naturally cyclical, and downturns are inevitable along the way. With Andreessen Horowitz (a16z) launching a $4.5 Bn fund in addition to a $600 Mn gaming fund, the market has a lot of dry powder. Additional contributions include those from Union Square Ventures ($625 million) and Dragonfly Capital ($650 million), as well as $2 billion for Sequoia India and $275 million for Lightspeed India. Each of them has a sizable emphasis on Web3,” he said.

The VC opinion is supported by looking at India’s cryptocurrency and blockchain funding. A total of $513 Mn was invested in 32 crypto/Web3 deals in 2021, according to Inc42 statistics. The momentum was greater in H1 2022, though, totalling more than $773 Mn over 39 agreements.

As more founders are attracted to the VC’s goals and approach, the number of funding pitches has increased compared to last year. “We are witnessing no slowdown from founders, and we intend to match their speed of innovation,” said Kanakiya.

“We are continuously reviewing and investing in Web3 startups at 100X. For us, nothing has changed. Cycles may come and go, but our goal is to identify and invest in businesses that will endure for many years. We have earlier invested in businesses like Strive. Social and Deefy offer the first-ever collateral-less payment infrastructure that helps users to rent, borrow, and BNPL on NFTs (a marketplace for NFT fractionalisation). We made a few covert investments.”

The VC company wrote a check for INR 1.25 Cr for each of the eight Indian Web3 firms it invested in. 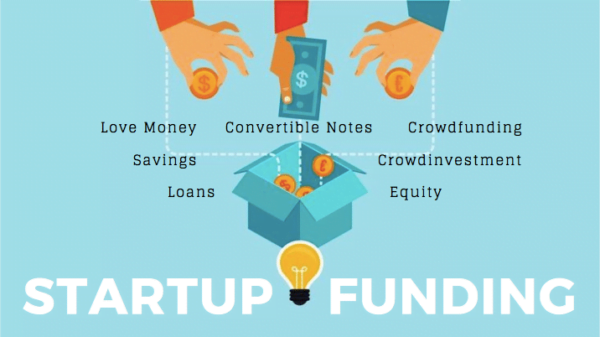 According to several industry stakeholders, the “downturn” in 2022 will be “different” from prior collapses. When a stablecoin becomes unstable, it becomes more than just a bubble collapse, according to an Indian-origin crypto investor in California who formerly oversaw an index fund.

Indian cryptocurrency firms are feeling the chill since it has become harder to raise financing, and funding arrangements are taking much too long. The rapid adoption of Web3 and the metaverse in the global digital environment has opened up many prospects beyond digital tokens and their use cases, which could be one explanation for this.

The challenges crypto players face have been exacerbated by strict taxes (more on that later) and unpredictability around Indian crypto rules. Some people view this as a symptom of the teething issue because India’s crypto business is still in its infancy, and short-term volatility is expected.

On the other hand, many industry participants predict bleak times and a likely decline in valuation for VC-funded enterprises. But, analysts expect the influence to be more evident from Series A onwards than at angel or seed rounds.

Cypher Capital is one of the victims of the crypto winter. The Dubai-based venture capital firm has drastically reduced its activities after making more than 100 investments from its Fund 1, dubbed Phoenix VC and more than 16 investments from the Cypher Capital fund. Vineet Budki, managing partner and CEO of Cypher Capital, stated that” the crypto winter has undoubtedly decreased investors’ desire to make risky bets. Due to this, the number of deals every month has dropped from the last double-digit level to 4-6. We have sharpened our focus and only consider businesses with strong teams, sound business plans, and realistic timelines.”

The ticket amount for investments made by Cypher ranges from $250K to $1Mn, and the company typically co-invests with others rather than making the investments alone. The most prominent of its India investments include Matterless, Finblox, Rainfall, MetaOne, and Astra Protocol, among others. Before this fundraising, famous cryptocurrency startups like Casper Labs, Torus, Splinterlands, Fractal, Poolz, Paid Network, SingularityDao, and more received funding. Lead investors encouraged two of the three crypto firms in the funding competition to proceed cautiously with capital raising, according to interviews with Inc42. One of the founders stated, “They initially agreed to conclude the deal in July, without revealing the investors. But as of the right moment, they promise to sign the check by the end of August or September.

Experts, though, think that things could get worse even. According to David Nage, a VC portfolio manager at Arca, a US-based company that manages digital assets, acquisitions are taking significantly longer to conclude, and company valuations are declining due to the (crypto) downturn.

“Some VCs are investing money when the environment is favourable to investors. There’s been this sort of viral conversation that valuations will drop even further around September, and it’s just going to be a frenzy,” he continued. 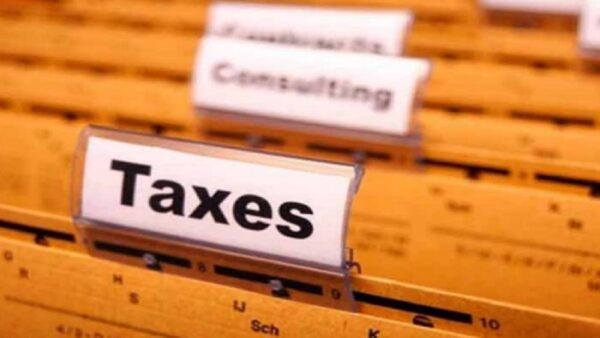 The Indian government issued many tax laws in March 2022, which caused shock and disappointment, particularly among individual investors.

• Profits from cryptocurrency trades would be subject to a 30% tax.

• Crypto investors could not use tax benefits to offset gains from one coin against losses from another.

• Starting in July 2022, 1% TDS will be taken off all cryptocurrency transactions.
But have these impacted VC interest and compelled them to defer their India funding plans?

Cypher Capital’s Budki disagreed. “As long-term institutional investors, we fund projects that are raising venture capital far in advance of their IPO. It can take these firms anything between six months and three years to go public and offer multiples. Therefore, taxation is irrelevant.”

He claims that the market conditions right now are cyclical and have been before. So, nothing new about this. “With 300 million wallets or 3% of the world’s population, we are pioneers in the cryptocurrency sector. The rise of cryptocurrency is still 4 to 10 years away,” he said.

“When we make investments from the present fund, we have a 3-5 year time horizon in mind. Since tokens are extremely liquid assets, after they have reached their peak valuations, we record profits and continue to hold onto these digital assets as we think other sub-sectors and firms haven’t even launched yet,” according to Budki.

Similarly, 100X.VC thought. “We are here to support the companies as partners and long-term investors. Web3 is a space where you must play for the long haul by default. To generate considerable wealth, we are considering a 7–10 year timeframe. Over time, exits will occur through IPOs, acquisitions, and token sales. But value creation comes first,” said Kanakiya.

In the opinion of other funding experts, venture capital’s long-term investment plans have not been impacted by tax restrictions. It will eventually disappear, just like the angel tax did. We anticipate the immediate effects, but the government is clever enough to make choices that will advance the sector, according to one angel investor who wished to remain anonymous.

However, not everyone is as upbeat. Retail interest has dramatically decreased due to the new tax rules, which may not bode well for institutional investors and cryptocurrency firms. India has about 25 million retail users, and most funding occurred due to the country’s intense public interest in the digital asset market. According to experts, the financial boom might not last unless interest and growth pick up.

The 1% TDS has only recently gone into force; therefore, it will take some time to see how it will affect cryptocurrency firms. Things To Stabilise, But Performance Will Matter Most

A significant buildout or high yields may not be feasible at this time, even though VCs and industry insiders anticipate more funding and acquisitions in H2 2022. Due to FOMO, financing firms won’t run after every cryptocurrency startup in space. If the crypto winter persists, startup profitability will be the main factor determining growth in this market.

Although the implications of the new tax regime are still unclear, Ken Li, executive director of Binance Labs, said, “Our general perspective is that at the stage we invest, the most important quality is the long-termism of the founders and their talent and tenacity. Great founders can succeed regardless of any externalities.”

“The road for crypto in India looks slow and murky in the near term,” said Khaleelulla Baig, cofounder and CEO of Singapore-based crypto investment platform Koinbasket.
“On the other hand, the crypto tsunami propelled by public opinion may eventually force the government to adopt a dovish posture. I believe that within the next five years, the cryptocurrency market will reach a total market cap of $10 trillion, drawing investors from India. Things will stabilise within the next two years, and solid cryptocurrency projects will hit new highs,” Baig added.

In the second half of 2022, the cryptocurrency market will remain largely range-bound as it enters a consolidation phase. He added that the G7 nations will provide more regulatory certainty in this area and that economically developing nations will use more technologies.

Armed service members must ensure their financial situation allows them to live well in retirement.