Despite considerable discounts, Zomato is gaining market share from Swiggy.

In contrast, the research company pointed out that Zomato reported a gross order volume for its food delivery vertical in the first half of the fiscal year 2022–23 of $1.6 Bn (INR 13,000 Cr) (FY23).

“During this time, Zomato grew by 55% while Swiggy rose by 40%… According to a survey by Jefferies, Zomato averaged a 55% share, which is, in our opinion, the highest share for the company.

Swiggy’s losses throughout the period under analysis were six times more than Zomato’s solo losses, according to the report. According to Jefferies, Zomato’s standalone loss for the first half of the current fiscal year was around $50 million (INR 410 crore), while the losses for the Bengaluru-based company were “much larger” at roughly $315 million (INR 2,570 crore). 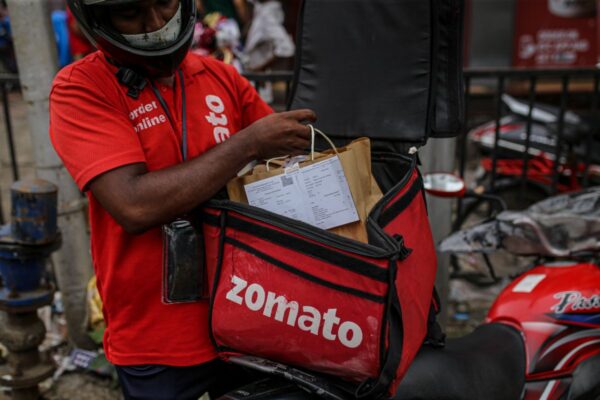 The article stated that even after accounting for the $120 Mn (INR 980 Cr) losses of its quick-commerce company Blinkit, Zomato’s total loss was $170 Mn (INR 1,390 Cr).”Zomato has newly enhanced its performance, with a recent quarter loss of just over INR 204 crore.”

The Gurugram-based food tech giant reduced its consolidated loss from INR 434.9 Cr in the same quarter last fiscal year to INR 250.8 Cr in the third quarter of FY23. Additionally, operating revenue increased 62% YoY to INR 1,661.3 Cr in Q2 FY23 during the reviewed period.

Another comparison was made by the research firm, which observed that Swiggy’s rapid commerce subsidiary Instamart had declared a gross merchandise value of INR 2,100 Cr in the first half of the current fiscal year despite rising 15X year-over-year (YoY).

While rising to a GMV of INR 2,205 Cr during the review period, Zomato’s Blinkit increased at an “amazing speed,” according to Jefferies. The “greater purchase -in” from customers was quoted as the reason for the growth figures.

In a statement, Jefferies noted that Zomato’s market share had reached a record high in the first quarter of FY23 and that “we see a strong case for Swiggy dropping its aggressive stance in food delivery in a bid to reduce its losses, and in the case that does not eventuate, Zomato may be reported to cause to increase its violence to drive growth.” 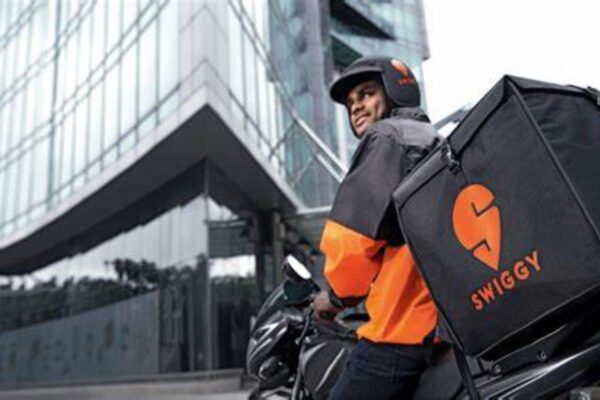 Just a day prior, Proses released its half-yearly report, which stated that the tech investor had lost roughly $105 Mn as a result of its ownership of Swiggy. This was primarily due to losses incurred by its Instamart rapid commerce division.

However, with 90–95% of the market share for meal delivery, Zomato and Swiggy effectively operate in a duopoly. As a result, the two firms are engaged in a fierce struggle for control of the extremely profitable and competitive market.

While their quick-commerce endeavours have burned up a lot of cash, there is no apparent path to profitability for them, and the impact of inflation on sales has made problems worse for them.

The two players have also come under fire from restaurant groups, who have demanded a boycott of the food tech industry due to what they claim is their predatory tactics. The Competition Commission of India (CCI) has opened an antitrust case against the two companies as a result of the fallout.

The two players are still mired in losses, despite their significant investments in growing their consumer base. Swiggy has acquired several significant businesses, including Dineout, 48East, and SuprDaily. To draw in new clients and boost its bottom line, it has also released a series of additional services, such as Swiggy Dineout.

To compete directly with Swiggy, Zomato has recently gone into overdrive to purchase and provide new offerings. It ended the contentious acquisition of Blinkit earlier this year. Following that, it introduced its intercity meal delivery program, which allows its users to place food orders with well-known eateries located in many states.

To get more attention and gain more customers, it has also cast its dining discount program, Zomato Pay, and food-themed carnival Zomaland.

There have been some bumps in the road. Swiggy has needed to seek significant funds to maintain its rapid expansion. It received $700 million in investment earlier this year, tripling its valuation to $10.6 million and becoming a decacorn. The big food tech company situated in Bengaluru has raised a total of $3.6 Billion in funding so far.

On the other hand, Zomato, which went public last year, has had a turbulent year on the stock exchanges despite experiencing some early gains.

Zomato’s market capitalization was INR 1 Lakh Cr when it went public in 2021, but it is now only worth INR 54,004 Cr. Since the market reached a record high of INR 161.25 in November of last year, the market’s volatility has destroyed nearly 60% of investor capital.

However, the lucrative Indian internet meal delivery sector, which was most recently estimated to be worth $2.9 Billion in 2020, is at risk. By 2025, this industry is probably going to surpass the $13 billion threshold.

Among Zomato and Swiggy, who is the winner? According to Ambit, Zomato stock has a 50% potential increase. 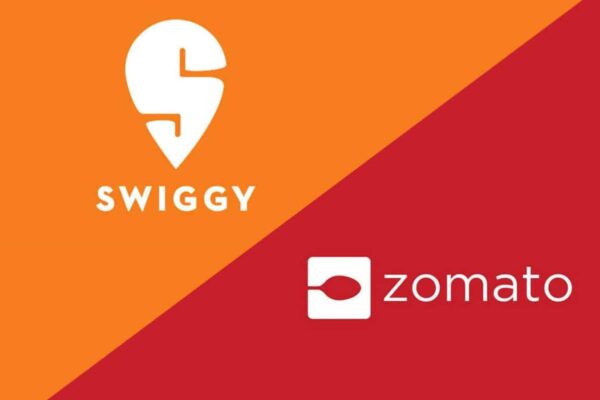 Zomato outpaced Swiggy, which had a gross merchandise value (GMV) of 40% in the first half of the year (H1 CY22), with a GMV of 56% for food ordering. According to calculations by stockbroker Ambit, Zomato had a roughly 55% market share over Swiggy in terms of online food ordering.

Given that Swiggy must walk a tightrope between maintaining market share and boosting profitability, a major increase in competitive intensity seems less plausible. As a result, Zomato’s contribution margin improved by 170 bps QoQ to 4.5% in the second quarter.

“While we continue to be sceptical about rapid commerce, Zomato’s meal delivery service has a long runway and a clear path to profitability,” said the note.

Zomato shares have a Buy rating from brokerage and research firm Ambit with a target price of 94 per share, representing a potential gain of more than 50% from the current stock price. Though Blinkit will push back overall entity profitability to FY27E, it anticipates Zomato’s (formerly Blinkit) business to become profitable in FY25E.

Zomato has fewer restaurants than other comparison sites but more delivery agents. In 2QFY23, Zomato GMV growth slowed to 23% YoY from 56% in 1HCY22. Therefore, it would be crucial to keep an eye on Prosus’ upcoming disclosure to see if Swiggy has narrowed the market share gap or the market has levelled off, said the brokerage.

Swiggy’s market share is expected to decline, according to Proses, which estimates Zomato’s food delivery share at c.55% in 1HCY22. Global stockbroker Jefferies believes this to be Zomato’s largest market share.

To reduce losses, we think there is a strong case for Swiggy to give up its aggressive approach to food delivery. If that doesn’t happen, Zomato might be encouraged to increase its aggression to promote growth, according to Jefferies.

Zomato might create a Pro membership option if Swiggy continues to be aggressive about discounts and its main program, Swiggy One. We need to monitor the situation since newsflow is anticipated to pick up in the upcoming weeks. “It was awful.