High debt levels and a small investor base, two of its most common charges thrown against the expanding empire of Indian tycoon Gautam Adani, will be addressed by the company’s ambition to grow at least $5 bn in stock.

This scale of an equity infusion is expected to aid the conglomerate in deleveraging, and Bloomberg Intelligence expects a successful stock raise across the board, supporting the dollar bonds of the companies. The billionaire is attempting to establish his credibility in the face of concerns over his group’s rapid growth from a conventional port manager to a vast empire with media, cement, and green energy holdings, which opponents claim has increased debt and financial complexity. Adani may increase debt ratios, diversify his investor base, increase stock liquidity, and prompt greater expert exposure for a company with this financing in one fell swoop. This is remarkable, given the outsized stock gains, as the conglomerate has received relatively little analyst coverage.

The Adani Group’s fundraising efforts, according to Sanjiv Bhasin, Head at Mumbai-based broker IIFL Markets Ltd., are encouraging the doubters. He is starting a new fund campaign to increase the group’s credibility and relieve investors’ concerns.

But there are also concerns about the types of investors Adani would be able to draw in and whether they will be convinced to invest at the absurdly high prices his units trade for. The Adani Group chose not to respond. The 60-year-old’s aspirations coincide with his efforts to redefine himself on a global scale. Adani has failed to shake the idea that backing from Indian Prime Minister Narendra Modi was a factor in his stratospheric rise, despite amassing more billions in wealth this year than any other entrepreneur.

Legislators have asked for an investigation of a few of the group’s shareholders after research company CreditSights brought attention to the group’s “elevated” leverage in September. “There are many concerns with opacity, disclosure gaps, and valuations. However, the situation is more complicated since firms will expand if India does, according to Vikas Pershad, a financial adviser at M&G Investment (Singapore) Pte. They are in the proper situation at the perfect time. Adani Enterprises Ltd.’s board will meet on Friday to consider potential fundraising strategies. Adani Enterprises is valued at more than 160 times its projected annual earnings. Based on market valuation, Reliance Industries Ltd., the largest company in India, is at approximately 21 times, according to statistics gathered by Bloomberg.

Mohit Nigam, a financial adviser with Hem Securities Company, limited in Jaipur, said that because the majority of Adani equities are highly valued, investors should exercise caution while opening new positions. Additionally, how they manage their debt moving ahead will be necessary.

Testing Appetite Adani Enterprises, included in India’s central Nifty 50 in September, is expected to attract a handful of passive funds with its share offering. However, Alice Wang, a chief investment officer at Quaero Capital in London, believes that increasing the number of strategic or inactive investors is unlikely to enhance liquidity. She believes that the company’s free float is likely closer to 10% than the previously announced 27%. 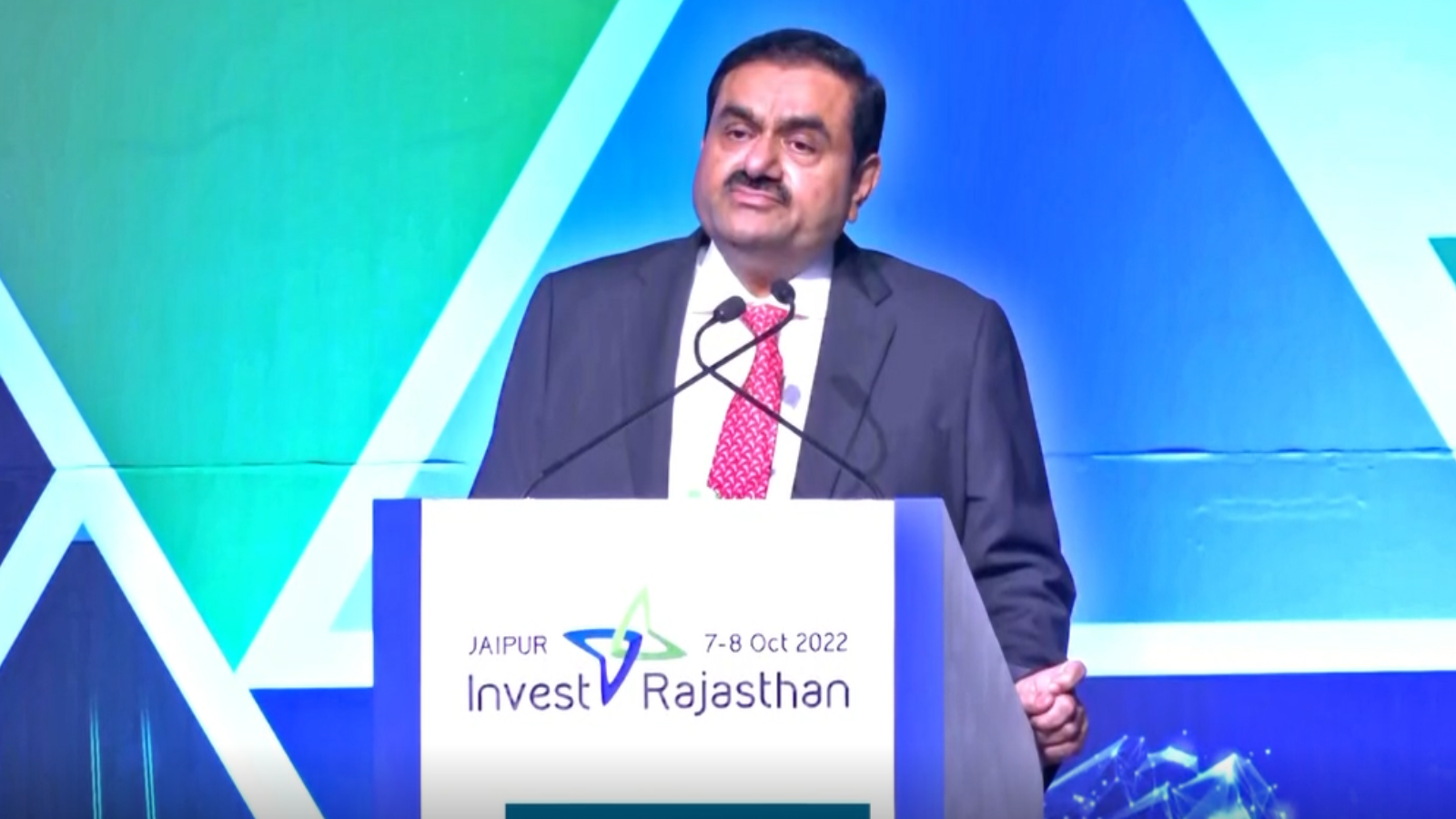 Wang remarked that it would be unfortunate if the same important holders took part. Pressure It’s a fait accompli for the banks, but the verdict is still out for the stockholders because this might address their difficulties with putting pressure on their share price.

A successful outcome for the businessman would be to accomplish something akin to what colleague Indian billionaire Mukesh Ambani did in 2020 when he sold stakes in Reliance Industries to foreign investors like Meta Platforms Inc. & Google’s parent company, Alphabet Inc., to raise more than $27 billion. As the company expands into new industries, Anish Teli, managing partner of QED Capital Advisors LLP in Mumbai, predicted that Adani’s anticipated asking price would be the first of many.

According to Teli, the current plans will “test investor interest in the stock” and “clear the road for additional capital offerings from institutional investors.” The group is involved in a number of cash-strapped ventures with protracted gestation periods that may require further funding.

Plans for equity financing are part of the Adani group’s traditional capital management approach, which was put in place in 2019. The Qatar Investment Agency and the International Holding Co., based in Abu Dhabi, have already invested in the Indian company through this scheme. According to one of the people, the fundraising would start with Adani Industries and has nothing to do with the group’s plans to raise debt. Representatives from the Adani Group, Mubadala, and ADIA declined to comment. By enhancing the liquidity of the shares of the companies and the group’s debt ratios, this magnitude of equity raise would solve two of the ports-to-power conglomerate’s most frequent criticisms. The research firm CreditSights discovered the “elevated” leverage of the Adani Group in September. In a furious response to the information, the conglomerate referred to the leverage ratios of its businesses as “healthy.”

Another Indian billionaire, Mukesh Ambani, sold shares in his company Reliance Industries Ltd. to raise over $27 billion from overseas investors in 2020. Adani’s potential move is comparable to that one.

What was said at the meeting by Adani Enterprises?

The business announced that its board would convene in Ahmedabad to discuss raising money through a second public offering, a preferential allocation, a qualified institutions placement, or any other legal means.

Why is this advancement significant? This event is significant because the Adani Group has come under fire for being excessively indebted, despite the fact that shares of its group firms have increased dramatically, and Adani himself has seen his net worth soar, making himself the second richest person. A Bloomberg story claims that Gautam Adani is trying to court sovereign wealth funds to raise about $5 bn in stock across his big corporate empire and lower leverage.

According to Bloomberg, flagship company Adani Enterprises Limited is thinking of issuing between $1.8 billion and $2.4 billion in new shares as early as next year.

The money earned from the possible Adani Enterprises Limited share issuance may be included in the $5 bn to $10 bn plan. The Private Equity Authority & Abu Dhabi-based Global Holding Company have already invested in the company under this initiative, which the Adani group refers to as its methodical capital management plan, which has been in existence since 2019. Adani Enterprises will be the first to participate in the fundraising, independent of the group’s intentions to raise debt.

Zomato is gaining market share from Swiggy; despite heavy discounts