The public sector in India is infamous for its lethargic bureaucracy, lack of innovation, poor performance record and the like. It’s no secret that the country’s public sector enterprise is in a black hole, and steps like privatizing or monetizing assets come off as rather necessary than voluntary. 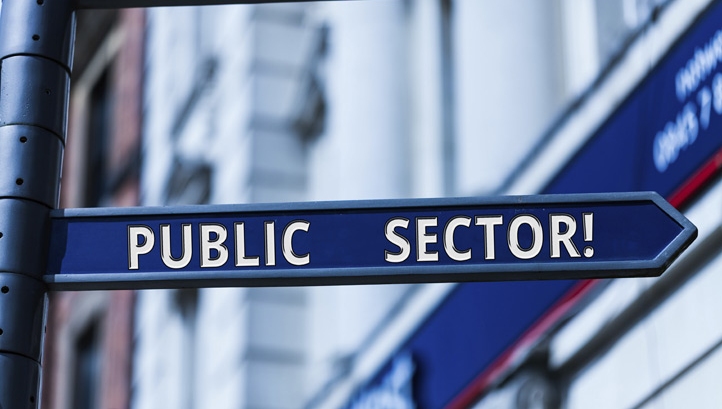 The Modi government’s policies with respect to the public sector ahs been those of minimum intervention, along with the free flow of trickle-down economics. While the working of the trickle-down for the poor is a whole new debate on its own, let’s restrict ourselves to the public sector enterprise today. After all, as we see more assets getting handed off to the private sector, even though for necessary reasons, the public sector of the country deserves a look back as to where we started and how we got lost along the way.

This takes us back to where it all started, how different its trajectory was supposed to be, and how we went wrong in the middle. Allow me to trace that path for you.

As development scholars like to explain, the major parameter of distinction between advanced and developing countries’ public systems is the level of corruption at government levels. This is one of the prominent reasons for the failure of the public sector enterprise in India as well, for the delayed work performance and lethargy in action are also combined results of the same old comfortable chair of bribery.

But why is it that the private sector is so efficient but the public sector just doesn’t seem to get ahold of effective operations? Well, it is because the end result of the two sectors is very different. The primary target of a private-sector enterprise is to optimize production in a way that maximizes their profit, or more so, minimizes their cost. The public sector, on the other hand, optimizes social welfare and thus their maximizing condition is based on the public benefit function. Lack of incentives to pursue the latter results in the lack of efficacy in the sector.

This difference in purpose, however, is one of the most interesting details about the public sector of India. The purpose of the public sector, though believed otherwise generally, hasn’t solely been social welfare since the beginning. I know it sounds a little absurd, but let me take you to the very first budgetary allocations made to the public sector back during the declaration of the section plan in Prime Minister Jawaharlal Nehru’s rule. This section from one of his speeches would help clarify things-

“Large financial resources would be required for the second plan. A small portion would come from sterling balances or foreign loans and aids, and the bulk of the resources must be found from within the economy. The tax system would be directed to collect an increasing part of the growing national income in order to permit greater capital formation in the public sector and to finance the expansion of social services.

The public sector would be expanded to commercial and industrial purposes where necessary for raising resources for public purposes.”

Even though the proposed scheme of obtaining taxes from the growing income had its fair share of problems, thanks to the tight ratio of income and consumption, with prices, this abstract conveys two very important characteristics of the country’s approach with respect to investment-

First, The Nehru-Mahalanobis model’s target of exacting the country’s balance of payments, with reference to minimum foreign aid and dependency on self-sufficiency. As can be seen from the abstract of Prime Minister Nehru’s speech above, the reliance on foreign aid for capital formation and industrial growth was restricted to as low as possible, since a much bigger chunk was allotted to growth from the country’s own surplus.

Second, The role imagined for the public sector when planned economic development was launched was not one of welfare, or social benefit primarily, but that of resource mobilization. Let’s understand what this means in detail.

Resource mobilization as a goal for the public sector-

The testament of any successful developmental effort is the mobilization of resources, and so is what was allotted to the public sector as the target.

First, the model that plans revolved around an adequate, if not maximum, the concentration of funds in the state’s hands for the plan to hold place effectively. This means that the state had to have active participation in both the procurement and reinvestment of surpluses, which we term as resource mobility.

As such, the government envisaged a significant role for the public sector in the resource mobilization process.

Second, when an economy starts at a very low base, as the post-colonial Indian economy did, the requirement of its needs is much larger relatively. To fulfil those requirements, ensuring consistent mobilization of productive surpluses becomes important.

At this stage, the scope for the private sector is much less given the tight restraint for profit, and thus, the public sector progressively holds and handles the productive surplus. This enables the public sector to maintain command over resources, giving it a dominant role in the capital formation for the country’s long term economic needs, a significant engine of demand, or economic growth.

Therefore, the implicit designation handed over to the public sector in India’s development drive is reflected loud and clear from the above explanation, and the aforementioned statement.

The proceeds of profits from the public sector activities and revenue from taxes and loans far exceed the amount of foreign aid even accounted for in the economic outlay of the country’s development plan. In the words of the creator of the model, Mahalanobis, himself-

“In the highly developed countries of the west, taxes on commodities are usually looked upon as regressive.” It is because following the abundant economic text available to us, commodity tax creates much more dead weight loss for the same revenue generation for the government, relative to a lumpsum tax.

The lumpsum tax is a fixed proportion taken from the income, while commodity tax increases the price per unit cost to the consumer, inducing him to not fully pay per his willingness, hence resulting in dead weight loss.

Further, he states, “In advanced countries, public enterprises are also expected to be run on a no-loss no-profit mechanism. Fortunately, our outlook is changing and it is being realized that in an underdeveloped and developing country like India, in principle, public enterprises should earn and contribute increasing returns for purposes of national development.”

I mean, there couldn’t have been a clearer explanation of the role assigned to the public sector for the growth and development of the country, both in the short and long run. In today’s case, however, the reality not only seems to differ but is supposedly contradictory. This text doesn’t say that the public enterprises shouldn’t work, or didn’t work, for the greater welfare of the public.

That, in principle, is the very definition of it. What it does say, however, is that with a growing contribution of the private sector as we advanced into a more profitable corporate system, an efficiently working public enterprise system would only aid the country in realizing its transitioning goals.

The public sector always has and will continue to be, a significant source of contributory balance between growth and welfare. And while, there’s no doubt that given the current position of the country and the public sector, monetizing public assets and privatizing is the way to go.

But, as is evident from the examples of prominent countries, a public sector system has to be growing and effective to realize the country’s potential. This aims to shed light on the further infrastructure plans of the government, from the supposed proceeds from the current asset monetisation, and the need for better handling of the assets and enterprises. How economic theory aids such a provision is abundantly available in the texts available to us, it’s time to put it into practice and reap actual benefits out of it.

Rules for taxing interest on focused provident fund: fiscal year 2021-22:- all you need to know.

Most Promising Comics Apps in India 2021