According to the SBI research report, it has been projected that the country’s GDP or gross domestic product is strongly expected to grow by a significant 18.5 percent. According to the SBI report, an upward bias in the first quarter of the financial year 2022 will be witnessed. Here, it is to be noted that this latest projection by the SBI is comparatively lower than that of the Reserve Bank of India’s growth projection. RBI had effectively projected a robust growth of 21.4 percent for the quarter of April-June.

The report maintained that the calculation was based on the ‘Nowcasting’ model, which was coupled with the upward bias which will effectively lead to the growth of humungous 18.5% for the first quarter of this fiscal. 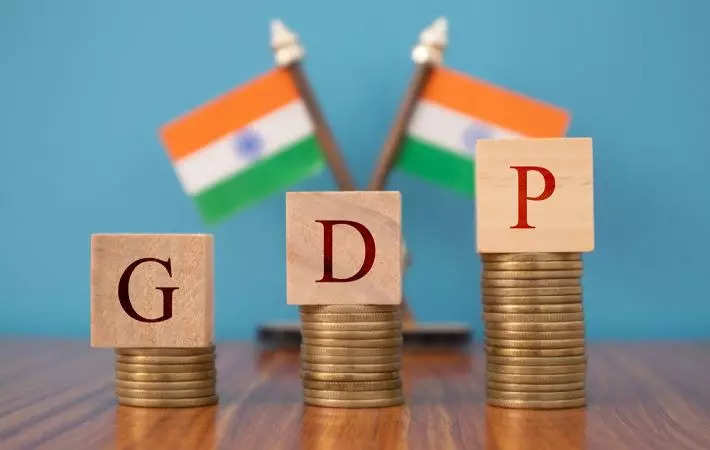 Why such robust GDP projections?

However, it is to be noted that such higher growth comes at the back of the low base that was recorded last year. The low base for growth was due to the fact that India was under stringent lockdown last year which had seized all the manufacturing or economic activities in the country. In fact, the country had seen unprecedented contraction by 23.4% in decades due to the pandemic restrictions. Thus, the higher growth in the second quarter of the financial year 2022, or Q1 FY22 is mainly due to the low base of last year.

If the SBI’s ‘Nowcasting Model’ is scrutinized carefully, it is built with 41 high-frequency indicators. It is to be noted that these indicators are effectively associated with service, industrial activity, and lastly, the global economy. According to reports, the GDP can be expected at 15 percent for quarter 1 of the same fiscal.

As has been earlier reported, India had seen expansion and growth in the month of July itself. This was emphatically calculated by robust manufacturing and economic data reports that were released. Other reasons that have contributed to such growth are rising positivity for investors and consumers due to the daily low number of covid cases in the economy and the easing of supply restrictions due to easing of lockdowns in the economy across various states.

Additionally, corporate results that have been announced so far effectively indicate a substantial recovery in corporate GVA EBIDTA. It is earnings before taxes, interest, amortization, and depreciation. According to the report findings, the corporate GDP of effectively 4,069 companies registered a significant and humungous growth of 28.4 percent for the first quarter of the current financial year. But here, it is worthy of mentioning that this growth is effectively lower than the growth that was witnessed for the fourth quarter of the FY21. This is the main reason that has led SBI to lower its growth projection.

Global trends of mobility and growth

Now, as a rule of economics and global trends, mobility and GDP have strong relations. If there is lower mobility, it leads to lower GDP, and if there is higher mobility it usually leads to a higher GDP. This claim has also been corroborated by the SBI report. This is due to the fact, once public mobility gains momentum, demand in the economy rises as the traveling industry, hospitality sector, and retail sector experienced a surge in demand.

But the effect and the response of the same are asymmetric. It is to be noted that, as aforementioned, with a decline in public mobility, economic activity invariably declines. This leads to an increase in GDP growth. However, on the other hand, with an increase in mobility the GDP growth usually and not necessarily grows in the same proportion. Thus, the effect is asymmetric.

This claim has been seen in the first quarter of the financial year 2022. The connection between the two has become invariably weaker. This has been witnessed as mobility has declined, but the GDP has recorded immense growth. But, again, as aforementioned, the reason for the same is also the low base of the last year.

Meanwhile, for the month of August, the business activity index that is effectively based on the ultrahigh-frequency indicators effectively shows a further increase. The reading for the week that ended on August 16, 2021, stood at an increased 103.3. Other than business activities, the electricity consumption, transport too showed a revival for the second revival of the FY22. This effectively shows robust and positive momentum in economic activity going forward.

In the Monetary Policy Committee (MPC) meeting, Professor Varma emphatically dissented from voting for yet another accommodative stance. He even went to the length to ask for a hike in the reverse repo rate. The reason presented for the same has been that cheap and excessive liquidity in the market, is doing more harm than good, and this has some serious backing to it.

In recent months, it has been witnessed that consumers are bearing the brunt of excessive liquidity in the market. This is due to burgeoning commodity prices coupled with high crude oil prices that are quite detestably burning a hole in the pocket of a regular consumer.

It is to be noted that Inflation is highly volatile. Therefore its short-term changes and trends shouldn’t be the cause of worry. But however, long-term burgeoning inflation should lead to more caution. It will spike one month, it will come down next month, that does not worry me at all,” he said.

Thus, given if the economy has to grow in the coming quarters and the economy has to maintain its growth momentum, it is quite crucial that monetary policy too is taken into consideration for sustained growth in the future. Thus, given all the projections and economic data, it will be interesting to see what stance RBI opts for.