The 20 Lakh Crore Package has become a debatable dilemma across economists in India. In May, when the pandemic was forging towards its pinnacle the Centre announced a massive Rs 20 Lakh-crore economic stimulus package. Initially, the reassurance that was given to the Covid-ravaged country was beyond commendable.

The country acknowledged and enthusiastically applauded the relief package at the height of the pandemic lockdown. But who knew that the promises made would leave the wounds of the nation deepened? The package was a colossal move indicating a relief to the tough times ahead. But the loophole that it has created in Government’s finances is irreplaceable.

The staggering and the most detailed point in the whole dilemma is that a cosmic part of the package, as much as 8.04 lakh crore, is additional liquidity injected into the System by the Reserve Bank of India through various measures in February, March, and April. Why did the government create a facade when it didn’t even have the finances to do so?

Contemplating the key distribution areas that were highlighted by PM Modi during the announcement, none of it has even had the sight of injection of a statutory amount. While that’s pretty obvious that it turned out to be yet another cruel joke, the government should be held responsible for its actions.

100% guarantee of loans is effectively a fiscal transaction

The crucial focus of the first tranche of the package, announced by Financial Minister Nirmala Sitharaman, was to address the problem of liquidity faced by MSMEs during the lockdown. The stimulus package missed on adding the vital inclusion of structural issues related to MSMEs credit. The allocation showed that the MSME loans would encourage the banks and borrowers to never return the money and to become defaulters.

Wow, from having stabilized structures to becoming a defaulting organization blends so many questions out of the Government. The government didn’t sanction the relief package to the MSMEs and SMEs which almost amounted to Rs 30,000 lakh. Where did the funds go, why was the distribution not a top-notch priority for the government? The government has not released a single bit of information about the package which has coerced a lot of the sectors across India to shut down.

Besides, over six crore MSMEs and SMEs have shut down, resulting in more than 15 lakh crore losing jobs. The government should be answerable to these sectors, who were in the urge of expecting injection to kick-start their industries. But like always, the people are going to suffer. Against a handful of claims that got made, this has impacted a wholesome national income. 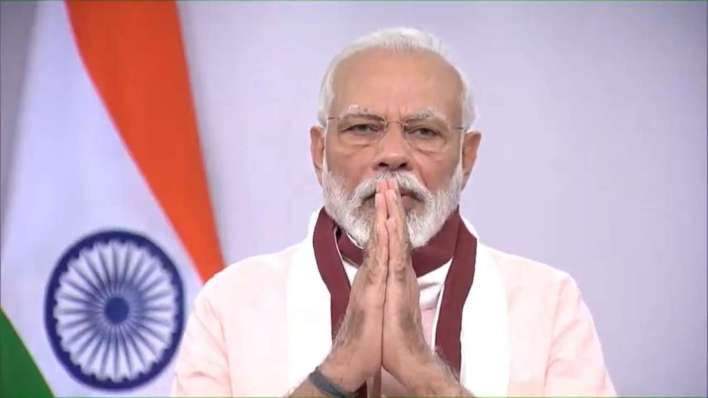 The Modi Government Underperforms Yet Again

Modi’s Atma Nirbhar Bharat Abhiyan or Self-Reliant India mission was about 10 percent of India’s GDP in 2019-20. Unlike many other relief packages announced globally, Rs 20 Lakh Crore stimulus package was not entirely on new spending, which meant easing out loans and interest cut rates included in the loophole. The colossal amount equals $265 billion, but that consists of the amount kept aside as Covid-19 relief measures.

In March 2020, India committed Rs 1.7 lakh crores that consisted of free foodgrains to the poor and some cash to senior citizens and women. Although, no traces of the amounts could be found in the bank accounts of the severely suffering people during the pandemic.

The Modi Government package failed to deliver to the expectation yet again as it did not make any substantial decisions that would support consumption and promote manufacturing. It often resembles that the promises are sky-high, but its implementation has been shrinking over the past few years.

The stimulus package that was announced to tackle the economic imbalance turns out to be a disaster. It puts hardly any money in the pockets of the middle-class and the most affected people. The budgetary impact of the relief measures was only 1%. The other 90% of the package got directed towards easing borrowings from banks. The strategy has its way of dealing with things, the government asserted firmly.

Contrarily, even before the present condition broke out, the finances of the Centre and the state government got stretched. Although the Cabinet wanted to avoid repetition of the recession faced in 1991 and 2013, it failed miserably to improve the situation. In the context of the implications that it has caused today, the economic stimulus package amounting to 10% of GDP, only 6.5 percent is attributable to the government. The balance went to the credit of the RBI under its monetary policy measures.

Even if the amount got distributed diligently to the MSMEs, it would retract its further finances curbing the economy. When the government didn’t have the finances, then resorting to monetization was the only way forward. The monetization would fall out in terms of inflation, and it would have been the worst possible scenario to get stuck in.

We got stuck in the long haul, and with the financial constraints that India has, the balance of the remaining stimulus package didn’t get distributed. It lays back to the point that the government exposing the MSMEs rather than providing the injection as a monetary stimulus package. 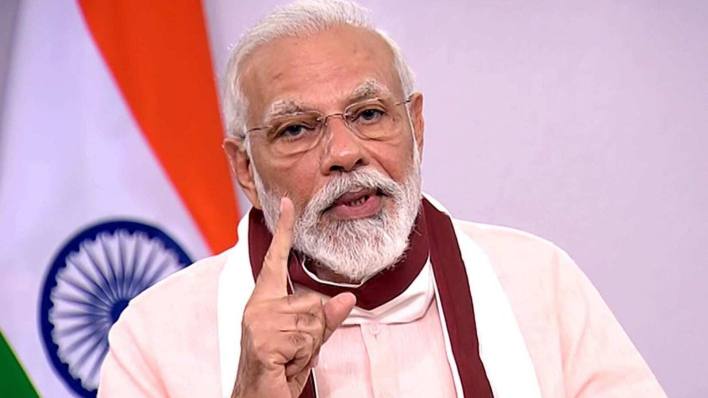 “Defining image of the pandemic has been the lakhs of migrant workers, many with children, walking hundreds of kilometers, without money, food or medicines,” Sonia said in her opening statement that the “economy has been gravely crippled”.

Highlighting the genesis of the economic crisis gripping the country, Congress president Sonia Gandhi asserted that the downfall of the Indian economy had started before the Covid-19 hit the nation. The spirit of Federalism which is an integral part of the Indian constitution has now get forgotten.

While the Congress leaders highly criticized the economic stimulus package as being a cruel joke of the country, it later proved that they were right in their understanding. Henceforth, the opposition leaders urged the central government to ease out the problems. The stimulus package was inaugurated with the same motive but didn’t provide any relief. 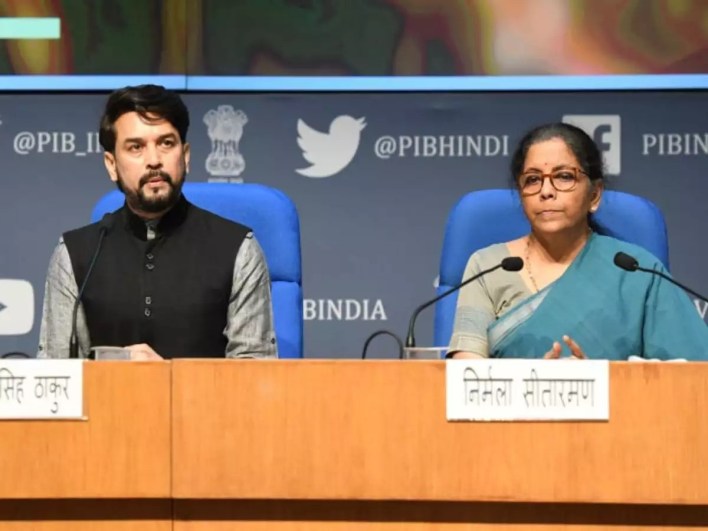 Only 10% of the package has disbursed in the past year, claims the RTI query

The RTI query has sought details around the sector and state-wise disbursement of the package. Such a shame that out of the Rs. 20-lakh crore economic stimulus package, only Rs 3 lakh crore got sanctioned through the Emergency Credit Line Guarantee Schemes(ECLGS, according to a report citing replies to an RTI filed by a Pune businessman Prafull Sarda).

Out of the sanctioned amount, around Rs 1.20 lakh crore as loans to various states has been disbursed so far. But the difference has been the amount distributed across 130 crore Indians. If we look at the potential and income, the difference is staggering as an individual only gets a loan of Rs. 8.

Where is the remaining amount of Rs 17-lakh crores from the total package? Has it all been stored in the government’s pockets? It has been almost a year, and still, there has been a complete hush on the topic. The stimulus package was enormous to uplift the reeling sectors nationwide, but only if it could have been.

The NABARD relief also did not reflect the bank accounts of the farmers.

PM Modi on May 12 announced a special economic package, and the further tranches of the same got instructed on May 14. India’s Finance Minister Nirmala Sitharaman announced that India’s National Bank for Agriculture and Rural Development would extend an additional re-finance support of $300 billion for meeting crop loan requirements. It was claimed that it would relieve the struggles of the ailing farmers, mostly small and marginal farmers.

One of the biggest announcements that got made during that day was regarding the change in the agricultural-related laws. It created a lot of hype as the lockdown did allow the farmers to harvest and transport their crops but didn’t get the expected price. The new policy uplifted the farmers from the minimum support price policy by the government. FM remarked that the Cabinet has always been concerned about the difficulties faced by the poor. While the statements of the Finance Minister we considered to be hollow words.

The farmers didn’t get a single penny out of the $300 billion and instead faced the integration of contentious farm bills. The assurances once again failed to resonate with farmer groups, and they asserted that the lockdown showed a picture of the last few years. The migrants weren’t given any relief, and the same prevails even today despite the stimulus package filling the pockets of the gigantic corporations.

The farmers were compelled to sell the wheat grains and the essential crops below the MSP, which hampered their progress to staggering depths. Furthermore, in the package, the government had announced a support of Rs 500 crores by extending the Operation Green Schemes run by the Union Ministry of Food Processing Industries to support the declining prices of fruit and vegetables.

It has been a nightmarish season for the fruit and vegetable suppliers. And the package has yet again failed to help their sufferings. India’s prowess in the agricultural sector has been inevitable and contributes around 17.5 percent to India’s GDP. There is a feeling across the farmer communities that if the government ruling continues for a sustainable period, the farmers might get under the cosh. Indian middle-class communities have yet again got trapped by the government.

While the economic stimulus package got praised in the inital phases, it has turned out to be a haul that no one ever expected. Overall, the economists reviewed the scheme as a lost opportunity. It was an extension to the existing policies which has been in the framework, and it seemed like it was just a revamp. The cash injection was less than projected, which affected the creditworthiness of the MSMEs and small-scale industries, and it is never a worthy indicator for the country.

The government focused on the rural markets, but the benefits were given to the big corporations. It can be adhered to by the wealth patterns we saw in the past year. The conspiracy propaganda is perceiving to be the legacy with which the BJP government wants to continue ruling India. One perspective that got laid out from the middle-class groups was that the amount went on to procuring investments in the manufacturing sectors. Rather than solving the problems, the Union Ministry has piled up the bearings of the farmers, MSMEs, and many others, who were entitled to the economic stimulus package.

Why None Of the non-BJP states Do have the covid-19 vaccine. Is this a dirty game BJP is trying to play amid the pandemic and risking the lives of innocent citizens? Why the level of politics has gone so low since 2014

Flipkart ties up with the Adani Group to boost infrastructure, logistics