Why is the United States unable to share its extra vaccine doses with the rest of the world?
America led the world in purchasing the messenger RNA vaccines that have been most successful against Covid-19. It is now taking the lead in not using them. According to figures collected by the Centers for Disease Control and Prevention, there are more than 27 million unused Moderna Inc. doses and 35 million from Pfizer Inc. and BioNTech SE in the United States. This has prompted leading public health figures to advocate for packing America’s excess of dry ice and shipping it to countries like India, where the epidemic is still active.
“You see supply exceeding the demand here, and just know excess doses are available”, said Monica Gandhi, a medical practitioner, San Francisco, a professor of medicine at the University of California, who wrote a letter calling on America to ship Moderna doses to India. The US is at an end in wellness, legal and diplomatic terms when US vaccines lag and doses accumulate. China exports more doses and enhances its international profile and influences than any other region. Can the United States continue to purchase and administer millions of mRNA vaccines per week to individuals who aren’t hurried or are less risky? Or should it stop its directives and allow pharmacists to deliver additional doses to other needy countries?
A stronger effort is needed
Although it can be straightforward to package the spares and mail them back, the truth is much more complicated. There is no ready-to-use stockpile of millions of Moderna doses in a factory. The majority of leftover doses in the United States are dispersed through tens of thousands of places, including federal hospitals, municipal clinics, vaccine centres, and other locations. Bringing them together and getting them out of the country would be impossible to handle and would undermine the US domestic effort.
Pfizer is now shipping-certain shots made in the United States to other countries. There could be millions of leftover doses available from Johnson & Johnson and AstraZeneca Plc in the coming weeks or months; the precise date is unclear. However, with the Biden administration scaling back pandemic recommendations on masking, in part to persuade vaccine sceptics to roll up their sleeves, the US policy of guaranteeing more-than-abundant availability at home is unlikely to change anytime soon. Andy Slavitt, the senior advisor to the White House’s Covid Response Team, told reporters this week that when you’re winning, you push harder. According to him, the United States’ target remains to vaccinate 70% of adults by July 4. 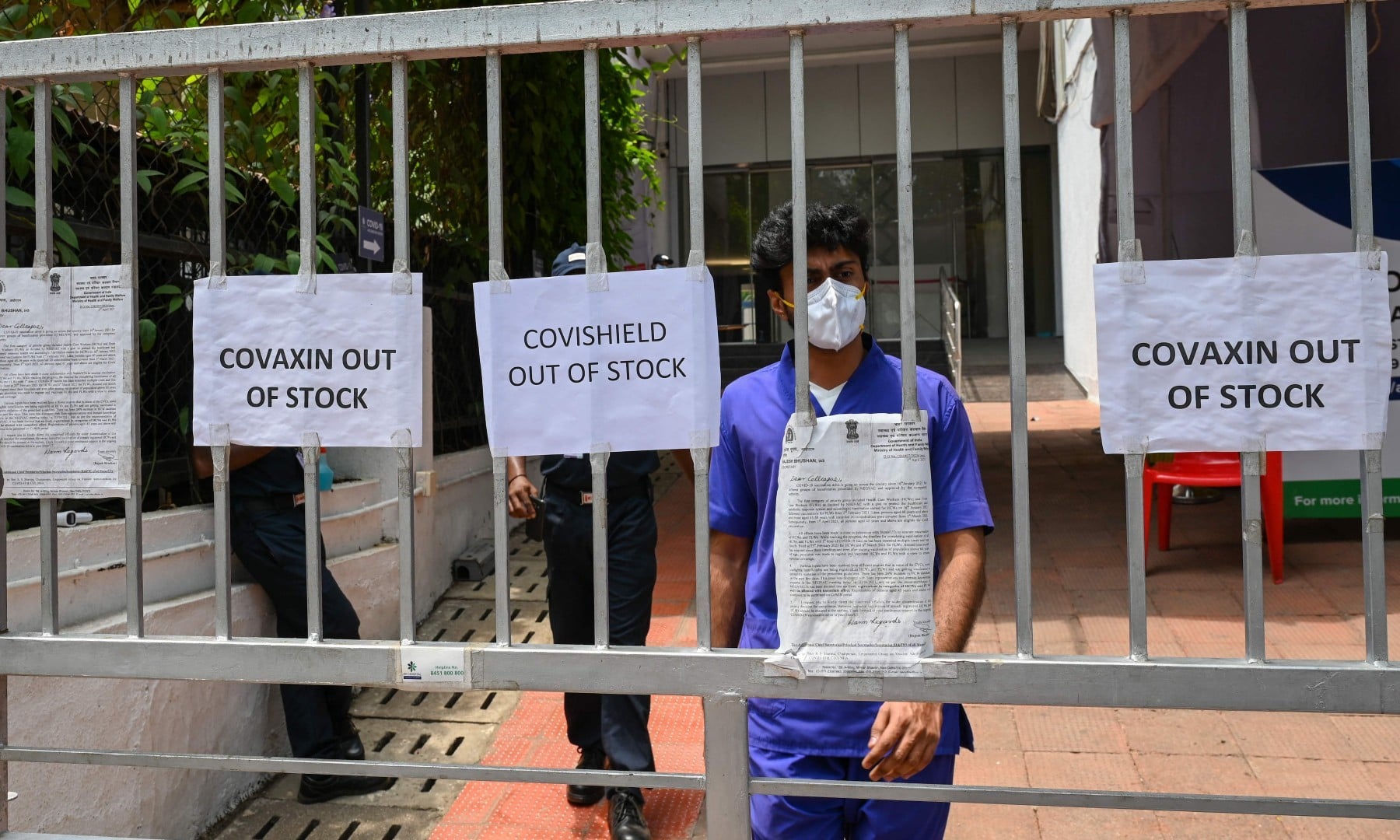 Preference for the vaccines
The mRNA two-dose vaccines are the most effective of all globally accepted vaccines. They are among the most difficult vaccines in terms of storage and transportation and have mostly been purchased by wealthy nations. Because of their accessibility and supposed dominance, they’ve been the vaccines of choice for Americans. Pfizer’s vaccines have since been approved for people aged 12 to 15, making them vital to the domestic vaccination campaign for teenagers. It could soon be approved for even younger children who are at comparatively low risk from Covid, limiting the options available to more vulnerable people around the world.
“If we were truly interested in an ethical approach to vaccines, we would have vaccinated the poorest people anywhere they lived, but that is not the political reality”, said Richard Besser, paediatrician and former CDC acting director. According to Besser, who is now the CEO of the Robert Wood Johnson Foundation, each nation is focused on protecting its own citizens, which means putting American children first.
Quantum of Extra Vaccines in the US
To figure out how many extra vaccines the US has, you must first consider how the country’s vaccine supply chain functions. The federal government is in charge of Moderna’s imports. When the firm is finished producing doses, it hands them over to McKesson Corp., which stocks them and distributes them to vaccine locations. Moderna had distributed 117 million doses as of April 12th. It produces 40 million to 50 million doses every month, which means it has produced between 157 million and 167 million as of this week. According to the CDC, some 140 million doses have now been delivered to vaccine locations and nations. If another 10 million doses are on order or in transit (roughly what ships per week), that leaves just 7 million to 17 million doses that haven’t yet been sent to vaccine sites around the globe. That’s less than two weeks’ worth of stock, which could be quickly washed out if there was even a slight manufacturing delay.
According to the government’s deal with Moderna, the government cannot use the vaccine order until it is used in the United States and is protected from liability by a decree issued under the Public Readiness and Emergency Act. To share his doses, Biden will have to reach an agreement with Moderna or find a way around the provision. McKesson refused to comment, and an appeal to the US Department of Health and Human Services went unanswered. The production projections, according to a source familiar with the company’s efforts, are on track.
Pfizer, the only other mRNA vaccine producer in the United States, has complete control of its delivery. At the end of May, the corporation intends to supply 220 million doses to the United States. More than 170 million doses have now been shipped, and the drugmaker is already making more than the amount ordered in the United States per week. According to an individual, this surplus is now sold abroad, mostly to reach countries like Brazil, in North and South America. Pfizer expects to market additional doses abroad as its production capability increases, Chief Executive Officer (CEO) Albert Bourla said. Due to its structuring with the US, the organization would not need permission to do so after fulfilment of its domestic obligations. This route is almost definitely the way to get more mRNA vaccines outside the United States, with higher doses than needed.
Stopgap of donation
Unfortunately, even if unused US inoculations were sent overseas, they would certainly just scratch the surface of the need. Vaccines are needed in billions, not millions, and the countries that are currently in need are likely to burn out their outbreaks before aid arrives. This will be a start-up supply to help with disaster relief. It’s barely a Band-Aid, so as far as we can see, it’s a commodity that’s available and should be put to good use.
The next few weeks will tell us about U.S. needs – and what exports will take place. Many states have injected new life into their campaigns by offering cash prizes to those who haven’t yet had vaccinations. According to the state health department, Colorado has demanded the highest number of doses each week. According to the Bloomberg Vaccine Tracker, the vaccination rate has remained largely constant at about 50,000 doses per day. Other states are reducing their budgets. According to the department, Illinois’ most recent submission was just 8,510 doses, down from almost 600,000 doses in April. It’s also redistributing excess doses to regions with greater local demand. President Biden said it would be sending approximately 60 million doses of AstraZeneca that were not approved for use in the USA, during the next months. Tens of millions of J&J vaccines will still arrive, likely when the US campaign winds down. There are vaccines that the United States does or does not like. But India is perhaps in the dying situation where it has to have whatever medicine the market is going to offer.

Bangladesh Retaliation To China's Warning, A Manifestation of Expression Against Bullying. How the Asian Consolidation Drape off China's soaring dominance?

Covishield Second Dose Gap Widened from 12 weeks to 16 weeks Despite the Vigilance of Covid-19. Dr. VK Paul Pleads to Citizens for not Creating Bizarre Narratives as the decision is driven by scientific evidence.

By ananya
Follow Us
Weather
New Delhi, IN
Mist
26 ℃
34º - 26º
94%
3.09 km/h
34℃
Sun
36℃
Mon
36℃
Tue
35℃
Wed
35℃
Thu
Recent Tech News
Facebook Twitter WhatsApp Telegram Viber
Back to top button
Close
Popular Posts
Most Commented
Recent Comments
We use cookies on our website to give you the most relevant experience by remembering your preferences and repeat visits. By clicking “Accept All”, you consent to the use of ALL the cookies. However, you may visit "Cookie Settings" to provide a controlled consent.
Cookie SettingsAccept All
Manage consent