High prices for gasoline and food, particularly vegetables, spices, oils/fats, and home services, contributed to the substantial spike in inflation, which is said to have contributed to the RBI’s unplanned repo rate hike of 40 basis points last week.

Consumer inflation in India accelerated to an almost eight-year high of 7.8% in April, up from 6.95 percent in March, according to data released by the National Statistical Office on Thursday, with rural inflation rising to 8.4% and urban shoppers seeing a nearly 1% month-on-month increase to 7.1 percent.
In April, the Consumer Food Price Index (CFPI) determined inflation reached a 17-month high of 8.4%, up from 7.7% in March. Food prices rose at a faster rate of 8.5 percent in rural India.

Retail inflation has remained above 6% for the fourth month in a row, above the monetary policy framework’s upper tolerance threshold for inflation. The central bank’s eagerness to raise interest rates in an off-cycle meeting last week was attributed to a rapid acceleration in retail inflation, according to economists. The move was expected to be followed up by another rate hike in the following policy review next month.

“India’s April 2022 CPI inflation turned out to be a 95-month high of 7.8%, driven by continuing global oil price rises that impact food, gasoline and electricity, as well as transport and communication expenses in the CPI basket,” said D.K. Srivastava, EY India’s principal policy advisor. “In May 2014, CPI inflation was 8.3 percent,” he recalled.

Rural inflation was at an eight-year high, according to India rating analysts Sunil Kumar Sinha and Paras Jasrai, with many products registering the highest levels in a long time. Among them were miscellaneous goods and services (at a 115-month high of 8.03%) and education (at a 23-month high). They highlighted that healthcare inflation had been above 6% for the previous 16 months, indicating that it was becoming structural. 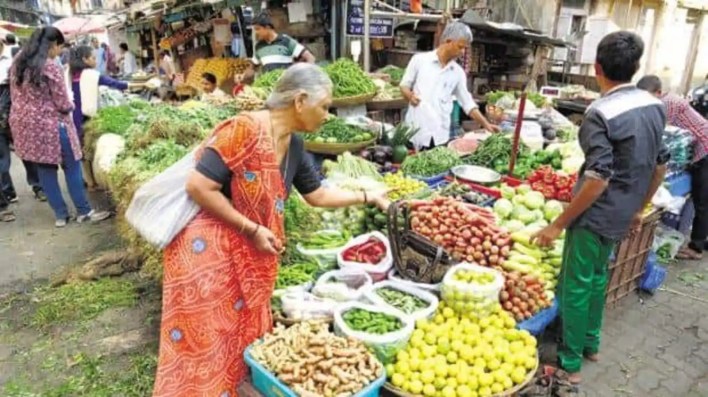 According to statistics issued by the National Statistical Office, retail inflation in India soared to a near 8-year high of 7.79 per cent in April, continuing to exceed the Reserve Bank of India’s (RBI) inflation goal for the fourth month in a row (NSO) on Thursday.

High prices for gasoline and food, particularly vegetables, spices, oils/fats, and home services, contributed to the substantial spike in inflation, which is said to have contributed to the RBI’s unplanned repo rate hike of 40 basis points last week.

West Bengal has the highest inflation rate among states Madhya Pradesh and Telangana. In April, core inflation – the non-food, non-fuel component of inflation — reached a 95-month high of 6.97 per cent, after holding above 5% for 24 months.

The base impact is projected to lower inflation in May. However, it is still expected to remain over 6.5 per cent, bolstering expectations of a back-to-back rate hike at the RBI’s June monetary policy meeting, according to experts.

Inflation is considered the “greatest threat” to the economy, and the RBI is considering reversing all steps adopted during the epidemic — liquidity injections and policy rate cuts — over the following 1-2 years, as well as efforts to combat it.

“We will get inflation down in the next 6-8 months by destroying whatever little demand there is; this will happen worldwide.” “All central banks, including the RBI, will drive their economies towards diminishing demand,” a source familiar with the situation said Wednesday. In 2020, the RBI cut the repo rate by 115 basis points.

Inflationary pressures are now becoming more widespread, with increases in fuel and light, apparel, and footwear. Inflation in the transportation and communication sector surged to 10.91 per cent in April, up from 8% the previous month, as the second-round impact of rising fuel costs began to show up in other products and services.

According to India Ratings, inflation for various goods and services hit a 115-month high of 8.03 per cent, marking 23 months of over 6% inflation.

“India Ratings has been warning that healthcare inflation is becoming structural, as it has been above 6% for the past 16 months.

In April 2022, education inflation reached a 23-month high of 4.12 per cent. According to current trends, average inflation in FY23 will be closer to 7%, peaking in September 2022 before dropping marginally. In May 2022, the RBI hiked the repo rate by 40 basis points and the CRR by 50 basis points. India Ratings forecasts monetary tightening to continue in FY23, with repo rates rising by 60-75 and CRR rising by 50 basis points. However, Sunil Kumar Sinha, Principal Economist, India Ratings and Research, believes that future rate hikes will be data-driven.

Primary goods (5.7%), capital goods (0.7%), intermediate goods (0.6%), and infrastructure goods (7.3%) all had growth in March, but consumer durables and non-durables both experienced contractions of 3.2 and 5.0 per cent, respectively. This is the seventh consecutive month of decrease in consumer durables output, a leading sign of consumer demand.

Why may the RBI take action? 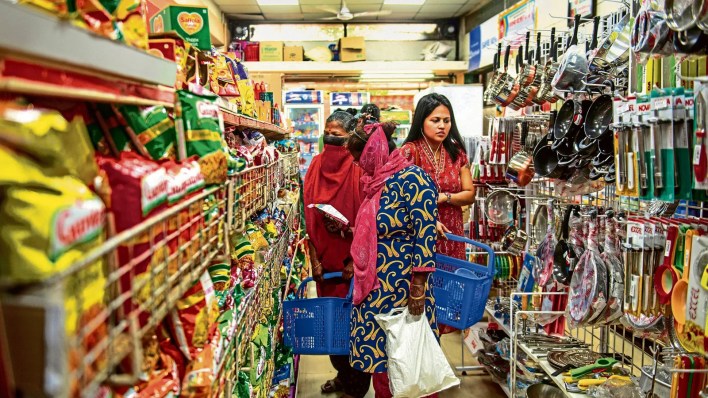 The currency fell to a record low in anticipation of the inflation report, while stocks fell 2% on fears that rising prices will compel the RBI to tighten rates more aggressively. The next MPC meeting in June could see two rate hikes.

Food and beverage inflation jumped to 8.1 percent in April from 7.47 percent in March, owing primarily to a surge in vegetable inflation to 15.4 percent from 11.6 percent in March. In April, inflation in meat and fish fell to around 7%, down from 9.63 per cent the previous month.

According to Bank of Baroda chief economist Madan Sabnavis, who blamed more significant diversion of grain for exports for the country’s shortages, food inflation was high at 8.4% because cereal inflation was high due to rising wheat prices.

Inflation in the transportation and communication sector, which includes fuel prices, jumped to 10.9 percent, up 300 basis points from the previous month’s number of 8%.
Mr Srivastava proposed that the government use the excess fiscal capacity demonstrated by higher-than-expected GST collections in April and a 49% rise in direct tax receipts in 2021-22 to reduce federal excise duty rates on petroleum commodities in order to keep inflation under control. To relieve price pressures, Mr Sabnavis agreed that the government needed to lower taxes and tariffs.

Clothing and footwear expenses continued to be a source of frustration for consumers, with overall inflation of 9.85 per cent in April, up from 9.4 per cent in March, with footwear prices up 12.12 per cent and clothing costs up 9.5 per cent cent cent. Mr Sabnavis believes that costs of manufactured goods like personal care and household goods are unlikely to fall very soon.

“The negative surprise was mostly due to miscellaneous commodities, such as fuel and light, as well as clothing and footwear, creating the spectre of a generality of inflationary pressures,” she explained.

West Bengal and Madhya Pradesh had substantially higher inflation rates than the national average, at 9.1 per cent and 9.1 per cent, respectively, followed by Telangana and Haryana, also at around 9 per cent. On the other hand, Kerala (5.08%) and Tamil Nadu (5.37%) had the lowest inflation rates in April.

While Ms Nayar of ICRA anticipates inflation to slow in May owing to base effects, she believes it will remain above 6.5 per cent.

“The early data for May 2022 shows a continuous sequential uptrend in the average prices of edible oils, atta, and wheat, indicating the consequences of global supply interruptions caused by geopolitical strife, particularly Indonesia’s ban on palm oil exports.” Furthermore, average costs of several vegetables, such as tomatoes, potatoes, ginger, iodized salt, and fruits, such as apples and papayas, have increased,” Ms Nayar added.

The Most Recent Inflation Figures 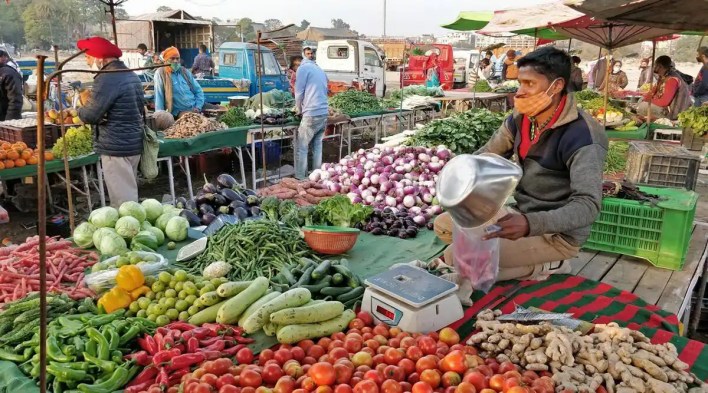 In April, core inflation, which includes fluctuations in food and energy prices, hit a 95-month high of 6.97 per cent. For the past 24 months, it has remained above 5%. Inflation in the food basket increased to 8.38 per cent in April, up from 7.68 per cent the month before and 1.96 per cent a year ago.

What Was the Cause of April’s Retail Inflation?

Retail inflation remained high due to the low base effect and price spikes across all key commodity categories. In April 2021, the inflation rate was 4.23 per cent.

In April, high fuel prices contributed to an increase in inflation. “The second-round effect of increasing fuel prices has begun to spread to other goods and services.

According to India Ratings, the inflation rate for various goods and services soared to a 115-month high of 8.03 per cent, marking the 23rd consecutive month of inflation above 6%.

The rise in CPI inflation to 7.79 per cent in April 2022, according to PHDCCI President Pradeep Multani, is fueled by high energy and food prices and uncertainties created by geopolitical strife.

What Can We Expect Next?

According to experts, retail inflation is projected to continue high this fiscal year, at above 7%, compared to the RBI’s target of 5.7 per cent for FY23. The central bank’s target range is 2 to 6%.

“The headline inflation figure for April is anticipated to be the highest year.” However, we do not expect inflation to go below 6% for the rest of the year, with prints lingering around 7-7.5 per cent in the following months,” said Suvodeep Rakshit, senior economist at Kotak Institutional Equities.

According to India Ratings, based on current trends, average inflation in FY23 is projected to be closer to 7%, peak in September 2022, and then decline modestly.

In May 2022, the RBI raised the repo rate by 40 basis points (bps) and the cash reserve ratio (CRR) by 50 bps. The basis point is the one-hundredth of a percentage point.

Price reduction in crude and some commodities as a result of tighter liquidity and higher borrowing costs, according to analysts, is also expected to play a role in inflation moderation in the near term.

ACCORDING TO DSP MUTUAL FUND, the RBI’s inflation forecast of 5.7 per cent for the current fiscal year is also likely to be revised upwards in the June policy. The most recent number “is likely to be statistically the peak, but H1 inflation could linger much above 6%.”