Amidst Russia’s nuclear threats to NATO for its involvement in Ukraine, China’s media recently released a video to celebrate the National Day that showcased the nation’s most potent strategic nuclear weapons.
The recent footage was produced in an eight-part documentary series that was broadcasted on the state-owned China Central television. The video featured anti-aircraft carriers, including DF-21D and DF-26B ballistic missiles, and the new generation DF-41 intercontinental ballistic missiles (ICBM).

These missiles have been considered threatening weapons to American aircraft carriers and can block the US Navy from safely conducting operations located near the Chinese coast.

China is supplied with two ballistic missiles, known as “carrier killers” the dong Feng DF-21D and DF-26, which can strike moving aircraft carriers.

The defense observers have stated that the DF-26 can carry out precise and conventional attacks against land and sea targets.

What was the reason behind China’s display of nuclear weapons? 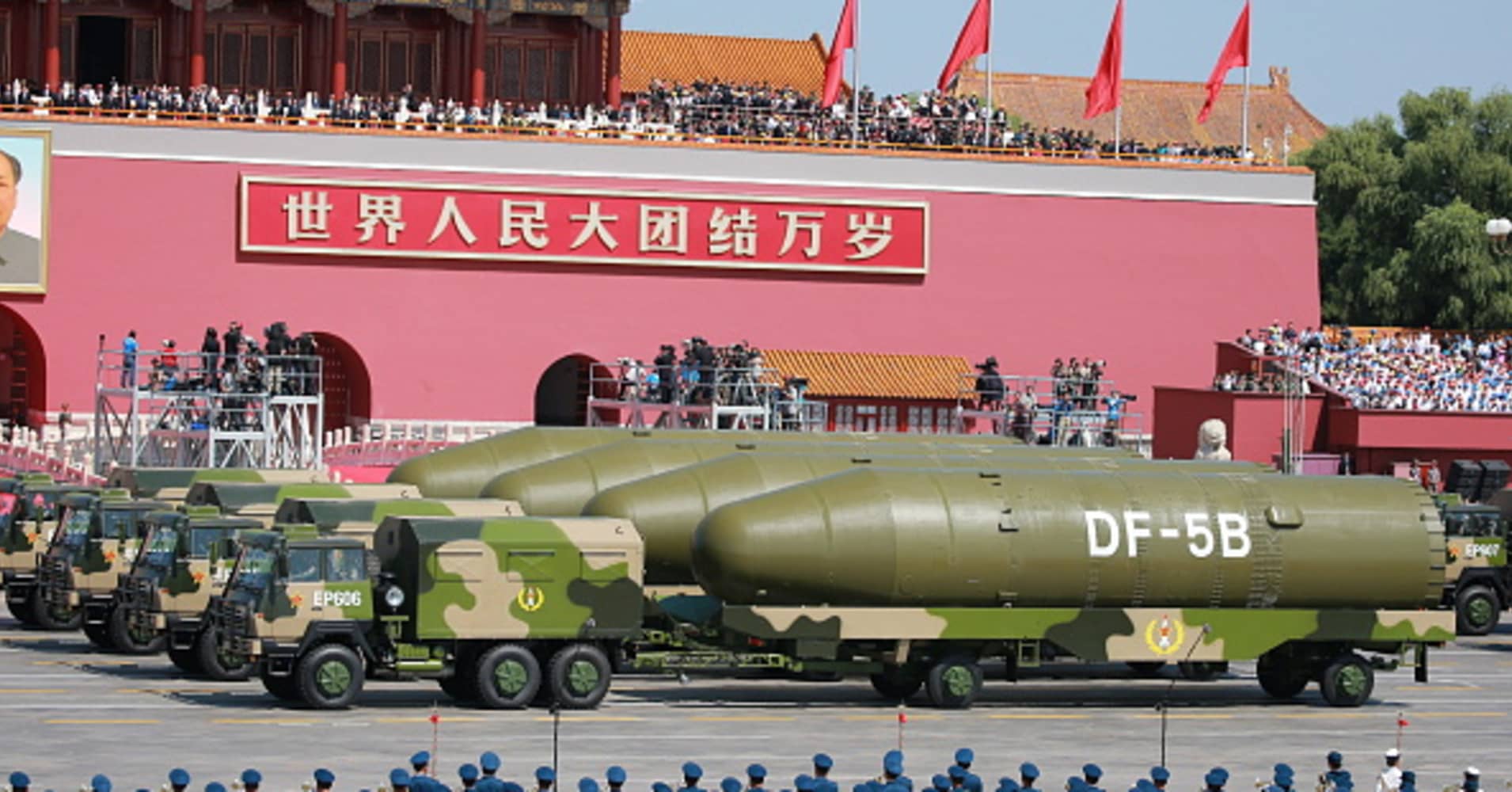 Experts have stated that the action was a step of strategic obliviation to instill a sense of fear among the enemies. The DF-41 ICBM is capable of carrying out several nuclear warheads and has nearly 12000 kilometers allowing it to aim at any location on the US mainland.

The CCTV series was shown on national television channels to commemorate the 73rd anniversary of the founding of the People’s Republic. The video broadcasted a dozen of the DF-26B missiles with launchers, which were found to be similar to an entire missile brigade. 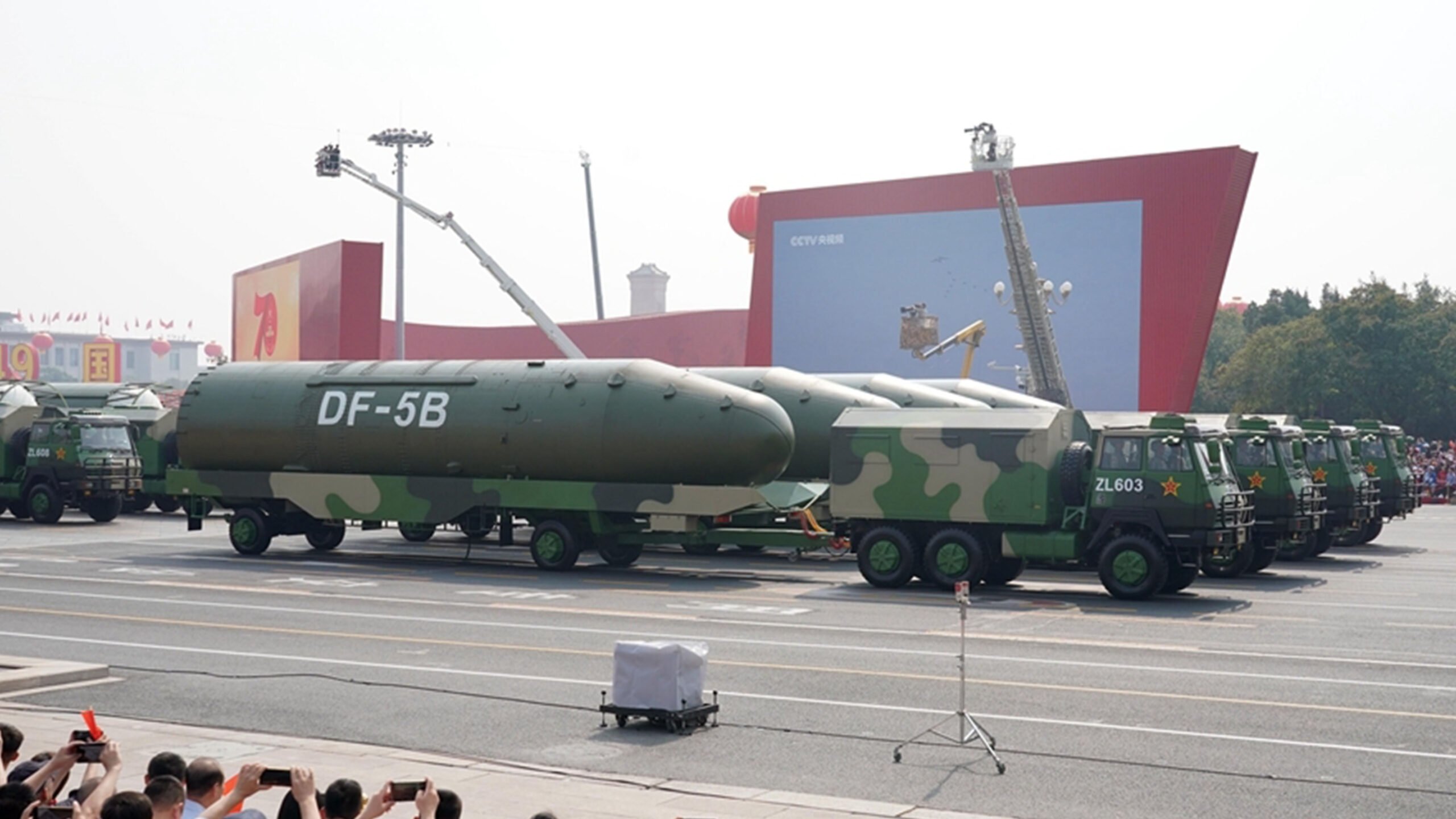 The former People’s Liberation Army Instructor has opened up by saying that showcasing the Dongfeng series of strategic weapons is a subtle warning to the United States. The latter is instigating other countries to put pressure on Beijing over the invasion of Taiwan like the Ukraine-Russian war has resulted in the same dilemma for China and Taiwan.

In addition, he pointed out that the PLA Rocket Force’s strategic weapons were initially planned to be displayed in National day Military parades, but China holds such significant events occasionally within five years or ten, and the PLA can utilize the footage to deter the American counterparts.

The dual missiles in the DongFeng series are capable to carry out both conventional and nuclear warheads and would pose to be a danger to the US air aircraft carrier strike groups.

They are strong enough to prevent US carrier ships from entering Chinese waters because of their precision strike capacity.

The missiles have warheads with sufficient mobility to attack big and comparatively slow-moving ships like the aircraft miners.

In August 2020, the PLA rocket force aimed at two aircraft carrier killer missiles into the sea of South China after the nation accused the United States of deploying a spy plane in a “no-fly zone” during a planned live-fire naval rehearsal on the Chinese coast.

The DF-21D is designed to carry a conventional payload and can cover a measured orbit of 1800 kilometers, thus making it capable of attacking moving warships.

According to the information sourced from the Chinese social media platform, it has been declared that the DF-26B brigades are stationed in the northeastern city of Dalian under the Northern Theater Command.

The report further showed that China has even launched new missile brigades, stationed in its eastern and southern theater commands at present and responsible for safeguarding the China Sea and the Taiwan Strait.

The missiles are part of the enormous live-fire military drill that was staged by the PLA around Taiwan on August 4. The circumstance surfaced due to the increase in pressure due to Pelosi’s visit to Taiwan.
China has always viewed Taiwan as a self-governing nation that would ultimately fall under its control. 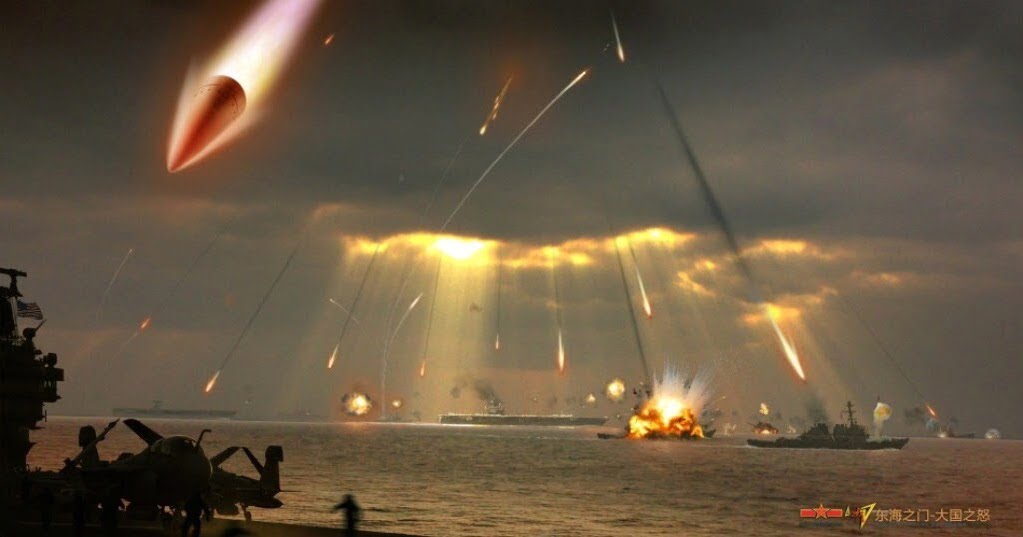 President Xi Jinping has shown clear indications stating that the reunification of China and Taiwan must be fulfilled and has not ruled out the possibility of using force to achieve the goal.
On the other hand, Taiwan holds a contrasting opinion. It considers itself an independent mainland since it has a different constitution and consists of democratically elected officials.
The US president has previously mentioned that the country will back Taiwan against any PLA attack.
The rise in geopolitical tensions between China and the United States has put global goals at risk.
As the US and China’s relations are turning lethal, is it an indication of an upcoming war between the world’s two dominant nations?

Credit Suisse is attempting to reassure investors, as financial fears grow. The stock is down nearly 55%.