The lockdown is a very essential component to curb the pandemic but proper implementation and notice wouldn’t have led to the situation we are facing today.

When we had to give a tribute to the doctors and all the people battling in the forefront, a speech was given four days in advance, while for a nationwide lockdown, 4 hours were enough? Similarly, the self-induced demonetisation crisis in November 2016 wreaked havoc on the Indian economy, which has still not fully recovered and now a nation-wide lockdown without any proper relief schemes will deteriorate the already depleted economy.

The relief schemes for the lockdown were announced 42 hours after the announcement of lockdown. During these 42 hours, people started moving on foot towards their villages. This clearly showcases the harsh reality of Indian governance.

Lockdown and demonetisation were announced in a few hours while all the tasks given to us by the government were notified days before they were to be done. This clearly states the planning streak our government has, as pointed out by a person from the opposition,lockdown.

The fact that our government believes that people have “balconies” for bartan bajana or have a “roof” over their head for “diya jalaana” tells us a lot about the government. It is a government for the rich and a massive blackhole for the poor. 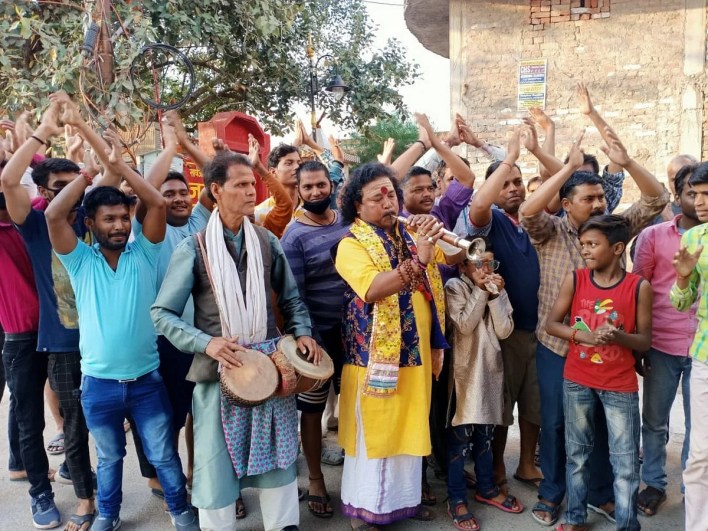 The amount of efforts being put in for publicity and public relations are massive while those being put in for the poor and MSMEs are the least. We are moving far ahead from the ground reality and are trying to escape from the present and real situation. During demonetisation, people formed large lines outside the banks to withdraw their money, and now, people are outside the banks to collect a mere sum of Rs500 which the government had promised the people. During the lockdown, the shutdown of planes, trains, and bus services had caused people to rush into airports, railway stations and bus stands, making a mockery of social distancing due to coronavirus.

People are left stranded in Delhi, Bombay, Surat and at many more places because they want to go to their he towns. Due to zero income, no food and not even a place to live, they can not survive in these huge cities. During the times of “note bandhi”, people weren’t able to survive because the Indian financial sector wasn’t prepared to take a blow like this. Suddenly a bank which had 50 customers daily had over 5000 customers, it was starting to crack open from all the pressure.

People are afraid that the same mistake of demonetisation is being repeated, except this time it will be at a larger scale and at a very deep rooted level. 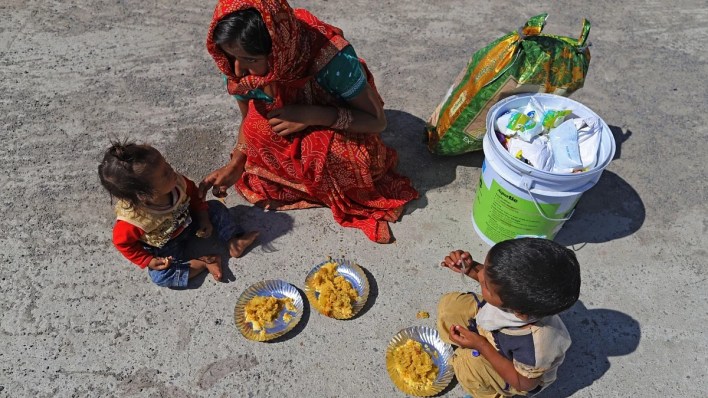 During demonetization, people lost their savings. This time, people are losing their savings as well as their life.

“Your last two addresses to the nation had you trying to calm the people which is necessary in these trying times but there is something more urgent as well as important than that. These psychotherapy techniques can address the first world anxiety problems of the ‘haves’ who have a balcony to cheer. But what about those who don’t even have a roof on their heads?

I am sure you don’t want to be a balcony government only for the balcony people by completely ignoring the poor who are biggest constituent of our society, our support system and the foundation on which the middle-class, the well-to-do and the rich build their lives.

The poor man never makes it to the front-page news but his contribution to nation building both in spirit and in GDP cannot be ignored. He has a majority stake in the nation. History has proven that any efforts to destroy the bottom has led to the toppling of the top. Even science will agree here!” Kamal Haasan wrote.

Leaders are those who take decisions keeping in mind all strata’s of the society.

The first case of Covid 19 was announced months before our lockdown started. The lockdown was issued by giving a notice of mere 4 hours. People who were out of their homes, still haven’t reached back.

Direct tax revenue for the full year is where it was two years earlier, when the economy was 15 per cent smaller in nominal terms. These numbers have been taken from ThePrint for reference. The fiscal stress will increase as revenue shrinks and crisis-driven expenditure goes up. We may therefore have moved back three decades on the fiscal situation. The finance minister had a cushion then: He could squeeze capital expenditure in the Budget. Since that is now a much smaller fraction of GDP, the cushion no longer exists. Demonetisation created a lasting impact and so will this crisis.

The “currency with public” in the country reached a record high of Rs23.41 lakh crore ($310 billion) for financial year 2020, according to central bank data examined by the Indian Express newspaper. This is a 14% increase from the previous financial year.

In March alone, cash in the hands of Indians jumped by Rs86,000 crore. The cash withdrawn from banks and ATMs in the month was four times the monthly average recorded last financial year, the Indian Express reported.

Right after demonetisation, millions of people lost their jobs. At this hour, the unemployment rates in India are soaring high, the per capital income in the rural India is at an all time low.

The history is repeating itself and we can’t make a difference if we do not object right now due to coronavirus.

We all stand together, united and secular, with the government during these tough times. We have come forward through a lot and it is believed that India can come out of this pandemic too. But we also must realise that the government must take actions and decisions keeping in mind the population genre of a country.

It is not just the government of the rich, poor have a huge stake in it too.