With energy prices high for a decade, European companies that use the most energy have started to close down. Dozens of plants in a variety of industries like steel, aluminum, fertilizer, and the energy industry itself have had to close their outlets as boosting gas and energy prices caused their companies to make losses.

Gas shortages have already spurred talk of energy rationing crippling industry, but for the most energy-intensive sectors things have already moved on; the costs have risen so much that they are no longer profitable and have to close.

This destruction of the heavy industry in Europe is already weighing on the country’s economies and economists predict the EU is on the verge of entering a deep 1 recession.

“The world economy was on the verge of recession in late 2022 or early 2023, which is described as a drop of two-thirds of GDP per capita. This was caused by rising fuel costs and economic tightening that was aggressive. We hope that a global recession will be averted, but a sustained and noteworthy advancement in growth also appears unlikely,” Oxford Economics said in a statement.

Closures could harm Europe’s industrial base in the long term. In Germany, Europe’s industrial powerhouse, the most energy-intensive industries are already being hit hard by unsustainable costs: energy accounts for 26% of metals industry costs; 19% of basic chemical production; 18% of glass manufacture; 17% for paper; and 15% building materials, according to Destatis. European automakers have already started stockpiling windshields in anticipation of a glass shortage in the coming months.

More than that half of these Europe’s aluminum smelters have already been affected by energy crises. 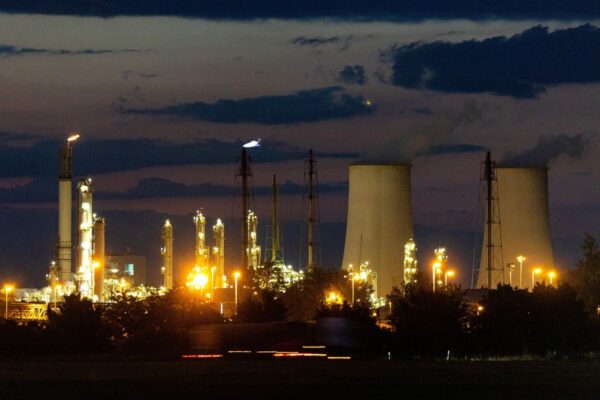 The EU has temporarily lost 650,000 tonnes of primary aluminum capacity, or about 30% of its total capacity, Eurometaux said. Some of Europe’s largest chemical and steel plants have also been taken offline and there is no clear idea of when they will be able to come back online. And the Federation of European Fertilizer Industries says more than 70% of the continent’s fertilizer production has been shut down or slowed down due to rising gas prices.

After seven months of the war, commodity prices have generally started falling in recent weeks, but even after past their panic spikes, prices for things like gas and electricity are still there double or three times their normal level.

Producers of the metal from Spain to Germany are beginning to slow or halt production as costs drive down production does not increase sustainably, even if the trade-in steel is near record levels. Steel News reports that more than 3 million tons of annual capacity are already affected by sharply rising costs.

In early September, the Indian company ArcelorMittal, one of the world’s largest steelmakers, announced that it was planning to close two of its plants in Germany in the face of rising electricity costs. Mild steel is typically produced in energy-intensive electric furnaces, which have been hit hard by record energy prices in Europe.

Many steel mills using electric arc furnaces are now losing money. Power plants using coal-fired blast furnaces will be less affected, experts say, as electricity accounts for a less ratio of their costs. Other large steelworks in the line of fire are Acerinox SA, Salzgitter AG, and Liberty Steel.

Spanish company Acerinox has already partially closed a plant in Cádiz, where a stainless steel mill has been shut down but other hot and cold rolling lines are still running. The company also laid off 1,800 workers, 85% of its workforce. In Germany, Salzgitter reduced its smelting operations at its Peine plant, and British producer Liberty Steel halted production at its Rotherham plant earlier than expected, Bloomberg reported.

Spanish Grupo Celsa’s ovens at its Barcelona plant were paralyzed last month, while Megasa SA has also halted two installations in the northern region of Galicia, according to Bloomberg. Electricity costs. The Belgian Aperam plant in Genk was already closed at the beginning of August and production in Châtelet was reduced.

Only the EAF plants in Spain and Belgium have a combined production capacity of more than 3 million tons of stainless steel per year (tpy) which will affect the availability of stainless steel in Europe. In addition, there are approximately 2.5 million tonnes per year of extra capacity for stainless steel electric arc furnaces in Northern and Southern Europe, for which no further information is presently obtainable. 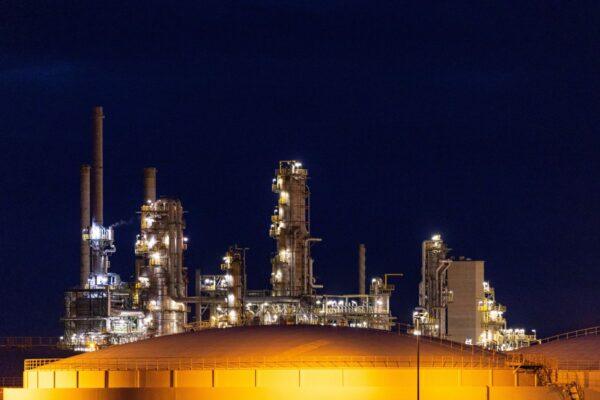 Nearly a third of the metal production output in the European Union has been disrupted from Sept 2021, and zinc manufacturers as well as other materials which take substantial volumes of electricity have also encountered relative closures and capability limitations.

Electricity costs account for 40% of the production costs of primary non-ferrous metals, according to Eurometaux, the European metal’s association. These include several manufacturers in the eastern EU members like Alro from Romania, Slovalco from Slovakia, and Talum in Slovenia, as well as KAP in the EU candidate country Montenegro.

In Romania, Alro announced to investors in late December, in a statement presented on the Bucharest Stock Exchange (BVB), that its panel of directors had decided to discontinue production of prior aluminum from five to two electrolysis rooms in 2022, “in the context of the exceptional situation in the energy and gas markets.”

Slovakian company Slovalco reduced production by 40% after previously reporting a power cut to 80% for 2019, the latter associated with the EU emissions trading system “ETS”. The new cut equates to a reduction of 35,000 tonnes of aluminum per year

The coalition claims that the furnace, which is one of the newest and also most efficient in Europe, would’ve been closed down “except if conditions don’t even improve.” Meanwhile, Talum reduced production at its Slovenian smelter from November 1. West European companies that have taken similar steps include Aluminum Dunkerque Industries France, Trimet Aluminum in Germany, Aldel in the Netherlands, and Alcoa in Italy.

Montenegro’s Uniprom completed the shutdown of the country’s only aluminum smelter, KAP, on December 30 after it failed to reach an agreement on a new electricity price, according to energy utility EPCG and rising electricity prices made its production unprofitable.

This left Monetengro’s utility EPCG with excess electricity, a  city worth more than 100 million euros to export after their biggest customer went out of business. Eurometaux said there have been a series of closures and production cuts at zinc producers since nine electrolytic zinc smelters in the EU are “strongly affected” by the energy crisis. Among them is the zinc smelter KCM in Bulgaria.

Fertilizer manufacturers are also shutting down as they are on the front lines of the economic war and rely heavily on gas as a raw material. This could cause serious problems. The world will face food shortages if fertilizer markets don’t normalize, the head of the United Nations told on Sep 15.

“If we don’t normalize fertilizer markets, we will have a food problem by 2023,” underlined UN Secretary-General Antonio Guterres during the 77th UN General Assembly. To introduce Russian grain and manure to emerging economies, Guterres continued, “We seem to be doing everything we could to ensure that it achieves.”

German chemical company BASF has already temporarily shut down 80 goals globally and is slashing production by another 100 as it plans further production cuts depending on what happens to gas prices. 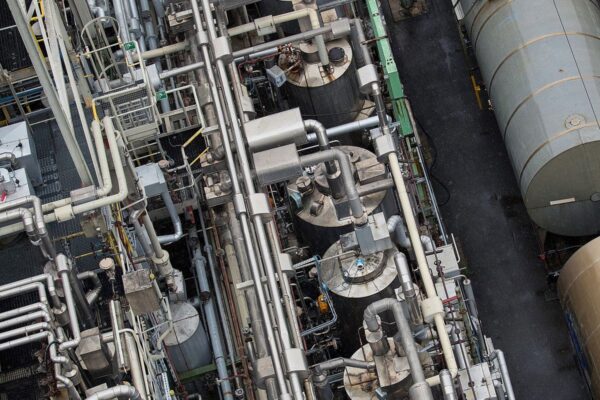 BASF is one of the largest gas consumers in Germany and said last week that it is equipping for persistently high prices for the gas it operates as raw materials for chemical production.

According to an analysis acquired by Reuters, “BASF is keeping an eye on things and thus it will consider, based on the strategy, whether transformations inside the manufacturing production method.” Competing ammonia makers Yara and CF Industries announced last month, that they will also cut ammonia production in Europe due to rising gas prices.

The fifth package of EU sanctions limits cut Russian fertilizer imports, throwing Europe at its resources. At the same time that Europe has suspended imports from its largest supplier, it has been unable to increase its production as soaring gas prices put EU fertilizer plants out of business.

One of the largest fertilizer producers in Europe, Warsaw Stock Exchange-listed Polish chemicals group Azoty, and its Pulawy Stock Exchange-listed unit, on the production of some products that are suspended or reduced, including nitrogenous fertilizers and ammonia. , due to skyrocketing gas prices, the companies said on August 23.

“According to a statement to the market, “Grupa Azoty has chosen to temporarily close its processing plants of inorganic fertilizer, caprolactam, and polyamide 6 from August 23 due to high costs of natural gas, the company’s principal production raw material.” Pulawy announced that it would cut ammonia production to “around 10%” of its previous level. 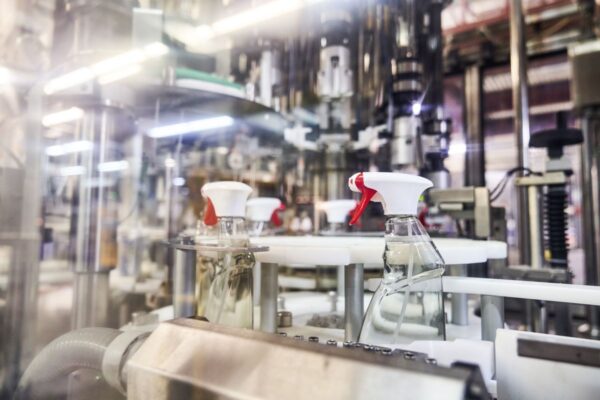 The two companies made comparable claims in their remarks, saying that even though there aren’t any issues with both the fuel supply, the current gas market situation, which influences whether lucrative production operations are, is exceptional, utterly outside of [the company’s] control, and could not have foreseen. Another Polish fertilizer maker, Anwil, owned by energy giant PKN Orlen, also said on March 23. August would suspend the production of nitrogenous fertilizers due to high gas prices.

In Romania, the fertilizer plant producer, Azomures has been hit by high gas prices since December 2021. Azomures produces 50% of the fertilizers used by Romanian farmers and is the largest consumer of natural gas in the country, accounting for 10% of total consumption.

The company resumed production of fertilizers and other industrial products in April with government support, but shut down two Months later, it started ammonia production and said at the time that it would only produce fertilizer until it used up its entire ammonia inventory. This point came in September when Azomures decided to scale back its activities. Approximately 200 of its 1,000 employees are now being sent home or assigned to other companies under a technical unemployment plan.

How often does India join the ranks of China and Korea as an upper-middle-income country?