Falling Rupee & Foreign Reserves: The Bigger Picture & What Lies Ahead?

The rupee should be allowed to stabilize on its own, they claim, especially since that many other currencies are falling in value against the dollar. However, the low prices of these currencies cannot continue. A dollar currently costs about Rs 82.

This is in response to the Fed’s decision to dramatically increase the federal funds rate in the US this year, from 0.25 per cent in March to 3.25 per cent in September. Oil prices and other variables also haven’t been helpful. The Reserve Bank of India (RBI) did step in, and by September 23 of this year, the foreign exchange reserves had decreased by $104.9 billion from its all-time high of $642.45 billion on September 3, 2021. But this portrayal conceals more than it makes clear.

According to the latest data from the International Monetary Fund, the decline in the world’s currency reserve in the second quarter of 2022 was the most compared to the same quarter last year (IMF). Many economists and foreign exchange specialists claim that central banks worldwide have used foreign exchange reserves to avert a dramatic depreciation in their individual currencies.

The global currency reserves have mostly shown an upward trend throughout time and from quarter to quarterly. But in 2022, when it reached $12 trillion, the decline was the largest in the previous 20 years, with a decline of more than 6 per cent (quarter-over-quarter).

Factors that contributed to the falling currency reserves According to several economists, the main causes of declining currency reserves are mostly due to a rising dollar.

“The purchasing power of reserves is decreasing as the value of the dollar rises. The valuation effect is as shown. On the other side, the strengthening dollar has put pressure on the majority of the world’s currencies. As a result, numerous central banks, most notably those in Japan and India, have been actively participating in the foreign currency market by selling dollars from their respective forex purse, according to Aditi Gupta, an economist at the Bank of Baroda.

A risk-averse mindset has been fueled by expectations of aggressive rate hikes by the Fed and rising odds of a global recession, both of which have contributed to the recent appreciation of the dollar. Additionally, this has caused the world’s currency reserves to decline. According to further analysts, the currency reserve is used to finance typically higher oil and gas prices as well as partially return US investments in their bonds, which currently provide higher rates. 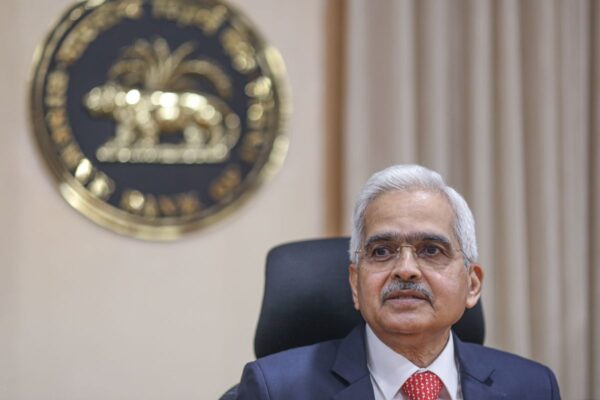 India also lost $21.6 billion during the Taper tantrum and $57.7 billion during the Lehmann scandal, but recently, the loss has been far more for India. The Reserve Bank of India said in the first week of October that the foreign reserve decreased by $4.85 billion for the week ended September 30 to $532.66 billion. Indian vulnerabilities cannot be overlooked, according to economists and currency professionals, even though the nation has a larger foreign exchange reserve than other nations.

The position of Indian foreign exchange reserves is rather stable. FX reserves are sufficient to fund imports for nine months, according to HDFC Bank economist Swati Arora. India is the nation most at risk from an increase in oil prices because 83% of the oil consumed is imported. Therefore, any increase in oil prices will have an effect on the FEX reserves and, as a result, weaken the rupee.

This time, the RBI had been continuously acquiring dollars since 2020 and had, as of September 21, accumulated reserves totalling $147 billion. Anil Kumar Bhansali, Head Of Treasury, Finrex Treasury Forex, continued, “It has been utilising those reserves prudently to defend the rupee, which has resulted in the lowest fallout for the currency as against many other Asian currencies, which have declined by 12–20%.

Additionally, according to the most recent statistics from the RBI, by the end of June 2022, India’s short-term debt to foreign exchange reserve was at 22%, which is lower than historical patterns and shows that there is no threat to the country’s ability to service its external debt. Although the RBI still has enough weapons at its disposal to fend off another severe depreciation like the one that occurred in 2013, several economists predict that rising oil prices and declining exports won’t alter the situation. Even though the US dollar has become a worldwide currency, there are still 180 different currencies listed by the International Standard Organization. Currently, 82% of global trade is conducted in dollars, and 64% of the foreign exchange reserves held by central banks worldwide are in US dollars. Because of this, the rupee’s value in relation to the dollar indicates how strong or weak the Indian rupee is.

The value of the rupee has been steadily declining since independence. One dollar bought four rupees in 1948. When the First Five Year Plan was put into effect in 1951, there was no debt in the country; but, as a result of the government beginning to borrow money from outside, the value of the rupee also began to decline.

The idea that rising exports are aided by declining exchange rates is untrue. According to a report by Bank of America Securities, India’s current account deficit could increase from $86 billion to $105 billion in 2022–2023. India currently depends on numerous imports, including large machinery and other products that can be produced domestically.

In this situation, the rupee’s slide must be stopped. The repo rate was increased by 50 basis points to 5.9% by the RBI on September 30. This decision is seen favourably from an economic standpoint. It aims to encourage economic growth while reducing strong inflationary pressures.

Even while the Central Government has pledged to exert every effort to arrest the rupee’s decline, it will now need to make firm and decisive moves. We can save a significant portion of our foreign reserves if the government works to make its economy independent of petroleum. For this reason, we should think about alternatives to oil.

The dollar has gained due to the US Federal Reserve’s rate-hiking cycle, which has prompted the dollar index to increase by almost 11% in 2022 so far and hit a 20-year high. Due to the better risk-free returns provided by the US capital market, there have been persistent outflows of foreign portfolio capital since October 2021. In order to reduce inflation, higher direct and corporate taxes on high earners should be implemented. This will improve market demand, stabilize the economy, and increase investor confidence from abroad.

The Fed’s extreme hawkishness and the ensuing dollar surge have caused reserves to decrease. Additionally, the majority of reserves are held in treasuries, and the MTM (market to market) on such securities has resulted in a significant decline. As soon as US bond yields begin to decline once more, central banks’ reserves will automatically cease declining and begin to rise. Saurabh Goenka, CEO and MD of Zenith FinCorp, predicts that the reversals in the global markets would be accompanied by a shift away from hawkish language. The reserves will thereafter stabilize as a consequence.

Adani Forays Into The Beach And Mining Business While The Govt Mulls Over Whether Or Not To Lift The Ban.