Fighting fake news and misinformation is the most difficult challenge, says the I&B secretary.

He continued by saying that the media had a critical role in getting important messages across to the public during the Covid-19 pandemic. At the CII Big Picture Summit, which examined the difficulties the media and entertainment sector is now facing, Chandra gave a speech. India has more than 1.2 billion mobile phone users and 600 million smartphone users, according to the I&B secretary, who reported that these people consume a lot of information & entertainment on their mobile devices. He emphasized how the old media had changed because young people were now getting their information from new news agencies. In addition, he emphasized the numerous relaxations the government has implemented with regard to FM and the transmission of networks and noted that IIT Kanpur’s straightforward programming program is a pilot study that will result in an abundance of material in India due to the enormous number of families consuming information.

Chandra predicted that “TRAI might soon release discussion materials on proposals for FM, and the government would therefore respond to these.”

He claimed that IIT-Kanpur and Sankhya Labs had conducted a pilot study on direct-to-mobile broadcasting in Bengaluru and that they were now starting another trial in Noida or another city close to Delhi. Chandra claimed that the administration was also addressing the TRP rating issue. The reverse route data (RPD) pilot project was successful, and a report on it will be made available soon, he said.

Since there were very few households included in the BARC (Broadcast Audience Research Council) ratings, we will now incorporate more and more reverse path data. The TRP will grow significantly with RPD, according to Chandra.

RPD-capable set-top boxes can record information about the channels that were watched and send it back to the cable provider, who may then analyze the information with BARC to determine the TRP data. He argued that the M&E sector’s ultimate objective should be “Create in India,” with the only emphasis being on domestic content production. The government is attempting to entice more and more foreign artists to film material in India. 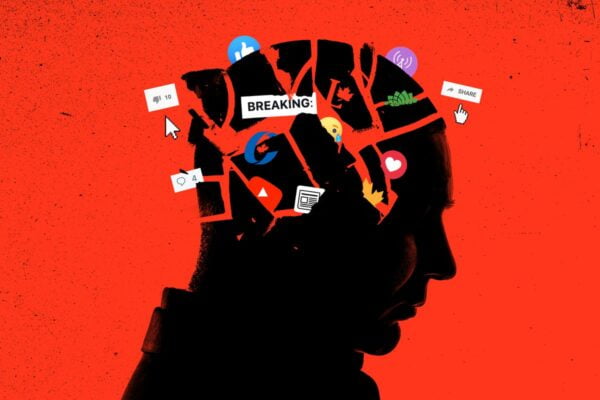 Individuals who flag fake news or misleading post as dangerous information will not be able to eradicate the internet fake news industry, which has grown into a cash engine.

Our individual attempts to delete content, report platforms, or stop bots won’t be enough to combat disinformation. We should also acknowledge that despite the fact that we believe that social media and technology companies are a major cause of our democracy’s shortcomings, these platforms continue to be used by the general public, the people we serve, and our citizens.

We must communicate with the public in a way that they can understand and enjoy if we are to fortify our defenses against misinformation. To win the public’s hearts and minds, we in the opposition must work to alter the political landscape. The internet, technology, and social networks are actually tools we can utilize to not just increase our appeal to the general public but also to defend our democratic values.

According to Apurva Chandra, secretary of the Ministry of Information and Broadcasting, India has more than 1.2 billion consumers of mobile phones and 600 million smartphone users. Apurva Chandra was quoted in a release by the Ministry of Information & Broadcasting as declaring, “Alongside relatively low data rates, this deployment of smartphones has manifested in customers absorbing high quantity of knowledge and enjoyment via portable devices.”

Throughout India, social networking has accelerated and deepened the spread of information, and as a result, the number of fatalities from natural disasters has decreased. Addressing at the inaugural World Media Congress in Abu Dhabi, United Arab Emirates, was the Secretary. Apurva Chandra commended the United Arab Emirates for hosting an inaugural meeting of this kind. He continued by saying that the host nation and India have many characteristics.

The Secretary gave a brief overview of India’s media environment, noting that there were 897 television channels, more than 350 of which were news outlets, and more than 80,000 newspapers published in a variety of languages. Unfortunately, he continued, there has recently been a change in favor of new media, with kids using this new media to consume information.

According to the Secretary, the administration was faced with a dilemma because this called into question the government‘s trustworthiness. He continued by saying that it was important for the government to develop strategies to control this phenomenon, and as a result, India developed a self-regulatory system that guarantees that the first level of complaints can be settled at the bottom of the society news outlet.

India, according to the CEO of Binance, is not a promising market for cryptocurrencies.