The co-founder and CEO of cryptocurrency exchange Binance, Changpeng Zhao, stated that he does not currently see a lot of potential in the Indian crypto market. One of the most important individuals in the cryptocurrency sector, Zhao, remarked at a TechCrunch crypto conference on Thursday, “I don’t think India is a particularly crypto-friendly climate.

Zhao’s remarks come after the catastrophic fall of Binance’s competitor FTX, which has shaken the cryptocurrency community. Particularly in India, the cryptocurrency business has been constantly in upheaval as a result of governmental taxing enthusiasm and regulatory uncertainties. Zhao also commented on India’s tax system. He claims that the nation’s high tax climate has made it challenging for multinational corporations to function. There won’t be that many transactions if you impose a 1 percent tax on each one, he claimed. “A person may trade 50 times a day and still lose over 70% of their capital. A form of exchange with an order book won’t have any volume. Thus, we do not now envisage a profitable business in India. All we can do is wait. We are attempting to provide some logic there in our conversations with various industry associations and powerful figures,” he said. This is not Zhao’s first time warning about the Indian cryptocurrency sector.

The CEO of Binance had earlier this month predicted that India’s high tariffs on cryptocurrency transactions will “destroy the sector” there. Zhao had said at a conference in Singapore that India’s high tax rate would probably kill the industry. His remarks followed the government’s introduction of an additional 1% tax, to be deducted at source, on transfers of digital assets worth more than Rs 10,000 or a total of Rs 50,000 in transactions over a single fiscal year with vaporized trading volumes.

The move comes after any gains on the transfer of cryptocurrency assets have been taxed at a rate of 30% since April, which is higher than in many other countries, including the US and the UK. One of India’s oldest cryptocurrency exchanges, ZebPay, is looking to expand abroad as local regulations choke the market. With trading volumes declining and a nasty argument with Binance over its ownership further vaporizing transactions, WazirX also felt the brunt of the taxes.

It’s too late for Binance’s clever plan to save cryptocurrency.

Few were ready for the abrupt shutdown of the cryptocurrency exchange FTX on November 11. The incident has prevented hundreds of thousands of customers from accessing their money, and the fallout has erased billions of dollars from the market while also raising questions about the reliability of other cryptocurrency businesses.

Since FTX was so deeply ingrained in the cryptosphere, many businesses, including crypto lenders Genesis and BlockFi, have hurriedly calculated their financial exposure to the collapse over the past week out of concern that they might be dragged down in the wave. However, some see an opportunity in the crisis and are preparing strategies to stop its spread. During a Twitter Spaces Q&A earlier this week, Changpeng Zhao, CEO of Binance, stated, “We think this is a very good cleansing period.” The industry is much healthier and the weak projects are no longer there. 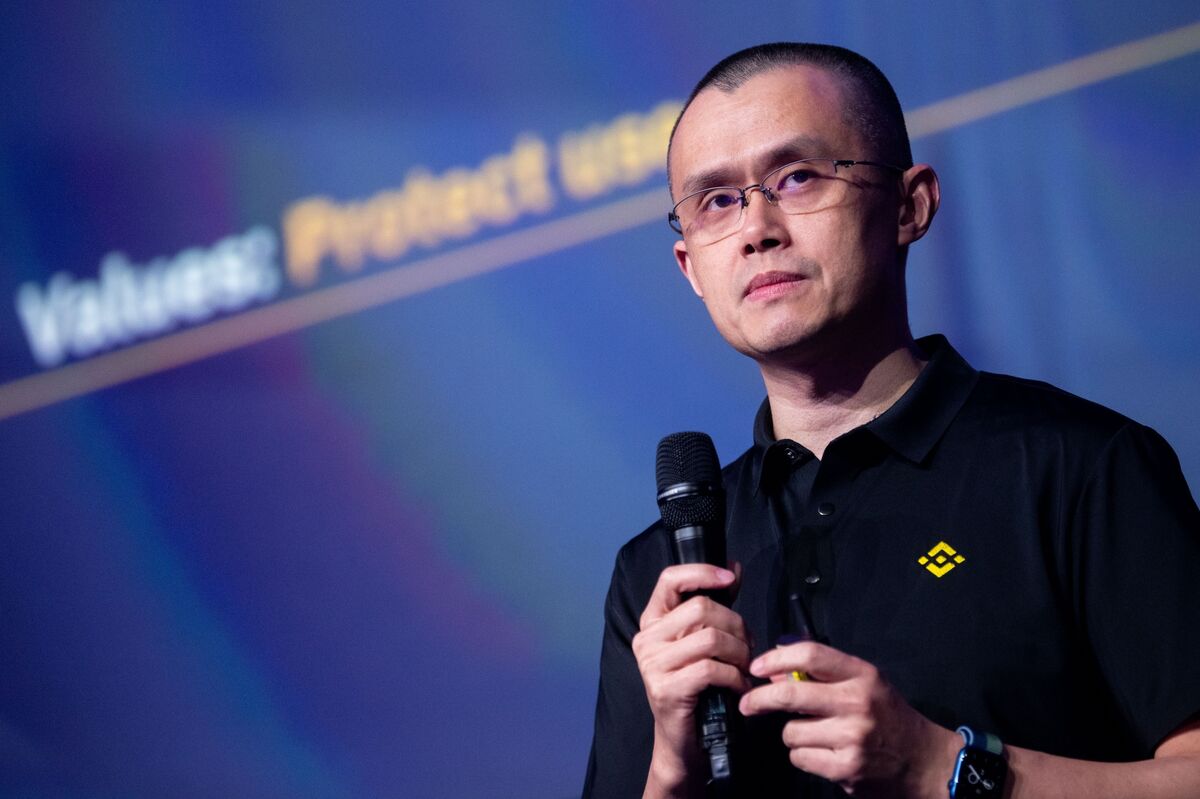 Zhao, who goes by CZ, claims he has a strategy to deal with the FTX saga’s effects and restore confidence. Since one of Binance’s primary rivals is no longer in business, the company’s voice as the biggest cryptocurrency exchange in the world has gained even more clout. Since November 8, CZ has tweeted a series of announcements about Binance, including the launch of a recovery fund and the publication of a transparent “proof of reserves” to show that the company has enough cash on hand to cover withdrawals.

He then published a blog post on November 15 outlining the best exchange practices, which can be summed up as: Don’t gamble, don’t borrow, and don’t defraud. When an industry is still developing, “we cannot allow a few bad actors to tarnish its reputation,” CZ wrote.

Numerous other cryptocurrency exchanges have imitated this during the last week. Proof of reserves has been made available by Bitfinex, Crypto.com, Huobi, OKX, and Kucoin, among others. Some, like Kraken and Coinbase, tried to draw attention to the fact that they had been releasing accounts for some time. Almost all of them have either agreed to contribute to CZ’s recovery fund or to continue investing in cryptocurrency businesses.

The conversations have a muted but upbeat atmosphere. They anticipate that greater transparency will lessen the possibility of being accused of FTX-style accounting while still enabling them to continue to attract crypto newcomers. According to Blair Halliday, UK managing director of Kraken, an exchange that presently processes $600 million in cryptocurrency transactions every day, “this has been a big setback for the crypto business.”

“However, we think that reasonable industry procedures, including proof-of-reserves checks, would be a critical place to start to rebuild the ecosystem’s lost confidence.” Similar to this, Paolo Aroino, CTO at Bitfinex (which facilitates daily trades worth $100 million), asserts that only exchanges with a reputation for good governance will survive but that “the cryptocurrency industry will emerge stronger” as a result of the ordeal.

The FTX collapse, according to some business titans, should be viewed as a chance for a more thorough evaluation and a return to the decentralization that was the cryptocurrency movement’s guiding principle. Hayden Adams, the inventor of UniSwap, the biggest decentralized exchange in the world, says that the experience is beneficial for the sector. The fact that [FTX founder Sam Bankman-Fried] was able to accomplish his goals indicates that he was creating a centralized product under his complete control.

DEXs never take custody of customer money, and trades are performed on a peer-to-peer basis, in contrast to traditional exchanges, which allow users to exchange fiat cash for cryptocurrency and hold assets on behalf of consumers. Adams claims that this decentralized solution gets rid of the intermediary risk that caused FTX to get into trouble in the first place. 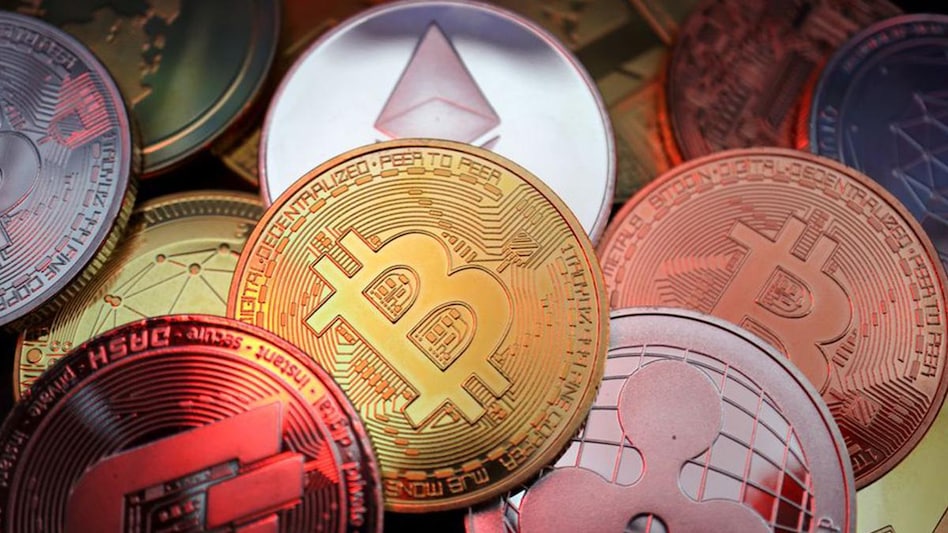 From the standpoint of the user experience, UniSwap is still a work in progress. Adams claims that “if you were to compare us to the internet, we’re still in the dialup era.” However, he thinks DEXs will eventually replace exchanges like Binance as the preferred method for trading cryptocurrencies. None of the precautions that cryptocurrency exchanges are taking will stop the period of increased regulatory scrutiny that is about to start.

According to Charley Cooper, former COO of the US Commodity Futures Trading Commission (CFTC), regulatory efforts to date have moved too slowly, in part due to the complexity of the underlying technology. However, the magnitude of the FTX collapse is probably going to inspire regulators all over the world.

Some have argued that the several high-profile collapses in traditional banking might serve as a beneficial example for crypto regulation. It is almost certain that the virtual assets industry will follow the same path as financial institutions, according to Justin Sun, the founder of the TRON network and a member of the Huobi Global advisory board. He notes that crises in financial institutions have typically been followed by “enhanced regulations and scrutiny [that] served to strengthen the industry.”

Markets in Crypto Assets (MiCA), a new set of regulations that will apply to crypto organizations and which the EU has been developing for the past two years, aims to safeguard both consumer funds and the stability of the financial system. The specifics are now complete and will be put to a vote in February 2023.

The Biden administration in the US, meantime, announced intentions in September to regulate the cryptocurrency market for the first time. The new framework seeks to combat fraud and ensure financial stability while providing enough room for creativity and entrepreneurship. It’s challenging to achieve this balance, though, and it’s unclear whether the Securities and Exchange Commission or the CFTC should be in charge.

The cryptocurrency community is divided on whether more regulation is a good thing: Those drawn to cryptocurrencies for their role as a deterrent to government overreach will shudder at the thought of tighter regulation, while others have concluded that businesses need regulations to establish stable platforms and give customers the protection they deserve.

The founder of FTX, Bankman-Fried, has frequently visited Capitol Hill and has been a vocal supporter of stricter regulations. He specifically backed a bill called the Digital Commodities Consumer Protection Act, which has not yet become law and could, among other things, tighten restrictions on DEXs.

However, a piece published by Vox yesterday questioned Bankman-belief Fried’s in regulation. He tweeted to a reporter in private, saying, “Fuck regulators.” “They just make things worse,” Bankman-Fried has since retracted his remarks, perhaps regretting his candor, saying that some regulators have “deeply impressed” him. Whatever his true beliefs, it appears that he will ultimately play a key role in changing the regulatory environment through a circuitous process.

Fighting Fake News And Misinformation Is The Most Difficult Challenge, Says I&B Secretary