We have been discussing funding almost daily. The startup culture of the country is moving and expanding to such a large extent, that we have some news almost daily of fundings, mergers, acquisitions, and whatnot.

The investors are back in action and are constantly looking out for startups and businesses that have the potential to expand and move forward in the future.

Let us discuss the emerging and interesting startup which was in the news recently for the funding it has received.

The startup, Kafqa Academy, has raised a funding of USD 1.3 million, as announced on October 21, 2021. The round of funding was the pre-Series round of funding and was led by Global Founders Capital (GFC).

The other participants of this round were the institutional investors like Enzia Ventures and Better Capital.

Many angel investors were also part of this round of funding.

The startup, Kafqa Academy, plans to use the funds raised in technology and content development, thus expanding and accelerating the growth and experience. The startup aims to help the artists which have suffered tremendously because of the pandemic.

The artists are dependent on human interactions for their income- which is through performance, classes, and art showings.

We accept that the employment opportunities are now improving post-pandemic since the economy is opening up, but the opportunities and options for artisans are improving very slowly as compared to the other industries.

The startup thus wants to support such artists by providing them the technology, infrastructure, and training, so that they can improve their learnings and income.

Founded in Bengaluru, Kafqa Academy is engaged in offering high-quality learning experiences that are accessible and convenient.

The startup is on the mission to serve the artists from their first step in the performing arts to their success on the largest stages in the world.

The vision of the startup is to create a global performing arts academy serving learners while nurturing an artists’ community by offering them opportunities.

The startup believes that the world needs more art and more artists. The startup, Kafqa was born out of this belief and the love of the founders for the stage.

It has been named after the European author, Franz Kafka, and the Kafka Layer- the approach of the startup is to build a marriage between art and technology. The startup has used the letter “q” instead of “k” in Kafka because of the artistic interpretations. 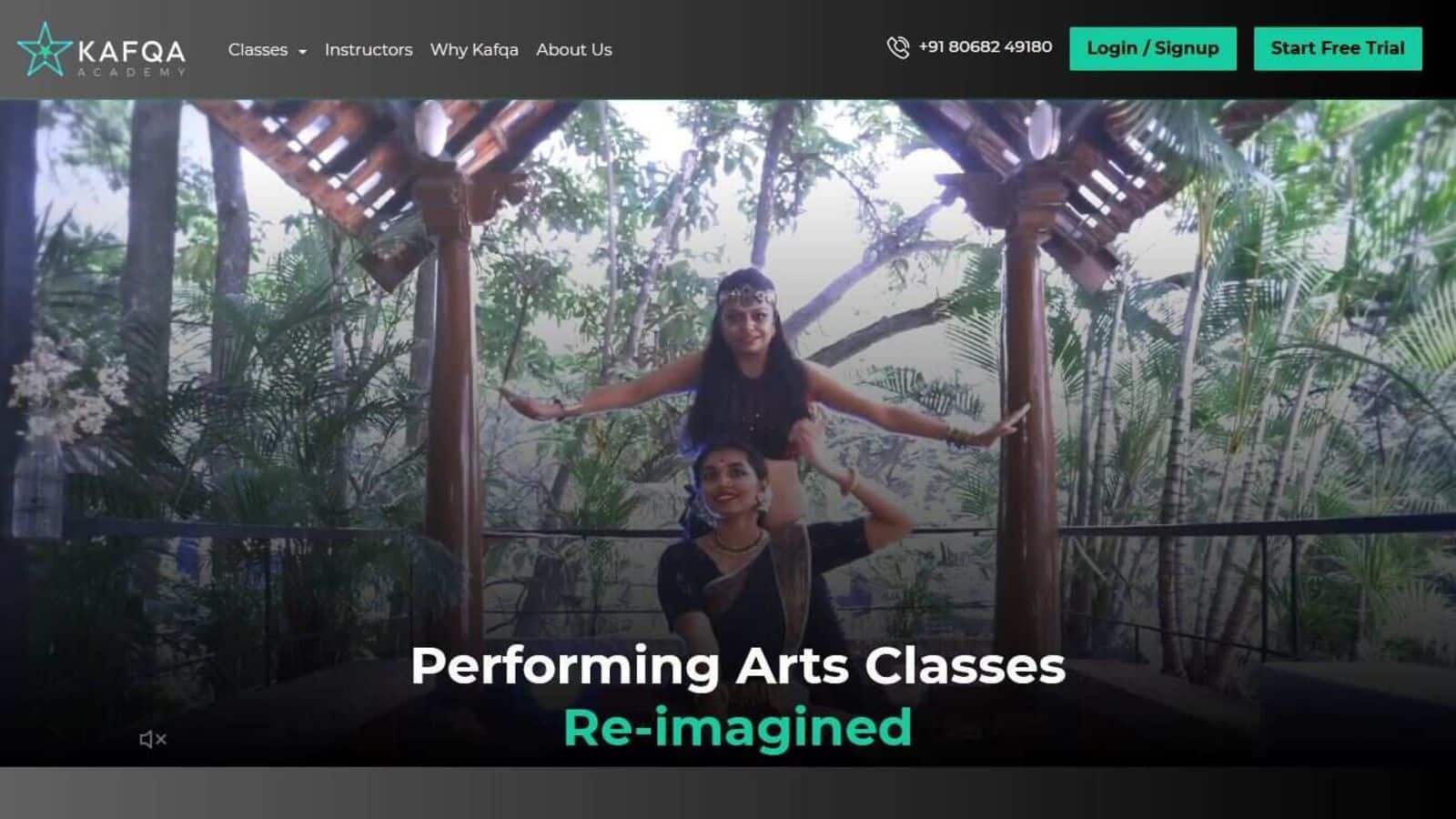 1. Convenience and Comfort– The users/ students can attend the classes from the comfort of their homes

2. Unlimited Revision and Practice– The platform of the startup provides revision tools and videos for practice

4. Convenient Class Timings- The students/ users can choose class timings that are convenient for them.

6. Save time, money, and energy- Online learning from homes saves time and energy

7. The “All-in-One” experience– The platform of the startup has a large variety of courses under one membership, thus giving an opportunity to the students/users to explore more.

The courses offered by the startup are- Hip Hop, Bollywood, Bharatnatyam, Speech and Drama, and Western Singing.

The startup is also looking to meet the rising demands for Indian art forms outside India, as cultural assets of the country like arts, heritage have become a topic of aspiration and admiration by the community around the world.

The startup has increased its team members to more than 100, including the 50 instructors. 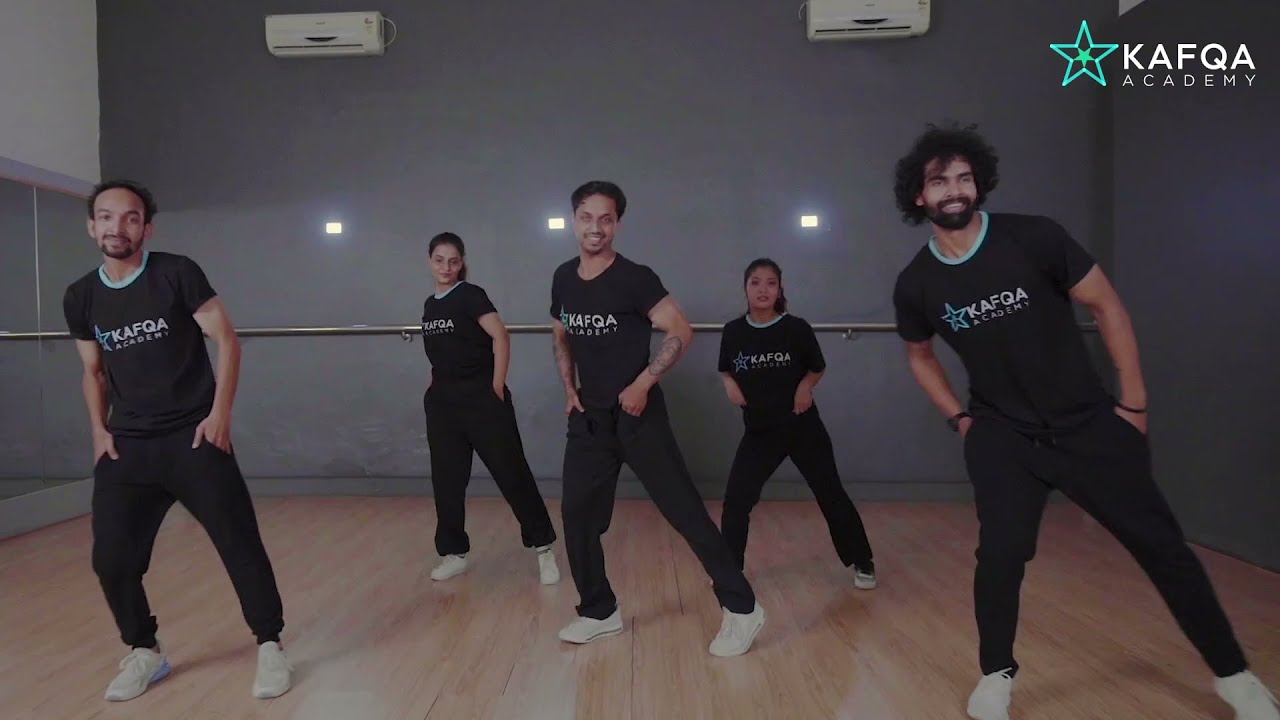 About the founding members of the startup

Shariq Plasticwala is the Founder and the CEO of the startup, Kafka Academy. He is an IIT Bombay graduate with a bachelor’s in Aerospace, Aeronautical, and Astronautical Engineering. He is an MBA from Stanford University Graduate School of Business.

He has been a Senior Development Manager at Amazon, and CEO and Board Member at Medisync Health Management Services.

Ridhi Gupta is the founding member of the startup, Kafqa Academy. She is also the vice president of the Dance at the Academy. She is a Bachelor of Commerce graduate from the University of Delhi.

Post which she did her MBA in Human Resources and Management and Services from Guru Gobind Singh Indraprastha University. She has also been an instructor and operations manager at Shiamak Davar International Ltd.

Pranay Sinha is the founding member of the startup, Kafka Academy. He is also the head of content at the Academy. He has a Btech degree in Electricals and Electronics from Manipal Institute of Technology. He is a PGDM graduate in Digital Marketing and Communication, from MICA Ahmedabad.

He has been a creative lead at BYJU’S, post which he was a Media and Production Manager at MyCaptain. He is a mindful leader, who motivates and empowers all relevant stakeholders and uses an analytical framework with a creative approach to assist his team to reach their goals.

The other team members of the Academy are-

The Founder and CEO of the startup, Shariq Plasticwala, made a statement saying that he is thankful to the investors who gave their vote of confidence when the startup was at its pre-launch. He further said that the investment has given the startup an opportunity to grow and develop.

The art sector in the country is currently of the value USD 3 billion and is expected to reach USD 8- USD 10 billion by the year 2027.

Talking about the industry globally, it is currently at USD 20 billion and is expected to reach USD 40 billion by the year 2027.

The startup is refreshing, bringing something new. We wish the startup a stroke of good luck and a bright future ahead.

Review of the HP Victus 16, a well-designed affordable gaming laptop for the people.