An undeveloped, rural region of northern Sri Lanka, not far from the southernmost tip of India, is home to a tiny community of fishermen who operate in the shallow coastal waters around Pooneryn. It’s the spot where Indian business magnate Gautam Adani, who recently surpassed Jeff Bezos to become Asia’s wealthiest man, plans to build renewable energy projects, putting him in the heart of a global political fight.

Crucial fighting due to its location on major worldwide shipping routes and its ability to feed New Delhi’s concern about being encircled by its Asian rival, Sri Lanka is currently experiencing perhaps the scariest financial recession since gaining independence from Britain in 1948. As a result, India has re-engaged and is simply attempting to tip the scales in a business strategy struggle with China on the peninsula.

Adani, a steadfast backer of Indian Prime Minister Narendra Modi, is at the leading edge of these initiatives. His organization has always denied allegations that it negotiated questionable port and energy partnerships that were tied to New Delhi’s objectives, maintaining that the investments were made to meet the demands of Sri Lanka. Nonetheless, this charge has been leveled by certain Sri Lankan MPs.

Managing a large conglomerate that encompasses ports, coal mines, and also the generation and balance of power, Adani commands a $137 bn wealth. Whereas Adani emanates the vast majority of his wealth from India, he has slowly entered into more international agreements and stated to stockholders in July that he strives for a “broader expansion” outside of India with “several” government agencies offering his consortium to build their facilities. 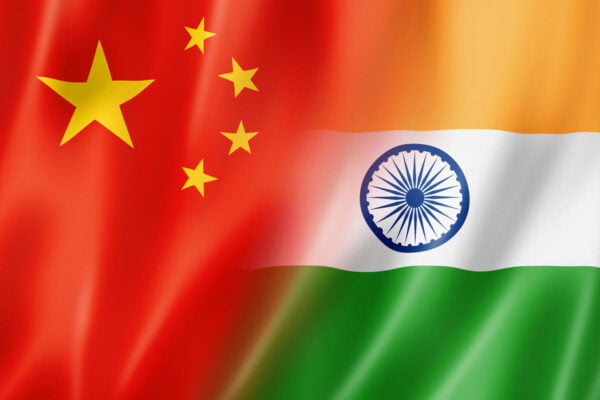 According to rumors, Adani might fund India’s challenge to China, for whom the Belt and Road expansion project seeks to increase Beijing’s dominance in important countries and even on the global stage. This is because of Adani’s perceived proximity to the Narendra Modi regime and even those acts. Akhil Ramesh, a resident associate at the Pacific Forum research association in Honolulu, stated that Adani “may find success in countries where the Indian government has better linkages than the Chinese government.”

Adani’s initiatives in nations like Israel and Sri Lanka put them in direct competition with Chinese state-owned companies, despite India’s shortage of its neighbor’s economic backing.

Sri Lanka is where this tension has reached its highest level of expression. According to several Indian and Sri Lankan officials who spoke to Bloomberg News, Adani’s investments on the tiny triangular island support the objectives of the Modi administration in a similar way to how his businesses in ports, power, and cement support the goals of the country’s economic aspirations. Adani has often denied accusations that his enterprises receive preferential treatment under Modi’s regime.

Adani emphasized the “strong linkages” seen between the two countries at a discussion with the former president of Sri Lanka, Gotabaya Rajapaksa, in October of last year, barely a few months following sealing a $750 million agreement for the Port zone. It was a unique example of Indian infrastructure development in Sri Lanka considering Colombo had earlier gone to Beijing. Through Belt and Road, India has well invested in borrowing initiatives and funded it all from docks to motorways.

Soon after that meeting, a division of the Adani Group, which wanted to raise $70 billion in renewable power, traveled to northern Sri Lanka. The territory has seen a severe shortage of investments because since the conclusion of the nation’s 26-year civil conflict in 2009.

According to multiple sources with immediate familiarity with the situation, the visit emerged to be a turning point since, not long after, the Rajapaksa administration blocked Chinese solar installations on islands in the Palk Strait in both India and Sri Lanka due to concerns about security from New Delhi. Afterwards, the Chinese embassy in Colombo confirmed on social networks that the solar installations had been shut off.

According to local media reports, Adani secretly made contracts to develop 500 megawatts of renewable energy projects in Pooneryn and Mannar, two other northern districts close to India. This information was later corroborated by a post on Twitter from Sri Lanka’s power minister, Kanchana Wijesekera.

In addition to being surrounded by Chinese-friendly governments in Pakistan, Sri Lanka, and Bangladesh, India is concerned about Chinese entry to the Indian Ocean, “said Katharine Adeney, a professor at the University of Nottingham and a specialist in South Asian affairs. China’s solar power projects were replaced by Adani’s in a “deliberate strategy that we are likely to witness more of, “She spoke.

Both the Adani Group and the Indian foreign ministry’s representatives rejected to respond. Both the Sri Lankan government and the Chinese embassy in Colombo released a statement, but neither responded. The ministry of power, Wijesekera, did not reply to Bloomberg’s questions. The Indian tycoon has even begun to openly criticize China, claiming in Sept at a meeting in Singapore that Belt and Road were experiencing “opposition” and that China was becoming “isolated and withdrawn.” Adani’s worldwide aspirations still meet obstacles. Local news outlets and opposition lawmakers in Sri Lanka have charged that the billionaire’s businesses have evaded the legal system as he increased his power there. Ajith Perera, the head of Samagi Jana Balawegaya, the biggest socialist party in Sri Lanka, denounced Adani for entering the nation’s energy sector “back door” shortly after Sri Lankan media reported that the company had inked the northern power agreements in March. On Facebook, Perera said that Rajapaksa’s government was “consoling” Modi’s “infamously companions.”

It must be open to the public and put up for bids, “In conversations with Bloomberg News, renowned SJB politician Eran Wickramaratne added that parliament had not been given permission to review the contracts. We don’t care about the investment’s color, he said, but it must be transparent and fair to all parties. We must take responsibility for our own democratic system, he added, not the potential consumer.

Requests for comment from Rajapaksa‘s spokeswoman went unanswered. The Adani Group stated that its intention in investing in Sri Lanka “is to serve the requirements of a valued neighbor” in a statement regarding the demonstrations to the Press Trust of India media outlet. We believe this is a crucial element of the ongoing collaboration between our two countries as a responsible corporation.”

The Ceylon Electricity Board Engineers’ Union planned to go on protest in June against regulations that eliminated public competitiveness from the selection of wind and solar projects, citing Adani’s intentions for northern Sri Lanka in particular.

A parliamentary committee later reported by the head of the state-run utility that Sri Lanka had been under the influence of Modi’s regime to approve Adani’s energy projects. Shortly following issuing the comment and after Rajapaksa “categorically” disputed the accusations, he announced his resignation, stating he was “emotional” at the time.

An inquiry for comment was not answered by a CEB spokesperson. “Clearly, the detraction that appears to have surfaced has left us disappointed, “According to a report by the Indian television network NDTV. The Adani Group stated this at the time. There were protests in Colombo. Signs read “Stop Adani” and “Modi Don’t Exploit Our Crisis” as the throng marched.

Adani is a native of Gujarat, a state in western India, just like Prime Minister Modi. He contributed to the growth of his wealth during the previous ten years by concentrating on industries that were critical to Modi’s national agenda. One of India’s worst examples of sectarian riots happened in Gujarat in 2002, only months after Modi was appointed chief minister, leaving more than 1,000 people dead, most of them Muslims. Human rights organizations accused Hindu nationalist Modi of not doing enough to stop the violence; he has refuted these accusations, which were later upheld by the country’s Supreme Court.

One of the local Gujarati entrepreneurs who helped establish a biennial investment summit in the state that showed Modi a platform to showcase his pro-business image was Adani, whose companies had yet to grow across the length and breadth of India. Even though Modi got appointed prime minister in 2014, Adani’s wealth has increased dramatically.

China‘s Belt and Road Project has recently invested billions of dollars in South Asia, but Sri Lanka’s crippling economic crisis—combined with electricity, gasoline, food, and medical supply shortages—gave India a possibility to expand its influence with its smaller, strategically important neighbor. This year, New Delhi provided Sri Lanka with $4 billion in aid and credit lines in an effort to avert a humanitarian crisis at its doorstep and promote its geopolitical goals.

After a period of violent turmoil, Rajapaksa left the nation in July and gave Ranil Wickremesinghe the reins. Ever since, as his administration begins debt restructuring negotiations with both Beijing and New Delhi, Wickremesinghe has worked to reduce anti-Chinese prejudice. “Ranil is a highly realistic leader in that he comprehends the necessity for every international actor at this time, he won’t take sides, “said Bhavani Fonseka, a senior researcher and attorney at the Centre for Policy Alternatives in Colombo. Adani’s renewable initiatives “didn’t receive the attention it ought to have” at the exact same time “There may be a possibility for reassessment given the ongoing upheaval in Sri Lanka and the current state of relative quiet, she suggested.

With China building the nearby Colombo Port City, a financial powerhouse akin to Dubai, and running the Colombo International Container Terminals Ltd., gaining a footing in Colombo’s new port is considered by Modi as being of particular importance. While Rajapaksa canceled an agreement to build the East Container Terminal at the new port after opposition from unions, India and Adani suffered a setback in Sri Lanka. However, the billionaire had success last year.

Adani Ports and Special Economic Zone Ltd., which holds a 51% part in a joint project with local giant John Keells Holdings Plc, was granted the right to construct, build, and manage the West Container Terminal after new agreements were reached. At a cabinet meeting in March of last year, Sri Lankan ministers asserted New Delhi had nominated Adani for the project, providing a rare glimpse into the connections between Adani and Modi. In the following month, a spokesperson for the Indian foreign ministry disputed this claim, calling it “blatantly false.”

The venture was also not openly bid on. In an open auction, India might have difficulty outbidding China, according to those with firsthand knowledge of the arrangement. As it stands, Sri Lanka’s government chose China Harbour Engineering Co. Ltd. in November to assist with building the East Container Terminal.

Samantha Custer, who is in charge of program evaluation at AidData, a research group at William & Mary University in Virginia, says that India seems to have a strong reason to want one of its businesses to build a port terminal close to China’s port project. She argued that Indian businesses are often an obligation as a result of Beijing’s desire that contracts be undertaken by state-subsidized Chinese companies.

“Geostrategic considerations are one of the driving forces for moving forward so that a politically connected Indian corporation will accept delayed or uncertain economic returns, “Custer stated. However, a shaky economic return on investment is not the same as receiving no return, and the Adani Group probably understands that this is a long-term strategy with a high risk/high reward scenario.”

Meta to go through another round of layoffs? Here's why