The aspiration of the corporation to raise a minimum of $5 billion in equity would help solve the rising debt percentages and a tiny investment portfolio, which are 2 of the most prevalent criticisms that have been levelled against the rising empire of Indian business magnate Gautam Adani.

Following 4 years of head-turning profits, Adani Group shares increased by more than 2,000%—Asia’s richest person is beginning a fundraising drive that will likely provide a local stock sale and also buy-in from significant investment firms in the Middle East and Canada. 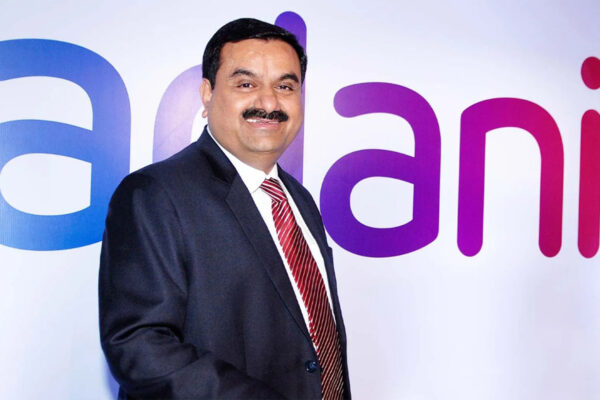 The conglomerate owned by billionaire Gautam Adani announced on Friday that it would raise Rs 20,000 crore in stock to support group expansion goals. This is seen as an attempt to appease complaints the company has heard over the past several months concerning its massive debt levels and limited investment portfolio.

According to a stock exchange filing, Adani Enterprises will raise money through the issuance of new equity shares. After a recent acquisition binge, the group is poised to benefit from the capital increase by reducing leverage and debt ratios. According to a Bloomberg estimate, the cumulative net debt of six of its group companies is currently $20 billion.

In recent months, Gautam Adani has made large investments in a variety of industries, including media, cement, and green energy. However, detractors claim it has increased financial complexity and leverage.

Adani Enterprises eagerly wants to carry out the biggest further public offering (FPO) in the country with a target raise of Rs 20,000 crore. New equity stocks might be issued at the start of the next year. Adani can increase his investor base, boost stock liquidity, and improve his debt ratios with the money raised. 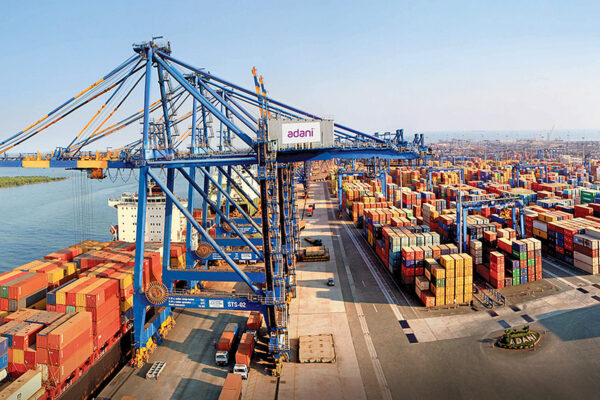 How Adani intends to broaden its investor base

According to Bloomberg on Wednesday, Adani executives are courting various international sovereign and pension funds, including Mubadala Investment Co., Abu Dhabi Investment Authority, and the Canada Pension Plan Investment Board.

According to some with knowledge of the situation, the total fundraising amount might reach $10 billion. The Adani group is seeking participation from other big Middle Eastern and Canadian investment funds. According to the story, which cited persons with knowledge of the situation, the organization has even considered raising as much as $10 billion.

From mines, ports, and power plants to airports, data centers, and defense, the Adani group has expanded its business. It just entered the cement industry by spending $10.5 billion to purchase Holcim’s India operations, and it also plans to build an aluminium factory. Debt served as a major source of funding for this expansion.

When a rating agency pointed out that the company was severely overleveraged with too much debt before repairing itself, the rise in Adani Group’s fortune over the preceding few years came under scrutiny. However, despite adjustments, the newspaper noted that Adani’s leverage had increased, and the billionaire is now raising $5 billion via a local share sale to allay worries.

According to CreditSights, a Fitch Corporation subsidiary, Adani’s ports-to-power-to-cement conglomerate is “seriously overleveraged,” with the group primarily using debt to make aggressive investments across existing and new companies.

The worst-case scenario for too ambitious debt-funded expansion plans, according to CreditSights, may lead to a significant debt trap, a distressed position, or the default of one or more group firms. The company highlighted a better net debt to operating profit ratio and a reduction in loans from public sector banks of more than half in its response. The $5 billion inflow will not only reduce leverage and enhance the debt-to-income ratio, but it may also attract new investors to show stability.

In an earlier response, Adani made it clear that its debt to public sector banks had been cut in half. For the quarter that ended in September (Q2 FY23), Adani Enterprises recorded a quarterly profit that more than doubled. For his attempt to take over Ambuja Cement by acquiring Holcim’s interest in it, Adani has secured $5.2 billion in loans from international banks.

According to media sources, the State Bank of India has also underwritten the whole $1.5 billion credit requirement for Adani’s Navi Mumbai airport project, which means that the lender has agreed to pay for it in the event of a loss.

The Adani group’s systematic capital management program, which has been in place since 2019, includes equity fundraising plans. In accordance with this scheme, QIA and International Holding Co., which has its headquarters in Abu Dhabi, both invested money in the Indian business previously this year. One of the individuals claims that the fundraising would begin with Adani Enterprises and has nothing to do with the group’s intentions of raising borrowing.

Adani Group, Mubadala, ADQ, and ADIA representatives declined to comment. A QIA spokesman declined to comment, while a Royal Group spokesperson did not respond to a request for comment. According to two persons, bankers advised the group to raise this much equity to lower the group’s debt ratios. The offering would also increase the stock’s liquidity, addressing two of the most common complaints against the ports-to-power business.

CreditSights, a research company, had raised concerns about the Adani Group’s “elevated risk” “September’s leverage. The conglomerate had reacted angrily to the article, describing the leverage ratios of its companies as “healthy.” Adani’s potential action is comparable to that of another billionaire Indian, Mukesh Ambani, who sold his company Reliance Industries Ltd. stock to increase more than $27 bn from overseas buyers in 2020.

WHO to identify viruses that could cause future pandemics. Disease X is on priority list.

New Company Registration System Will Be Operational By December