As the Palestinian Islamist movement Hamas’ secretive military leader emerged from the shadows last week, he decided to comment on a land dispute in East Jerusalem, promising to retaliate if Palestinian people were evicted from their homes. “The enemy will pay a high price if the violence against our civilians does not end immediately”, cautioned the commander, Mohammad Deif.
Hamas made good on its threat, launching over a thousand rockets at Israel from the Gaza Strip since Monday evening. The barrage and Israeli counter-attacks on Hamas positions in Gaza have put the two sides on a collision course and exacerbated tensions. The barrage, as well as Israeli counter-attacks on Hamas positions in Gaza, has put the two sides on a collision path and heightened tensions in Israel and the Palestinian territories. Hamas’ display of force is one way the militant group is attempting to win over young and disgruntled Palestinians, such as those who have led the anti-eviction demonstrations but have lost confidence in their ageing leaders and given up hope for an independent Palestinian state.
Michael Milstein, head of the Palestinian Studies Forum at Tel Aviv University’s Moshe Dayan Center, believes Hamas is currently fostering a well-calculated and well-planned crisis. Since Hamas took control of the Gaza Strip in 2007, Israel and Hamas have waged three battles. There have been many escalations that have threatened to transform into full-fledged violence.
The Islamist group, in collaboration with the Iranian-backed Palestinian Islamic Jihad, has launched a bombardment of over a hundred rockets directly at Tel Aviv, Israel’s commercial capital. Ethnic unrest has erupted in Israel, with pro-Palestinian Arab settlers clashing with their Jewish neighbours in mixed cities, forcing the government to deploy border police troops to quell the protests. The ongoing eviction demonstrations have focused on a court decision that would see four Palestinian families evicted from their homes in the East Jerusalem neighbourhood of Sheikh Jarrah and replaced with right-wing Jewish tenants that Israeli courts determined were the legitimate owners. The case is currently before Israel’s Supreme Court for a final decision.
Hamas has given an ultimatum to Israel until Monday evening to withdraw its forces from Sheikh Jarrah. The troops were stationed as part of the security precautions in place for the regular demonstrations. As the deadline approached, Hamas launched a volley of rockets at Jerusalem, prompting an Israeli response. Israeli airstrikes have killed 65 Palestinians since Monday, including 16 teenagers, according to Palestinian health ministry officials. According to Israeli authorities, seven Israelis have died as a result of Hamas rocket attacks that started Monday evening. Israel has targeted hundreds of Hamas and Palestinian Islamic Jihad agents, according to Prime Minister Benjamin Netanyahu.
About the fact that Palestinian youth do not have a single goal, many are discontent with the current situation. Whether it’s high crime and unemployment among Arab-Israelis or the hardships of life in the West Bank under Israel’s military occupation, few Arab-Israelis see a bright future. Many people use social media to air their public complaints. “There has been colonial separation to make Palestinians forget who they are as a nation, and this new wave of internet usage has helped us to reconnect”, said Mohammed El-Kurd, a 22-year-old poetry student from one of the Sheikh Jarrah families facing eviction. People are tired of being occupied and under siege. 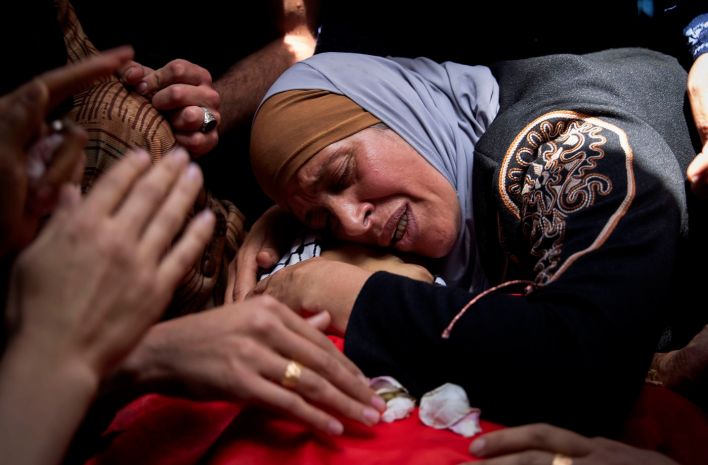 The chances of the Palestinians establishing a state separate from Israel, recognized as the two-state solution, have dwindled due to on-again, off-again peace negotiations. Palestinian officials in Gaza and the West Bank have opposed a Trump administration peace proposal that would encircle most of the Palestinian territory with Jewish settlements. The Palestinian youth’s views on the two states are also changing. According to opinion polls, many young Palestinians want a different path forward, such as a single democratic state for Israelis and Palestinians. Mahmoud Abbas, the 85-year-old Palestinian Authority President and one of the architects of the two-state solution, called off elections that were supposed to take place later this month, blaming Israeli reluctance to allow Palestinians in East Jerusalem to vote. Israel has remained silent on the topic. Mr Milstein, a Palestinian affairs analyst, said that Hamas is dreaming about the day after Abu Mazen, a pseudonym for Mr Abbas.
For the time being, Washington and Israel’s current Middle East partners are sticking to the long-standing process for peace negotiations. Rather than abandoning a two-state settlement, the Biden administration is searching for options to get closer to it, such as returning funding slashed by the Trump administration and fixing the widening economic divide between Israel and the Palestinian territories. According to White House press secretary Jen Psaki, President Biden ordered his staff last week to negotiate with Israeli and Palestinian leaders in order to de-escalate the crisis. The White House has denounced Hamas’ missile attacks on Israel, as well as extremism in Jerusalem that jeopardizes coexistence, she added. Bahrain and the United Arab Emirates (UAE), which normalized ties with Israel last year, have recently issued statements condemning Israel for the Jerusalem clashes and urging Israel to stop the evictions in Sheikh Jarrah. Hamas officials represent the party as a staunch supporter of the Palestinian people, and its rulers in Gaza have been open about leaping into the fray in Jerusalem and launching rockets at Israel. Hamas political leader Ismail Haniyeh said Tuesday that the equation connecting Gaza and Jerusalem is set in stone and will not alter.

See also  How pink eye can be a deadly sign of the Coronavirus?

Mask or no Mask? Businesses are confused as CDC relaxes Mask Rules