According to government sources, Omicron BF.7, the variety that is responsible for the recent uptick in China, has also been found in India. According to the data, two cases have been reported from Gujarat and one from Odisha. Gujarat Biotechnology Research Center found the first case in October.

According to an official source, “the low level of immunity in the Chinese population from the prior infection and possibly vaccination as well” may be the cause of the BF.7’s high transmissibility in China.

In the meanwhile, the Center is taking the necessary precautions to stay on guard in the face of an unexpected spike in cases in China and the US. Even if there hasn’t been a general increase in Covid caseload as of yet, experts stated during a Covid review meeting on Wednesday presided over by Union Health Minister Mansukh Mandaviya that ongoing surveillance is necessary to keep track of both existing and emerging varieties.

“I discussed the problem with authorities today in light of the escalating COVID-19 cases in several nations. Covid is still going on. I’ve instructed everyone engaged to increase security and stay watchful. We are equipped to handle any circumstance “In a tweet, Mandaviya stated. 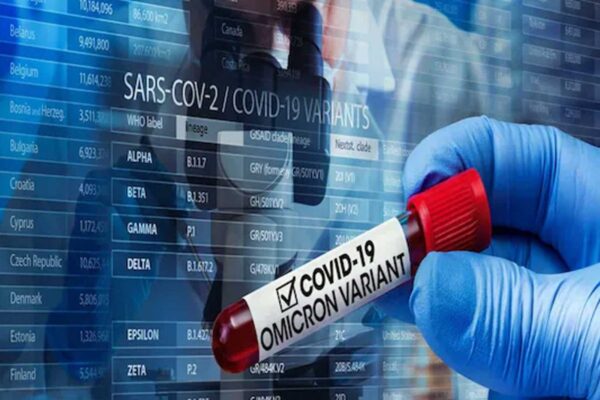 Following the review conference for Mandaviya, Dr. V. K. Paul, a member of the NITI Aayog (Health), on Wednesday recommended people get the vaccine and wear masks in crowded areas. He urged people not to worry and made it clear that the rules for international aviation travel had not changed as of yet.

When in a crowded environment, it’s best to keep your face masked. Those who are elderly or have comorbid conditions should pay special attention to this “Paul spoke.

Everything you require to know about BF

The Omicron variant BA.5’s sub-lineage 7 BF.7 has the strongest ability to infect people since it is very contagious, has a quick incubation period and has the ability to reinfect or infect even individuals who have received vaccinations.
The US, the UK, as well as European countries, including Belgium, Germany, France, and Denmark, have already reported finding it.

Random Covid tests will begin for overseas travelers as the number of cases rises globally. People with knowledge of the proceedings have informed us that the Indian government has directed to commence random sampling of international passengers for Covid-19 as of today. This comes after the Union Health Ministry’s high-level meeting to examine the current Covid-19 situation in India.

As coronavirus infections increase globally, particularly in China, the United States, South Korea, Brazil, and Japan, the government has decided to reintroduce Covid-19 testing-associated measures at airports as part of preventive measures.

According to officials, three instances of Omicron subvariant BF.7, which appears to be the strain behind China’s recent spike in Covid cases, have been discovered in India thus far, according to news agency PTI. In India, BF.7 first became known in October, according to the Gujarat Biotechnology Research Center. According to them, two instances have so far been reported from Gujarat and one case from Odisha.

Dr. V. K. Paul, a member of Niti Aayog, stated on Wednesday that just 27–28% of persons had taken the coronavirus infection prevention dose. Paul’s remarks, which emphasize the necessity to take the precautionary dose, follow an alarming rise in Covid-19 cases worldwide, particularly in China.

Dr. Paul advised individuals to continue wearing masks when in crowded areas. When in a crowded location, whether indoors or out, it is recommended that you wear a mask. For individuals who are elderly or have comorbid diseases, this is extremely important, “he stated.

According to data from the Union health ministry, India’s Covid-19 tally increased to 4,46,76,330 on Wednesday, December 21, with 131 new infections, while the number of active cases decreased to 3,408.

The data showed that three further deaths, including two deaths reconciled by Kerala and one reported from West Bengal on the previous day, brought the total number of deaths caused by the viral disease to 5,30,680.

Will India be affected by the China Covid-19 crisis? An alternative is this: vaccination analysis. 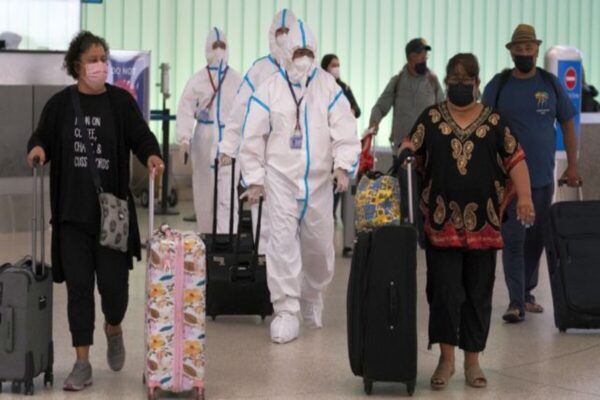 There has been a substantial increase in Covid-19 instances in China, which has shocked the entire world. Even the Indian government has reacted, with the center sending warnings to the states and the health minister writing to Rahul Gandhi to ask him to halt his Bharat Jodo Yatra.

Should India hit the panic button even though prevention is preferable to cure? Do we need to be ready for a 2021 remake? There is no need to fear, according to Adar Poonawala, founder and CEO of the Serum Institute of India, which produced the widely used Covid vaccination Covishield.

One of the most severe Covid virus stages is being fought in China. According to news reports that are slowly making their way down from the nation, BF.7, a sub-variant of Omicron, is the predominant viral strain. It’s something that’s been around for more than a year. According to research by Live Science, BF.7 is an acronym for BA.5.2.1.7, a branch of the omicron variation BA.5.

The most contagious of all the variations, including BA.1 and BA.2, is thought to be BF.7. According to Vijayanand, a Covid data analyst, “China Covid Crisis, the present variants in China are just Omicron Sublineages BA.2.75, BA.5, BQ.1, XBB; all of these variants have been discovered in the rest of the globe. Therefore, this Chinese issue won’t affect the rest of the world, including India. No need to worry or panic, therefore.”

These strains have apparently been present in India for months, as evidenced by data from the country’s SARS CoV 2 genomic surveillance program, or INSACOG. Since the zero casualty policy was abandoned and lockdowns were relaxed, the situation in China has gotten worse; as of December 20, 5241 people had died, and analysts expect that number to rise.

It has removed travel restrictions, terminated the widespread lockdown, and even permitted those who have SARS-CoV-2 to isolate at home rather than in centralized facilities in an effort to rescue the economy. Even testing is now optional. Another thing to worry about is vaccine reluctance.

If China abandons its zero-COVID strategy, a British scientific information and insights firm called Airfinity estimates that between 1.3 and 2.1 million individuals could perish as a result of poor vaccination and booster percentages, a shortage of hybrid antibodies, and some other variables.

Epidemiologist and health economist Dr. Eric Feigl-Ding attributes it to the poor quality of the Covid vaccination produced in China. The inferior CoronaVac (by Sinovac) & Sinopharm vaccines are a bigger issue. Observe how the neutralization performance against more current #omicron variants is subpar even with 3 injections of the primary CoronaVac shot; this is not good. China has not yet adopted the bivalent system.”