In March, annual consumer price inflation rose to 5.9%, up from 5.7 per cent in February, owing primarily to higher fuel prices.

This was slightly lower than predicted, with economists polled by Reuters expecting a 6% rise. The newest inflation figure is likewise within the Reserve Bank of South Africa‘s goal range of 3% to 6%. According to Statistics South Africa, the monthly change in the index was 1.0 per cent in March, up from 0.6 per cent in February.

On the other hand, food inflation slowed in March, with the annual rate falling from 6.4 per cent to 6.2 per cent.

For the third month in a row, Inflation remained above the central bank’s tolerance limit of 2% to 6%. Still, the full impact of rising crude oil prices will be felt only in April, as the government delayed passing on energy prices to consumers. The Reserve Bank of India raised its inflation prediction for FY 2022-2023 from 5.3 per cent to 5.7 per cent, citing rising commodity costs.

Due to India’s reliance on energy imports, the unpredictable impact of monsoon rains on its massive farm sector, difficulties delivering food goods to market due to inadequate roads and infrastructure, and the country’s high fiscal imbalance, consumer prices can be highly volatile. The consumer price index (CPI) took over as the primary measure of Inflation in 2013 when the wholesale price index (WPI) was phased out.

Bread and cereal prices continued to rise in March, rising by 1.1 per cent every month after a 2.4 per cent increase in February. Meat, milk, eggs, and sugar-related products have increased in price.

However, after three months of steep price increases, prices for oils and fats fell by 0.1 per cent. Despite a 0.7 per cent drop in price from February to March, Statistics SA indicates that sunflower oil is still 27 per cent more expensive than a year ago.

In March, fruit and vegetable prices fell somewhat. Statistics SA includes the most recent statistics on education fees in the annual inflation numbers in March. Annual education inflation rose to 4.4 per cent in 2022 after falling to a 30-year low of 4.1 per cent in 2021.

The rate of wholesale price inflation has shattered a 30-year high. 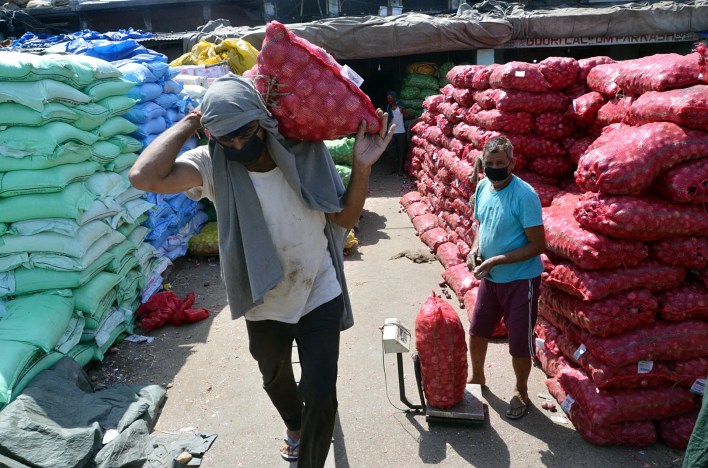 WPI-based Inflation reached 14.5 per cent in March, a four-month high, according to the latest figures issued by the commerce ministry earlier this week, compared to 7.89 per cent a year ago. In February of this year, WPI inflation was 13.11 per cent.

Based on the consumer price index, Inflation reached a 17-month high of 6.95 per cent in March. “The high rate of inflation in March is mostly attributable to price increases in crude petroleum and natural gas, mineral oils, and basic metals due to disruptions in the global supply chain induced by the Russia-Ukraine conflict,” according to a government statement.

As measured by the WPI food index, Inflation increased from 8.47 per cent in February to 8.71 per cent in March.

Fuel and power inflation, which had been declining, reversed direction in March, rising to 34.5 per cent from 31.5 per cent a month earlier.

WPI Inflation Hits a Four-Month High of 14.55 Percent in March as Crude and Commodity Prices Rise.

Since April 2021, the WPI inflation rate has remained in double digits for 12 months. In November, it hit 14.87 per cent.

According to a statement from the Commerce and Industry Ministry, “the high rate of inflation in March 2022 is primarily due to increases in the prices of crude petroleum and natural gas, mineral oils, basic metals, and other basic commodities as a result of disruptions in the global supply chain caused by the Russia-Ukraine conflict.”

Following Russia’s invasion of Ukraine on February 24, crude oil prices were primarily increasing in March. For the 11th time this month, the Reserve Bank kept its benchmark repo rate—the rate at which it lends short-term money to banks—at 4 per cent to promote growth. In addition, the RBI raised its retail inflation forecast for the current fiscal year from 4.5 per cent to 5.7 per cent.

Pensions feel the pinch as Inflation reaches new highs, making it more crucial to make sure yours is working for you.

As Inflation surges to all-time highs, it’s more vital than ever to ensure your retirement savings are working for you.

According to the latest consumer price index, Inflation in the United States climbed 8.5 per cent yearly in March, reaching a new 40-year high as the crisis in Ukraine pushed up energy costs. It was followed by a surge in the producer pricing index on Wednesday, which rose 11.2 per cent year over year to a 12-year high. Meanwhile, consumer prices in the United Kingdom grew at their quickest rate in 30 years in March, up 7% year on year, according to the National Statistics.

The latest report adds to an already grim inflation picture, with prices in many industrialised economies surpassing wage increases. As savings and retirees try to maintain their purchasing power amid the greatest cost-of-living crisis in decades and pension funds work harder to keep up with Inflation, this could significantly impact pensions.

“The savage inflation rate we’ve been experiencing for a year would devastate both individuals on a pension and the pension fund itself,” Dan North, senior economist at Allianz Trade North America, told CNBC.

Pension funds are feeling the heat. 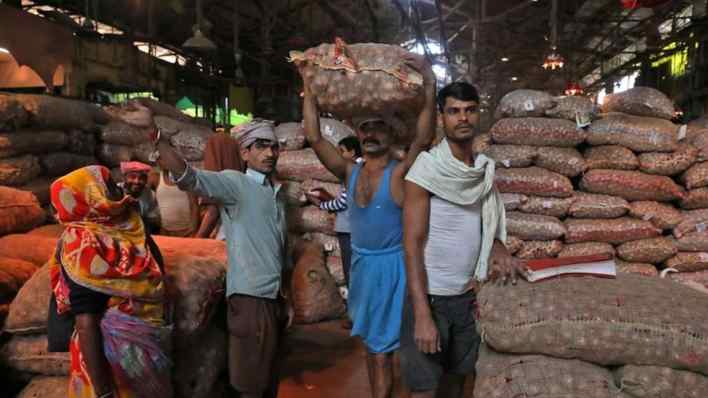 Rising Inflation will hardest impact seniors, especially those on fixed or low incomes, whose money would have to stretch further to pay for non-discretionary essentials like food and electricity. “Those who have retired and don’t have a defined annuity will be hit the worst,” David Knox, a senior partner at Mercer Australia, warned. An annuity is a financial product that provides retirees with a predictable income stream for the rest of their lives.

Even state pensions, which generally include annual adjustments to account for rising Inflation, known as “cost-of-living-adjustments” (COLAS), struggle to keep up in many circumstances.

“Every year, the average pension scheme provides a 1-2 percent COLA. Every month, our costs rise by that much “According to Chris Janeway, CEO of financial advisory business Fourth Point Wealth. “Watching food and transport costs climb so much is a major stress for individuals who have retired on a limited income.”

Meanwhile, those still working may be inclined to cut back or stop saving.

Their pension contributions or even take money out of their retirement accounts to satisfy immediate expenses. On the other hand, financial consultants advised against such movements whenever possible.

As a worker, here are some tips on keeping your money safe. 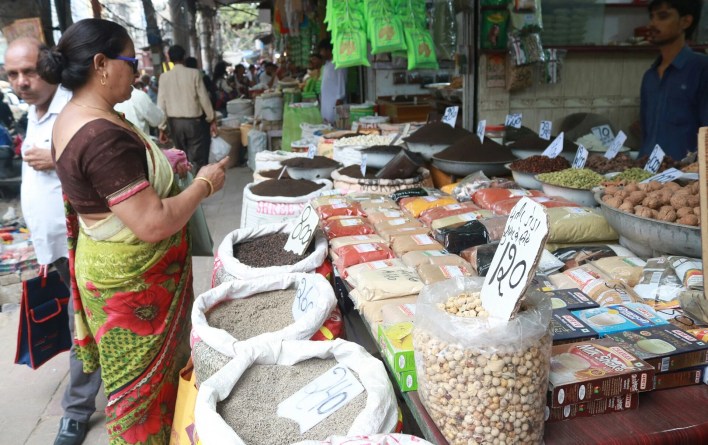 Experts recommend putting any money you don’t need for immediate income into pensions and investments if you’re nearing retirement. It will have the best chance of fighting Inflation over time if it does this.

Indeed, this could be an excellent opportunity to boost your retirement savings by contributing to a private pension or other alternative assets.

“While taking advantage of company matching contributions to a pension fund is extremely important, individuals may want to consider investing funds above and beyond that in a self-directed retirement account, as well as other investments such as real estate,” Julie Gillespie, head of market research at financial analysis firm TipRanks, said.

As a retiree, here are some tips on keeping your money safe.

If you’re already retired, you can use various strategies to manage better your pension, such as converting to an annuity or purchasing financial products designed to outperform Inflation. Treasury Inflation-Protected Securities (TIPS) in the United States are one example.

“While investing in TIPs is a defensive strategy that will not make up for money lost to inflation, now may be a good moment to obtain some exposure to them to protect against the ravages of future inflation in a pretty low-risk fashion,” Bailey said. Inflation is wreaking havoc on retirement funds. Here’s how to take care of yours.

Pensioners may also want to consider shifting their money out of the bank, where cash holdings are being drained despite rising interest rates, and into alternative short- and medium-term investments.

“There’s a lesson there for retirees: don’t put all of your money in the bank if you plan to extract it in the next few years. Look for a broader selection of investments to diversify your portfolio “Knox remarked.

These are examples of this: investing in ample funds or identifying certain stocks that may do well in a stagflationary climate. Slow economic growth combined with rising Inflation is referred to as stagflation.

“Ironically, utilities, healthcare and consumer staples are defensive equities in sectors that will do well if the economy slips into a stagflationary zone,” Ed Monk, an assistant director for personal investing at Fidelity International, said.

“Another place to explore is the energy industry, including businesses like Shell and BP.

BP is profiting from the rise in oil costs, “Added he. However, until markets become more secure, it may be prudent to cut back on non-essential spending and use money-saving measures such as weekly budget checks.

“During times like these, families, particularly seniors, need to start thinking critically about their finances. They probably budgeted for 3% inflation rates before retiring, but the rate has since jumped to 8%+ “Janeway remarked, “Change that plan.”

Delhi Schools Won't Shut, Masks To Be A Must: Sources As Covid Cases Rise 2022