The rupee tumbled 31 paise to end at 74.88 against the US dollar on Monday, marking its second straight session of loss amid a negative trend in domestic equities and strengthening of the greenback overseas.

At the interbank foreign exchange market, the rupee opened on the backfoot at 74.73 per dollar as against its previous close of 74.57. 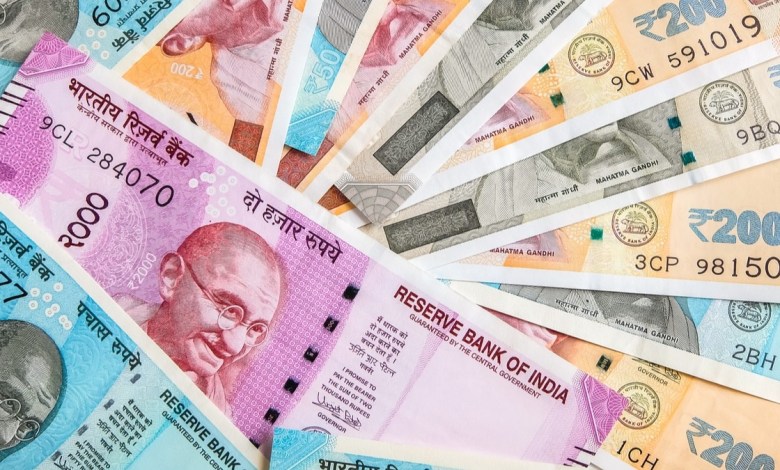 The domestic currency has lost 0.34 rupee in the two trading sessions to Monday.

“The Indian rupee depreciated after last week of consolidation amid risk-averse sentiments globally. The impact of inflows and lower crude oil prices have been priced in by the market while surging delta virus cases globally raised concerns for recovery,” said Dilip Parmar, Research Analyst, HDFC Securities.

The near-term focus will remain on risk sentiments with strength in dollar index, and spot USD-INR could break the psychological level of 75 in coming days while 74.50 becomes near term support, Parmar added.

Meanwhile, the dollar index, which gauges the greenback’s strength against a basket of six currencies, rose 0.27 per cent to 92.93. Foreign institutional investors were net sellers in the capital market on Friday as they offloaded shares worth Rs 466.30 crore, as per exchange data.

“The Indian rupee depreciated against the US dollar on Monday tracking the strength of the greenback as investors flee to the safety of the dollar amid rise in COVID cases and weak risk appetitive,” said Sriram Iyer, Senior Research Analyst at Reliance Securities.

Most Asian and other riskier currencies were weak against the US dollar on Monday as investors expressed renewed scepticism over the potential for a strong economic rebound from the pandemic.

According to Anindya Banerjee, DVP, Currency Derivatives & Interest Rate Derivatives at Kotak Securities, “the resurgence of COVID cases in Europe and parts of Asia, due to the new delta variant is leading to fresh social restrictions and that is weighing on sentiments.”

The dollar rose in Monday afternoon trade in Asia maintaining its recent strong tone as rising COVID-19 cases threaten to derail the global economic recovery, prompting a flight to safety, according to traders.

“The Indian rupee slipped lower to test three-month lows in line with the sell-off witnessed in the domestic as well as global equities.

“The sentiments have soured amid the rising spread of the highly contagious Delta variant of the COVID-19 virus, which is likely to hold back the pace of global economic recovery,” said Sugandha Sachdeva, Vice President – Commodity and Currency Research, Religare Broking Ltd.

Besides, the current burst of high inflation seems to be more persistent, rather than ‘transitory’ as the US Fed thinks. This is leading the investors towards the safety of the greenback which is trading near its highest level in months, Sachdeva said.

“As for the domestic currency, since it has breached the crucial support of the 74.90 mark, we envisage it to drift lower towards 75.50 in the near-term,” Sachdeva added.

How European Union’s New Climate Agenda will affect the businesses.