As the situation worsens due to the rising number of cases of the second wave of the coronavirus pandemic, the economy that was starting to stabilize, in the past few months due to the reopening up of many firms and businesses in different sectors, has now started to brace itself for the upcoming crisis that may arise with the new lockdowns that are being imposed to curb the situation. Just as the businesses such as movies, salons, travel, restaurants had thought they had overcome the crisis, there lies a new threat in front of them. With this surge in the new second wave covid cases, many state governments have had to impose various restrictions to handle the situation. In Maharashtra, where the numbers are at an all-time high, the state government has had to impose restrictions on restaurants, malls, theatres, bars, gyms, non-essential shops with the end of this month stranding many businesses and companies to a clear crisis.

According to the Lobby group Retailers Association of India (RAI), the lack of funds will have a huge impact on the retail industry as the industry will again start facing challenges in terms of liquidity if the retail lockdown is continued. What also needs to be understood here is that retailers still have to pay for things like electric bills, taxes for the property, rents, etc even when the businesses are shut. According to Rajagopalan Kumar, who is a chief executive of RAI, the impact of the new order will not only be huge for the retail ecosystem but will also have a huge impact on the employment of millions of staff working in these areas. The retails are already in a very tough spot right now as almost 60-70% of costs are fixed, and factors like low margins add to the limited flexibility of this industry, of which salaries of employees and rents constitute the major chunk. The working capital is also quite high and as it is known that most of this capital is borrowed, it puts them in a very tough liquidity crisis.

In Maharashtra particularly, the scenario of the restrictions, according to order out on April 4th, is that dine-in at restaurants will be prohibited till April 30, services like home delivery, parcels, takeaway orders will be allowed only between 7 am and 8 pm on Weekdays. Whereas on weekends, only home delivery will be permitted from 7 am to 8 pm. Some restaurants have also decided to send all of their staff homes as there is only going to be a need for takeaways and deliveries, the restaurants have also been taking into consideration the cost of vaccinating their staff. According to Pranav Rungta who is a chapter head, Mumbai at the National Restaurant Association of India (NRAI), the number of dinner time delivery orders are likely to drop by almost 50% mainly because most people do not order dinner before 8 pm but if the government is going to put restrictions till 8 pm, they are left with no choice. When we talk about Mumbai, the city alone has about more than 1,00,00 eating outlets. According to Pranav Rungta, 15 percent of them are likely to shut down. This situation is considered worse than before mainly because earlier at least deliveries were allowed post 8 pm and also the fact that the restaurants will have to deal with those kinds of conversations and situations again where they have to negotiate with landlords in terms of rents and make adjustments with the hospitality associations, which is nothing less than a nightmare. Many mall executives have been saying that they are currently just observing the situation, how things go, how the things are being handled, and what kind of impositions are there to come however, one of the many retailers who were going to be affected the most are the ones that operate on a comparatively smaller scale that have a smaller franchise with individual stores, as mentioned by the CEO of Mumbai’s Inorbit mall, Rajneesh Mahajan. According to him, as far as it comes to working for the rentals department, the industry will be required to collaboratively come together. Cinemas will remain shut in Maharashtra for this complete month, for Karnataka they will operate with a 50% capacity, and for Rajasthan, the theatres will remain closed on weekends. According to Girish Johar, who is an exhibition and trade expert and a film producer, the box office collection of theatres is likely to go down by about rupees 200 crores. However, some of the cinema owners have also made statements saying that they will continue to run their business by shoeing regional language films and older films to help prevent any loss. Whereas, others have decided to completely shut off their business for a certain amount of time. 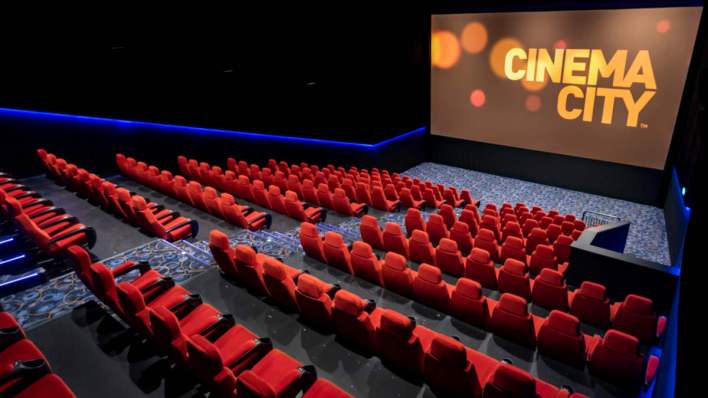 Some chief executive officers at cinemas have said that to cut down on electricity, housekeeping, and stuff like that, they will have to not show any new content in their cinemas and by keeping their properties shut. This will help in managing expenses in a very sustainable way. Amit Sharma, who is a chief executive officer at Miraj Cinemas, is relieved for the fact that about 20-30% of its company’s screens are in the southern region where regular content will be shown anyhow in terms of language movies. It is reported that employees working in Miraj had not experienced any kind of laying off in the pandemic, but it is said that this time they will be asked to have a cut off from their salary if things get worse.
Kunal Sawhney, who is a vice-president of Carnival Cinemas, had said that they are running their content in North India solely with manpower and are most likely to continue with it hoping that the restrictions and the lockdown along with the vaccination drive work out pretty well in lowering the number of cases in the country.

How Is Internet Exchange Important For India?